2001 BMW Z8 - Road Trip to Whistler: The Slopes Aren't the Only Place You Can Slalom 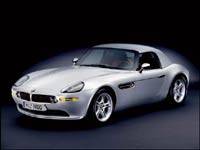 The low volume Z8 isn't exactly going to help BMW surpass its 1999 record breaking 9,011 cars sold in Canada, at least not directly. Indirectly, however, the sensational new roadster has done as much to boost BMW's stellar image yet further up the desirability ladder, as the exotic mid-engine M1 did in 1978. 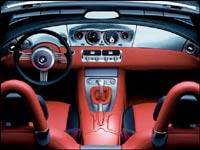 Although these impressive statistics place the Z8 in lofty company, with such supercars as the Ferrari 550 Maranello, Lotus Esprit V8 Turbo and Corvette Z06, the numbers by themselves hardly tell the entire story. There is a mystique embodies within a true exotic automobile that simple mathematics cannot convey. After all, the Ford SVT Mustang Cobra R, while posting similar performance figures, hardly qualifies as an exotic piece of machinery. This glorified status belongs to the few automobiles endowed with a fine pedigree, often involving a racing heritage and celebrity status. They quantify style, substance and exclusivity, combined with an equally exclusive price. The Z8 embodies these characteristics and then some.

The designers of BMW's new flagship were inspired by the legendary 506 two seater that made its debut in New York City in 1955. Even though the Z8 has someth...

I've been a Saab fan ever since I gazed upon a stunning metallic silver 99 EMS model at my local auto show in 1976. It was gorgeous, sophisticated and techno...

OK, Suzuki is now officially the ultimate tease automaker. The GSX-R/4 Concept Car is yet another sensational driver's car that will never see the light of d...