"More of everything" was the direction given to the Ford engineers working on the 2001 edition of the SVT F-150 Lightning, and that seems to be exactly what they ended up with.

According to John Coletti, the chief engineer at Ford Special Vehicle Engineering, the new model of the souped-up pickup "elevates this niche vehicle to a higher level of performance and appearance. More horsepower, new rear-axle gearing, suspension fine-tuning and several distinctive exterior appearance changes make this SVT Lightning the most appealing ever."

In Coletti's view, "The 2001 SVT Lightning gives owners everything they've learned to love, but more of it. It's the most powerful, best-handling one we've yet produced, and some dramatic design changes make this 2001 model instantly recognizable."

The SVT team achieved more performance increases with a new rear axle ratio, with a "shorter" 3.73:1 crown and pinion gear set instead of the previous 3.55:1 ratio. "This improves off-the-line performance," Coletti says, "and is a key factor in reducing zero to 60 mph time from 6.2 to 5.8 seconds. Because of the higher driveline loads and rotational speeds, a new 114-mm aluminum drive shaft has replaced the previous 89-mm steel unit."

New shock absorbers for 2001 are monotube Bilstein gas-charged units at all four corners. "The damping characteristics of these shocks improve wheel control," Coletti claims, "while significantly improving the feel of the SVT Lightning's ride."

Also for 2001, the specially developed 295/45ZR-18 Goodyear  Eagle F1-GS unidirectional tires are built with the next generation F1 GS rubber compound, which is supposed to improve the tires' grip.

The SVT F-150 Lightning is built on the F-Series regular cab, short-wheelbase chassis so that the engine has pull around as little weight as possible, which Coletti notes should "optimize handling and acceleration. This configuration also provides a dynamic visual presence," he adds, "which is enhanced with design changes for 2001."

Exterior elements that distinguish the 2001 SVT Lightning include new upper and lower front grilles with a horizontal billet-bar design that is unique in the F-Series line. The headlights, taillights, side-marker lights, and the signature round fog lights all now have clear, crystalline lenses found only on Lightning, which Coletti says give the exterior a clean, jewel-like appearance.

The cast aluminum-alloy, five-spoke wheels measure 18 x 9.5 inches and are restyled for 2001 with a sharper-edged design, which further distinguishes this vehicle from previous models.

In response to customer demand, Coletti says, there are sun visors with lighted vanity mirrors. "These new visors also have auxiliary blades that can be flipped to the side to add shade to the top of the side windows."

The only option available for the SVT Lightning is a factory-installed soft tonneau cover. 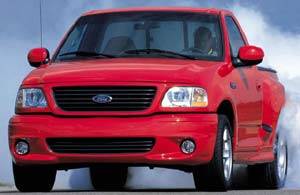 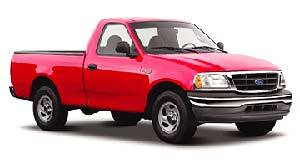 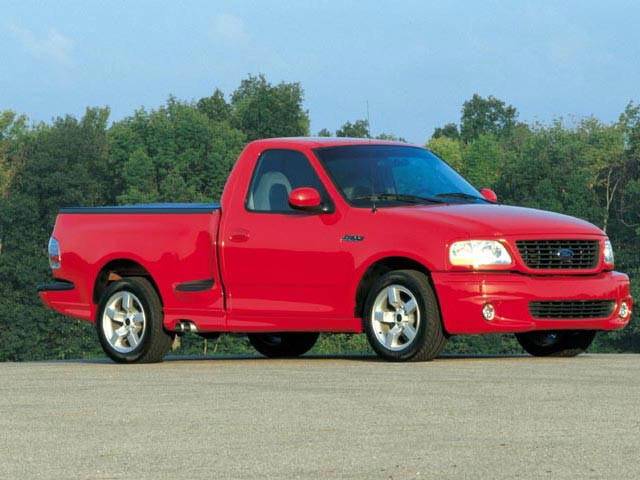 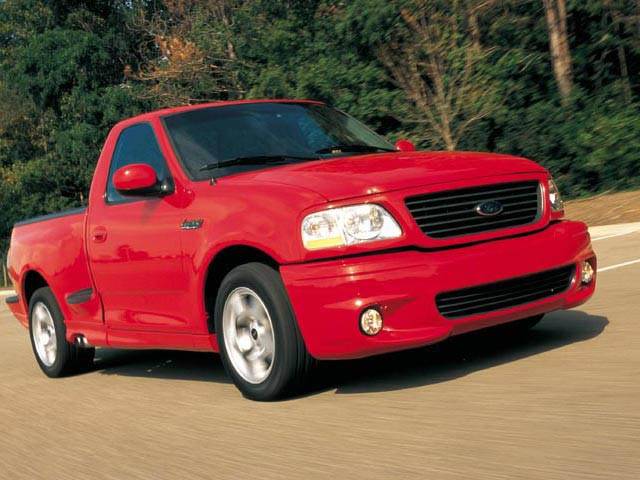 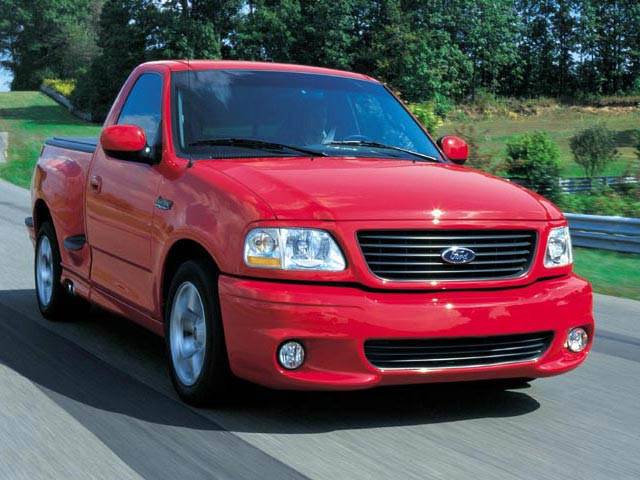 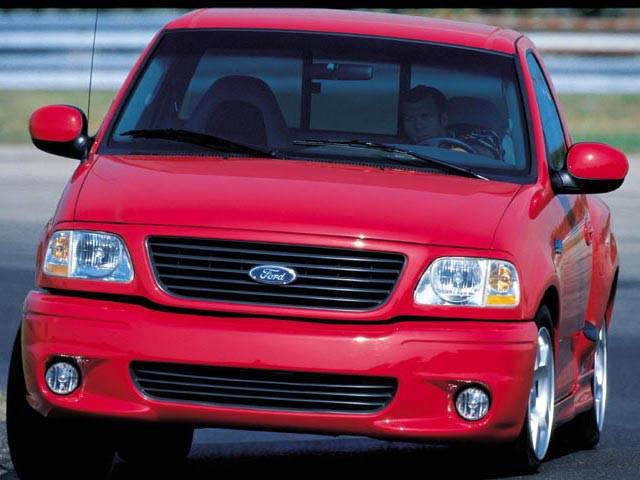 Pickup trucks and environmental protection don't usually go hand-in-hand. The all-new 2015 Ford F-150 changes all that by making extensive use of recycled an...