News
Named by the Automotive Journalists Association of Canada as the Best New SUV/CUV Under $35,000, the 2012 Dodge Journey delivers outstanding refinement and practicality for its modest pricing.

This week's tester is the R/T AWD version of Dodge's popular family hauler, which puts it at the high-end of the Journey's price range. At the time of writing, a consumer cash incentive of $2,000 shaved the MSRP of this nicely equipped near-top-of-the-line unit to $29,095.

Pentastar V6 awakens Journey
Chrysler re-wrote history last year by dropping their award-winning Pentastar 3.6L V6 engine into the Journey. This is the "must-have" engine that optionally replaces the base powerplant, which is a 4-cylinder mill generating 173 horsepower.

The Pentastar engine is a smooth performer, dispatching 283 horsepower to the front wheels, or all four wheels in the case of my tester. The Pentastar presence greatly alters the character of the Journey by fortifying it with noteworthy power and performance.

From the push of the start button, I was impressed with the operational refinement this engine has given the Journey. It imparts a more upscale feel to the midsize crossover, which was greatly needed.

The Pentastar mill brings with it a superior transmission as well. While the 4-banger is married to an old-school four-speed autobox, the thoroughly modern V6 is partnered with a six-speed automatic transmission, further leveraging its benefit.

The six-speed box worked fine but seemed a little lethargic at times and didn't shift from first to second gear with decisive ideal. Nonetheless, the transmission did what it was supposed to in making the best of the V6's output.

Driving dynamics
While it's no sports SUV, as the R/T nameplate may imply, this version of the Journey is a capable vehicle that's guided by responsive steering and ride quality that emphasizes comfort over athleticism - and I'm okay with that. This is a vehicle intended to move families and their belongings in soothing safety rather than exhilarating zeal.

I found the driving position to be well suited to the vehicle; however, a few shortcomings were observed, such as wide A-pillars and large rearview mirrors that intruded upon left and right sightlines. And while referencing matters of visibility, the font and various icons displayed on my tester's centre-stack interface screen were too small and difficult to read for my eyes.

This screen is much smaller than the larger one that accompanies the optional navigation system. I didn't like the base screen or its layered menus for adjusting the numerous settings and functions it administers. Fortunately, the basic HVAC controls and a few other items are traditional in operation and not part of the tactile interface collection.

Apart from my small-screen gripe, I have to applaud Dodge for their 2011 makeover of the Journey's cabin, which rolls into 2012 unchanged except for some minor repackaging of content. Overall, the Journey's living space is quite impressive within the segment, especially in R/T trim.

Functionality on a smallish scale
The Journey's cabin holds a number of surprises to aid in family transport. First and foremost is the availability of third-row seating, bringing the occupant count to seven. While the third row may be a squeeze for adults, it's well suited to youngsters.

With the third row folded flat, the Journey supplies plenty of cargo room behind second-row seating. This all but disappears when the third row is in use, but that's to be expected given the Journey's midsize grouping.

The surprises referenced include pop-up booster seats built into the second-row cushions and floor storage bins located behind the front seats. These can be exceptionally useful for storing kid-related needs.

There's also a storage bin beneath the cushion of the front passenger seat. In addition to its ability to conceal valuables, this seat also folds flat, expanding the Journey's ability to accommodate long items.

Concluding our Journey
I have to keep reminding myself that my $30K tester is the top Journey in the lineup, and a far cry from the CVP (Canadian Value Package) trim level stickered at just $20,995. But even the CVP version gets stability control with roll mitigation, a full suite of airbags, Dodge's Uconnect Media Centre and a host of comfort and convenience features.

Whether seeking V6 power and AWD or simply scouting a basic family mover, the Journey deserves a close look. It was vastly improved in 2011, receiving greater refinement, performance and value.

While the 2012 Journey has a few shortcomings, its versatility, comfort, safety and practicality are indisputable. 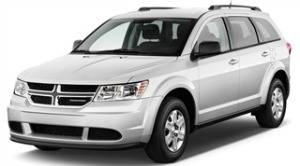 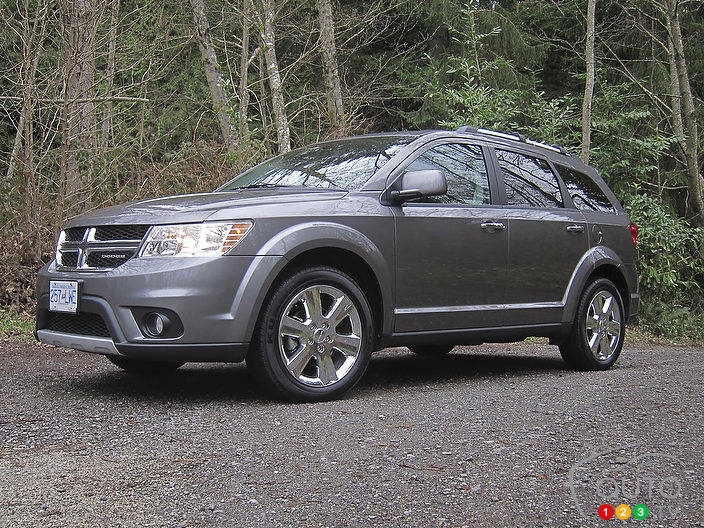 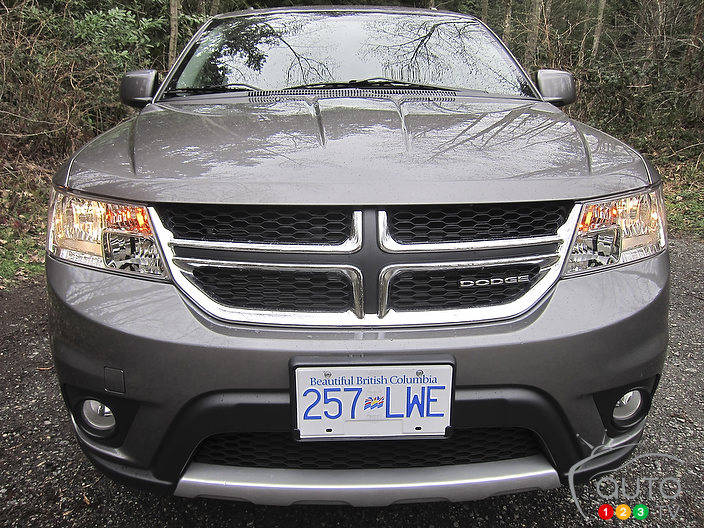 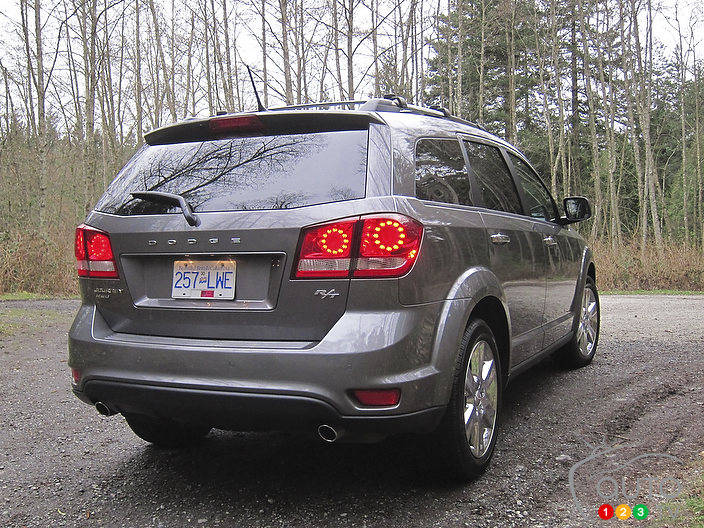 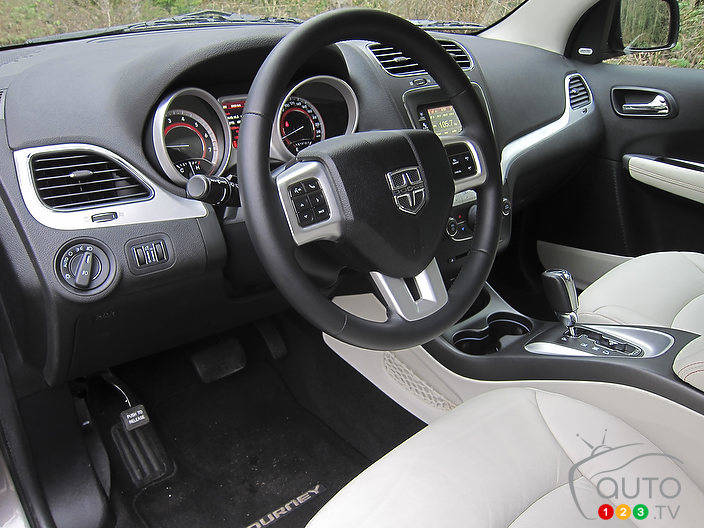 There's an all-new Nissan Pathfinder hitting Nissan dealer lots for the 2013 model year, meaning the last-generation model has now transitioned fully into us...