DEARBORN, Michigan - When Ford launched its "Power of Choice" tour, its onslaught of products was rounded off with the inclusion of their first, all-electric vehicle. The tour, which proved that there was no single solution to our ongoing quest to reduce fuel consumption and toxic emissions, offered a variety of choices to suit the various needs of consumers.


The Focus EV is a jaunty little hatchback with a face that eerily resembles something from the Aston Martin design studio.

Ford's first all-electric vehicle, the Focus EV, boasts a new 240-volt home charging system that will recharge the battery in three hours -- half the time of competitor, Nissan LEAF. Using 120 volts, however, it takes about 20 hours to fully charge the 23 kW lithium ion battery pack.

The electric Focus has no tailpipe and no exhaust, therefore, no emissions whatsoever.

Over at Ford's small Dearborn proving grounds test track, we had a chance to experience the all-electric Focus at a little faster pace than we would on city streets.

Unlike some of the purpose-built EVs that start with a clean slate, the electric Focus evolved from a car that was already pretty fun to drive. Although the LEAF's design makes better use of space -- hiding the battery pack beneath the floor not only frees up room, it also provides an excellent centre of gravity -- it's rather devoid of character when compared to the frisky Focus EV.


Other than a trunk that's been compromised by the intrusion of the large battery pack, and of course that distinctive new face, the electric Focus differs little from its conventional gasoline counterpart. There's none of the unsettling weirdness that we've come to associate with electric vehicles, in fact it's a good looking little hatch.

As for the driving experience, it's completely conventional, other than the eery silence and myriad displays. The conscientious, energy-conserving driver is rewarded with an info screen full of butterflies -- inspired by the "butterfly effect" wherein small things (such as the old adage of a butterfly's flapping wings disrupting the weather) can cause big change in an eventual outcome.

Watching the energy flow back to the battery on the brake regeneration display seems to impart a strangely compelling need to drive conservatively and coast whenever possible.


Initially, there's a somewhat odd feeling of waiting for the single-speed transmission to swap ratios as it just continues to accelerate in a smooth progression.

The electric Focus is powered by a 141 hp AC motor mounted between the front wheels. Torque output is 188 lb-ft, and acceleration is somewhat leisurely. However, the steering is sharp and the Focus feels solid and refined with enough stiffness that there's no discernible body roll in fast corners.

With a range of up to 160 km, the $41,199 Focus EV is well-suited to the urban dweller, folks with a longer commute would probably be better served by a plug-in hybrid or one of the EcoBoost powered vehicles. 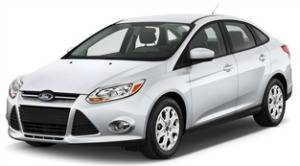 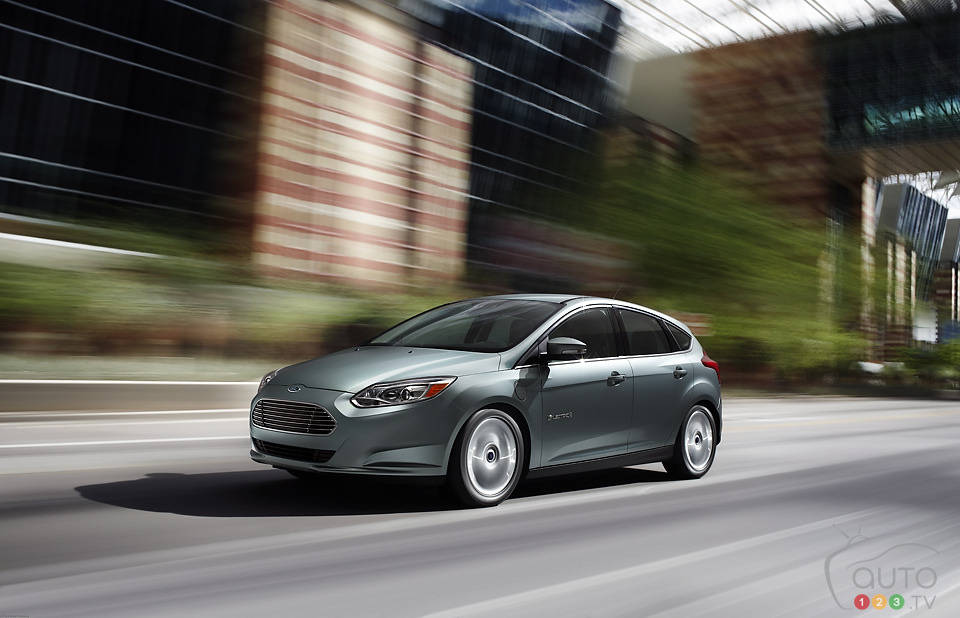 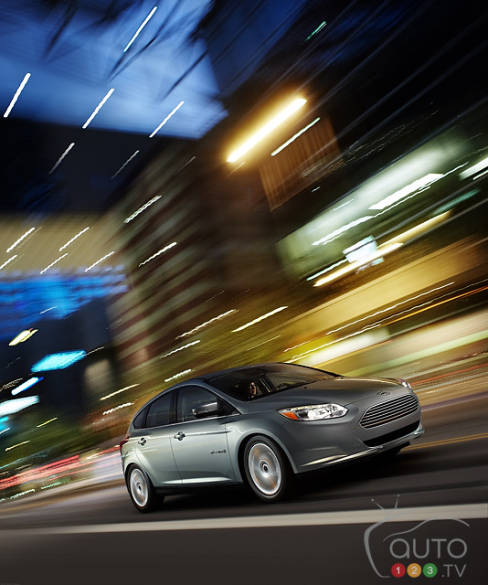 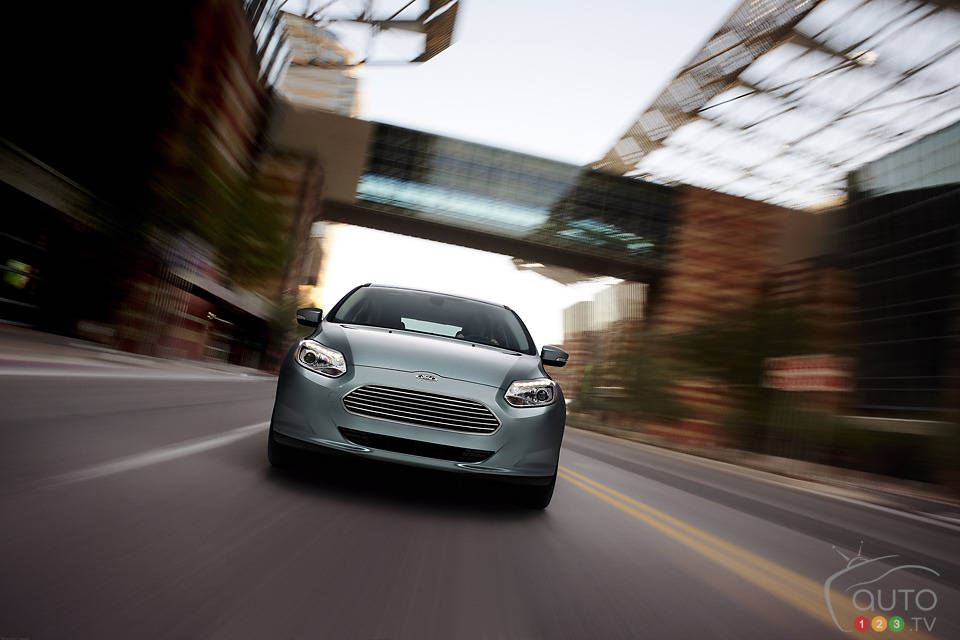 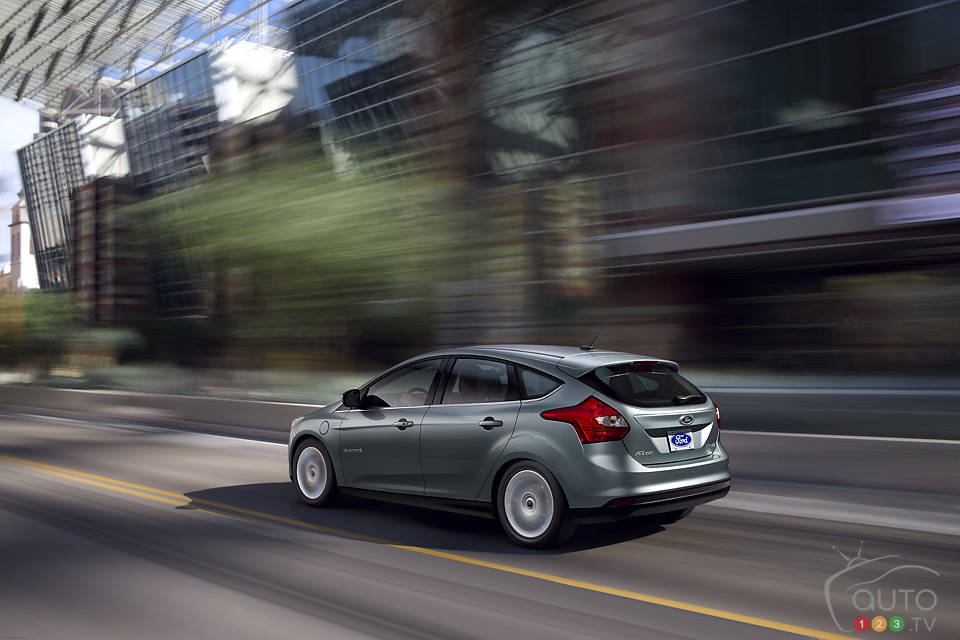 Top speed is OK ... if you're a racecar. If you're an electric car, the speed that's more important is charging time. In this regard, the new 2012 Ford Focus...

This month Ford proudly revealed that the new 2012 Ford Focus Electric will be the first all-electric five-seat vehicle to achieve a fuel efficiency rating o...

At the 2011 NAIAS in Detroit, Ford gave fans the opportunity to test-drive the all-new Focus Electric. Obviously, this exercise helped regular folks find out...