We’ve all gotta grow up eventually. I know, trust me, it sucks. Being an adult isn’t always the most fun, but it has its perks. For example, no bedtime (which inevitably means staying up till all hours binge-watching shows on Netflix then suffering for it the next day… but I digress), you can eat what you want, wear what you want, spend your money on what you want, and no one is going to tell you it’s a bad decision or what you should be doing.

I’ve come to realize that cars go through the same maturation process, so to speak. As models progress, generation to generation, an aging process occurs. Sometimes models go through a bit of a regression -- I see that as the awkward pre-teen days. Others have changes so wild and outrageous you wonder what the hell the engineers and designers were thinking (read: teenage rebellion). However, when a car settles into its age appropriately you have vehicles like the Impreza to look to as an example.

All grown up
The 2015 Subaru Impreza has much to be proud of in its growth as a model in the Subie family. While always in the shadow of its souped up versions the WRX and STI, the Impreza now stands tall and proud on its own. It has come into its own, and is doing very well as such.

By this point we’ve all gotten used to Subaru throwing a new face on their vehicles every few years. This last update thankfully brought back a bit of the “ugly” that makes a Subie a Subie. See, the generation before they went a little too mainstream and the Imprezas I spotted on the road took me a moment to recognize; was it a Mazda? A Nissan?

Thankfully, Subaru is starting to get a bit of its individuality back. And while it might not be to everyone’s liking, the latest Imprezas (both hatch and sedan) have a look that is almost all their own.

My particular Venetian Red Pearl hatchback Impreza coupled with a black leather interior looked as sophisticated as a subcompact vehicle can. The redesigned hawk-eye headlights (not to be confused with those that first appeared on the 2006 Impreza), and bolder front grille with chrome edging and detailing, give the Impreza a much more aggressive stance on the road (that doesn’t require a hood scoop to complete the look).

Technologically matured, as well
And it’s not just in the way it looks that the Impreza has reached puberty and made it through without too many pot marks and scars; inside, the 2015 Subaru Impreza now features some great options as well as standard equipment.

Of note, my particular tester was the top-tier Impreza 2.0i Limited with Technology. Roughly, that means this puppy came with everything possible and carried a starting price of $30,295 (the Impreza lineup starts at $19,995 for a 2.0i 4-door).  Essentially, what that means is that my particular Impreza (and every one equipped with Technology) featured Subaru’s EyeSight safety feature.

Now, I could go on for an entire article (in fact I did already) about EyeSight, so I won’t bore you with the repetition. Essentially, this is a safety feature that “sees” for you as you drive using cameras to prevent front collisions, manage throttle, braking, and provides adaptive cruise control, lane departure warning, and a nifty feature called “lead vehicle start assist” which I quite liked.

What exactly is that? Well, let’s say you’re in line at Starbucks and have glanced down at the HVAC system or are browsing the music selection on your SiriusXM radio on the 7” infotainment screen and the car ahead of you has moved on. Instead of the person behind you jarring you back to reality with a honk of their horn, the Impreza’s EyeSight system will instead chime cheerfully as if to say, “Woohoo! You silly goose, you can move forward now! TeeHee!” It’s all quite pleasant, really.

Of course, the added cost of such a cheerful addition to the Impreza won’t be for everyone’s wallets, and that’s totally understandable. This is a feature better suited to the Legacy, however, it is nice to know it is offered in the Impreza lineup.

Some things never change
Which is a very, very good thing. Still present is Subaru’s infallible symmetrical full-time all-wheel drive system. I’ve always been a fan, and I continue to be. There are few AWD systems on the road today that feel quite as capable or well engineered as Subaru’s, and I hope that’s one thing it never grows out of.

Sitting atop those four hardworking wheels is, of course, a 2.0L BOXER engine that produces 148 horsepower and 145 lb-ft of torque. Unfortunately, the Limited with Technology only offers a Lineartronic CVT as a transmission. However, as far as CVTs go, the Subaru Imprezas is tolerable, and has been improved since it was first introduced a few years ago (read: it now “shifts” upon harder acceleration to stop the drone effect).

Power is plenty for the hatchback’s size and girth, and the suspension is just sporty enough to make you feel a little bit like a rally driver without causing you or your passengers to gripe about the bumps.

Growing pains
Do I think the Impreza is done growing up? Not really. I mean, do any of us ever really stop growing up? Life is all about continually trying to evolve and grow and improve oneself -- at least it should be. Sure, there are improvements to be made (while the screen size is nice for the infotainment system, the actual system itself is the pits), there are always going to be.

However, as it stands now, the 2015 Subaru Impreza is a viable and smart decision in a segment rife with stellar choices; namely the Mazda3, Honda Civic, and Ford Focus. Its most redeeming quality? You already know that answer, it’s awdsome. 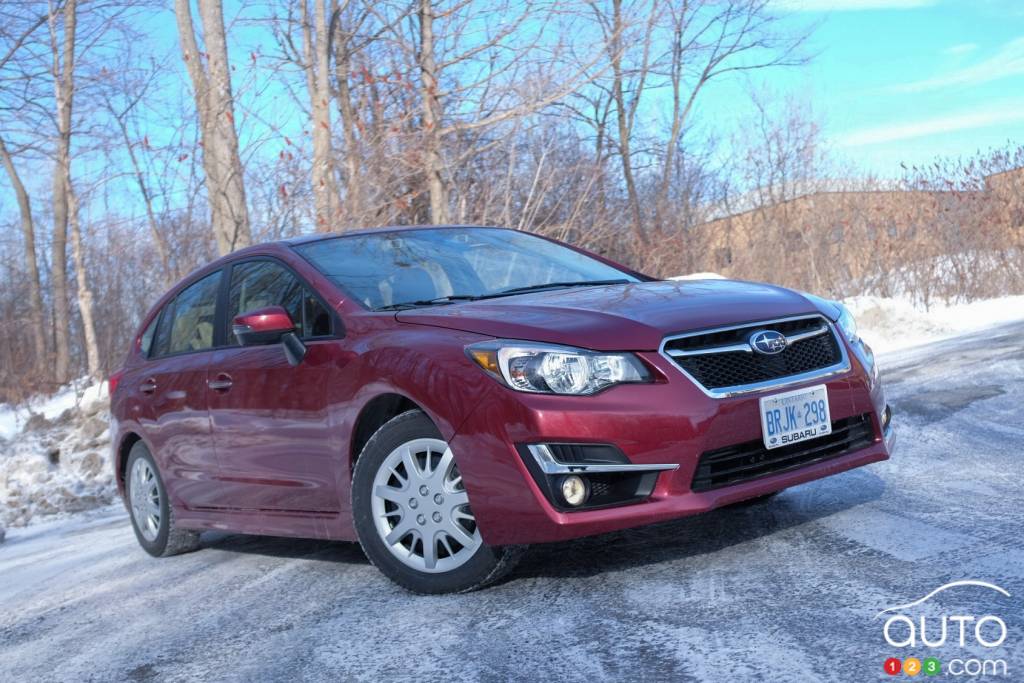 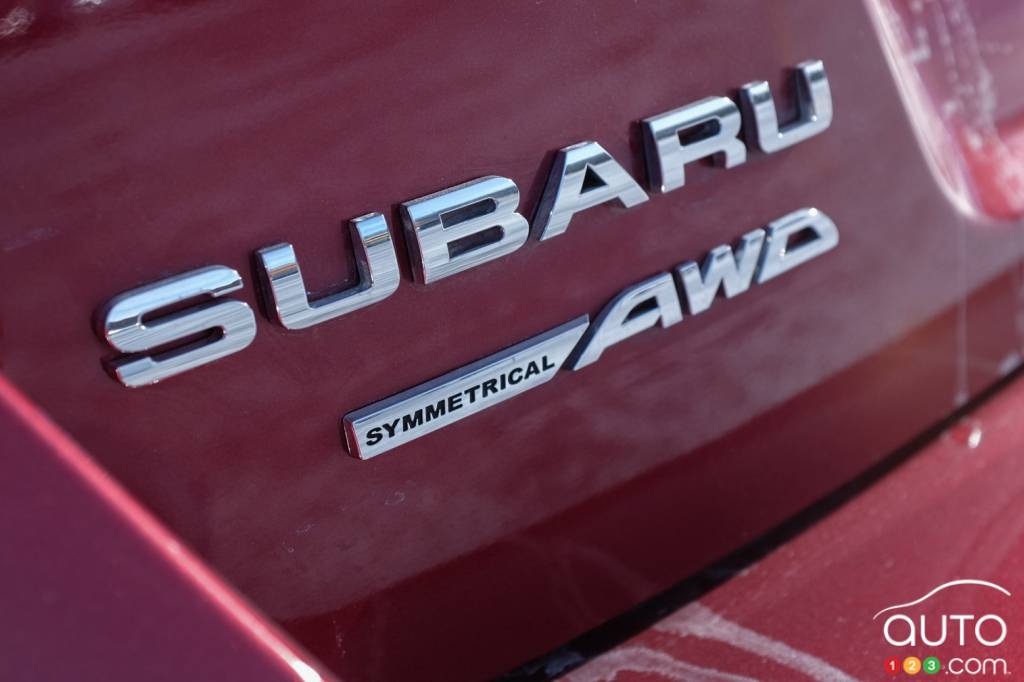 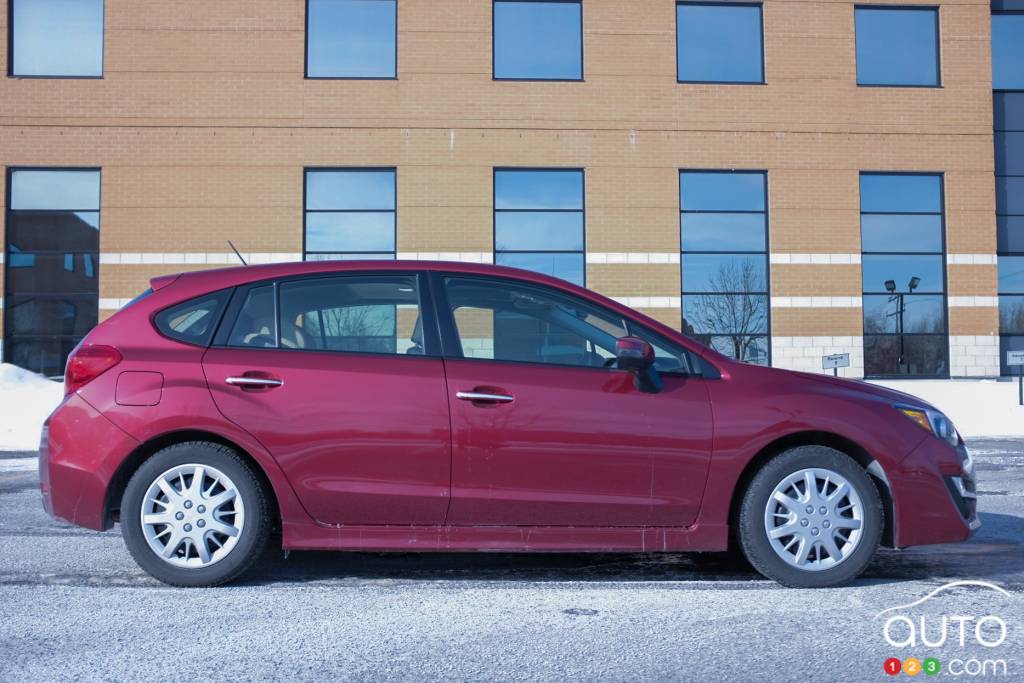 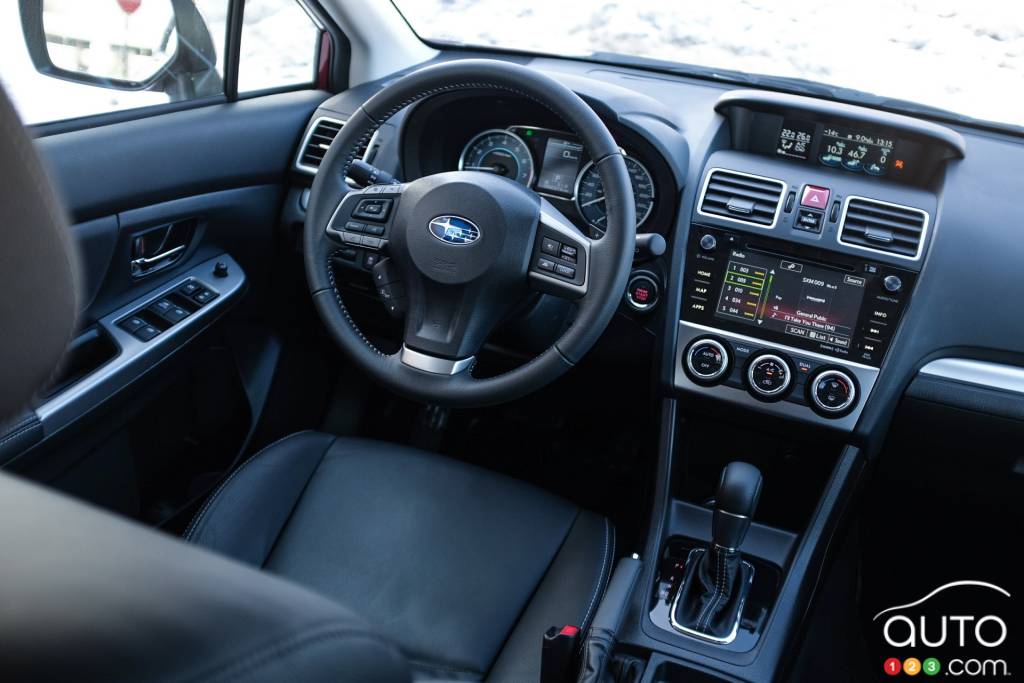