Portland, OR -- As part of their portfolio, car companies have halo cars, bread and butter cars, go-anywhere-do-anything cars, and go-to cars. The latter are the ones that seamlessly or as much as possible combine the best and most desirable attributes from the other vehicles into one. It is, essentially, the jack-of-all-trades master of none.

For certain, brand DNA is part of the equation and when everything else comes together just about perfectly, you get a Lexus RX. This luxury sport utility vehicle has mastered the art of being so much more than an ES, as luxurious as a GS, capable of cottage-country roads similar to the GX, all while being rolled into a family/business vehicle that looks good in the process.

Monumental success
To say that the Lexus RX has been a hit would be an understatement. Lexus’ original midsize luxury CUV is a pioneer of the segment, but this is only part of its mettle. It is in fact the brand, the Lexus. Want proof? It represents 40% of all Lexus sales. 40%. Toyota’s deluxe brand lies upon the RX’s very capable shoulders.

The pilgrim that is the RX arrived for the first time as a 1999 model year offering. It quickly caught on and became the staple that I’m referring to. Now in its fourth generation, the process of renewing this vehicle has never been a more difficult task. For the last seven years, it has topped Lexus charts everywhere. I’m glad I wasn’t the engineer tasked with creating the new ute.

Last year’s introduction of the NX may have caused a few shoppers to scratch their heads as the gap between the NX and RX was very narrow. The good people at Toyota were already well on their way with the new RX and this explains its new larger outer dimensions.

Not so subtle and bigger
The 2016 Lexus RX is now 120mm longer, its wheelbase has grown by 50mm and its width has increased by 10mm and it shows, mostly from within. The vehicle’s body is a blend of upscale design, elegance and striking creases and bold cues. Lexus call it seductive strength. I see it more as a mixed bag of “wow” and “what were they thinking?” But with a few glances from various angles, it all comes together quite well. To be honest, at first I thought the NX to be ungainly at best, but now it's actually cool. My guess is that the same acceptance process will happen with the RX.

The most shocking element on this and other Lexus products is the spindle grille, originally presented on the 2013 Lexus GS along with the company’s current design language. The fact that it is reflected on the rear hatch, like the NX and RC, is nice but I still twitch at the sight of it. A Nnat piece of tech is the Lexus “touchless” hatch opener: wave your hand or elbow ahead of the rear Lexus logo (with keys nearby) and the hatch will open.

The catch is that the F Sport package is a must and thankfully, we Canadians dig it.

F Sport, F Sport, F Sport, F Sport…
The F Sport brings with it F Sport important visual exterior trim and accessories enhancements namely to the vehicle’s aero along with some lovely 20” wheels. The interior also gets many goodies, and I’ll go over them later. The important bits include the adaptive variable suspension (AVS) and the Drive Mode select.

Lexus drive
I began the road test in a FWD RX 350, a version we won’t be getting in Canada. It was odd to experience a minor bout of wheel-spin from a standstill and a pinch of torque-steer, but I can report that the 3.5L V6 that now puts out 295 horsepower (up 25 hp) and 268 lb-ft of torque is quite sprightly. As well, the 8-speed automatic transmission is a prime example of seamless efficient shifting. And when rushed, the ‘box maintained all of its composure responding quickly and without delay.

The ride quality is better than good. This is, after all, a Lexus and it must live up to the company’s image. The standard suspension setup is tuned for relaxed comfort and cruising. Handling is predictable, but the absence of rear-drive wheels played funny games in my mind. The FWD RX did not seem as steady or firmly planted as the RX 450h I drove minutes later.

This is the RX to have. With the F Sport package (for the first time on a hybrid), this Lexus is the one to buy. It features all the lovely and aggressive exterior bits, along with the Lexus Hybrid Drive. This powertrain combines the same V6 along with a rear electric motor with a reduction drive and a new three-shaft configuration for a total system output of 308 horsepower. A CVT transmission is responsible for controlling engine speed.

Within the first few kilometres, it was obvious that the added weight (although reasonable thanks to the use of aluminum) in the rear contributed to a more luxurious and poised ride. Of all the hybrid offerings on the market, the RX has nearly always been my favourite. Introduced for the first time in 2006, it has always managed to combine the best elements of the Lexus brand and the RX’s attributes as a luxo ute.

The new one is no different. It is quick-ish, comfortable, proficient, and extremely quiet. On that last point (also applies to the 350), the 2016 RX is chock-full of NVH countermeasures, including sound-absorbing materials everywhere, acoustic glass, and silencers. Oddly though, the F Sport ensemble throws in an annoying sound generator, which is nothing short of stupid and annoying. 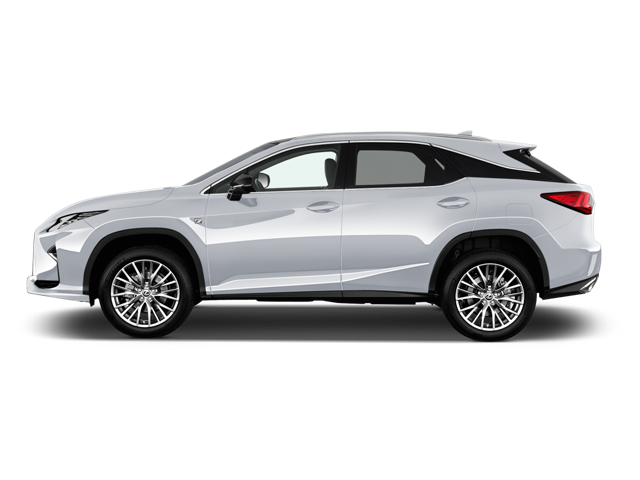 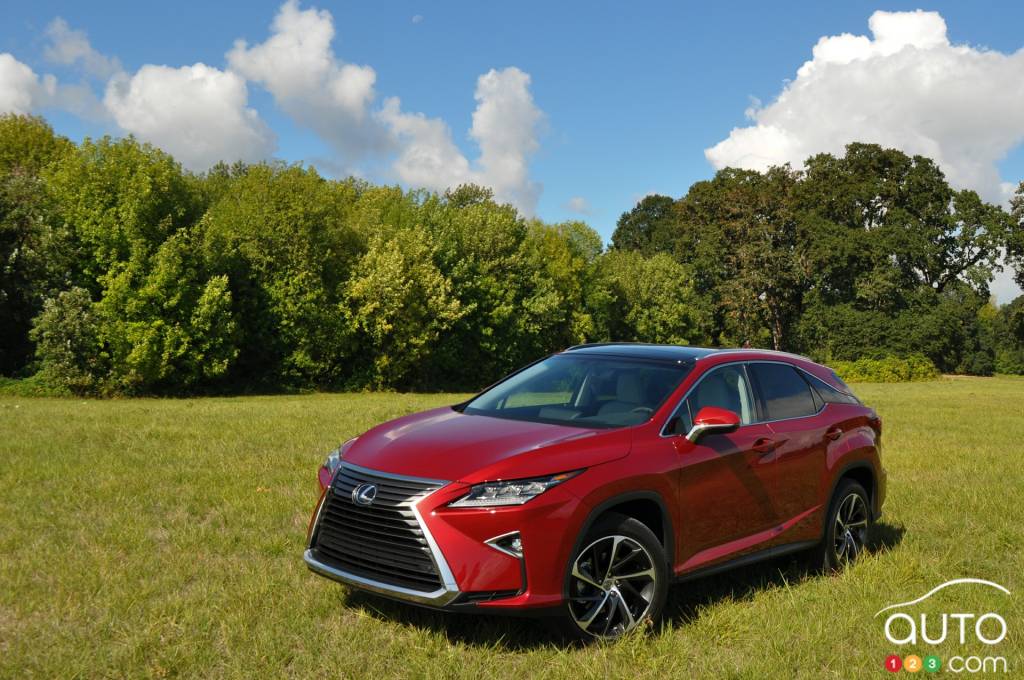 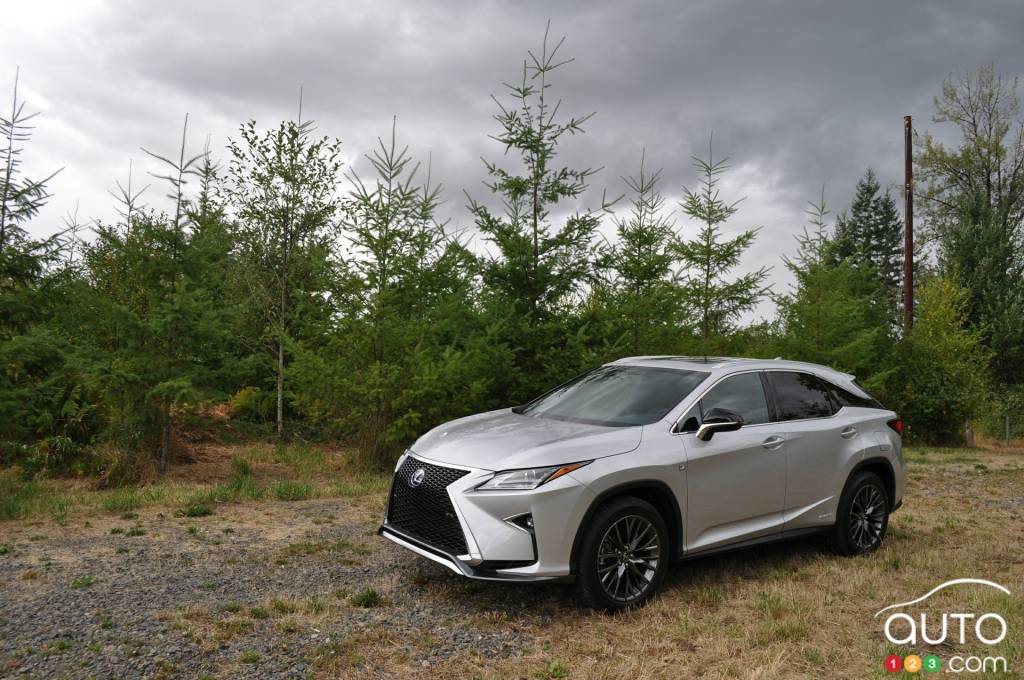 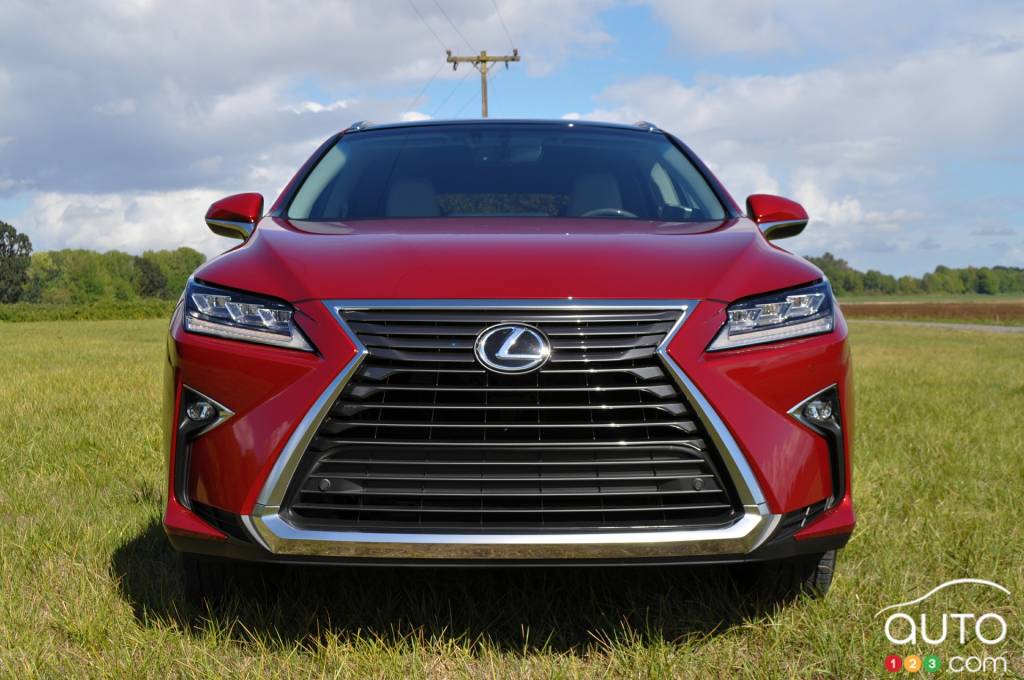 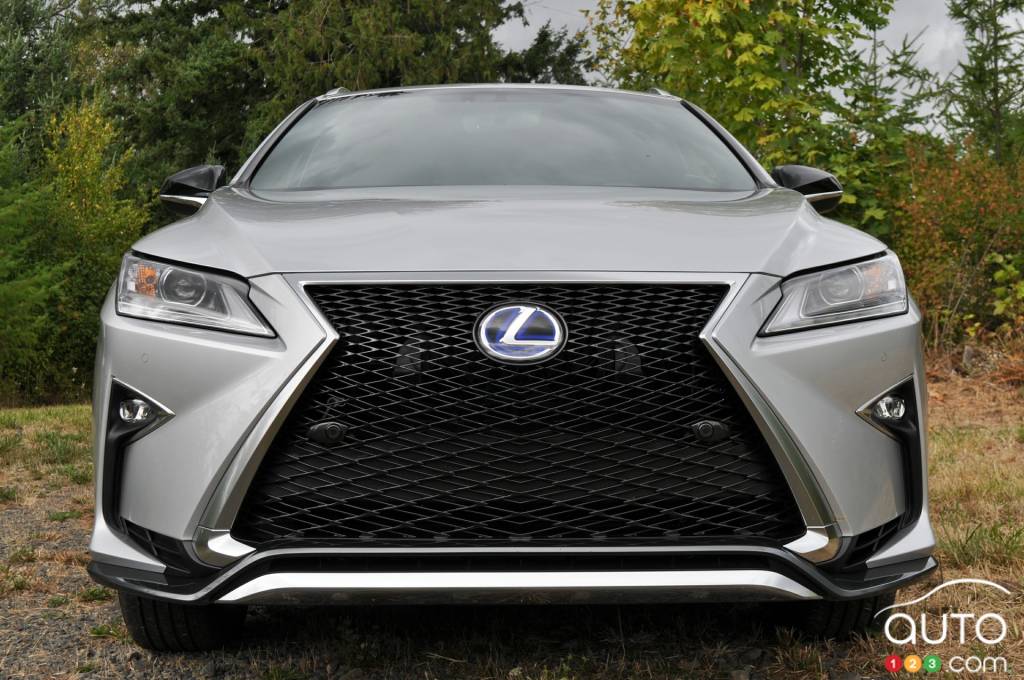 More F Sport, F Sport, F Sport, F Sport…
Driving the 450h is pleasurable as in; it’s rapid enough, more than plush, good on gas, and handles well. All of this can be tinkered with thanks to the Drive mode select that can vary throttle, steering and suspension, from ECO to Sport+. The AVS with the F Sport on the hybrid makes a sufficient amount of difference notable in Sport+ when the dampers stiffen up a little. The same occurs with the electric steering. For daily usage, the sharpened throttle administered in Sport make the drive a little more electric… If the going gets ugly, the rear electric motor will join in to keep things going. When not “in use” it acts as a generator. As is though, it’s bloody good. Think Lexus luxury SUV…

This is luxury
And now for the cabin: The goal was to exceed the RX, exceed what the RX was. On the drive and exterior design fronts, they’ve raised the bar a notch or two but where the interior’s concerned, it’s more like a half-dozen cogs.

I’m not sure what’s more impressive; the materials or the craftsmanship… Somewhere between stitched leather on the dashboard, laser-etched wood and good ergonomics, the RX’s passenger quarters are as opulent as they are roomy (thanks to its bigger size). The seats, yes, the seats: In the regular RX they’re good, but in the F Sport, they’re downright nuts. The exclusive seats would be at home in the RC F given their level of support from all directions. And they look fantastic!

The new vehicle also features Head-Up Display (HUD), a 12-speaker Lexus Premium audio system (15-speaker Mark Levinson is optional), and the premium navigation system includes a 12.3” (currently the largest in the biz) electro multi-vision display. Also thrown in is the newest generation of the Lexus Remote Touch interface, which is tolerable. Compared to the RC’s it’s brilliant, but that’s not saying much. If they keep at it, it’ll be good (eventually) and not as distracting.

More success to come
The new 2016 Lexus RX is designed to attract new guests, and it will. It is set to appeal to a broader audience and conquest sales are likely to come from a younger and more affluent group. Loyal guests, however, will recognize the product for what it is.

The RX is a hit and always gives buyers what they want, and even what they think they want. Neighbours of my parents are highly conservative and own two RXs! (I recommended the first and they were so happy with it they bought the second). The new RX's design might not suit their tastes at first, but they will feel renewed, younger and hipper when they purchase the next one. Because they probably will.
The RX is still built in Cambridge, On. -- the 1st Lexus plant outside of Japan to build Lexus products. The 2016 Lexus RX is set to arrive in early to mid November. Pricing will be announced closer to launch.

Lexus gave us an early first meeting with its upcoming new 2020 RX and GX models as part of its 30th-anniversary event in Costa Rica. On the one hand we disc...