There are about 7 really strong swear words in the English language, and 10 turns on the big track at Canadian Tire Motorsports Park, aka, Mosport. As such, drivers using their new AMG GT S as it was intended on a famous race-course like this one will be repeating themselves.

A few reasons for the cussing
The exhaust note is one. Downshift pre-corner, or hammer the throttle to leave one behind, and the power-dense 4.0L, 500 horsepower, twin-turbo V8 positively slathers the cabin with deep, lusty burbles accented by cracks and burps and snaps and pops during upshifts and engagement of the rev-limiter. At times, this thing sounds like the climactic finale to a really kickass fireworks display.

A few automakers get--like really get-- exhaust notes, and AMG is one of them.

There’s the acceleration, too. Paddle-activated upshifts occur at eye-blink speeds with explosive sound effects, and no interruption to the ravenous consumption of the tarmac ahead. Full throttle thrust is delightfully alarming, enough so that drivers will likely drop sequential expletives into their helmet. The lightning-speed shifts, the 500 horsepower, the nearly-as-much torque, and the slim and trim weight resulting from the GT S’ sports-car-from-the-get-go engineering all play a role in the ferocious blasts of speed.

All AMG
Remember that this car is built, not upgraded, by AMG. By engineering performance from the ground up, rather than fitting a barrage of go-fast goodies to a standard car, weight and mass compromises are benched, and things are kept light. The GT S steers and brakes and slips and slides in response to weight transfer absolutely instantly. The steering is heavy and locked-on, but works with a quick and snappy ratio so even little inputs make big changes in direction with an eye for communication and a feel for the car’s mass.

All said, the GT S transforms your every miniscule input into a big change to its position, direction and attitude, far more directly than you’ll find driving a hopped-up commuter model.

Respect = Reward
Though hard-driving of the GT S is rewarding, it demands your absolute attention and respect. The shocks, stability control, transmission, throttle response and even steering have numerous stages that can be engaged between “Sunday Drive” and “Bro, I’m totally gonna spank your Aston Martin around turn 4”. Still, the underlying chassis is tuned without compromise. It’s tight, taut and twitchy, things happen fast, and the high-precision calibration leaves little room for softness or forgiveness around the edges.

The smoothness required for successful fast laps is the responsibility of the driver here, more than the car. It’s a hardcore setup that can be softened up electronically, a little. But it’s hardcore nonetheless, and even more so in the S versions of the GT with the even-stiffer sport package shocks fitted.

Experienced motorsports participants will feel right at home and love the feedback and instantaneousness, while more novice drivers are advised to build their skill and comfort levels before engaging the higher-performance system calibrations.

Playing with fire
Driving the AMG GT S is like firing a sniper’s rifle: It’s only as precise as the person at the controls. Once that person relaxes, breathes and builds confidence and trust, combustion can be used to fire metal with impossible precision and speed through the air to its target. Apexes, in this case.

The GT S is not a machine that gives you uninhibited access to its full capabilities from the get go, it will get saucy if you push too hard, and it makes you work to access its limits with comfort. But get to know it through some quality time on a hot course, and you’ll be grinning ear to ear, and swearing profusely, with every turn you pick off.

An AMG GT or…
Options are numerous and compelling in world-class performance rocket-rides in the GT S’s neighborhood.

The Porsche 911 is gentler, more laid-back and easier to run around town with, though a model in the GT S’s output vicinity will cost some $22,000 more. The Jaguar F-Type R is more striking in appearance, right next to the GT S in terms of loudness and hardcore factor, and some $40,000 less, with 50 more horsepower. And speaking of deals, the Corvette Stingray, at half the price of the GT S, can be kitted up with a heap of performance add-ons, offers nearly as much power, and puts no shortage of driving thrills in the same performance ballpark on perpetual standby.

It’s great to have options, after all.

Should your preference be a purpose-built track-ready two-seater that’s big on potency, raucousness and hot-rod charm, consider the GT S as a priority test drive. Units will be available soon, with pricing from about $150,000. 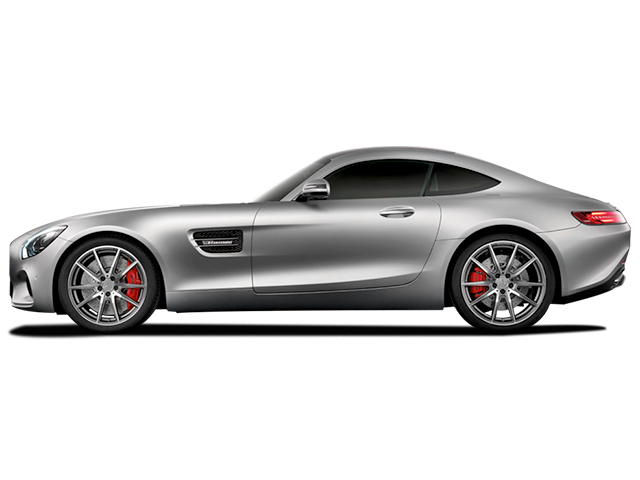 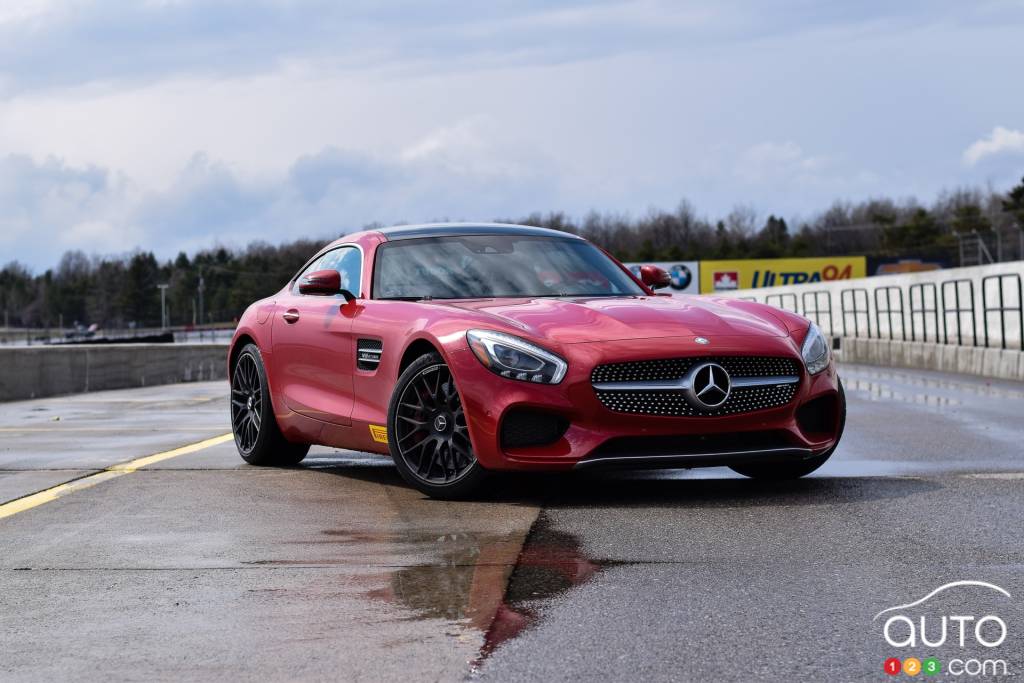 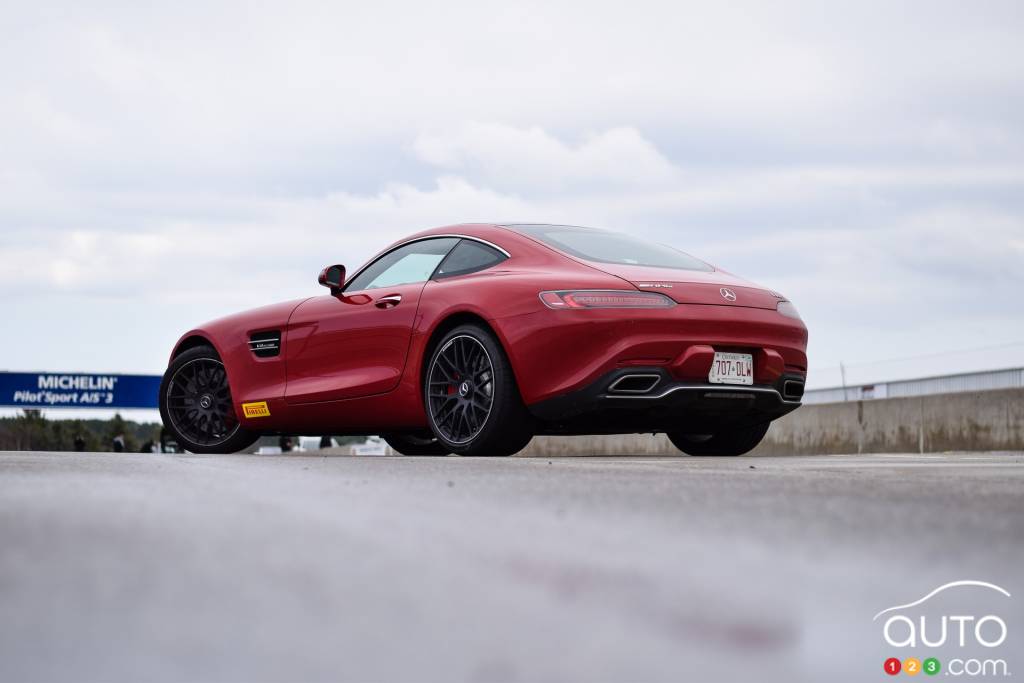 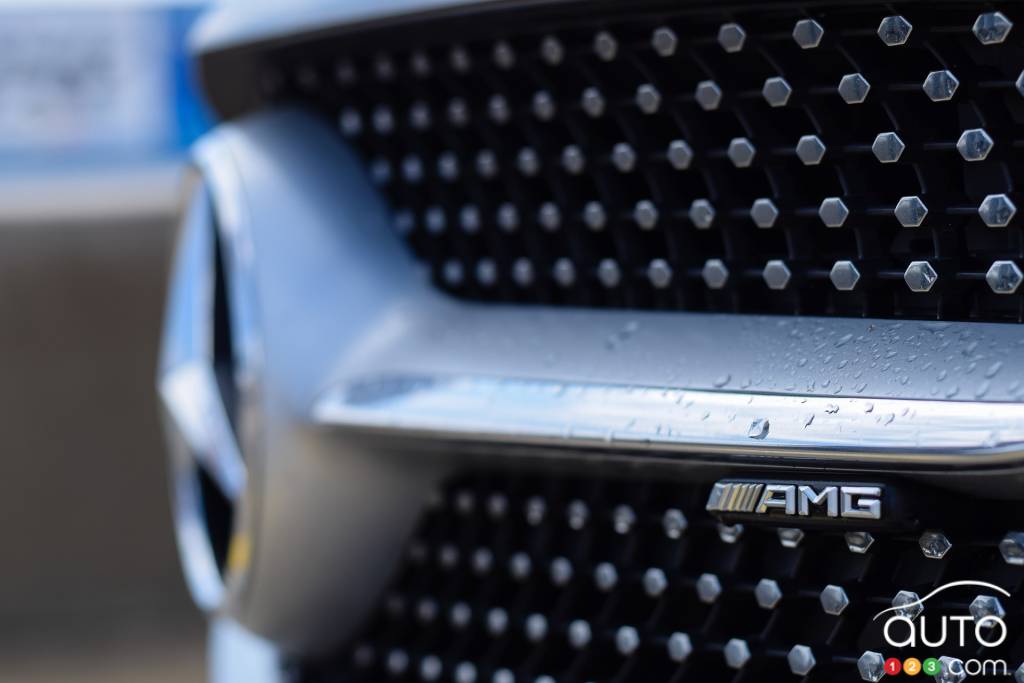 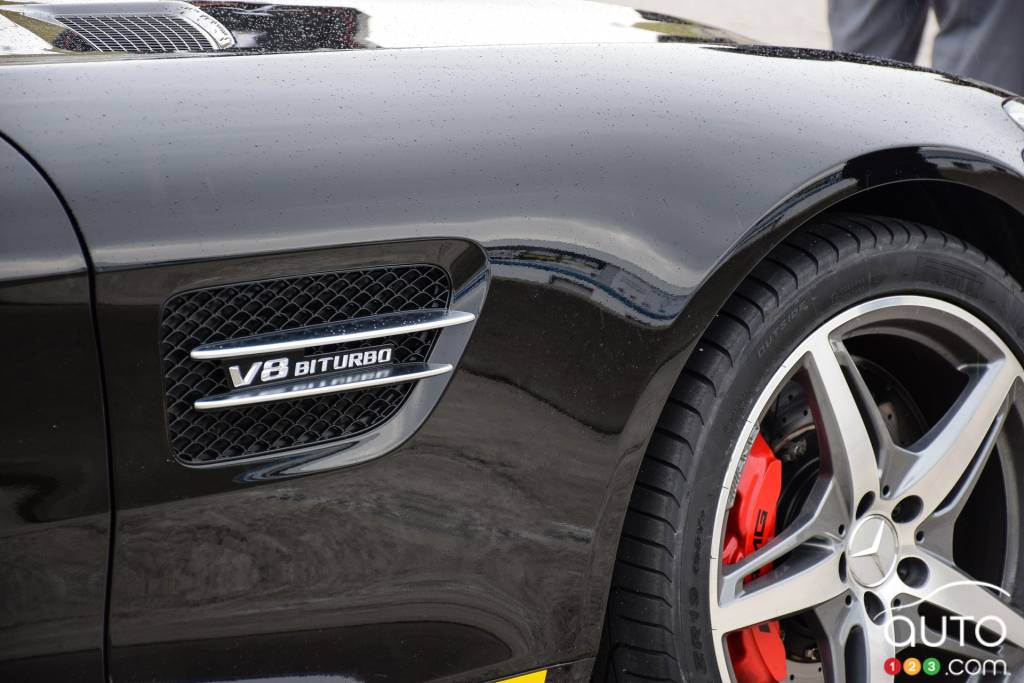 Mercedes-AMG is celebrating its 50th anniversary in 2017. To mark the occasion, the company introduced in Detroit the new Mercedes-AMG GT C Coupe, which join...