What is a GTI? Why GTI? Well, GTI once meant hardcore performance and handling at the expense of comfort and amenities. A GTI was nothing more than an inexpensive, mechanically upgraded automobile aimed at those more interested in mph than mpg. The formula worked very well. So well in fact, that the sheer interest in the idea took a whole other turn.

The first GTI came about 40 years ago and the concept was picked up by a number of other brands. That’s fine, but as the years and generations rolled on the idea of the GTI evolved away from its origins. Buyers asked and received more equipment, more power and eventually, only the letters and the promise of more performance remained. My trip down nostalgia lane is done…

GTI essence
In reality, that’s all it was. I own an MK2 GLI Jetta (the GTI’s saloon equivalent), so when I feel the need for less, I’m all set. When I want a serious dose of present-day, good old driving fun, I take a brand new Volkswagen GTI for a spin.

The lads at VW have had much time to fine-tune and hone what a GTI -- despite my desires for something simpler -- should be and is. It’s been written often that the latest MK7 GTI is the best of its kind since the MK2, built some 30 years earlier. Having driven every generation of the legendary VW, I can attest. In fact, it’s the 3rd best, behind the 1st and 2nd generation cars.

In order to achieve this result, Wolfsburg did not revert to the original recipe, at least not in its entirety. The new car is loaded to the headliner with technology and gadgets; but this time, they gave it the tactility that the previous four GTIs had slowly lost.

Tuned to perfection
The 2016 GTI’s tuning is gauged with feel and feedback from its controls. Don’t read me wrong and think that it’s anything like a ’85, but steering has a little life in it, even though it’s electric. The throttle is responsive and sharp while the ride transmits enough of the road to make the driver sense his or her involvement.

This car is powered by VW’s turbocharged 2.0T engine -- a highly agreeable mill. For this generation, output has climbed to 210 horsepower from 200 with one exception: The Performance. This edition, the one I reviewed, is endowed with an extra 10hp. Torque is fat at 258 lb-ft and fully on tap as of 1,600 rpm.

The mechanicals and electronics
This engine remains one of the best suited to daily driving of its kind especially when mated to the always excellent 6-speed dual-clutch automated manual gearbox, also know as the DSG. In a brief comparison test (LINK) Miranda and I put together, the VW’s transmission handily crushed the WRX’s rubbery CVT. The VW’s hp deficit over the Subie’s 268 was squashed thanks to the DSG’s lightning fast and crisp shifts. Regardless of the mode, the ‘box is just as happy cruising mall parking lots as it is pounding away gears at a weekend track event.

The Performance edition also includes brake callipers that sport a “GTI” logo, Dynamic Chassis Control, a locking front differential, and summer performance tires. All of these elements (save for the first one) help put the power down. There isn’t a moment when the engine isn’t producing momentum -- max horsepower arrives at 4,300 rpm, only 100 rpm after max torque begins to taper off. An aggressive prod of the throttle thus results in hard acceleration, every time.

Driving joy
The Driving Mode Selection features “Normal,” “Sport,” and “Individual” modes that influence the driver’s controls. The DCC adds a “Comfort” setting thanks to its adaptive damping that manages the suspension’s rebound and compression. This, along with Volkswagen’s MQB platform, which made its first appearance in North America with the arrival of the current generation of the Golf, are largely responsible for the GTI’s newfound zing. The chassis’ ability to hug the road and soak up ugly road surfaces is just about unequalled. Mazda may be the only other carmaker that can pull this off.

Taking the new GTI for a spin is plainly and simply entertaining. The 2.0T produces gobs of immediately available torque, while my tester’s DSG does its job gracefully and with determination. The car’s level of grip is truly amazing thanks in part to the Performance’s summer rubber and the front end’s tenacity and resistance to understeer. Long road trips and hard apex-clipping cornering are achieved with equal ease.

Business casual
The 2016 Volkswagen GTI has always been a dressed up version of the Golf -- or nearly. Other than the 1st generation, all others have featured larger wheels, different trim accents and a few other subtle giveaways that let the discerning eye know what’s going on. In an era where more is never enough, it is nice to see that the GTI avoids flashy and distasteful spoilers and scoops.

The MK7 rolls on standard 17” wheels, an aggressive front fascia with signature red striping across the grille, and rear dual exhaust tips. Eighteen-inch wheels are available as are LED/bi-xenon headlights. From a distance, colours also make a difference, especially when the car is draped in Tornado Red. If the shade is Reflex Silver, which is unique to the GTI, classy and elegant best describe the car.

The cabin carries this theme throughout. Everything about it could be considered near luxury-like except for the best part: The Titan black or plaid seats. I will NEVER tire of the styling or of their excellent levels of comfort and support.

There’s only one GTI
There is no fair way to complain about the GTI -- even a diehard Honda fan I know very well could not find a concrete fault with the car. Its competition is limited, but is about to get tougher. The coming of the next Civic Si (or Type R) will put some pressure on the GTI. Currently, the Ford Focus ST is the GTI’s main FWD rival, while the WRX is the AWD option.

In my books, the Ford’s no fun, the WRX is an all-weather hero but the champ (the one to consider) is the Volkswagen GTI. It’s really good. 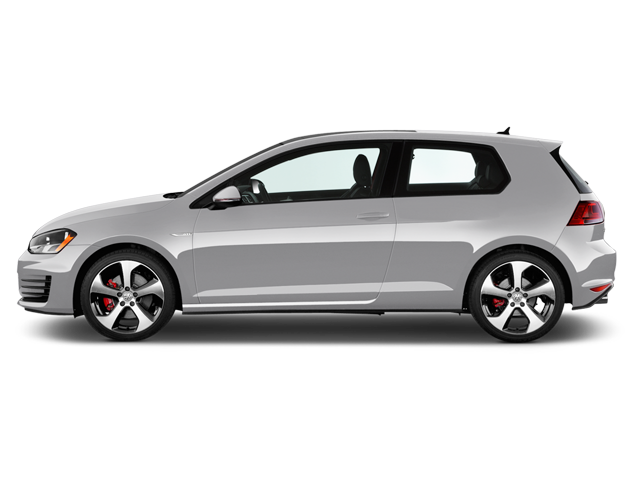 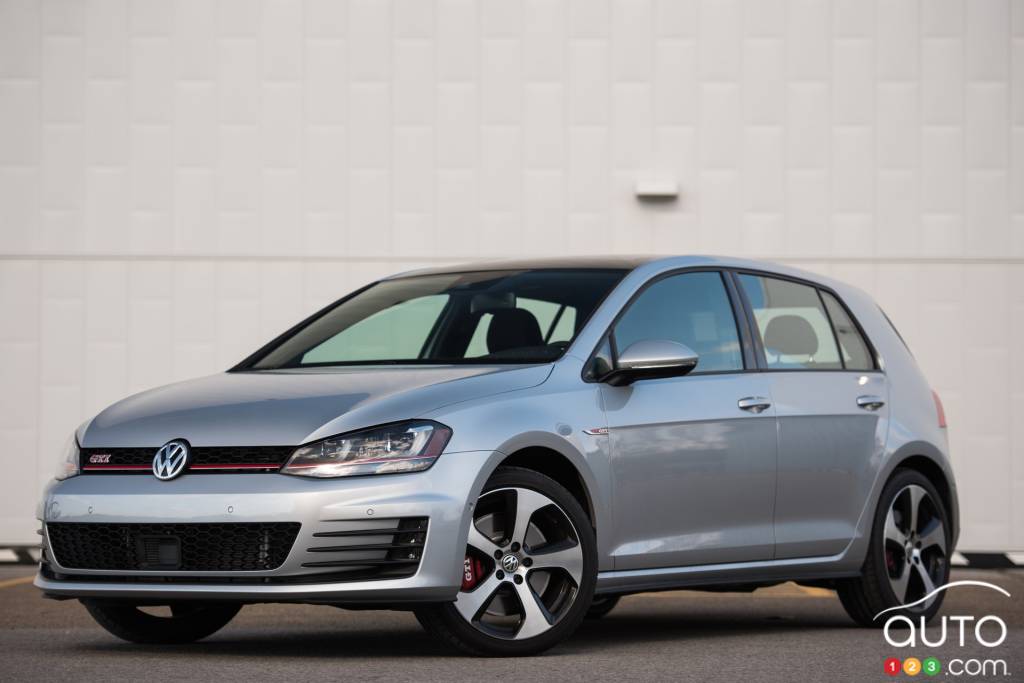 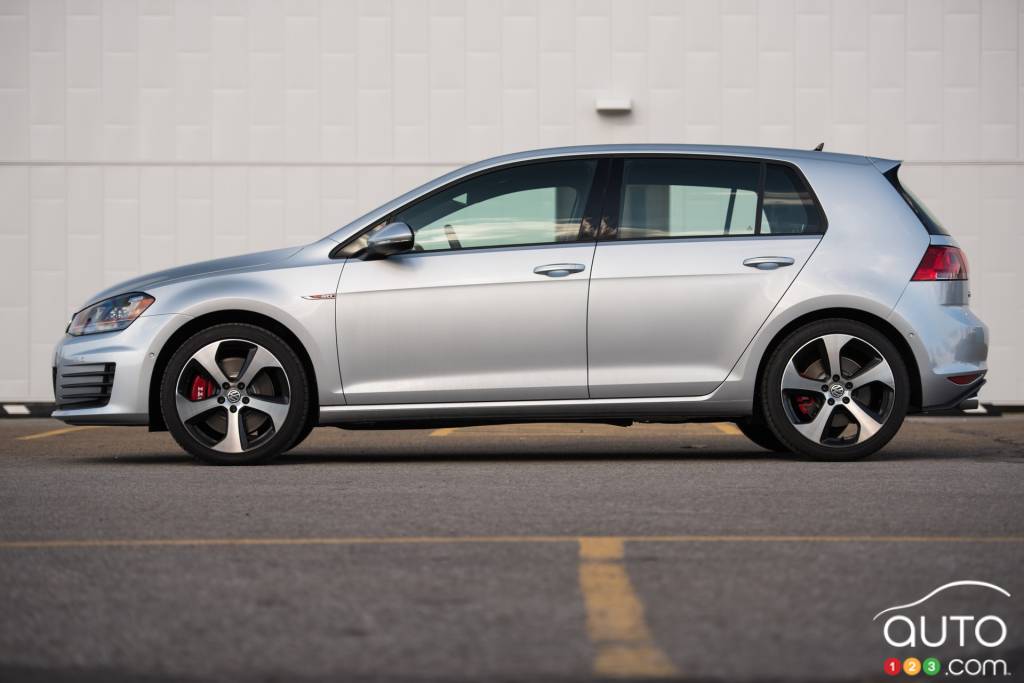 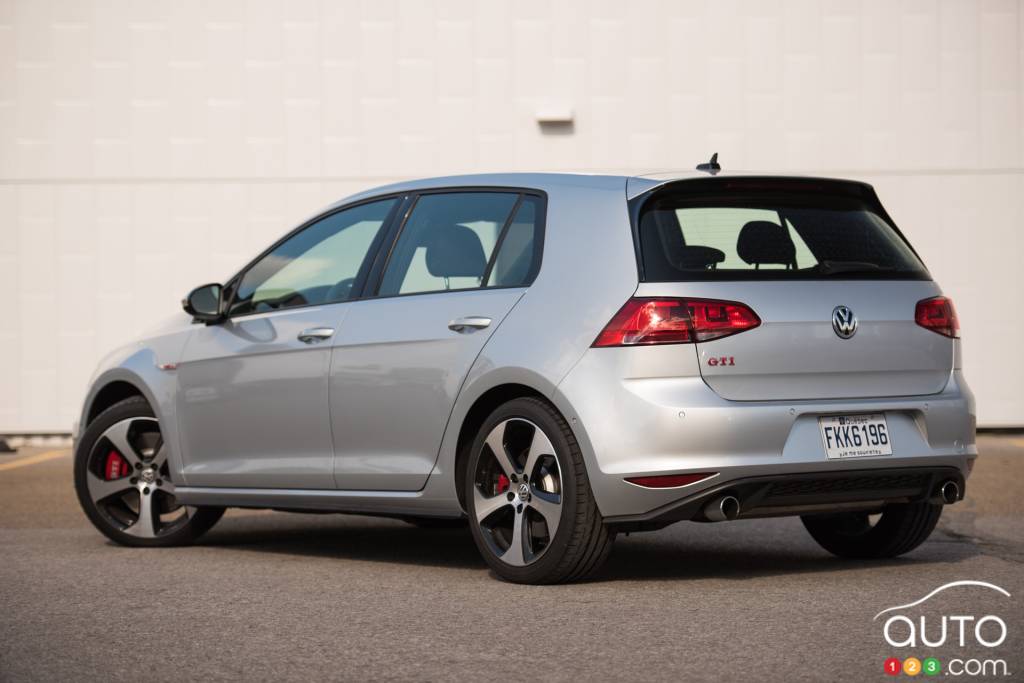 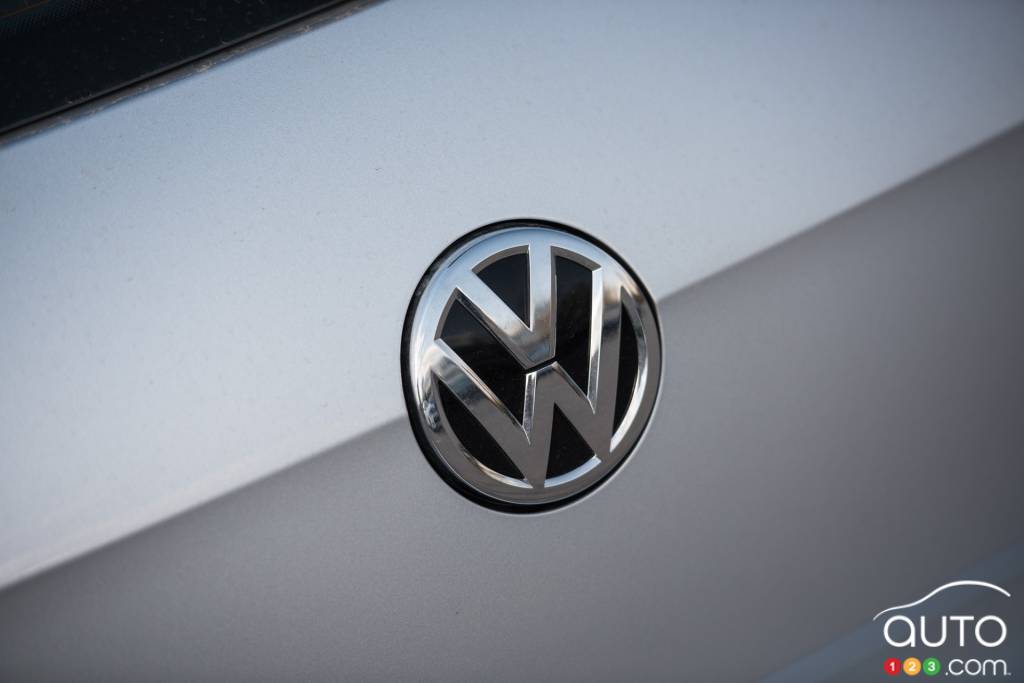 Review of the 2019 Volkswagen Golf GTI Performance: A Fla...

The land part of our journey to the GFI Treffen in Austria this spring was in a 2019 VW Golf GTI dressed in the Performance package, reserved for Europe only...

Here are the topics that generated the most buzz during the last few weeks, including several compact and subcompact SUVs, cabriolets and electric cars, as w...