When Henry Ford brought the Model T to daylight and the world was introduced to motorized vehicles, he brought it forth in one form, one model, and one configuration.

That notion of one choice and one choice only has pretty much disappeared in the world we know and live in today. I mean, have you tried to buy a new toothbrush lately? Yeah, good luck choosing one from 2,456 models available.

The same can be said about car models and trims available. Sometimes the choices are just overwhelming, so it’s almost refreshing when a company comes out with a single option, a “take it or leave it” type of deal.

Such is the case with the all-new 2017 Ford Fusion Sport, and I’m very much OK with that. I think the buying public will be, too.

The all-American car
The moment I sat down in the new Fusion Sport, my first thought was: My father would love this car. And that’s not a bad sentiment to have. Here’s the deal: This is one of those quintessentially American cars, in all the right ways. It’s big, comfy, and fast.

The Ford Fusion has never been a small car, and this latest model definitely hasn’t lost any weight in the evolution process. With a large, beefy exterior that gives the Fusion both an athletic and encompassing stance on the road, that same large feeling translates inside the vehicle where you very much feel the car’s width and breadth while you’re driving.

Now, I’m not saying it’s big in a land-yacht kind of way. Rather, it’s large in presence, which makes it OK and makes it appealing. The Fusion drives big and heavy, but in a solid and weighted way. Plus, the Sport’s turbocharged engine negates the mass of the car once the power kicks in.

American muscle
There’s been a definite shift in the auto industry over the past few years where power, power, and more power is the name of the game. Everyone’s trying to outdo the other, and as an enthusiast and driver I have absolutely no issues with that type of competition!

Ford is in the game with its all-new Fusion Sport that’s got a 2.7L EcoBoost V6 under its beefy hood. Despite the smaller displacement, said engine produces 325 horsepower and 350 lb-ft of torque, and within the 2017 Fusion lineup is exclusively available on the Sport model. That’s a large amount of power for a midsize sedan in its particular segment. In all honesty, the average Fusion Sport driver likely would never want or need that much power, but it is still quite nice to have.

Coupled with a 6-speed automatic transmission featuring paddle shifters on the steering wheel, the 2017 Ford Fusion Sport actually proves fun to drive. Despite its hefty size and weight (1,558 kg), this thing boogies and it sounds really good when it does. The V6 has that proper growl, and thanks to front independent MacPherson strut-type suspension with a stabilizer bar and rear twin-tube gas-pressurized hydraulic, the Fusion veritably floats over all road imperfections, yet doesn’t make the driver feel disconnected from the experience. Oh, and did I mention it has standard AWD? You get strong power and grip off the line.

Size matters
With all this talk about hefty weight and largeness, you’d think the Fusion would get a complex about the whole thing. Well, I think it’s just proud of its size.

Inside, the 2017 Ford Fusion Sport is so roomy and plush I felt like I was sitting in a living room the entire time. The seats instantly reminded me of a La-Z-Boy (another reason I immediately thought of my father when seated in the driver’s position). There’s a huge amount of legroom and headroom for all passengers. No one is going to feel cramped in this car.

In the back, my son had so much room to swing his legs and a great vantage point to see out all windows. The rear seats are somewhat bucket-shaped, so his child seat happened to rest at a slight decline the entire time, which meant falling asleep while on the road did not result in his head lulling forward and him slumping uncomfortably.

There’s 453 litres of trunk space back there, too, which is truly cavernous and sure to fit all your weekend warrior needs or just the weekly groceries.

Of course, let’s not forget the whole MyFord Touch interface, as well as park assist (which will parallel park your Ford Fusion for you if you so desire). If you’ve never used a park assist system before, I suggest you do as it’s quite the experience. Do I recommend letting your car parallel park for you all the time? No. Why? Because it’s only going to serve to make us more and more lazy… but I digress. It is definitely a cool feature and one you’ll surely use if you bring a Fusion Sport home.

There’s also blind spot monitoring and front crash warning, not to mention a host of other technologies designed to keep you and your passengers safe at all times.

One way only
Truly, though, what I think I like most about the 2017 Ford Fusion Sport is that it’s available in one way only: one engine, one set of wheels, and equipped with all the bells and whistles. You merely get to choose the interior and exterior colours. And what makes it all even better is the MSRP of under $40,000. That’s fantastic for a car that comes so well-equipped from the get-go including a powerful engine and AWD.

Ford has done a very smart thing here that’s sure to put pressure on the Europeans in the same segment. Quality inside the Fusion has been improved, and the drive feels as good or even better than some of the more luxurious competitors out there. The Sport is more than just a badge on the back; it is indeed sporty and nicely sets itself apart from the rest of the Fusion lineup. 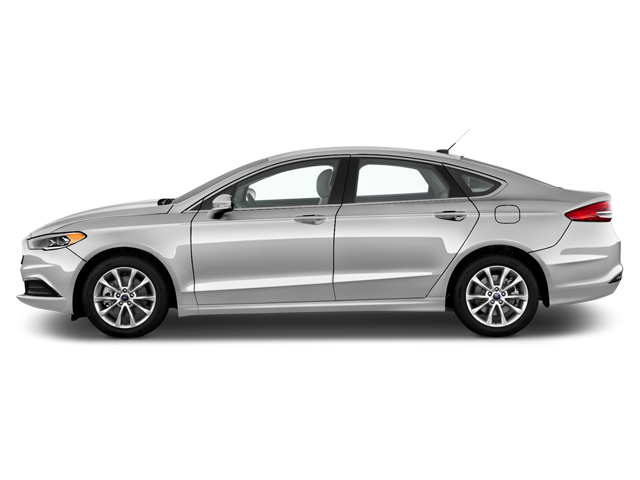 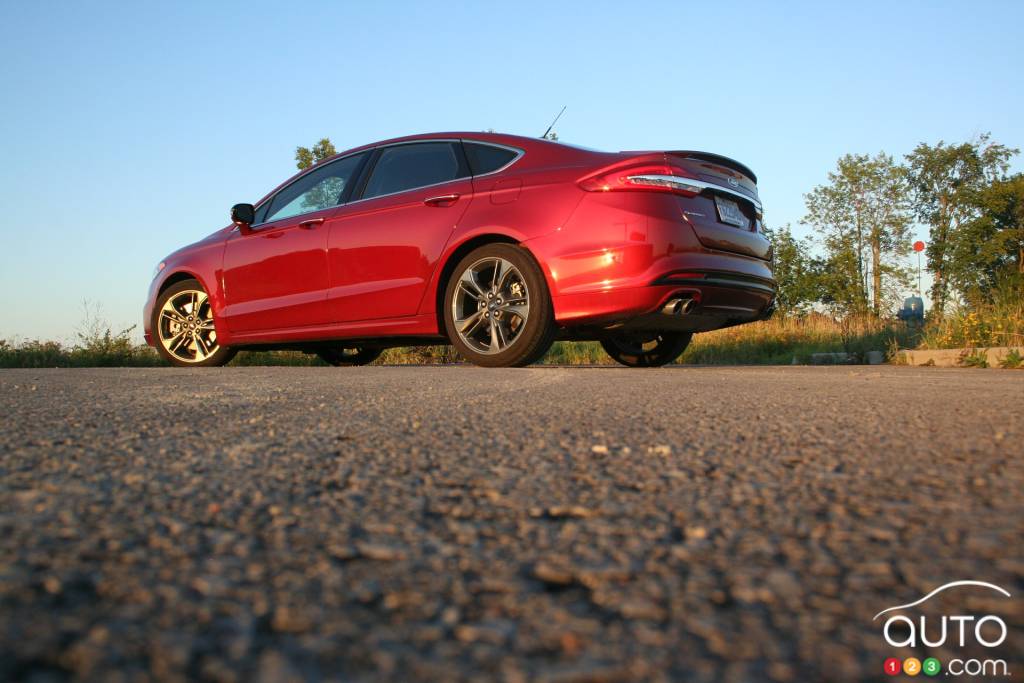 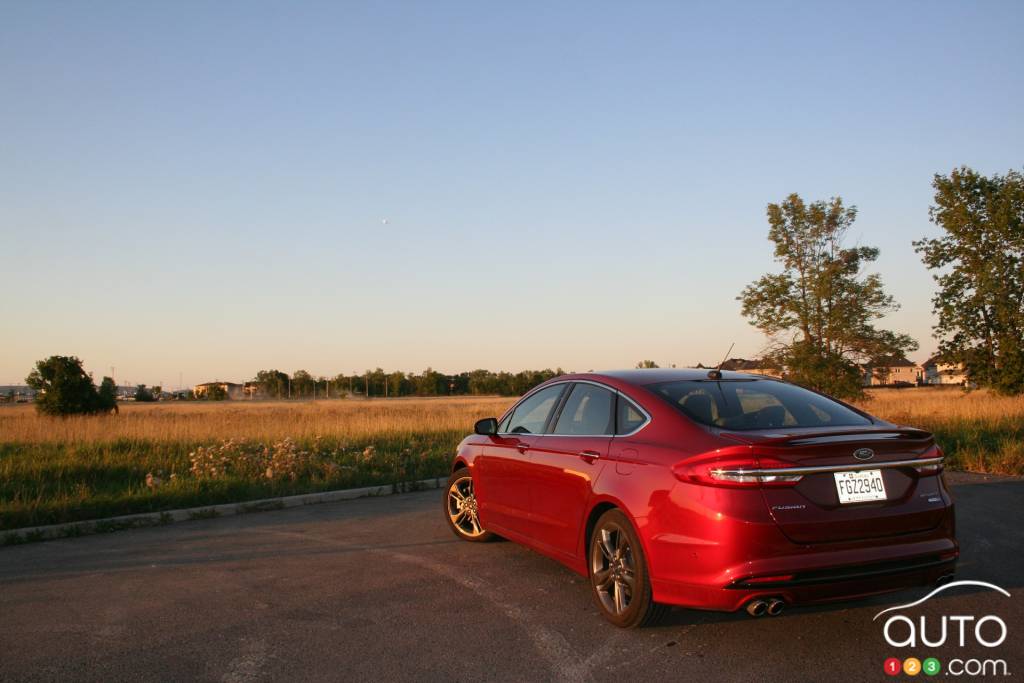 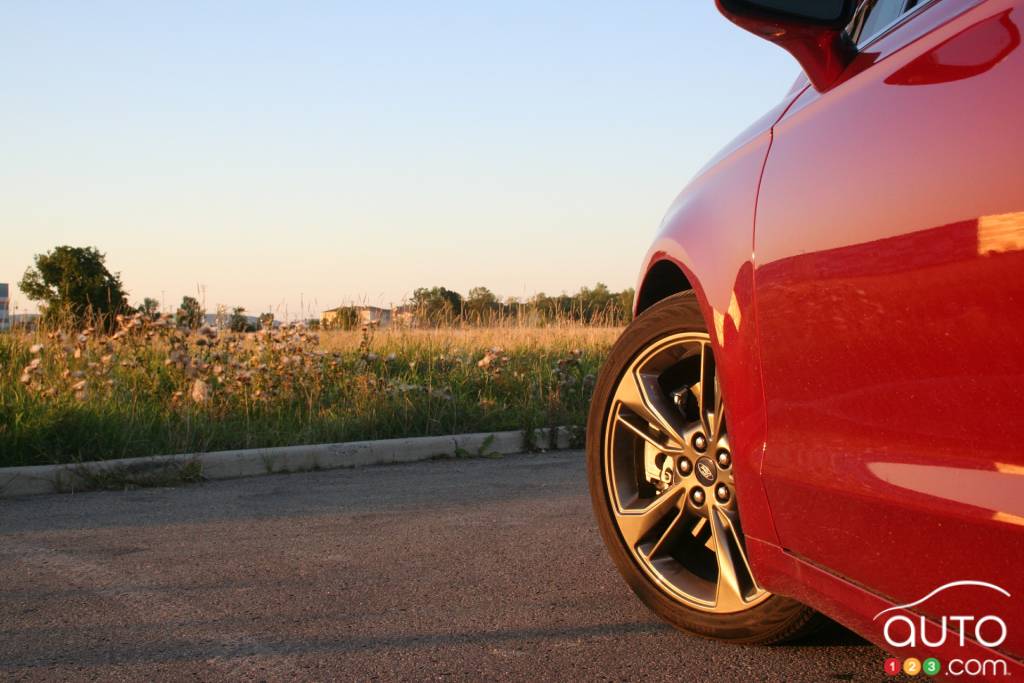 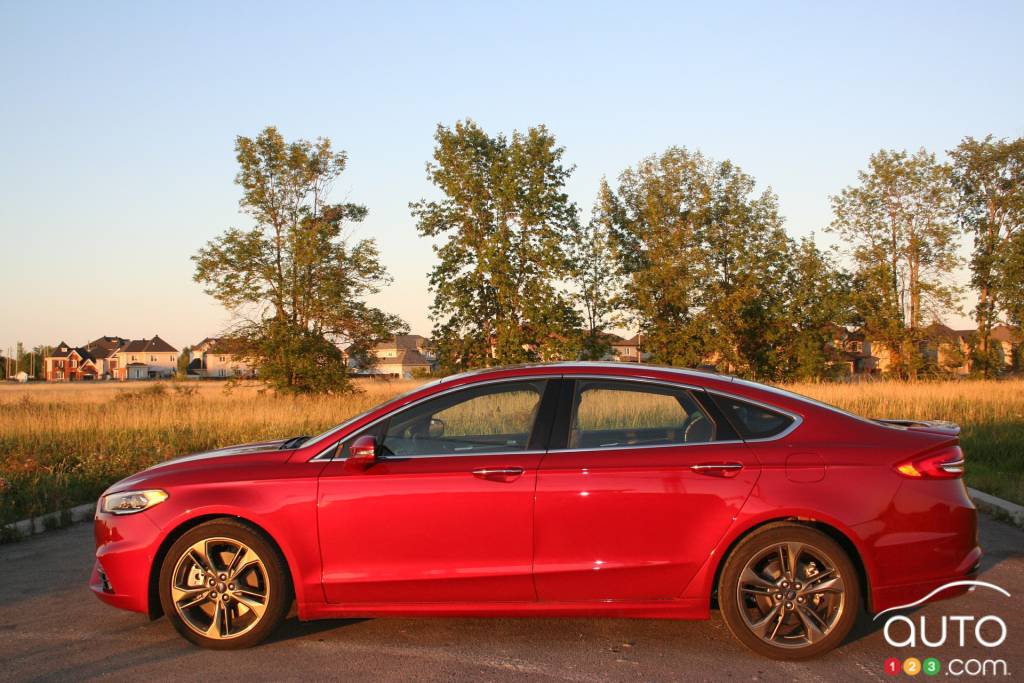 While Ford is set to unveil its all-new Focus, things are less certain for larger sibling the Fusion. We’ve got the latest on the changing plans for the emba...

2017 Ford Fusion Sport is No Repmobile

There’s lots of motoring joy to be had here without sacrificing all the benefits of a midsize sedan.

The market for midsize cars is not the dominant force it once was in North America, sales having dropped in each of the last few years. Manufacturers are fee...