Is it possible to transform a monument? In a word, yes - and Toyota proves it with the path of progressive evolution it has led its Corolla model on since it first appeared back in the mid-1960s. The diminutive little car it was at birth has grown into a respectable and refined compact vehicle, in a process that has stretched over a half-century and 11 different generations. Goes an old Cambodian proverb, the ox is slow, but the land is patient.

The Toyota Corolla has, over the course of its 50 years of existence, changed pretty radically. The model unveiled at Tokyo’s auto show in October 1966 was a mere 3.9 metres long, and its 1.0L 4-cylinder overhead-valve engine delivered a puny 64 horses to the rear wheels. In contrast, the current model, an update to the 2014 Corolla launched during a splashy event in California in June 2013, has a length of 4.6 metres and is powered by either of two different 1.8L 4-cylinder engines with double-overhead camshafts that deliver 134 and 140 hp. What’s more, in most cases these engines are twinned with a continuously variable transmission. The original? A 4-speed manual, or in a few rare instances a 2-speed automatic as an option. How times have changed…

The Corolla lineup
Still, the Corolla has remained true to its original mission: be affordable. The price range for the model lineup starts at $16,390 (for the CE base model) and tops out at $25,410 for the top-end SE equipped with the XSE package (this is the model we tried out in our road test). This kind of pricing keeps the compact car accessible to a wide range of consumers.

Accessible it may be, but it’s true that the XSE package, which adds $3,920 to the $21,490 price tag of a Corolla SE with automatic transmission, is no longer precisely an everyman’s car. The features and extras that make up this package go a long way to burnishing the image of a model long considered to be of the… beige variety.

The XSE thus features elegant 17-inch alloy wheels and disc brakes on the four wheels, a step up from the lower models that content themselves with smaller wheels and rear-wheel drum brakes. Comfort and driving-pleasure levels are also enhanced, thanks in part to the 8-way power-adjustable bucket seats, push-button start and auto-dimming rear-view mirror with HomeLink function and compass. Drivers will also benefit from a latest-generation navigation system, displayed on a 7-inch touchscreen (up from the 6.1-inch version of the other Corolla trims), and all occupants will appreciate SiriusXM on the satellite radio (with subscription) as well as the fresh air coming in through the power sunroof - all exclusive to the XSE trim. Plus the Softex leather-covered seats are easier to clean when the ice cream topples from Junior’s cone in the back seat. Then there’s the blue stitching that contours the seats (as it does the cloth-covered seats of the Corolla SE), which should help clear the mind of any notions of beige-ness!

New snouts for its 50th
The Toyota Corolla XSE and SE trims are distinct from the rest of the model lineup by the front-end design they share. The barred grille is more prominent, an effect accentuated by the LED daytime running lights that line up at an angle with the car’s extremities, and it’s topped by an oval badge of the brand that’s highlighted by a strip of decorative moulding colour-coordinated with the body. It’s hard to miss.

The other Corolla trims – CE, LE and LE Eco – have a grille marked by long horizontal slats whose signature is much more anonymous, and their daytime running lights, being integrated into the headlights, are also more discreet.

Overall, it’s this redesigned front end that from the first glance differentiates the 2017 Corolla from its 2016 version. The esthetic update refreshes the car’s look a bit while also marking the 50th anniversary of the popular small sedan.

All of the Corollas, with the exception of the LE Eco version, share the same mechanical setup, starting with the 4-cylinder engine that has powered the model since seemingly forever. The 2014 edition, however, did get an updated 6-speed manual transmission (replacing the old 5-speed version). Offered standard on the 2017 Corolla CE and SE, this gearbox is quite pleasant to use, in addition to which it slightly reduces fuel consumption and allows the model to stack up better against the competition.

2014 also saw the 4-speed automatic transmission replaced by the CVT box, which also reduces fuel consumption. Standard with the Corolla LE XSE and optional on the other versions, the CVTi-S offers smoother functionality thanks to recent improvements made to its programming. It now works through more-layered gear changes, and reduces those interminable high-RPM plateaus that so irritate driving purists. For the Corolla SE and XSE, Toyota has even included a sequential mode, as well as – oh joy, oh bliss – paddle shifters on the back of the steering wheel to fully exploit it.

A green Corolla
Then there’s the Corolla LE Eco, an entirely different creature. Also launched in 2014 (decidedly an important year for the Corolla), it shares with the 5-door Corolla iM a variant of the 1.8L 4-cylinder equipped with a more-efficient variable valve timing system. This Valvematic system helps reduce fuel consumption for this version of the Corolla by around 8% compared with the other automatic-transmission sedans. The engine also adds a touch more power (8 hp), while its maximum 126 lb-ft of torque (2 less than the other engine) is available at 4,000 RPM instead of 4,400 RPM.

When wedded to the automatic gearbox, the two engines deliver similar performance: the Corolla can accelerate from 0-100 km/h in 9.5 seconds – a time that is acceptable given the model’s mainly urban vocation. In terms of fuel consumption, however, the LE Eco is significantly more efficient, with an official rating of 6.9L/100 km (the other automatic-transmission Corollas come in at 7.5L/100 km, while the manual transmission-equipped models use 7.9L/100 km).

The Corolla LE Eco owes its superior fuel economy not only to its engine, but also to the panels under the chassis that optimize air flow and reduce turbulence. Its narrow 15-inch tires, meanwhile, generate less road resistance (though also less road grip). Curiously, these tires are fitted on steel wheels, the same used on the humble Corolla CE. Why not alloy wheels, which would further lighten the car and improve fuel economy? The answer to this question is likely related to cost.

Speaking of which, some would point out that the Corolla LE Eco costs only $500 or so more than a regular LE, which has essentially the same features; while others might remark, with some ironic intent, that the model costs only $300 less than a Corolla S with automatic transmission, which has more comfortable seats and tires with more bite. This last element is nothing to sneeze at, particularly if you’re driving on wet pavement. Two diametrically opposed viewpoints, for which Toyota nonetheless feels it has the (correctly-priced) answer with its LE Eco.

In any case, whichever Corolla you choose, it will be pleasant or at least comfortable to drive even in winter, because all versions of the model (excluding the Corolla CE) come with heated front seats.

It’s also clear that choosing one trim over the other won’t change the welcoming capabilities of the compact car’s cabin: that is to say, four medium-sized adults. On the other hand, the trunk is no panacea for your packing problems: its 369-litre capacity is one of the smallest in the category; the Corolla is in this respect not able to keep up with the Civic sedan (428 litres) or the Jetta (440 litres). At least the opening of the trunk and its accessible threshold make it easy to use.

It’s worth noting that all 2017 Corollas can be had with the available Toyota Safety Sense (TSS) drive assist package, which includes, among a bunch of features, a “pre-collision” brake assist system and lane departure alert, a useful function for distracted drivers. It’s surprising however that the package does not include a blind spot object detection system, and even more surprising to note the absence of cruise control (adaptive or otherwise) in the features included in the Corolla LE Eco. Isn’t cruise control the best friend of any eco-conscious driver?

These small oversights notwithstanding, the 2017 Toyota Corolla has much to offer, and sales figures are correspondingly robust: since January of this year, its numbers have been nipping at the heels of those of the country’s best-selling car, the Honda Civic. Proof that hitting 50 is no impediment to being able to charm… 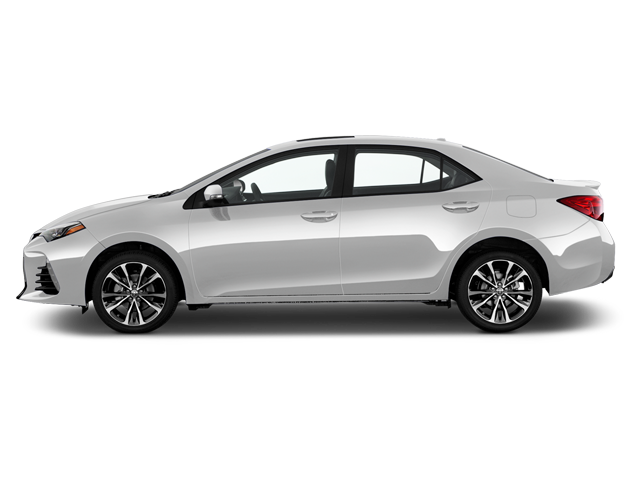 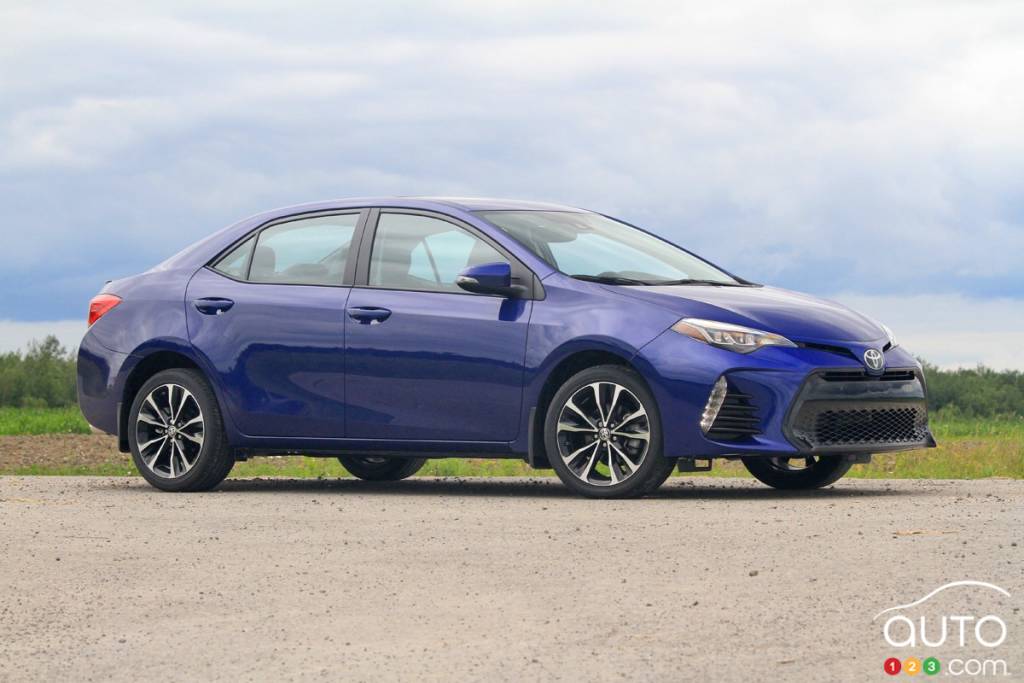 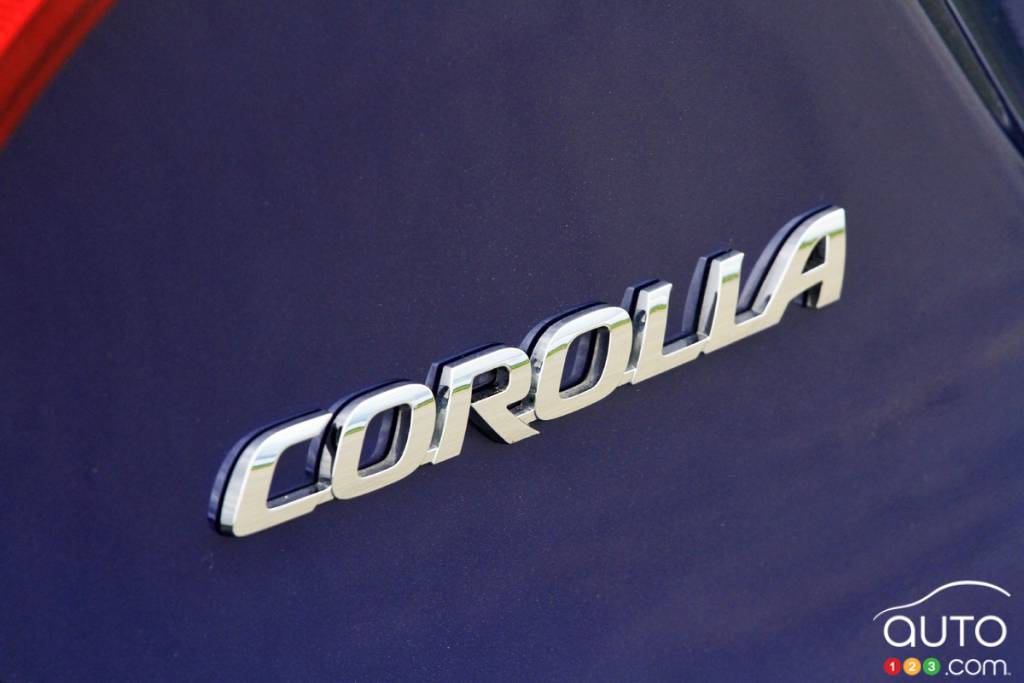 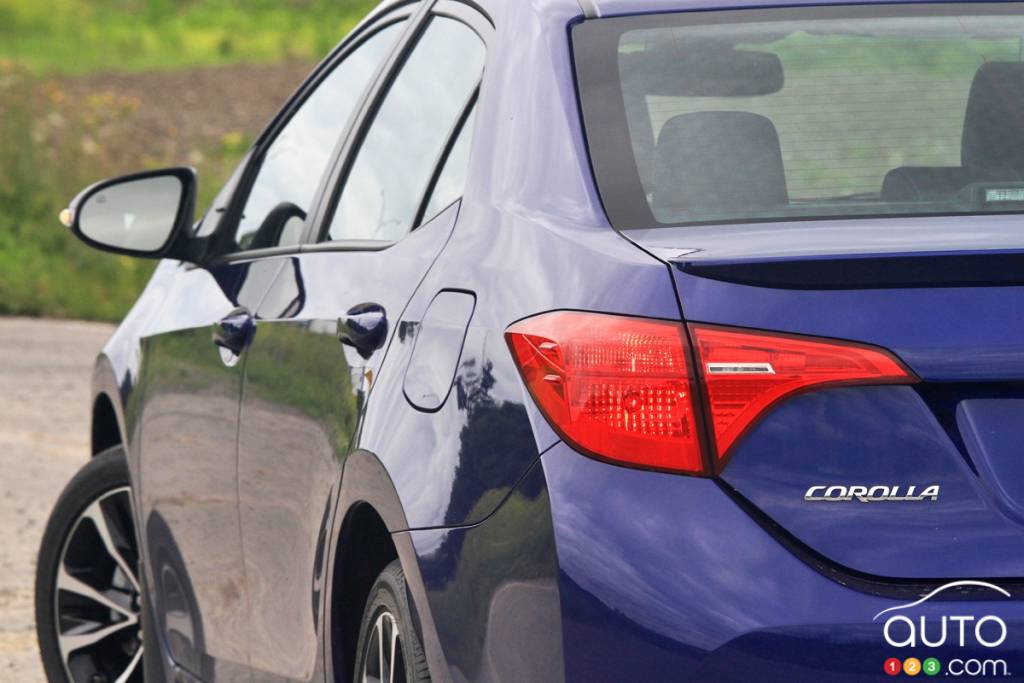 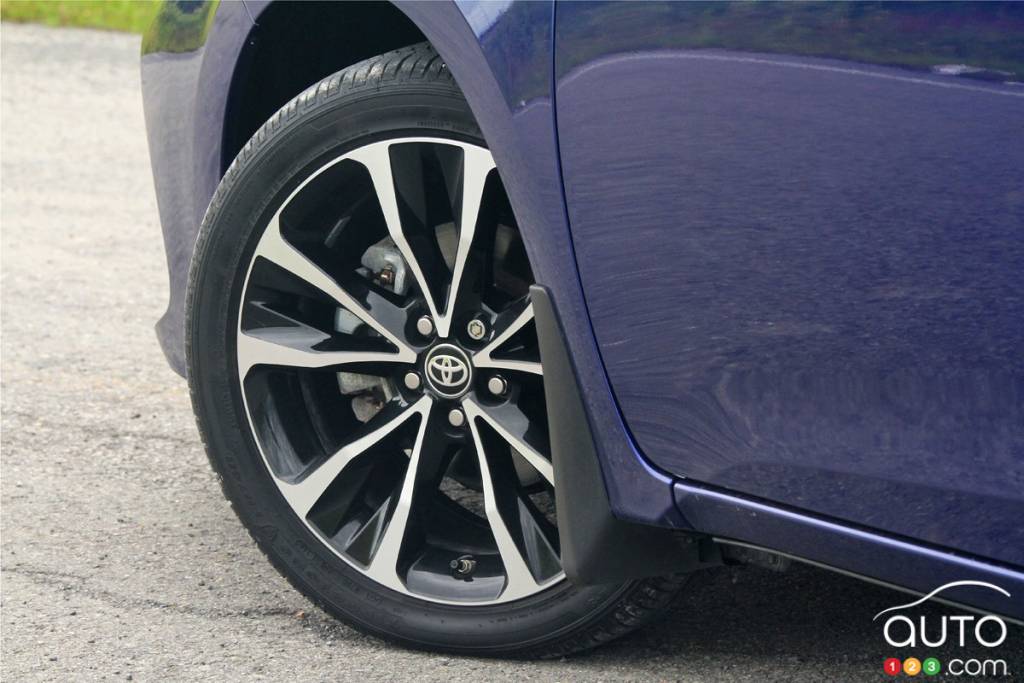