Auto123 pits two survivors in a head-to-head comparison: The 2020 Nissan Sentra vs the 2020 Toyota Corolla

The Toyota Corolla first showed itself to the automotive world in 1966, and it has become the best-selling car model on the planet with more than 44 million units having found buyers since its inception. For 2020 Toyota presents the 12th generation of this uber-popular compact sedan.

Nissan has produced Sentra models since 1982 and has sold more than 6 million units worldwide; the edition being introduced for 2020 is a totally reworked 8th-generation Sentra.

In both cases, these are the most mature and successful editions of the models produced to date. In a world where SUVs dominate, these two compact cars have survived the carnage. 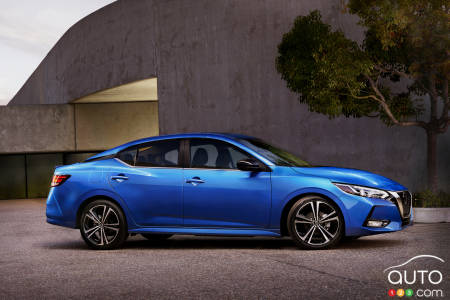 The platform of the transformed new Sentra is new and the model’s proportions are more generous. The car is now a few centimeters wider and lower to the ground to better make its presence felt. The V-motion grille, which now defines all Nissan models, is made more prominent by the thinner LED headlights.

There are edges on the hood for sportier styling, the roofline is lower, there’s a small discreet rear spoiler and the side mirrors are painted black. Wheels range from 16 to 18 inches on high-end models.

If only to put an exclamation point on the transformation, the range of colours goes off the beaten track with Electric blue metallic, Gunmetal gray metallic, black, Aspen white and burgundy to choose from.

In a move previously seen in other Nissan models like the LEAF and the Kicks, the 2020 Sentra will also be offered in two-tone exterior paint combinations, including Black/Gray, Black/White and Black/Metallic Orange. Objectively, it would be hard to argue this isn’t the prettiest Sentra yet.

Our Review of the 2020 Nissan Sentra 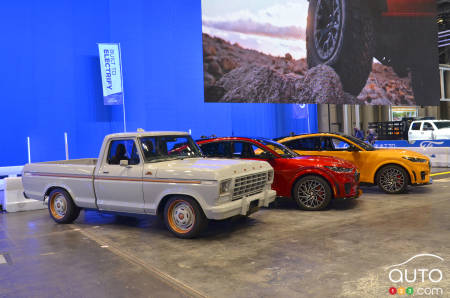 A manual transmission, in the base model only
The Sentra is available in five versions: S, S Plus, SV, SR and SR Premium. The S version includes 16-inch steel wheels with covers, the Nissan 360 Safety Shield system with rear door alert, passive keyless entry and six-speed manual transmission.

One engine
The outdated 1.8L 4-cylinder engine has given way to a new 2.0L engine. Actually, this unit is not entirely new, since it’s found in other current Nissan products like the Qashqai. It offers 149 hp and 146 lb-ft of torque (versus 124 hp and 125 lb-ft for the old base engine).

Manual gearbox enthusiasts will be happy to know that Canada continues to offer a three-pedal model (not in the USA, by the way), but only in the S version. We've never been big fans of CVTs – they take a long time to muster themselves into action after you step on the gas and the engine screams in pain when you press the accelerator too hard. Nissan hasn't progressed much on this front yet. Compared to others of its type out there, the Japanese automaker’s CVT is still unpleasant to use and you need a light foot to avoid doing damage to your ears.

Big-sedan comfort
That aside, there are two big positives when you’re the driver’s seat of the 2020 Sentra: the quiet ride and the comfortable seats. Wind circulation and noise have been reduced thanks to improved door and window seals. The body has more insulation elements and increased use of acoustic materials ensures quieter driving. Nissan has also expanded its offering of zero gravity seats to include it in the new Sentra.

These two additions alone give the car a more upscale vibe, helped by other features like heated front seats and heated outside mirrors, essential for comfort in cold weather and standard on S Plus (Xtronic) and above. The Sentra also offers driver assistance technologies such as intelligent cruise control (ICC) and monitor.

Conclusion
Nissan’s overhauled 2020 Sentra arrives at Canadian dealerships this month with a starting price of $18,798 CAD. Our SR Premium test model comes with a $25,998 price tag.

The new Sentra is by some distance the best edition of the model produced to date. While it doesn’t particularly excel in any one area, it also doesn’t have any glaring faults. This car deserves to be discovered, and it’s a car that grows on you with use. Here’s hoping Nissan takes the next step and fixes the still-unresolved CVT issues. 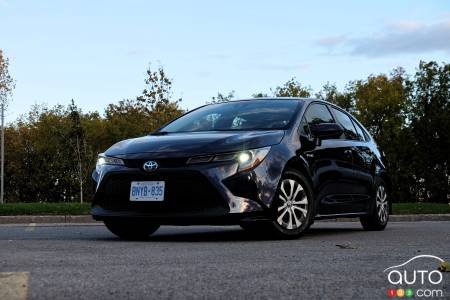 Toyota launched the new version of its popular Corolla just a few months ago. The sedan now sits on the company's TNGA (Toyota New Generation Architecture) platform, and it also gets a hybrid powertrain for the first time in its long history.

Three engines
The base Corolla uses a 1.8L 4-cylinder engine developing 139 hp and 126 lb-ft of torque in the L, LE and XLE versions. The SE and XSE opt for a 2.0L engine with 169 hp and 151 lb-ft. The Corolla Hybrid combines the 1.8L with an electric motor for a combined power of 121 hp. It’s essentially the Prius hybrid’s powertrain that Toyota has placed under the hood of the Corolla.

The two gas engines can be coupled to a 6-speed manual transmission in the base version or to a continuously variable automatic transmission (CVT) in the other versions while the hybrid comes exclusively with a CVT.

Our Review of the 2020 Toyota Corolla

Our Review of the 2020 Toyota Corolla Hybrid 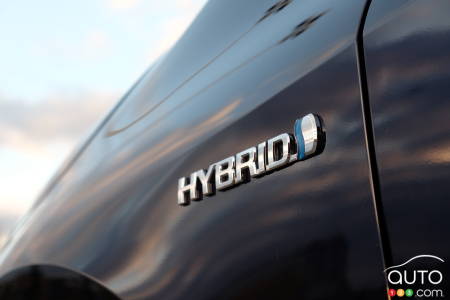 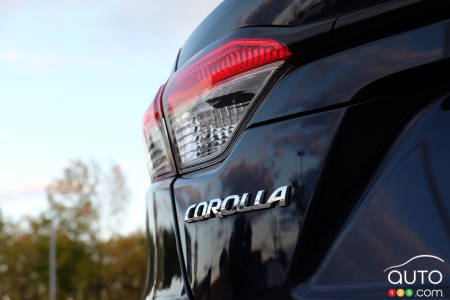 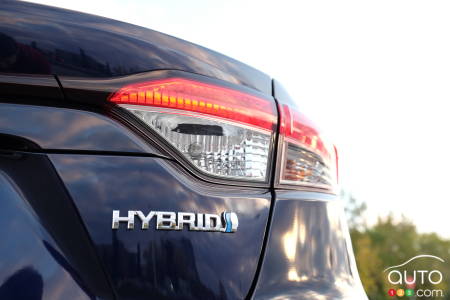 50 shades of beige
For as long as the model has existed, the Corolla has always been recognized as the preferred car of those who don't like cars. It’s the archetype of the compact sedan that takes you from point A to point B with zero frills. We tend to agree that with the base engine and the CVT transmission, that is still true. Emotion is not part of the equation. 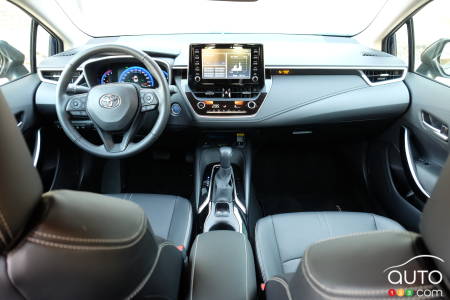 However with the manual transmission in the SE version that offers rev matching or the Sport button you get with the most powerful engine, you have a model that displays some enthusiasm at being out on the road, and delivers driving pleasure not found in former iterations. And like the Sentra, the Corolla feels like a larger sedan behind the wheel. This is a comfortable, well-equipped and spacious car, and there’s no longer any real reason to feel bored behind the wheel.

When it comes to looks, Nissan delivers a superior, more-upscale product. You also have more space in the trunk and slightly more comfortable zero-gravity seats than in the Corolla. Nissan also offers Apple CarPlay and Android Auto, while Toyota could only muster Apple CarPlay this time around. There’s also a lower decibel level in the Sentra’s cabin when driving.

The Corolla offers a choice of three engines, including a hybrid model that Nissan doesn’t have and more powerful engines for those who want more performance. Because of its history, the reliability edge has to be given to the Toyota.

Both manufacturers kept the manual gearbox in their lineup. The interior space is also very comparable and the pricing of the two models when equipped comparably is similar.

A tough decision, but our vote goes to the Corolla simply because of the superior offer in comparison with the Nissan. You have the choice of three engines including a hybrid model and a more powerful engine for greater driving pleasure. Toyota has managed to give a little life to the new Corolla while the Nissan’s driving dynamics remain beige. Though should you decide to go with the Sentra, you won't be disappointed – you just might not feel very much behind the wheel.

CVT still not perfect
Good at everything, outstanding at nothing
A few more horses would help

Nissan has put in some serious work with the new 2020 Nissan Sentra, and this eighth-generation model is without question the best to date. But is ‘better th...