The 2018 GMC Terrain has a secret that sets it apart from other crossover SUVs competing in the entry-level range: it's not nearly as interested in selling reams of base units as it is in enticing first-time luxury buyers into its extremely profitable high-end Denali range. With Chevrolet able to swing big volume with the Terrain's Equinox platform-mate, GMC is free to pursue a more lucrative, forward-thinking strategy that seeks to indoctrinate families into the comforts offered by the Terrain Denali, thus eventually filling the General's coffers from both ends.

Knowing this makes it much easier to understand the all-new GMC Terrain's approach to the incredibly-crowded compact people-mover segment. This is a truck that swims with its head stuck resolutely above the mainstream, relying on the heft that the Denali name holds in certain quarters (particularly among pickup and full-size buyers) to buoy it up in its drive to conquest both domestic and Japanese luxury customers.

A strong foundation
It certainly helps that the 2018 GMC Terrain's fundamentals are sound. The first order of business for General Motors in crafting the Terrain's new image was to re-size it to better fit the expectations of the small-hauler crowd. This meant a shorter wheelbase (8.5 cm), a lower ride height, and nearly 200 kg lopped off compared to the model that preceded it, all without sacrificing much in terms of interior room (it's quite good in the second row) or cargo space (class-competitive at just over 1,780 litres and now sporting a near-flat load floor).

Engine-wise, the redesigned Terrain makes a clean break with its V6 past, jumping into the turbocharged fray by way of a pair of four-cylinder engines shared with the bowtie-wearing Equinox. The most affordable edition of the GMC is equipped with a 1.5L unit that generates a serviceable 170 horsepower, while an optional (SLT and SLE) 2.0L mill delivers a stouter 252 ponies and 260 lb-ft of twist. In case you were curious, the larger of the two power plants is in fact standard with the Denali, and either can be ordered with all-wheel drive for extra cold-weather traction.

Introducing diesel
As with the Equinox, the GMC Terrain also brings a surprise guest to the fuel-economy party in the form of the first turbodiesel engine to be made available in a small SUV. The 1.6L four-cylinder is rated at 137 horsepower and 240 lb-ft of torque, but more importantly it's pegged to deliver 6.0L/100 km on the highway—a figure that GMC engineers predicted would be easy to eclipse in real-world driving. This gives it a nearly 2L/100 km advantage over the also-thrifty 1.5L gas motor, and while diesel currently finds itself under a sooty cloud of suspicion due to the VW emissions-fixing scandal, there's no questioning its capacity for phenomenal efficiency.

Out on the road, the differences between the three drivetrain options are subtle, but worth noting. The smallest and most affordable motor is paired with a nine-speed automatic transmission, and while it may not have much in reserve when it comes to passing manoeuvres—you better plan them out properly, especially if you're on twisting two-lane highways similar to those outside of Pittsburgh, where I drove the Terrain—there's little to fault in everyday driving.

The 2.0L adds grunt, though not to the point where the SUV starts to feel sporty: think plush, not performance, with your foot to the floor in the GMC. The turbodiesel is predictably less willing to accelerate hard off the line, yet makes up for it with a reasonably quiet ride when cruising, in addition to providing incredible fuel economy. It also swaps the nine-speed gearbox for a six-speed design. This means fewer shifts, which is always welcome; according to GM engineers, the engine's heftier torque meant there was no need to divvy up the cogs quite as many times.

Active safety, but at a price
Rounding out the major changes made to the Terrain's package are the suite of active safety features and somewhat unusual interface choices offered with the SUV. The latter is exemplified by a push-and-pull transmission button setup located underneath the centre stack, a “different to be different” design that will no doubt be a hassle to operate while wearing winter gloves. More ergonomically-friendly is the rotary knob on the console that allows for selecting the different drive modes, even for front-wheel drive models, which is an entirely new arena for GMC.

On the safety front, the Terrain delivers much of the comprehensive gear found in other models, including the excellent Safety Alert Seat that vibrates to let you know if someone's in your blind spot, as well as automatic forward braking, lane departure warning, and automatic high beam headlights. The rub? Unless you opt for the Denali (where almost everything is standard), you'll have to step out of the base trim and navigate the Driver Alert I and II packages to benefit from this equipment.

Paying the cost
Featuring a base price just a few ticks over $30,000, the 2018 GMC Terrain cedes bargain territory to rivals like the Ford Escape, the Toyota RAV4, and of course its in-house competitor the Chevrolet Equinox. If you're looking to sample the all-wheel drive Denali, then you'll need to spend at least $10,500 more.

Both of these sums might seem like a lot of cash at first, until you start looking at the window stickers in Lincoln and Acura showrooms for similarly-equipped premium choices. With GMC aiming for one in nine Terrains to leave the factory wearing Denali duds, it's clear that the brand has done the math on just how much that badge resonates with existing customers—and how deep it might be able to push into new territory. 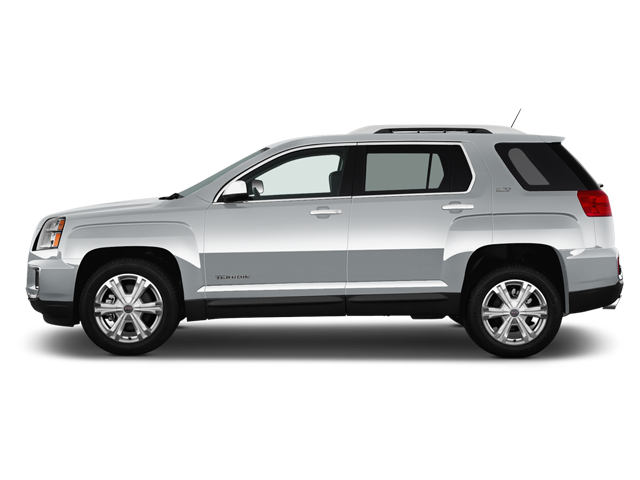 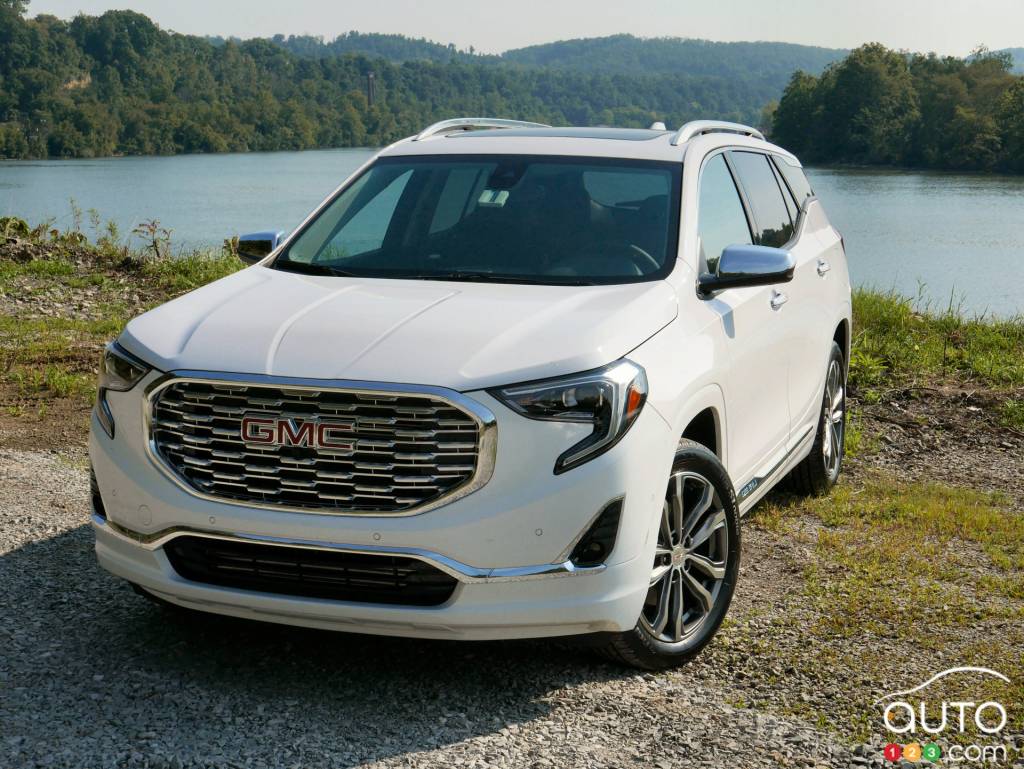 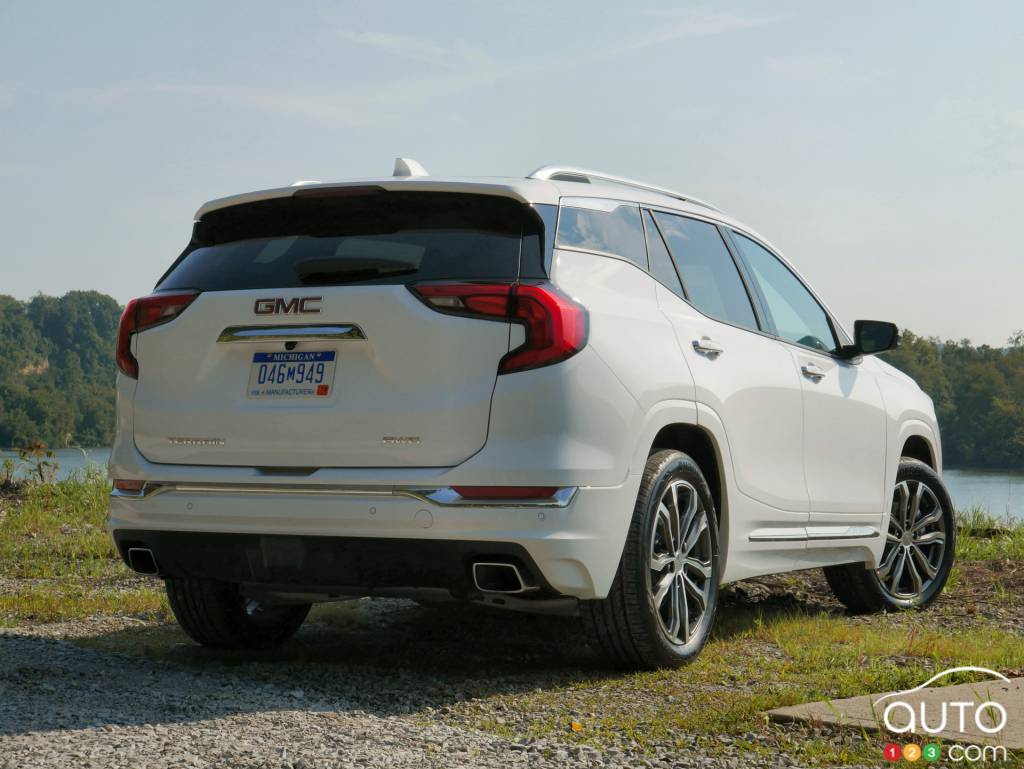 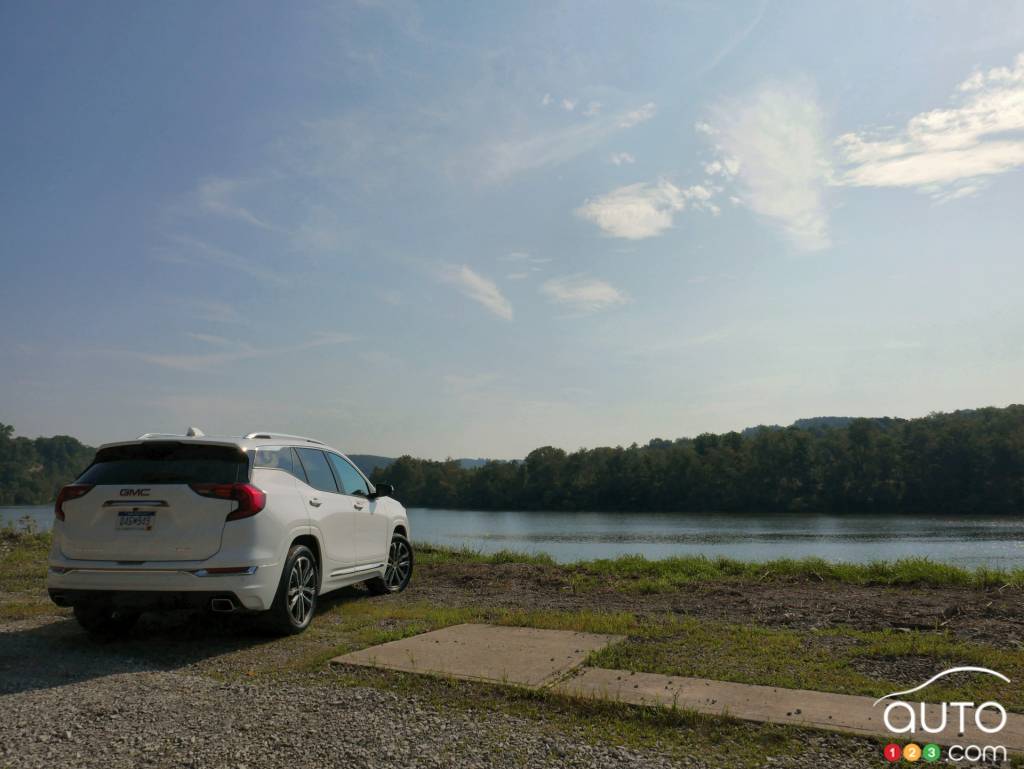 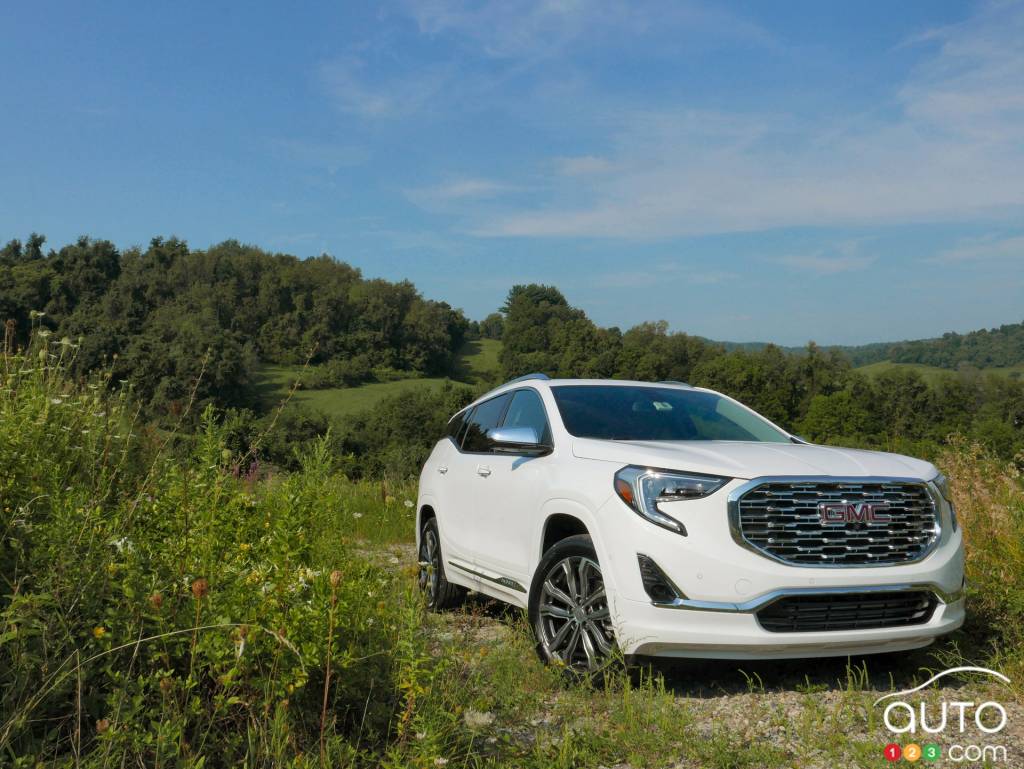 Does the new 2018 GMC Terrain have what it takes to attract compact SUV buyers and stake a stronger claim in its market segment? GMC has just announced Canad...