Canada has, for the most part, stood strong as a bulwark against the SUV takeover that is transforming the automotive market south of the border. This is especially true at the entry level, where for every popular crossover there's at least one, if not two small cars soaking up similar sales. Altogether excellent news for Hyundai, which has chosen the 2018 model year to introduce a redesigned version of its most affordable model, the Hyundai Accent.

The roads crossing the harsh, sun-drenched desert surrounding Las Vegas, Nevada, might not have much in common with soon-to-be-snowy Canadian climes, but that's where Hyundai had me test out its latest take on affordable, and efficient, transportation. Truth be told, the test drive of a vehicle like the Accent is less important than the total package it's bringing to the showroom in terms of price and features. It's a good thing, then, that Hyundai has nailed most of the key characteristics that budget-minded buyers will be shopping for.

Decent, dependable drivetrain
Back to the drive for a moment. With a 130 horsepower, 1.6L 4-cylinder engine as standard equipment, matched with either a 6-speed manual (base models) or 6-speed automatic (everything else) transmission, you'd be forgiven for thinking that the Hyundai Accent sounds a little poky off the draw. While acceleration from a dead stop isn't the subcompact's forte, once at speed its engine offers a relatively smooth power band that makes passing at highway speeds stress-free―something I appreciated when stuck behind the campers and RVs that infest Nevada's Valley of Fire national park.

Handling, too, is adequate given the car's econo-minded all-season tires and comfort-oriented suspension design. The Accent is a cruiser, and when unhurried it delivers a driving experience about which there is little to complain.

Bigger, more comfortable, better-equipped
From a styling perspective, prospective Accent buyers will also be pleased by the spate of updates made to the car's overall shape and cabin details. Slightly larger than the vehicle it replaces but still well short of the next-step-up Elantra, the Accent distinguishes itself when compared to loss-leaders like the Nissan Micra and the Mitsubishi Mirage by offering compact-level interior volume and a quieter (although still windy at higher speeds) personality. LED lighting front and rear are joined by available fog lights to further separate the car from its bargain rivals, positioning it to more effectively fight older stand-bys like the Chevrolet Spark as well as newer vehicles such as the Toyota Yaris.

The interior of the Accent will be familiar to anyone who has ridden in a recent Hyundai product, as the vehicle draws its infotainment system, switchgear and dashboard layout from the corporate parts bin. A 5-inch touchscreen is standard, although not quite at the level of what you'd find in a Chevrolet or Toyota, with an available 7-inch upgrade adding nicer graphics and more functionality (Android Auto, Apple CarPlay, navigation, Bluetooth capability) to the menu. Hyundai is offering a smart two-tone light and dark interior palette for the Accent as well, with cloth seats found on each and every model. That's right: the only leather you'll find in the range-topping GLS editions will be on the steering wheel and shift knob, but at the very least you'll enjoy heated buckets up front as well as automatic climate control.

If there's one area where Hyundai has come up short with its subcompact offering, it's in the active safety department. The sole nod to the age of sensors, warning beeps and vibrating steering wheels is a forward collision avoidance system, which is exclusively offered on the priciest of Accent trim levels. It seems somewhat unusual for Hyundai to not, at the very least, provide an options package packed with protective tech (such as a blind spot warning system) to alleviate any potential anxiety at ordering time.

Lack of active safety is not a deal-breaker
Still, it's hard to imagine too many prospective Accent owners being turned off by its lack of leather, and while advanced safety equipment is increasingly standard on smaller vehicles―including several of the Hyundai's direct competitors―it has yet to become a deal-breaker at the entry level.

A versatile choice in hatchback form, which Canadians will benefit from shortly after the initial roll-out of the sedan, this is a car that trades on its reputation as a well-priced commuter or city-oriented second vehicle that's easy to park, cheap to maintain and reasonably good (7.3 L/100 km) on gas. With its starting sticker expected to hover around the same $14,000 mark as last year's vehicle, not much of that is likely to change. 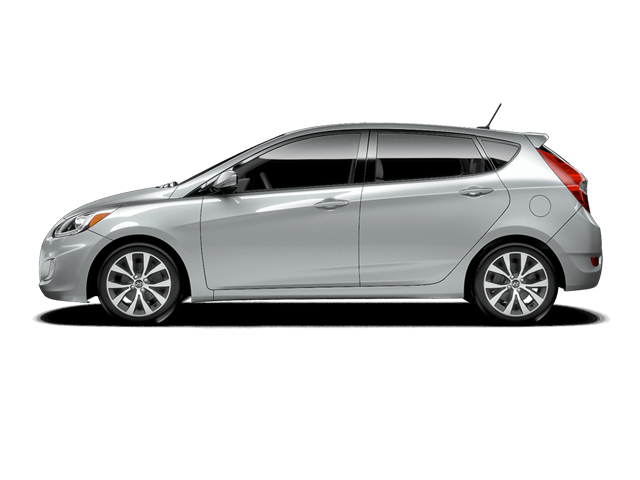 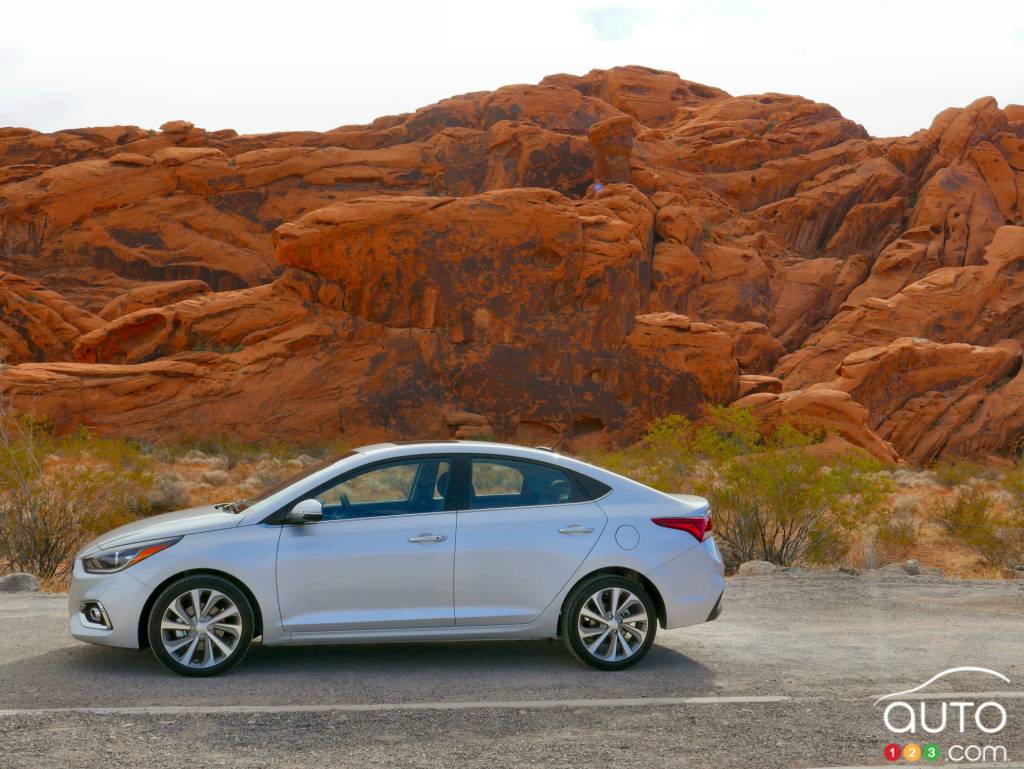 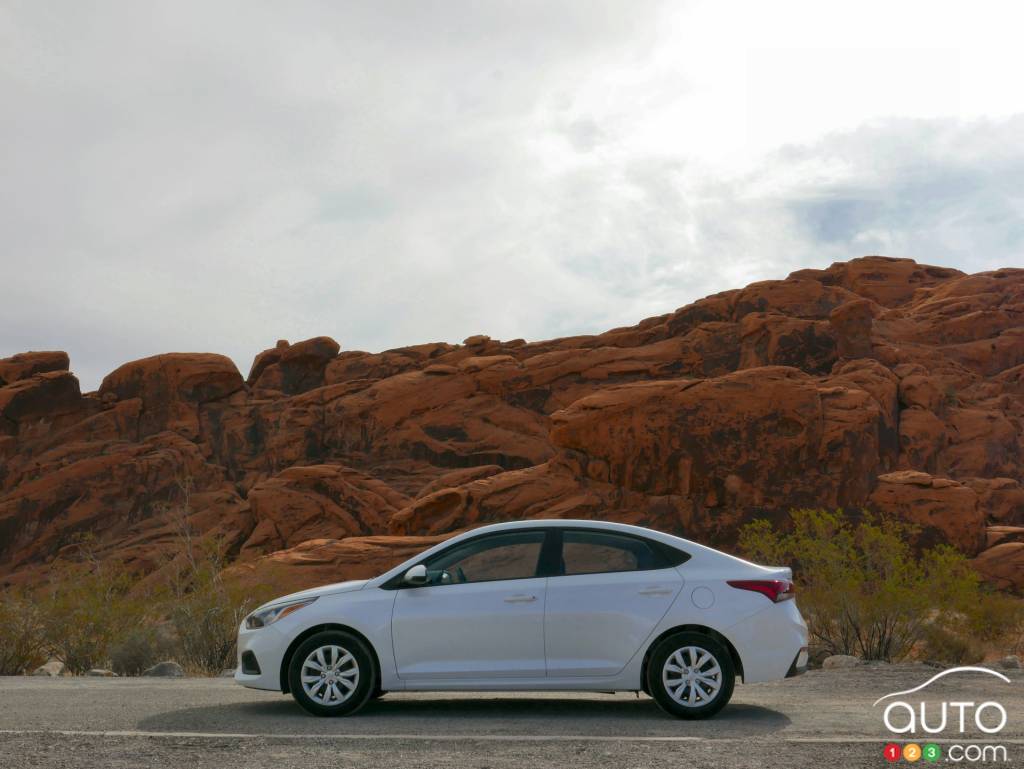 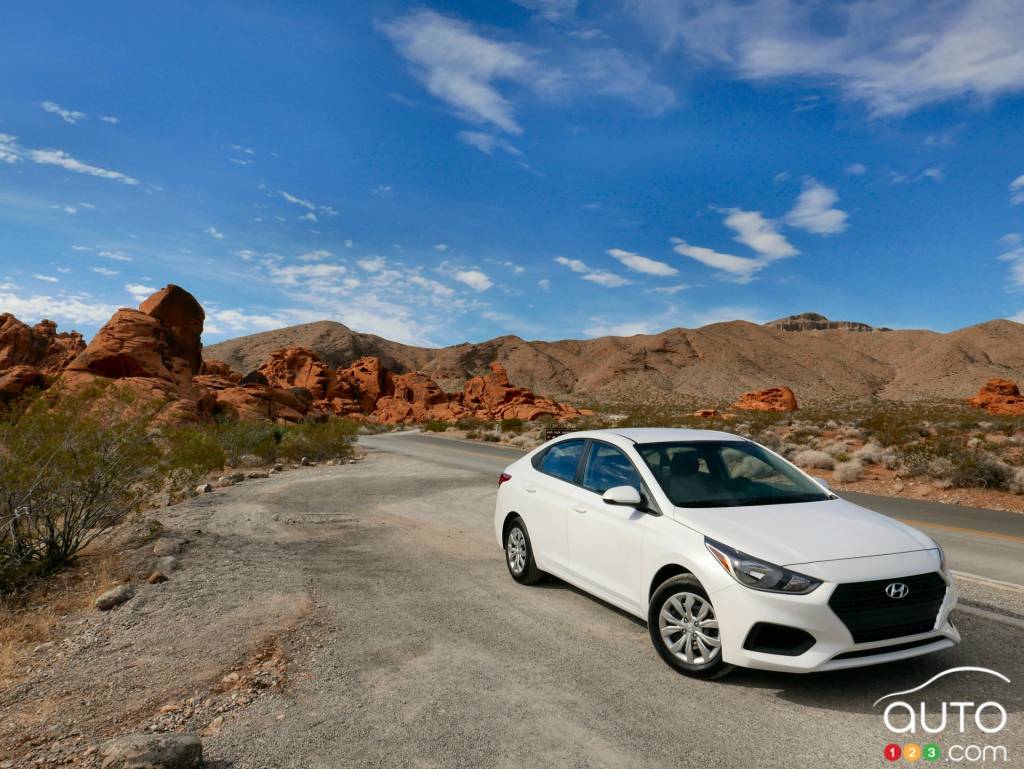 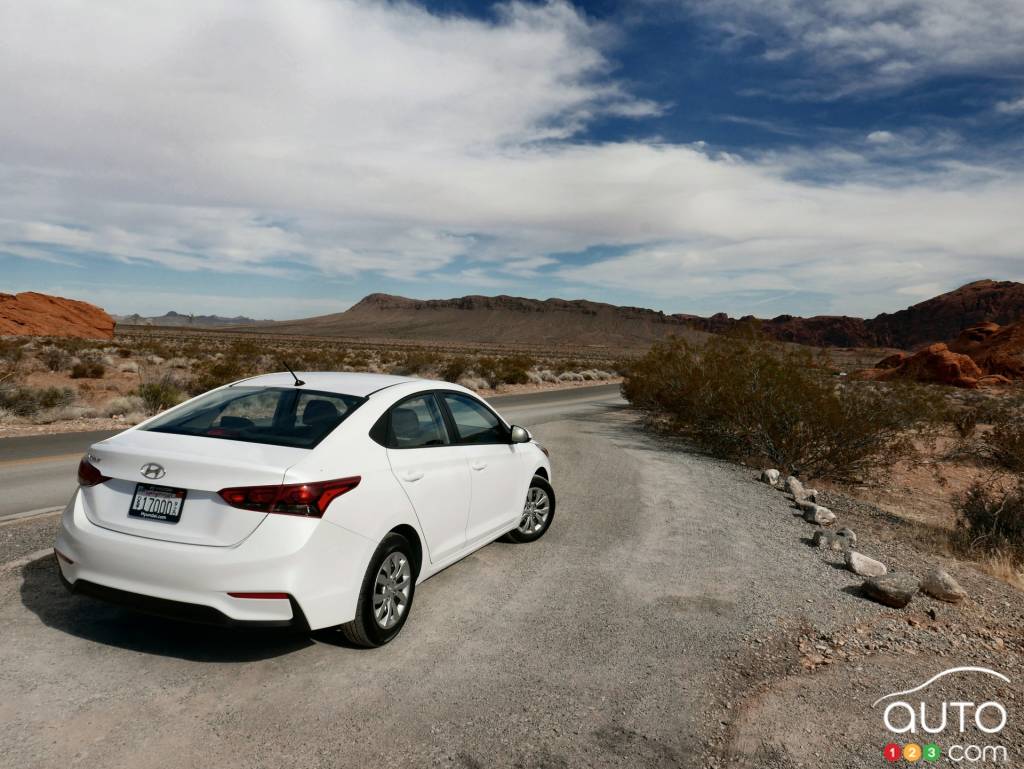 Hyundai Canada has announced pricing for its 2018 Accent. Recognizing the important position the hatchback version occupies on our market, Hyundai will conti...