In what seems like a blink of an eye, Volvo has gone from making conservative, safe-bet cars that put safety first, AWD practicality second and any styling a distant third, or sixth , or 12th, to something completely different…

Sure, Volvo cars were definitely recognizable in their styling, but that doesn’t mean they were winning any beauty pageants because of it. Now, however, that’s all changed. Starting with the release of the world-beating XC90 SUV in late 2014, on to the arrival of the classy S90 two years after that and then the V90 and V90 Cross Country twins, Volvo just keeps churning out cars that do the job, and manage to look good – extremely good – while they’re at it.

It’s a theme that continues with their latest release: the 2018 XC60 compact luxury crossover.

Thor’s Hammer and more
“Thor’s Hammer” pertains to the DRL style seen on almost all current Volvos, and it lends an unmistakable look to the front fascia. When you see those headlights, you know it’s a Volvo. Or more precisely: when you see those headlights, you know it’s a Volvo, but chances are you’ll also be saying “THAT’S a VOLVO!?!? Wow!” That’s how distinctive they are, and how much of a paradigm shift they represent. No longer are we to look at a Volvo and say “I know it’s safe and reliable, but I’m pretty sure I wouldn’t want to show up at the ball in one”. Now, the Volvo is the ball, and we should count ourselves lucky to be invited at all.

With the XC60, the lights are just the start of it. There are great wheel choices ranging from 20 to a full 22 – twenty-two! – inches, an R-Design model that looks way more like a sporty wagon than a crossover thanks to its perfect stance and unique detailing (contrasting wing mirrors, even more special wheels, different grille, different rear fascia), and interiors that are absolutely fit for the luxury segment in which the XC60 competes, hitherto dominated by the Germans and Japanese, with the occasional sprinkling of an American heavy hitter such as the Cadillac XT5.

The T8 model featured here (it’s the white car; the blue car is “R-Designed”) is a little more laid back in its styling; it gets the “Inscription” trim as opposed to the “R-Design” trim (which like the base “T5 Momentum” trim starts at $45,900. T6 and T8 models follow for $52,200 and $69,550, respectively), which eschews the silver wing mirrors for body-coloured items, has slightly tamer wheel choices and actually gets a variety of interior finishes, as opposed to the sole charcoal colourway seen in the R-Design.

Relax and enjoy
Inscription trims may get a selection of interior colour choices, but the Amber finish in our tester would be pretty hard to pass up. It doesn’t cost any more, and it looks just right, in classic Swedish log-cabin-meets-electronica kind of way. Oh, and how can we forget the crystalline Orrefors gear selector? Scrumptious.

As is expected, the seats are comfortable and supportive, the only real issue being a too-easily-felt gap between the adjustable thigh cushion and bottom cushion if fully extended. It’s been an issue since the XC90, and it hasn’t changed much here. In addition to being heated and cooled (on the Inscription which also gets heated rear seats and steering wheel; heated seats are standard on base XC60s), there’s also a seat massage option if you feel the need to go all out in your XC60, though I feel this is a feature better reserved for real chauffeur-type sleds like the S90 sedan. The cooling, meanwhile, is done in such a fashion that it manages to do its job without the uncomfortable feeling of cool air being blown directly at your tush. It was a warm couple of days during the launch just outside of Denver, and we were happy to have the feature.

Electronic wizardry
In addition to being ultra-coddling, the techno display extends to the infotainment and driver-aid departments as well. On the infotainment front, a 9” touchscreen display comes standard on every trim, and it’s your gateway to pretty much every interaction with the car, from your climate controls to your tunes. It’s big, responsive and pretty slick-looking overall, if a little bit of a challenge to get to know at the outset. There are some very data-heavy menus here, and some are busy to the point that you really shouldn’t be spending too much time on them while driving. That’s a little strange, considering that many of the adjustable driver aids – from lane-departure warning to HUD adjustments – are found in these menus.

I guess that’s why that instead of asking you to adjust all the aids one by one, Volvo has brought to the XC60 the Pilot Assist package, essentially one big safety suite that incorporates all the most important electronic aids. It takes a little while to figure out how to activate it – the wheel-mounted buttons that control the menus within the gauge cluster are labeled only with icons, no words – but once you do, you get as close to an autonomous drive as you’re currently going to get. Lane keep assist with steer assist, adaptive cruise, road-departure mitigation and assist (lane keep assist automatically adjusts your steering to keep you in-lane; road departure assist can apply the brakes, too) all contribute to ensuring that while the XC60 may look sexy, looks aren’t everything and they haven’t forgotten their safety-first roots.

They clearly know what they’re doing; aside from a slightly too-lively wheel during lane keep assist intervention, the system operates pretty seamlessly in the background (as long as you’re travelling between 50-100 km/h, which is when the systems are active), meaning I rarely had to resort to navigating those complicated menus.

Plug-in to win
Those familiar with Volvo’s current nomenclature will understand that the “T8” attached to our tester denotes it being of the plug-in hybrid variety. It’s also the most powerful XC60 of the lot, making 400 hp and 472 lb-ft of torque thanks to its turbo 4-cylinder plant up front, and electric motor mounted to the rear axle. For those raising an eyebrow at a luxury brand making a hybrid their most powerful offering, know that the second-most powerful model Porsche sells today – the Panamera Turbo S E-Hybrid -- is a plug-in hybrid sedan-type thing.

Also worth noting is that while the XC90’s powertrain makes the same power as its larger XC90 sibling, it actually weights almost 1,000 kg less, depending on spec, so on the surface, it should haul you-know-what.

Which it does do… in a way. It doesn’t explode out of the gates quite as quickly as you might expect, but once it gets everything on board, and all its systems correctly aligned, you’ll be covering continents, and quick. Or, if you’re a little more measured in your throttle movements, you can cruise in full-EV mode, though Volvo hasn’t yet confirmed for how long. They expect it to be around 30 km, however, around the same as what the XC90 can do. The EV motor’s placement on the rear axle also means that there’s no need for a rear driveshaft; the EV motors are there to give the XC60 its AWD ability, and, according to Volvo, with no hit to performance or capability.

In addition to munching up the kilometres, you’ll be doing so nice and quietly as well. Having the ability to cruise for a time in full EV lowers the decibels, sure, but Volvo has obviously gone to great lengths to make the overall drive as quiet and relaxing as possible. Road noise is minimal – even with the big 21-inch rolling stock we had – and wind noise reduced thanks to a slippery shape and sound-deadening materials dropped in all the right places. My drive partner and I commented to each other on numerous occasions just how easily we could converse.

It also allowed us to more fully enjoy the fantastic – but optional, for a cool $3,250, no matter the trim – Bowers & Wilkins audio system that has three sound modes, one of which has been tuned to sound like something you might hear at the Gothenburg Concert Hall in Volvo’s hometown by the same name. Go ahead: crank up the volume as much as you like. You won’t find any distortion here. I was a little surprised, however, at how the wing mirrors shook when hit with slightly above-average bass soundwaves.

Beyond that, however, driving the XC60 is a fantastically comfortable experience, especially if you’ve opted for the optional air suspension found on our car. It complements the double wishbone front end and integral link rear setup to make good on Volvo’s promise that the XC60 is a crossover that should ride as smooth as it looks. Indeed, body movements are kept pleasingly in-check, both under hard braking and acceleration, as well as during aggressive yaw movements, so that the need for the even-deeper buckets found in the R-Design model seems almost non-existent. On top of that, try as we did through some of the twistier bits of Colorado’s Rocky Mountains, we couldn’t get the tires to voice their displeasure. Not only does the XC60 have the profile of a sporty station wagon (a body style that, you know, Volvo is pretty adept at building), it has the on-road manners to back all that up.

A whole heck of a lot of good
I guess that’s what I really love about both the XC60 and the rest of the cars in Volvo’s stable. They have the looks to make even luxury grand tourers blush, yet it’s not window dressing, not at all. They are supremely well-engineered – from the stereotypical safety features on out – and that DNA has made its way to the XC60.

Which is important for Volvo; after all, the previous-gen XC60 continues to be their high seller in Canada to this day, by a country mile over the next vehicle in the lineup. With that in mind, they’d best be sure to get the replacement right; too flashy and it upsets those that like the conservative styling of the old car. Too conservative, and you risk losing out to the big grilles of Lexus and Audi. It’s a fine line to walk, but my-oh-my if the XC60 hasn’t got some of the best walking shoes around. Keep those hits coming, Volvo. 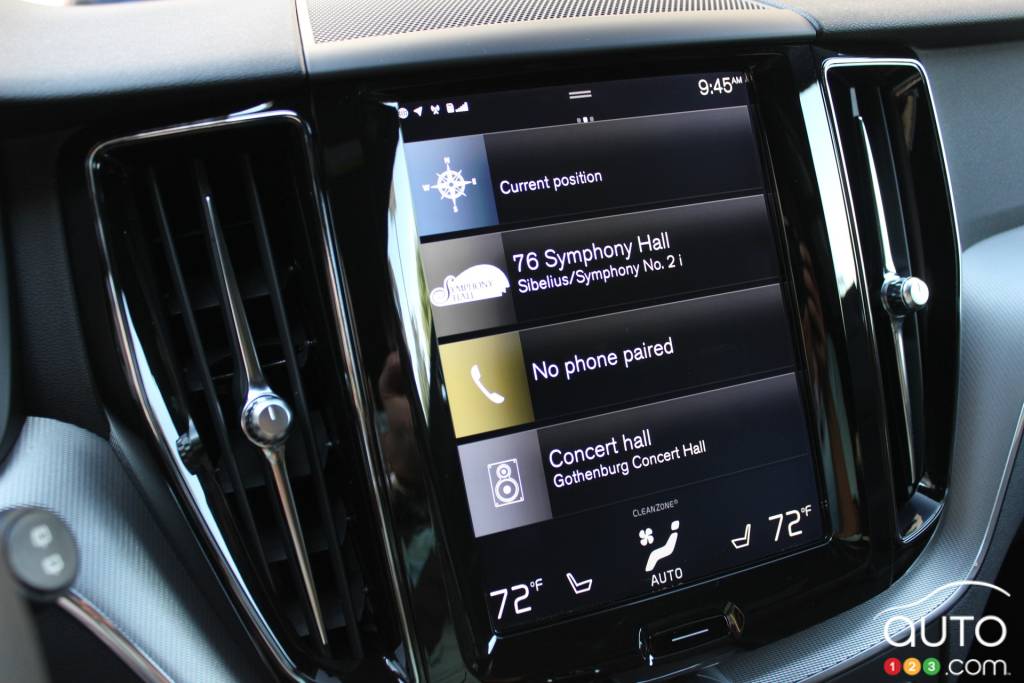 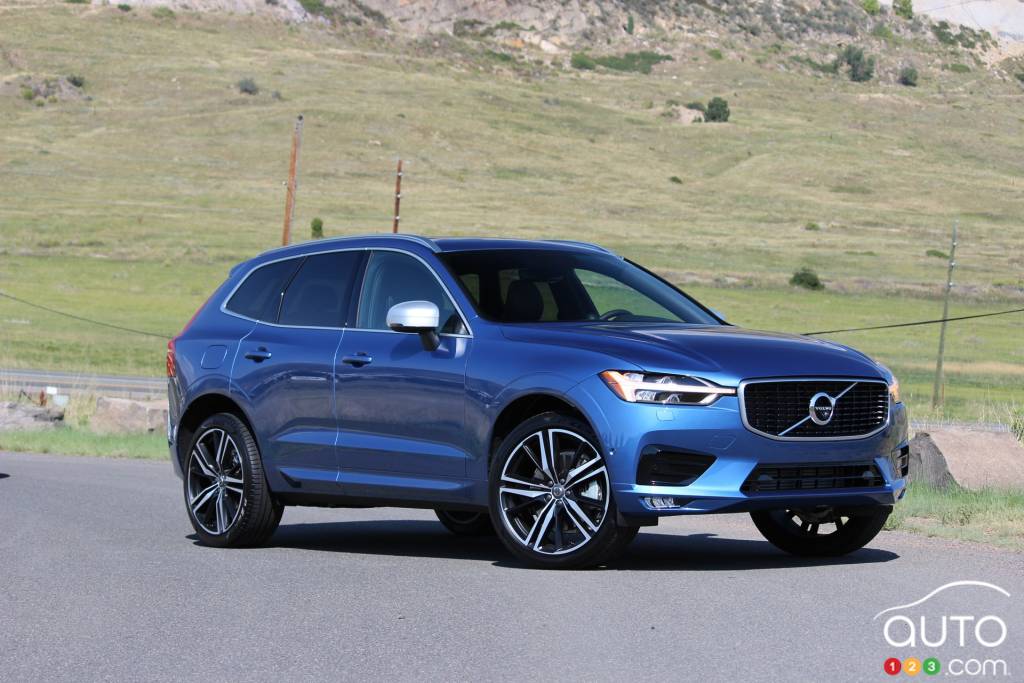 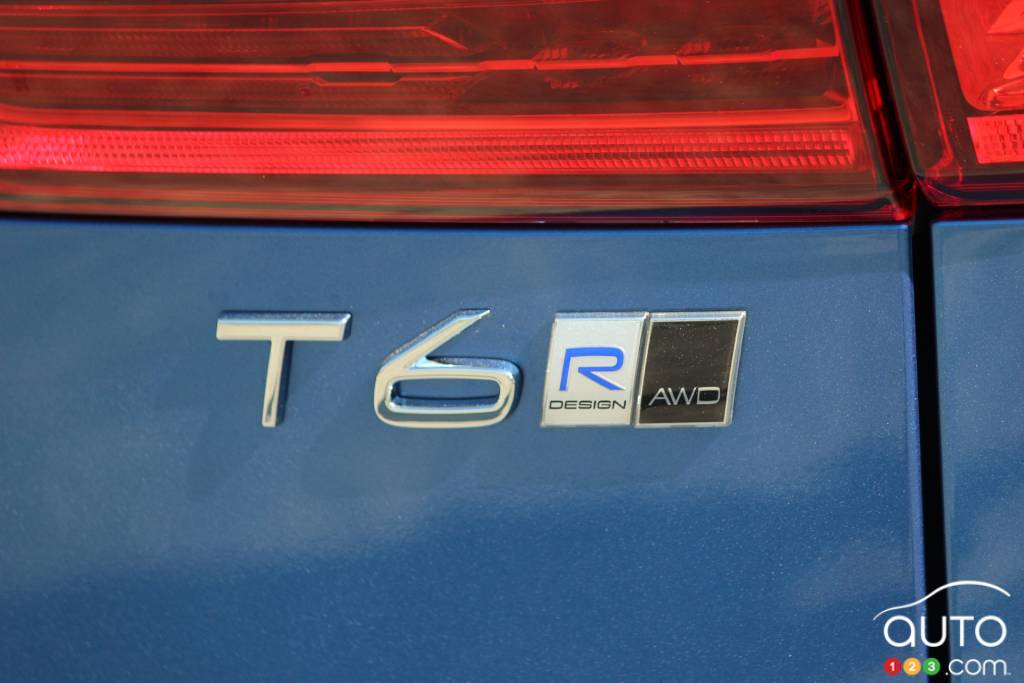 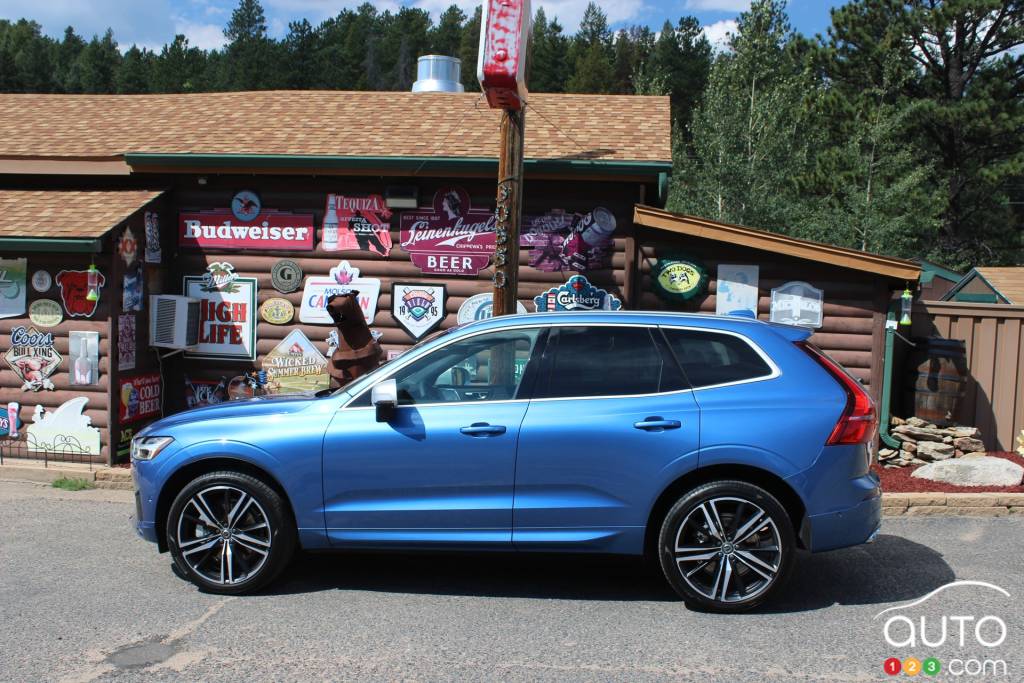 The Volvo XC90, "the most awarded SUV in history". Ever since Chinese giant Geely acquired Volvo, the Swedish brand’s engineer have infused its vehicles with...

Learn more about the new Volvo XC60 and discover why it was chosen best in its class during our 2018 Auto123.com Awards.