There's good news out there for Volkswagen fans: you won't have to wait seven long years between vehicle redesigns anymore, as the German automaker has committed to significantly shortening both its refresh and replacement cycles across the board. The news is even better if you've been looking forward to the next evolution of VW's Jetta compact sedan, because the 2019 model - the car that kicks off the company's shortened development cycle - is mere weeks away from hitting dealer lots across the country.

I headed to the rolling hills of North Carolina to sample the 2019 Volkswagen Jetta's swap to its all-new platform, and see just how far into the future the brand has brought its strong-selling model.

Bigger Than You Think

Let's start with a few of the things that set the 2019 Jetta apart from the rest of the entry-level sedan pack. The first is size. VW's most affordable four-door has been one of the biggest small cars money can buy for most of the past decade, and that status has been solidified for the current model year with the move to the MQB platform. This shared chassis adds to the Jetta's wheelbase, overall length and width, and also expands interior measurements everywhere but leg room, which is marginally smaller than it used to be.

Don't get me wrong - the Jetta's far from an enormous, hulking bully on the compact scene. It does have a few inches on almost every one of its competitors, though that’s a fact that only really becomes apparent when parking it side-by-side with a Toyota Corolla or a Honda Civic.

Another point of deviation for the new Volkswagen Jetta has to do with its revised feature-set. Thanks to VW's corporate ownership of luxury brand Audi, it has been able to leverage the latter's Digital Cockpit gauge cluster and spread it out among the more affordable vehicles in its lineup. The unique new 10.2-inch display replaces the traditional set of gauges in front of the driver and allows for a completely configurable experience, including the ability to transfer navigation maps over from the centre screen.

It's an impressive piece of kit, but you'll have to commit to the top-tier Execline trim level if you want to benefit from it. With a starting price of $27,695, the Execline adds nearly $7,000 to the base Comfortline's $20,995 ask, and also brings with it equipment such as genuine leather hides for the seats (with ventilation to go along with the heaters up front), a Beats-branded stereo (replacing the previously-available Fender-branded audio system), a brake-based electronic limited-slip differential, 17-inch rims and LED headlights.

All versions of the Jetta are delivered with the majority of the gear one would expect in a modern compact, with the mid-tier Comfortline (MSRP $24,095) adding niceties such as automatic climate control, keyless entry, a blind spot monitoring system and a larger infotainment touchscreen on top of the entry-level equipment. If you want to benefit from active safety, however, you'll have to add the Driver Assistance package, which is where you'll find adaptive cruise control, automatic forward braking and lane assist. It's optional for both Comfortline and Execline, which is a bit of a surprise given the already substantial price tag of the latter.

Much of the rest of what the 2019 Volkswagen Jetta has to offer fits in with what buyers have come to expect from the sedan. The engine lineup has been whittled down to just a single choice, last year's 1.4L turbocharged 4-cylinder, which has been retuned to offer 147 horsepower and 184 lb-ft of torque.

More important is improved fuel mileage across the board for the Jetta. Regardless of whether you choose the 6-speed manual or new-for-2019 8-speed automatic transmission, you'll benefit from the same 7.0L/100 km in combined driving, a boost over the previous edition of the car.

There's no real thrill to be had with the hammer down in the VW Jetta, but that's to be expected from the majority of small four-door options at its price point. Still, the torquey 4-cylinder is adept at passing, even at highway speeds, and the 8-speed automatic is well suited to managing the 1.4L's output in both city and two-lane driving. The Jetta is clearly built for comfort, not agility, but even on North Carolina's up-and-down secondary roads the car held its own and never felt out of its element.

For those seeking a bit more adrenaline from their daily slog to work, a GLI edition of the vehicle is on its way later this year (or you can order the R-Line package, which drops the suspension by 15 mm and adds racier styling all around).

The 2019 Volkswagen Jetta preserves the biggish-car feel in a little-ish car package that underscored the appeal of the previous generation, while simultaneously moving to the more modern MQB platform that currently rules the VW roost. Not the quickest, cheapest or most entertaining choice on the market, as a mid-range commuter the Jetta still makes a lot of sense - especially if you plan to regularly fill the rear seat or enormous trunk. 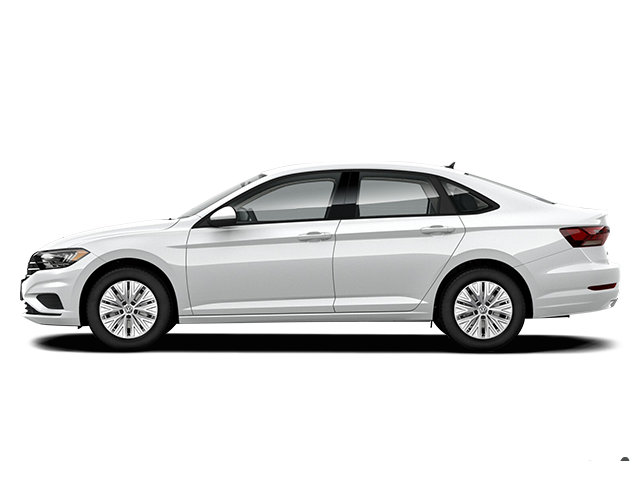 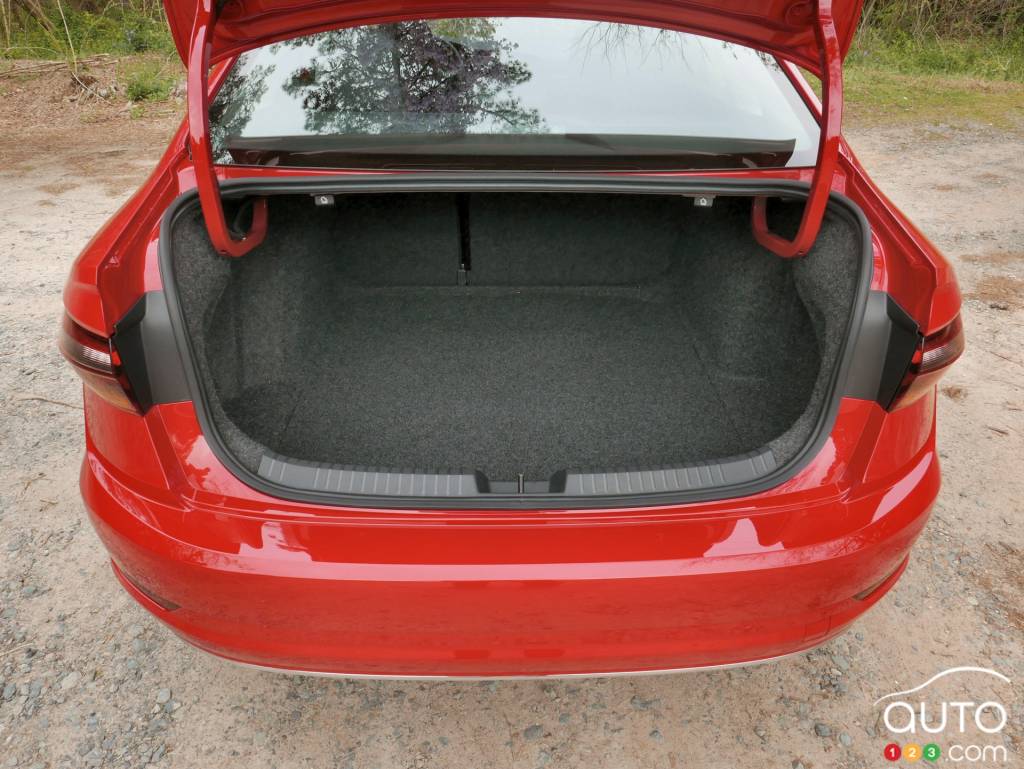 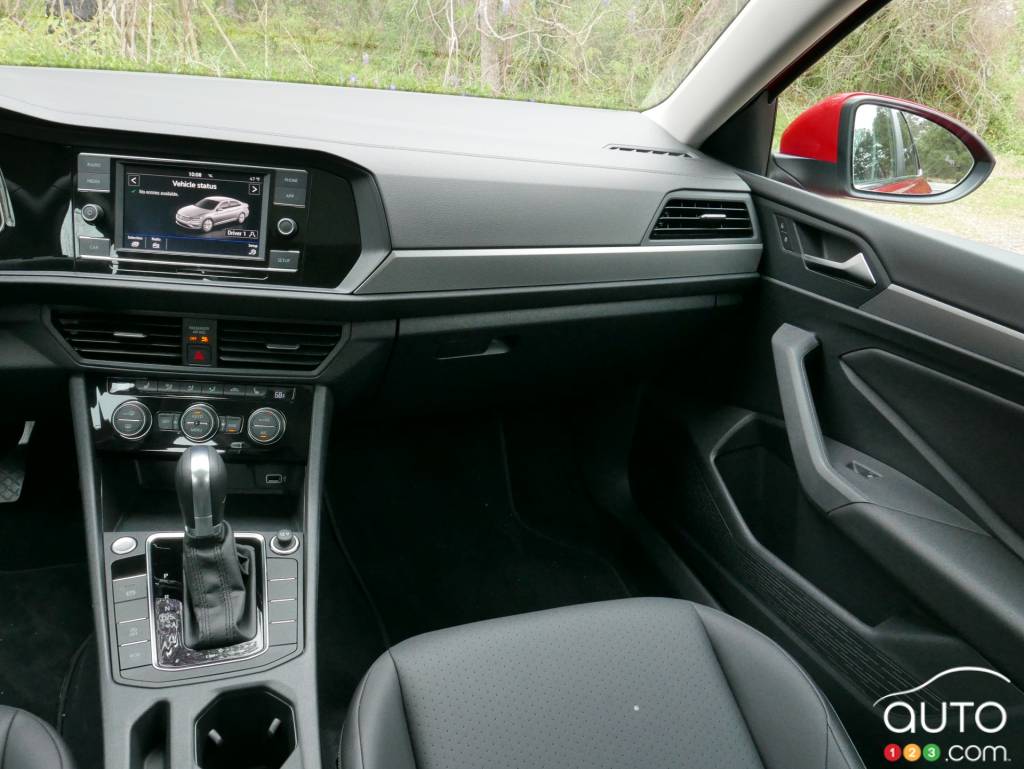 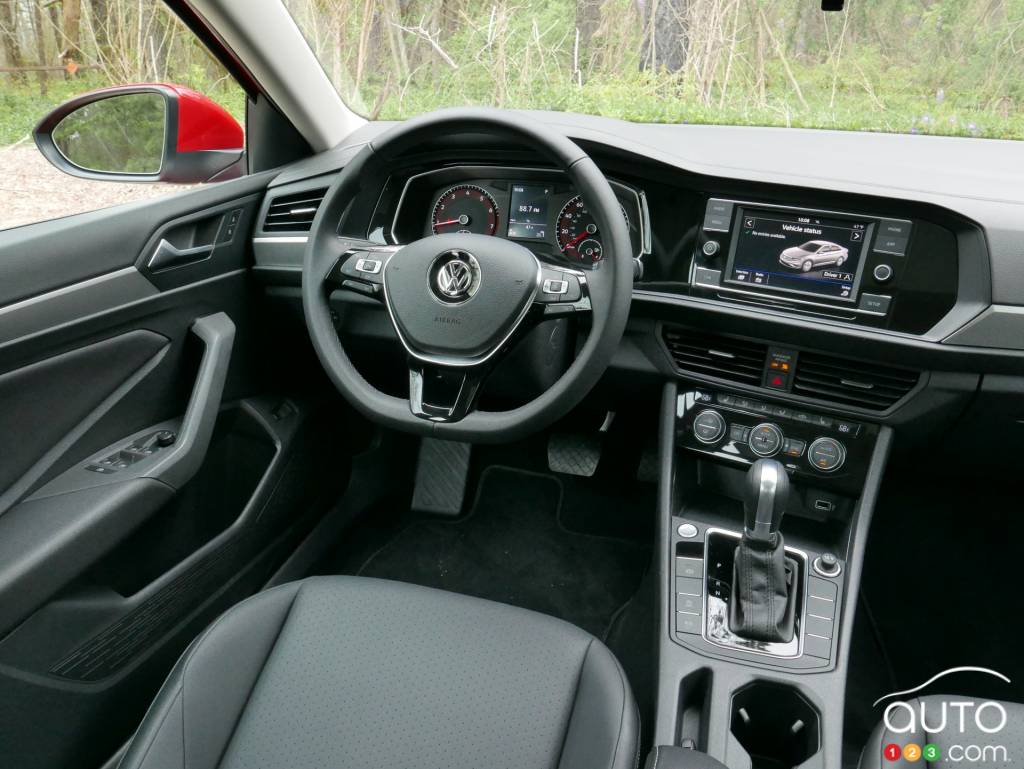 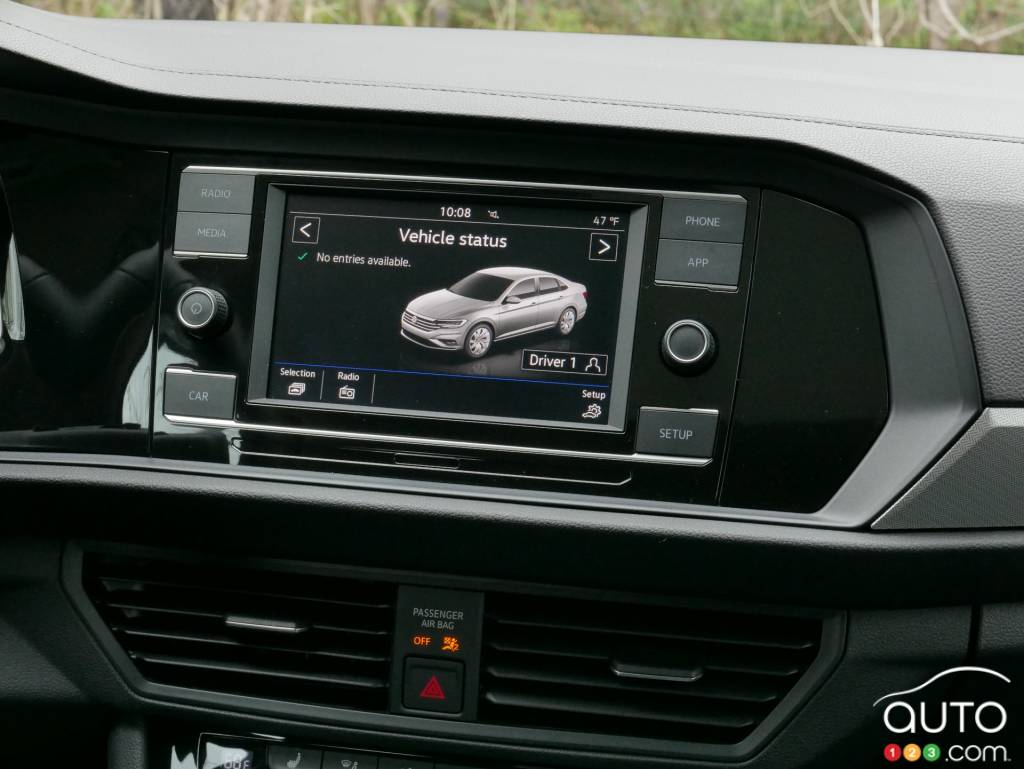 The 2019 Volkswagen Jetta arrives in a troubled market segment riding on an all-new platform and aiming to win over buyers with a package that adds up to sol...

The new generation of the venerable Jetta, just unveiled in Detroit, is built on the excellent MQB platform for the 2019 model-year. At first glance it appea...