Palm Springs, CA – Back in 1990, BMW added a car to its lineup called the 850i. The model was designed to appeal to an even more select crowd than the average BMW fanatic; it lasted until 1999 when BMW pulled the plug on due to sluggish sales.

20 years later, the Munich-based manufacturer is bringing to market a new version of the 8 Series. This time around the car on offer is more in line with the rest of the brand’s product offering, in fact it’s taking the place of the discontinued 6 Series.

There’s some irony there, in that in 1990 the 6 Series was exiting stage right from the BMW lineup just as the 8 Series was entering stage left – although those models had nothing to do with each other.

Back to the present. BMW invited us journalists to a recent event to take the wheel of the new 8 Series car for a short on-road spin so that we could get a feel for it and make a first impression. Then it was on to the track, where we could dig more into its guts… and be all law-abiding about it! 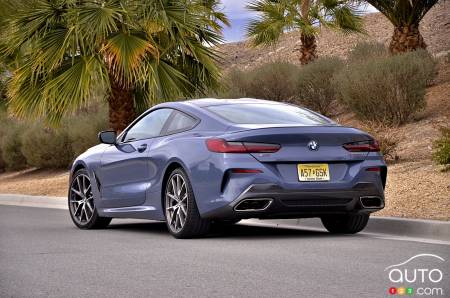 This first contact with the 8 Series left us with more positive than negative impressions.

Not a modified 7 Series
Esthetically, as you can see, the Series 8 has some pretty gorgeous contours, to the point we saw heads turn even on our short on-street trek. There’s no question it grabs the imagination more than the 6 Series; as great a coupe as that model was, it never managed to stand out from the crowd.

One thing the 6 and the 8 have in common, though, is that each has their resolutely distinct character. The 8 Series is not a reworked 7 Series, in other words. The two models are quite different and don’t really target the same buyers. 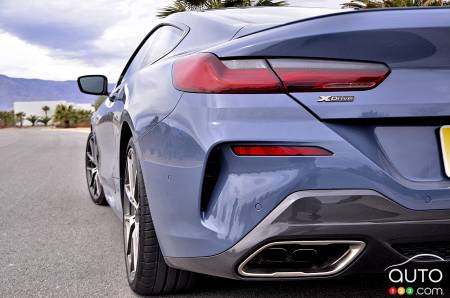 Big luxury
That distinctiveness is just as evident inside. You never really feel like you’re sitting in the official flagship sedan of the marque. The 8 Series is a product that’s a bit apart on the BMW roster. The level of luxury, meanwhile, is positively overwhelming. From the quality of the materials to the list of included equipment, not to mention the variety of safety/drive assist functions, there’s virtually nothing that’s missing or short of exceptional.

How about connectivity, you ask? Same thing. It starts with over-the-air updates of BMW’s new Version 7.0 multimedia system. The excellent bas harmon/kardon audio system can be switched out for another even more-exceptional unit from Bowers & Wilkins.

If you’ve imagined it or wished for it, this interior likely has it or offers it as an option. 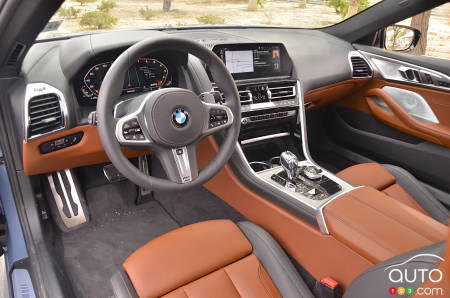 Not that there aren’t a few disappointments, and they’re kind of typical of what you get from the German automakers. For example, the model comes with heated seats, but it costs extra if you want them ventilated.

When you’re paying $110,000 for a car, that’s an insult. It’s not hard to see why BMW does it; its clientele has the means to pay for options like these, but really, from the buyer’s point of view it’s not exactly a great seduction technique.

Fortunately for BMW, the car has a ton of other assets that it can use to seduce.

Mechanics: a whole stable-full
Under the immense hood of the 8 Series sits a 4.4L twin-turbo V8. This unit delivers to the driver, on a silver platter, a stable-full of 523 horses and 553 lb-ft of torque. 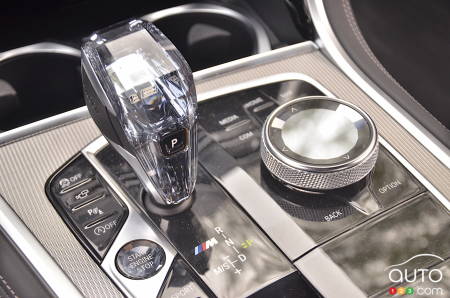 Now, the 8 Series is no lightweight of a car, but that engine sitting between the front wheels could get the space shuttle into orbit if it had to. It teases its ferocious power as soon as you push the start button. The sound alone conveys its intent beautifully and sets the scene for what happens when you put the thing in gear.

That power, by the way, is harnessed by an 8-speed automatic transmission.

To give you an idea of the level of sophistication of the 8 Series, this gearbox can work in conjunction with the navigation system. How’s that? The route programmed in to your nav actually modifies the way the transmission works. On approaching an intersection, for example, it will downshift more quickly to save on the brakes use the engine to slow down the car. Even better, on a winding road it will avoid needless shifting between two close corners if it deems it worthwhile to stay in a gear to enhance the car’s performance when taking those corners. 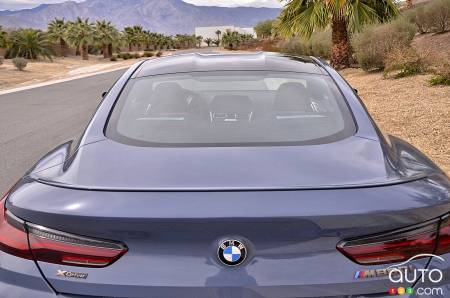 Convincing, intoxicating… and bulky
On the road, before testing the seemingly non-existent limits of the car’s capabilities, I took a moment to take the measure of the car at a statelier pace. As soon as you’re inside, you’re cut off from the outside world, and the first few kilometres of reasonable driving reveal a car that can be smooth as silk on the road.

It doesn’t take long for temptation to rear its head, however. Which is when you switch the adaptive suspension settings to Sport mode and get more aggressive with the gas pedal. Accelerations are quite stunning and are accompanied by a gratifying symphony coming from under the hood.

You find yourself impatient to get a red light, just so you can stop and then start the music over again. It’s pure addiction, and this part anyways is legal as heck.

The problem is that pretty soon you want to enjoy the full potential of this machine on public roads. Any acceleration means looking around attentively for a patrol car lying in wait. This may be exciting but it’S also nerve-wracking and can even become grating. Because you know, in order to do my job as an automotive journalist, I need to hold on to my driver’s permit! 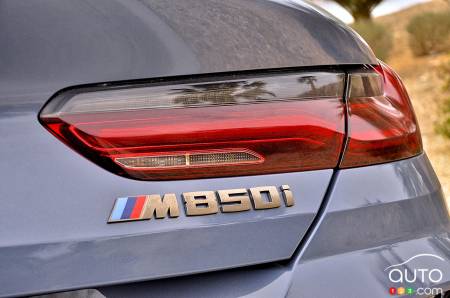 On this day, fortunately, there was a session on the track ahead so that we could scratch our itch properly. There, all we had to focus our eyes on was two things when the pedal was on the metal: finding the next braking point and the entry point into the next turn. On the track, the 8 Series expresses all of its considerable talent… but it also reveals its biggest weakness: its weight.

And what it teaches the driver is that it requires able management to be fully appreciated. Otherwise, you end up fighting it and its power. This is precisely what happened the first few times around the track of the BMW performance centre, though fortunately once I got used to the car and its settings it all fell into place.

Still, the takeaway form the experience is this: the 8 Series doesn’t ask for your respect, it demands it. 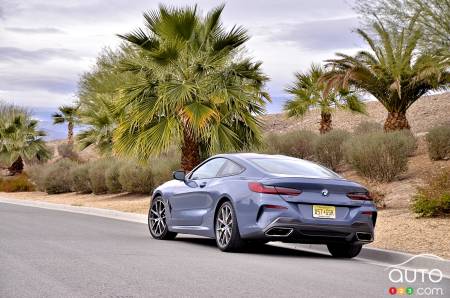 Conclusion
We’ll soon have the opportunity to drive the new 2019 BMW 8 Series for a longer time and prepare for you a full review. This will give us the opportunity to see just how usable and enjoyable the car is when used on a daily basis, far from the track.

As for our first encounter, as we said the reborn 8 Series left us with many more good impressions than bad ones. 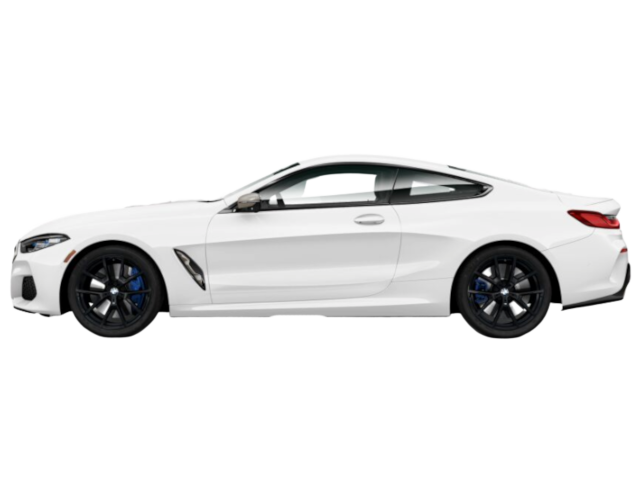 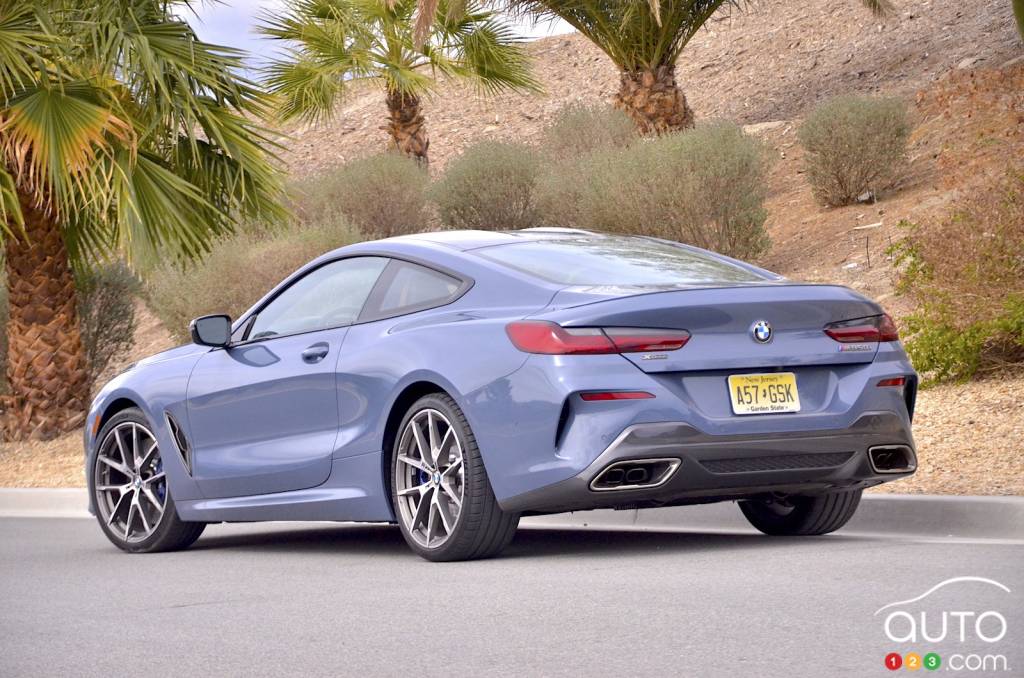 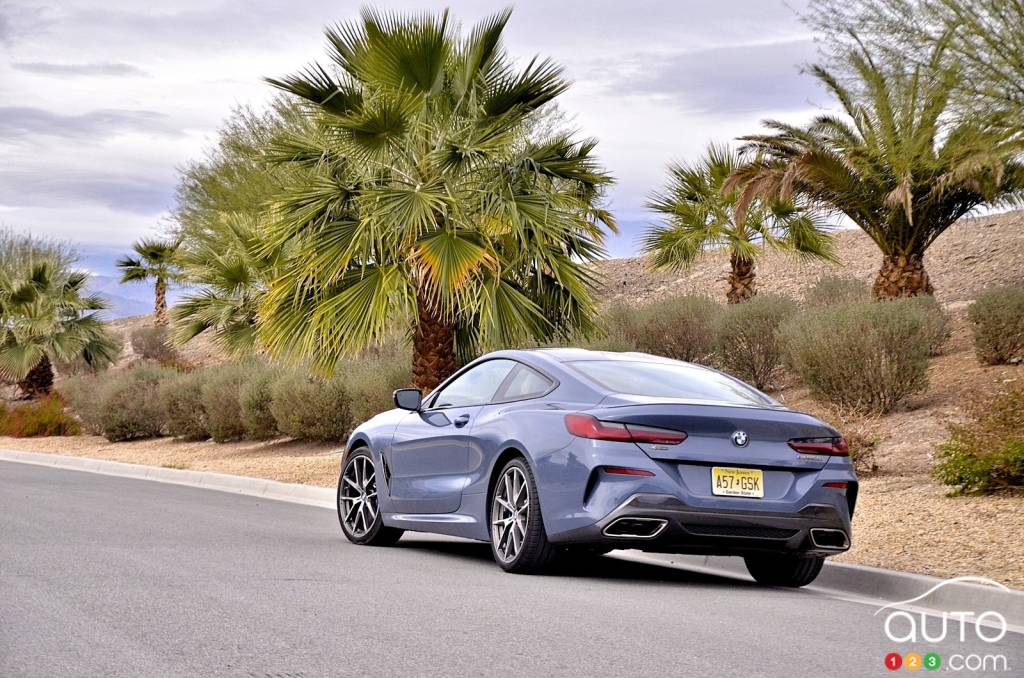 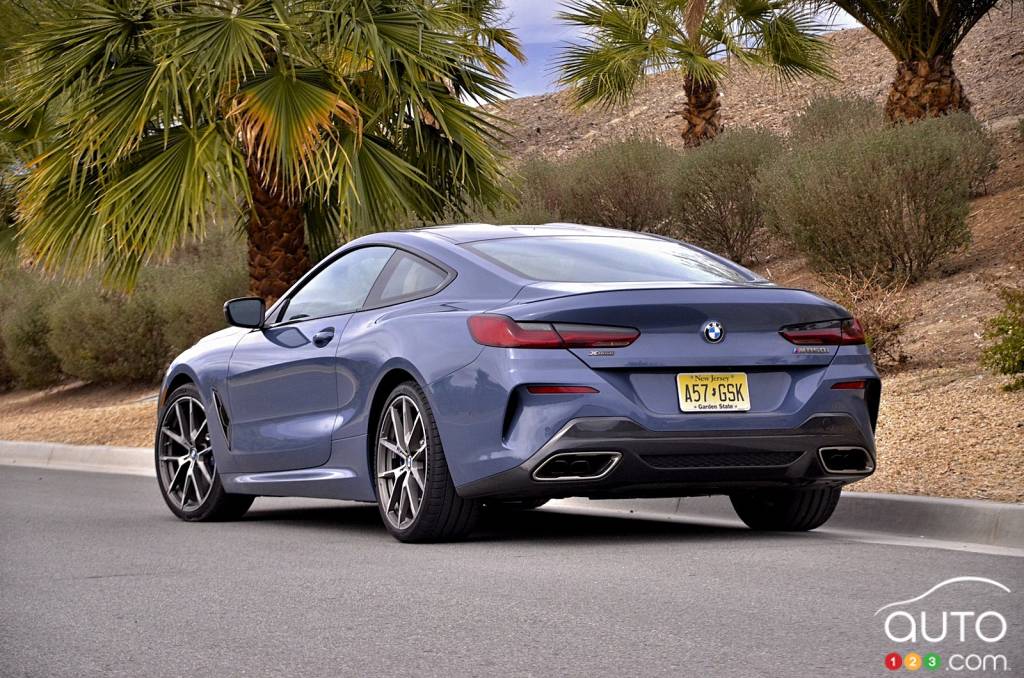 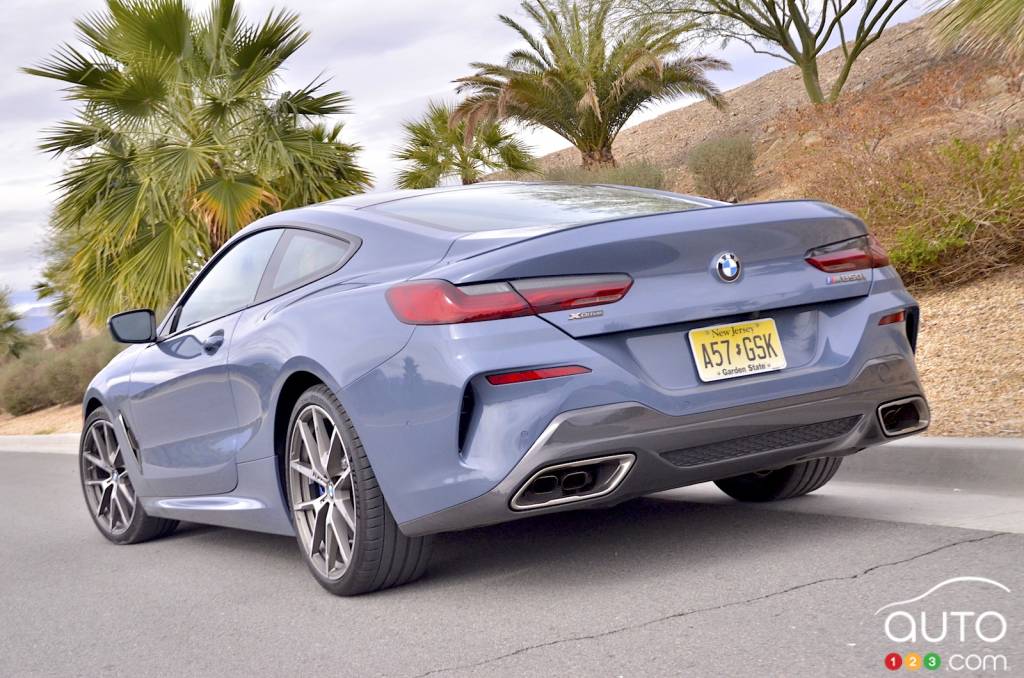