This, I’m warning you off the bat, is not a standard-issue car review.

Yes, I spent a week with the 2019 Volkswagen Golf GTI, and yes, I drove it around a lot, in different situations.

But a traditional review would consist of a summary description of the Golf range, the qualities and faults of the GTI, and so on.

Here I want to take it further. Why? Because the GTI version of the Volkswagen Golf is well-known by now, after more than 30 years on our roads. And also because I have a little anecdote to share. 1970s and 80s
Having been born in 1968, my sentient knowledge of cars dates back to the 1970s, and really took hold in the 80s. And like many kids of my generation (and those that followed, for that matter), my interest was whetted by those cars owned by my father.

The first car registered to my name? A 1984 Chevrolet Cavalier Type 10. It was followed by a 1986 Pontiac Grand Am. When in 1996 I went over to the enemy and bought a Dodge Ram, I was very nearly disowned.

I might have been if I’d bought a foreign-made car. By then vehicles made outside of North America, especially Japanese ones, had earned a solid reputation for quality, but still my father didn’t believe in them. He was not one to abandon his beliefs easily, let’s put it that way! A Volkswagen? Why?
In the 1980s, I saw my fair share of Volkswagens on the road, but paid not much attention. I knew of the Golf, and even its GTI version, but they were foreign to me. Some of my current colleagues, meanwhile, had lived the opposite experience, growing up on a diet of foreign cars.

2000
It was only then that I tried by very first Volkswagen Golf. I was out with a work colleague who, at the end of a night out, wisely asked me to take the wheel of hers to take her home. It was love at first sight. No, not for my colleague, though she was exceptional! I’m talking about the experience of driving that brand-new Golf.

It was an eye-opener, to say the least. 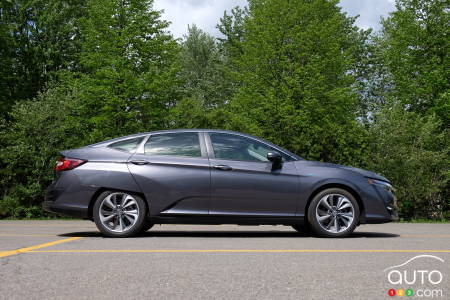 Not that the car was perfect. I remember in fact that even brand-new, that Golf had problems with the power window defoggers. No matter, I had discovered something totally new.

Seven years later, I took the wheel of a GTI as part of my journalistic duties. Then is when I truly understood why this model has survived for so long and remains so popular among VW devotees (as witnessed every year at the Worthersee event in Austria, a massive gathering devoted to all things Volkswagen).

The GTI delivers a unique and highly engaging driving experience, one perfectly suited to those who want to enjoy the driving experience. Remarkably, the recipe employed by VW has remained largely unchanged for close to three decades. When it ain’t broke…

Specifications of the 2019 Volkswagen Golf GTI 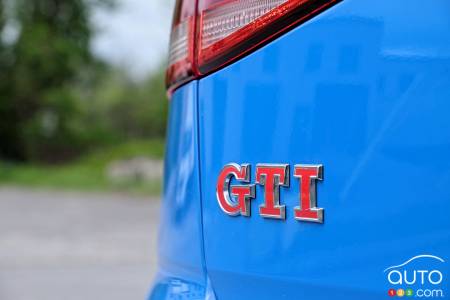 The exception
The current GTI is actually part of the model’s seventh generation, which debuted for the 2015 model-year. The next, eighth generation Golf will be among us very soon… and it will include a GTI.

I have but one wish, and that is that new technologies don’t mess up that winning recipe.

In 2019, the Volkswagen Golf GTI has become an exception in the industry, a rarity. Why? Because it still offers that engaging driving experience, one that doesn’t involve feeling like there’s a computer running everything.

Yes, there’s a multimedia screen on the central console, but that part of the interior still features a host of buttons and knobs, easy to reach and manage. This is gradually disappearing from modern vehicles, unfortunately.

The instrument cluster even includes physical gauges. Maybe I’m being overly sentimental and nostalgic, but I love a pretty gauge! 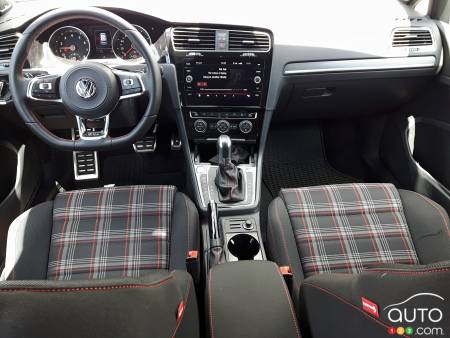 Constant pleasure
At the wheel, you guessed, the pleasure is constant. It starts with a surfeit of raw power, courtesy the 2.0L 4-cylinder engine that makes 230 hp and 258 lb-ft of torque. The tight steering responds instantly and is always confidence-inspiring. Overall, there’s a near-perfect symbiosis between driver and machine, delivered on a silver platter.

This also is becoming an ever-rarer thing in the modern automotive universe and its vehicles that seem like computers on wheels.

As a bonus, the hatchback configuration makes for a sporty, engaging car that’s also as practical as any small utility model. 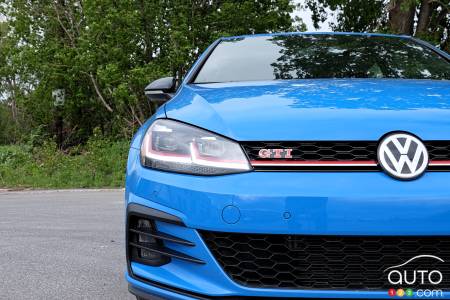 Faults? I won’t pretend there aren’t any.  The suspension, for example, is on the firm side of totally comfortable, especially in Sport mode. For that I hold the state of Canadian roads partially responsible, however. A more adjustable driver’s seat would be welcome as well, as would improved sound insulation for the cabin.

My wish list would also include all-wheel drive. Volkswagen does include it in the R and Sportwagen versions of the Golf, but as we close in on 2020, adding AWD to this Golf would certainly help it hold its own vis-à-vis the glut of smaller SUVs exploding onto the market. Rumours have it that four-wheel drive may be coming on some variants in the future. Fingers crossed.

For the rest, the first images floating around of the 8th-gen Golf show that VW is taking  the evolution route and not upending the apple cart in terms of the model’s design. Phew.

The next-gen Golf will also ride on the current MQB platform. Also phew. 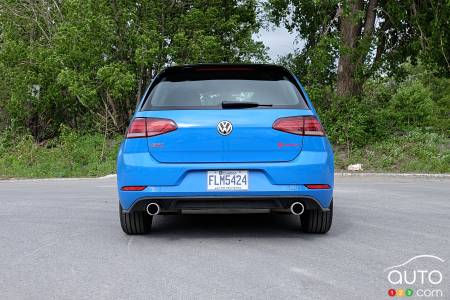 Conclusion
We won’t know until next year the exact details for the next Golf, expected to debut sometime in 2020 as a 2021 model.

But it is possible that with the advent of electric vehicles, that might be the last GTI we’ll get, at least as we know it. But for that edition, at least, we can count on getting a car with excellent driving dynamics and a manual gearbox on the menu.

Let’s enjoy the ride while it lasts, at the wheel of the Volkswagen Golf GTI, one of the last of its kind still breathing. 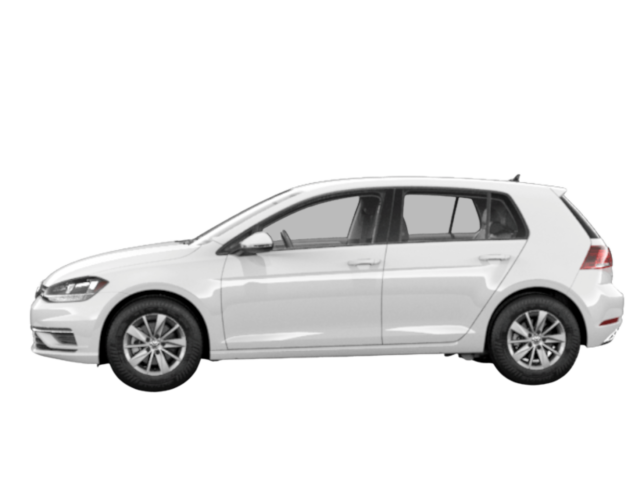 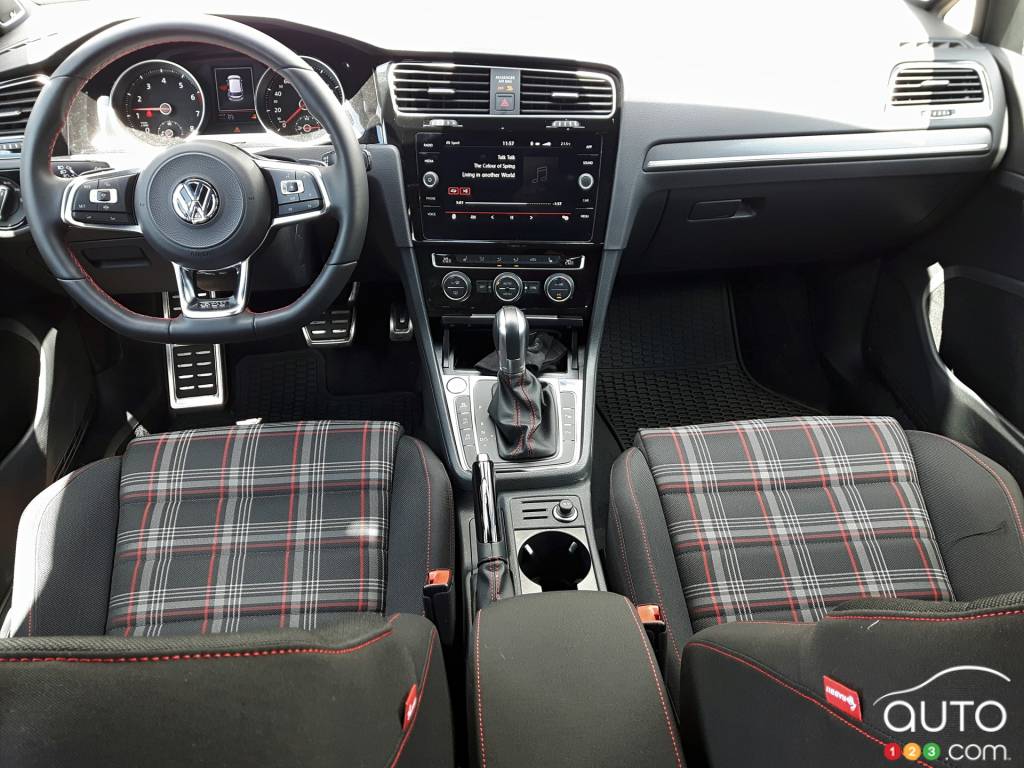 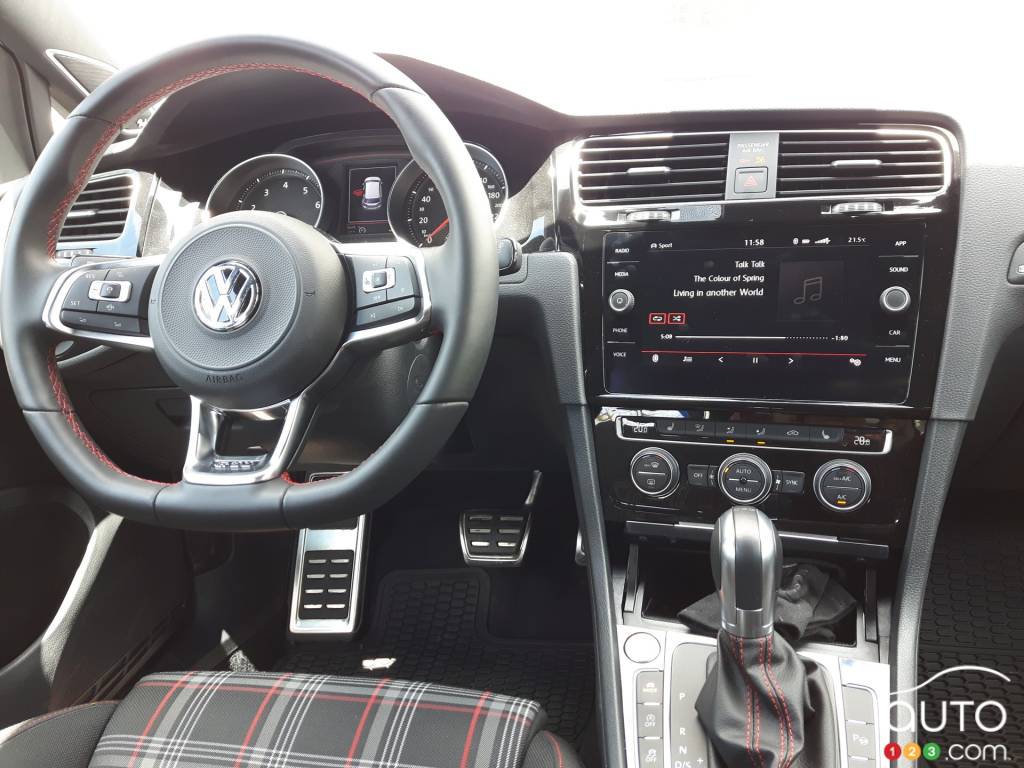 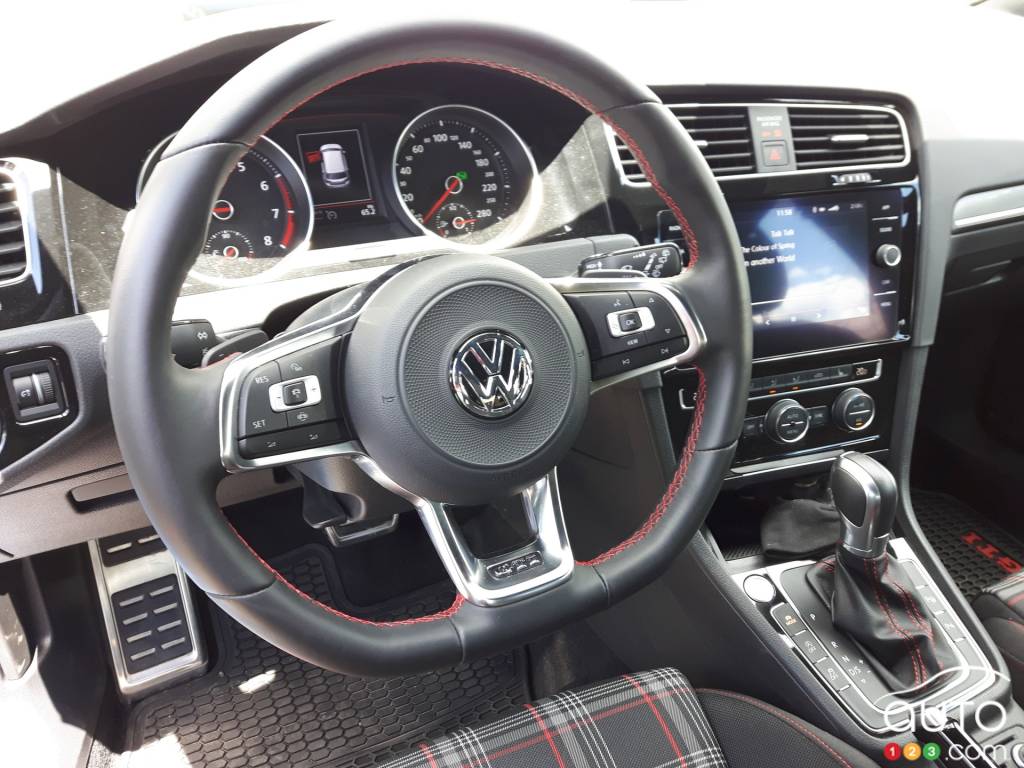 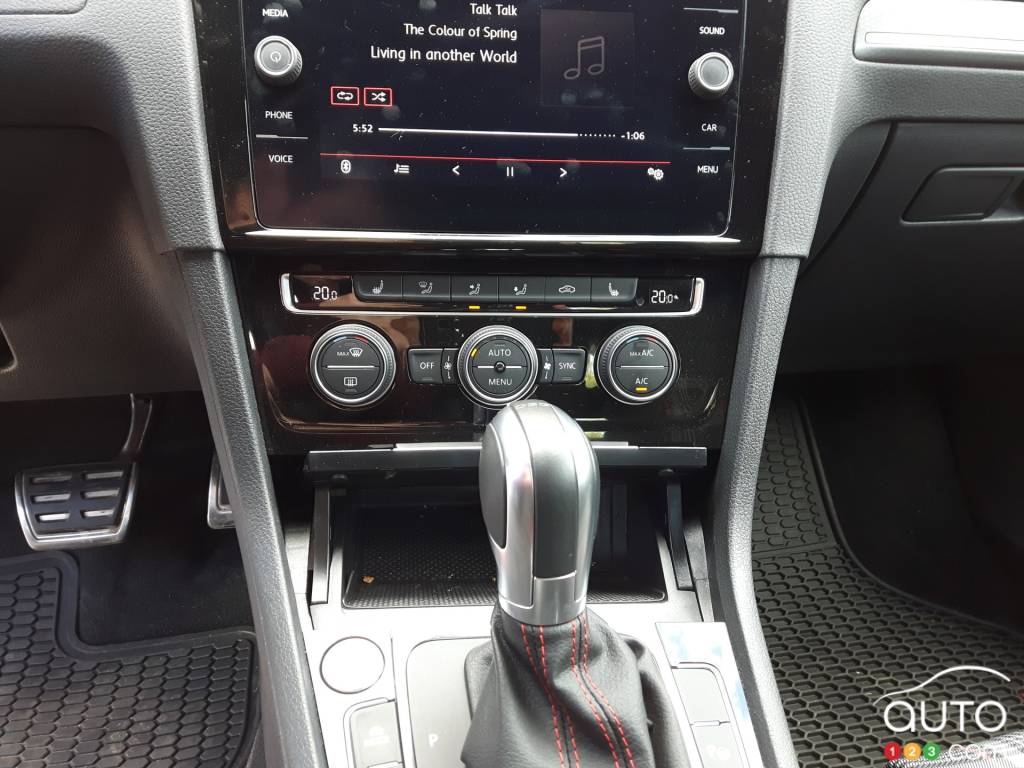 The 2019 Volkswagen Golf is a model at the intersection of mature and aging, which means it delivers a fine-tuned driving and ownership experience even as we...

Review of the 2019 Volkswagen Golf GTI Performance: A Fla...

The land part of our journey to the GFI Treffen in Austria this spring was in a 2019 VW Golf GTI dressed in the Performance package, reserved for Europe only...

On the shores of Lake Wörthersee in Austria, the rains did no harm to the enthusiasm of the VW fans on hand for the 2019 Wörthersee GTI Treffen. Auto123.com ...