There's that sense of exclusivity that you find at Aston Martin that can make the Vantage an attractive choice vis-à-vis the Porsche 911. Though I wouldn’t go so far as to say it's a better car, it is different and I have to admit that Aston Martin's styling chops are among the most fine-honed in the industry. I had the chance to test drive the very first Vantage in 2005 at the Gaydon plant and in the English countryside. The more understated styling of that edition has since grown in stature, but the model retains a clean line and unique elegance.

Sharing technology with Mercedes
Engineers worked with some well-known entities to give the Vantage an exclusive personality. Our test model came fitted with the same V8 engine developed by AMG also found in the DB11. This 4.0L V8 makes the presence of its 503 hp audibly felt. The car’s platform is also the same used by the DB11, but it's shorter in the case of the the Vantage, which is a strict two-seater, while the DB11 includes two seats in the rear. The shorter wheelbase gives the Vantage a nervier, more-dynamic personality.

Since last year, the Vantage also offers a convertible version. And for those who want to experience the exhilaration of a V12, there's also an AMR model that asks to dive deeper into your wallet. 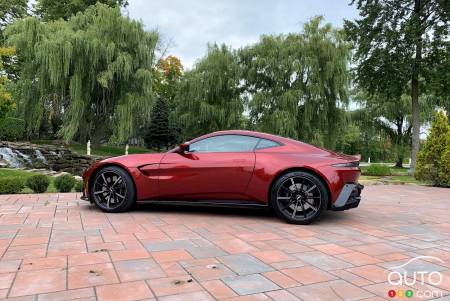 Cat-like reflexes
Compared to the DB11 we tried earlier in the same week, the Vantage is sharper and more precise in its reactions. You don't get a Comfort mode (called GT in the DB11). The Comfort mode is actually the Sport mode in the Vantage, the default mode before you switch to either Sport+ or Track mode. You can even choose a 7-speed manual gearbox, though we have to say our 8-speed automatic transmission with paddle shifters showed a lot of character and power.

Capable of propelling its 1,500-kg weight from a stop to 100 km/h in just over 3.6 seconds, this Vantage has nothing to be ashamed of vis-à-vis any of its competitors.

Despite a size that looks fairly generous from the outside, the Vantage is actually smaller than a 911, but the cockpit is ingeniously designed and leaves plenty of room for the driver, and the seats  are very comfortable. This Aston is also firmer than the DB11 on the road, betraying no roll when cornering. The steering, which only has 2.5 turns from one end to the other in it, is precise and decisive on smaller roads. The only thing I’d reproach it is a lack of feedback, which is clearly to Porsche's advantage here. The new electrically assisted power steering just doesn’t deliver the same precision as the old hydraulic power steering.

The soundtrack of the V8 engine, reminiscent of American muscle cars, does justice to AMG's excellent reputation. The noise is as powerful as the car’s accelerations. 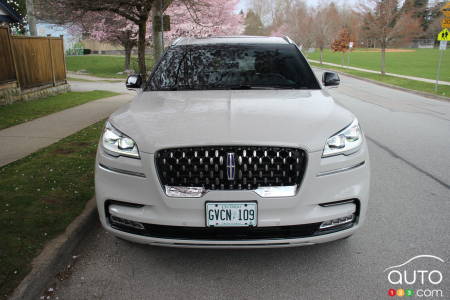 Modern interior, but a little sombre
The cabin is up to date, with a curious technical detail: there’s no glove compartment. I must also admit that the gears in the form of buttons in the central console are on the one hand hard to find (because they're right in the middle of another bunch of buttons) and on the other a little reminiscent of American cars from the 50s, which kind of jars given the modernity of the rest of the cabin. Aston Martin has also placed the start button in the middle of this space that frankly reminds me of nothing so much as teenage acne. Simply, there are a lot of buttons and that sows some confusion.

Having said that, the basic principle is good: we prefer buttons to the numerous sub-menus featured on screens made by other manufacturers. Aston Martin just needs to put some order to it all. Otherwise, storage space is sparse and small when you find it. There’s the absent glove box, for one, and the small central space doesn’t help. Trunk space is a mere 350 litres.

You also get a central screen where most of the information you want is stored, and as usual Aston Martin takes care of the quality of its leather, which gives this two-seater an extra touch of personality. The car lacks only a little bit of colour to make its interior more pleasant. 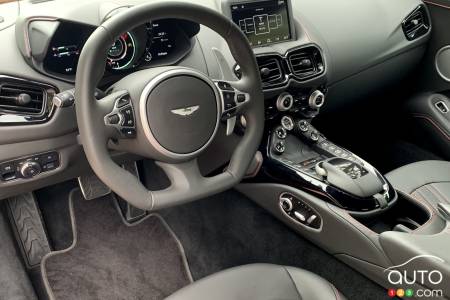 Conclusion
A minimum budget of $175,000 will be required to obtain a Vantage V8 coupe, and that's with few or no options. Our test model, which included a high-end audio system, unique burgundy colour, black op finish and many other details, came in at $200,000.

For that price, you get an epic engine sound, a silhouette that will make all your neighbors envious and good-enough comfort to use it every day from May to the end of October. It's not a 911, but you'll be the only one in your neighborhood with one in your driveway. 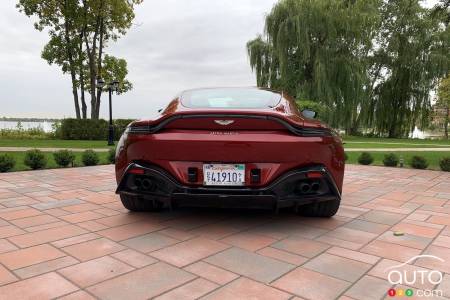 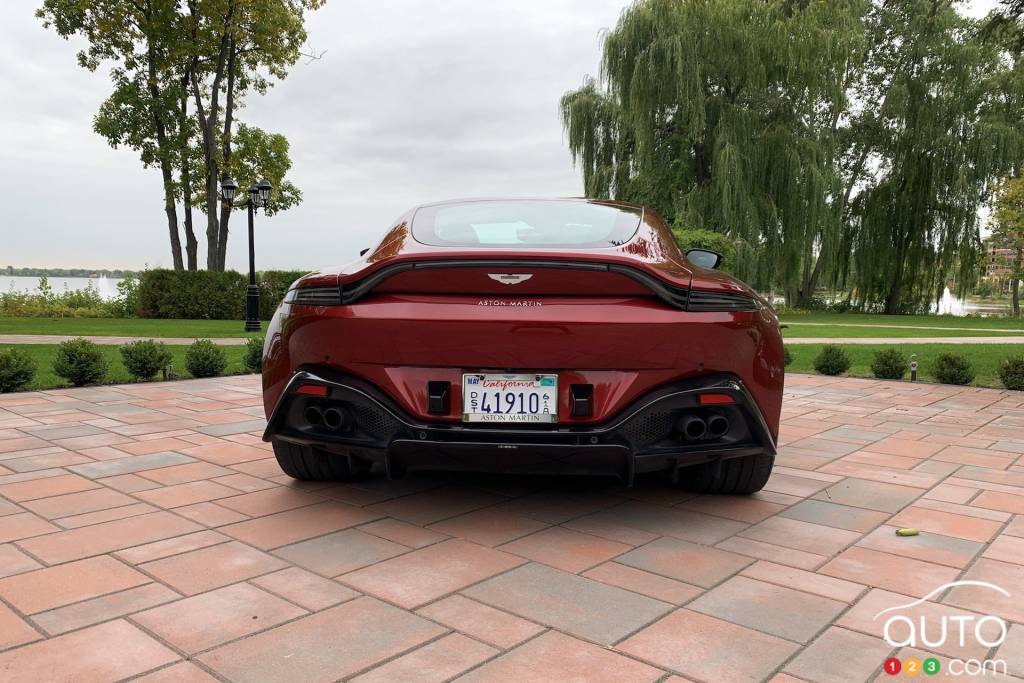 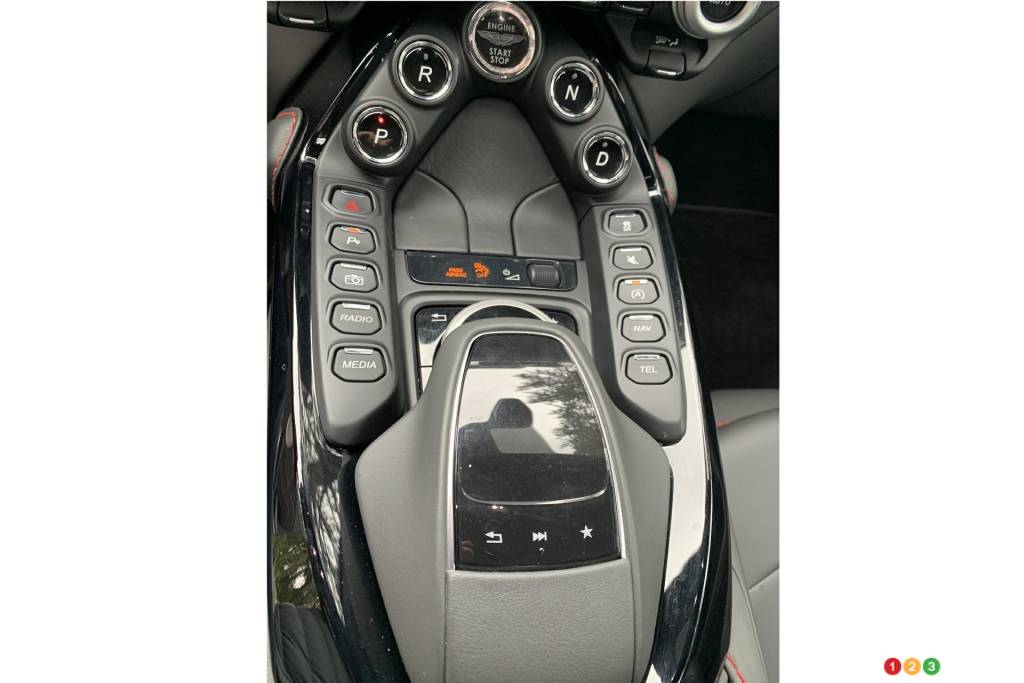 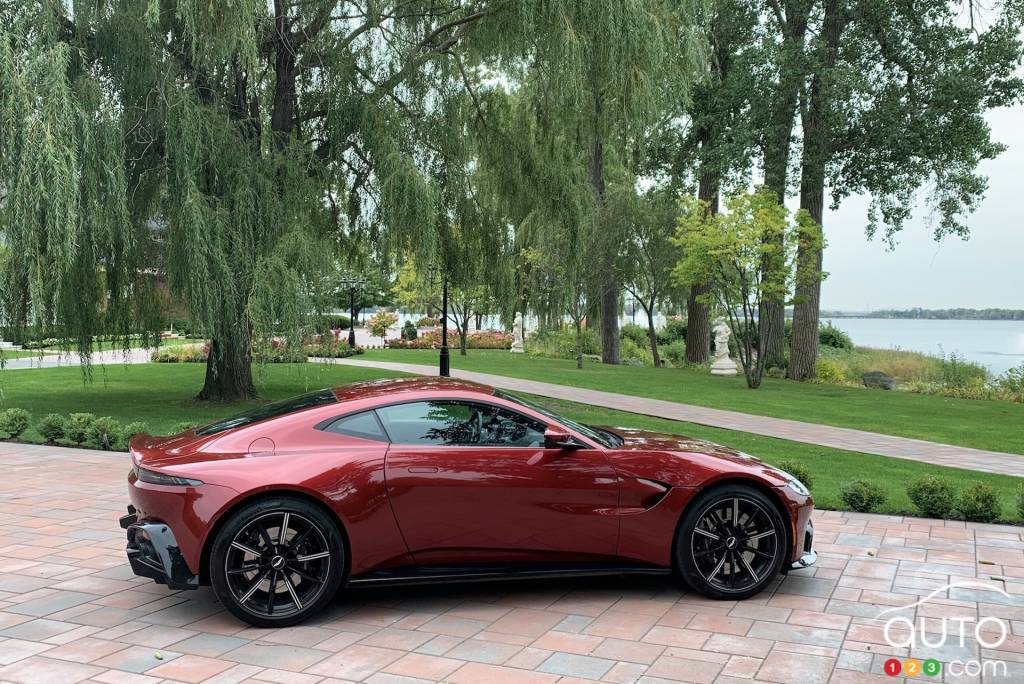 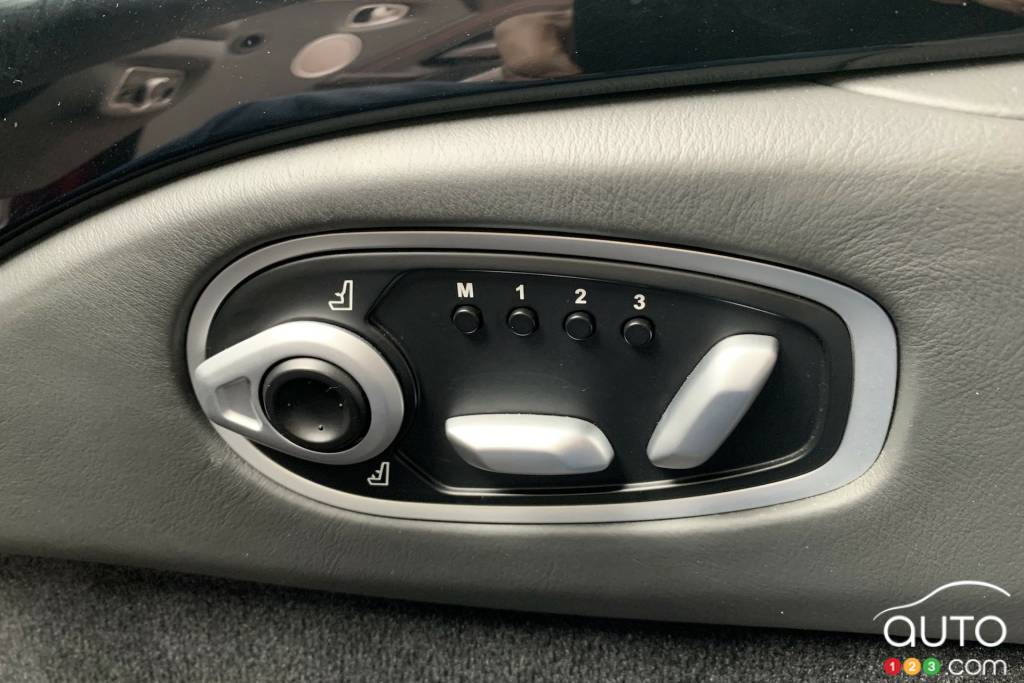 Aston Martin has just unveiled a renewed edition of its famous Vantage, a name synonymous with high performance since 1951, and it has pulled out all the sto...