Willow Springs, CA - Performance enthusiasts know well the market segment the Lexus RC-F plies its trade in: the category includes models like the Mercedes C 63 AMG, Audi RS5 and BMW M4, while the Americans have the Mustang GT350 and Camaro ZL1, and INFINITI has its Q60 Red Sport.

Where does the RC-F fit in this well-stocked arena? It doesn’t have the extreme personality or raw power of a C 63 that mobilizes all your available adrenaline when you ratchet up the tempo. Rather the RC-F is an affair of balance. It offers very nice comfort levels to go with the sound of a naturally aspirated V8 (a rare feast, that) that reaches deep into the hearts of true performance-car enthusiasts. 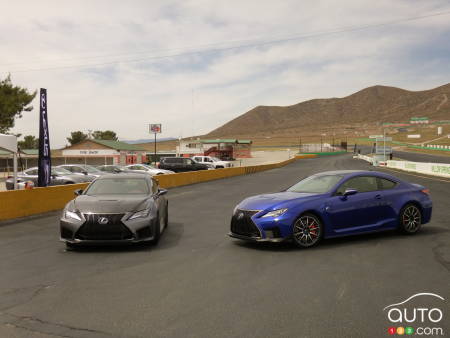 Five years after the first generation appeared, the RC-F receives mild-to-significant touch-ups for 2020, with three versions on the menu. All models have redesigned side air intakes to channel more air to the oil coolers. A look at its profile reveals a new concave surface at the end of the sill to better channel the flow of air beyond the rear wheels, while the long side blades increase stability at high speed.

Other visual changes include new optional LED headlights, shared with the LC coupe, and integrated daytime running lights. The shape of the iconic RC F grille has been modified with a new opening extending over its entire lower part to create a visually shorter front section. In the rear, new combination lights integrated in the redesigned bumper give the coupe a sharper appearance. 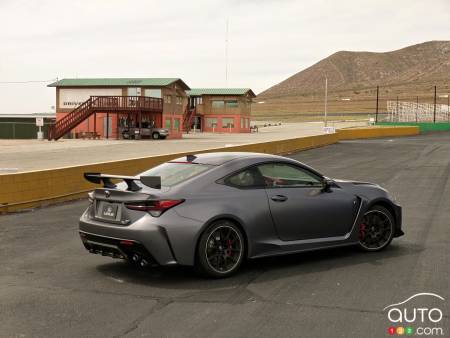 The other, less-visible goal of the changes is to reduce weight at strategic points in the front and rear of the car to improve driving sensations on the road. Several steel parts, for example, have been switched out for aluminum. The Performance version gets carbon-fibre roof and rear spoiler, raising the price from $85,000 to $96,000.

For the first time this year, Lexus adds a RC-F Track Edition version that pushes the principle of weight reduction even further. It gets a hood, a roof and a fixed wing on the trunk made of carbon-fibre, carbon-ceramic brakes with six-piston calipers at the front and four at the rear (painted in red) and a titanium exhaust with ultra-light 19-inch BBS wheels; those elements help bring the bill to $119,500. All these elements on the Track Edition offers a weight reduction of about 65 kg compared to the basic version.

For those interested by this edition, take note that only 10 Track Edition models will be available in Canada (50 in the United States)! 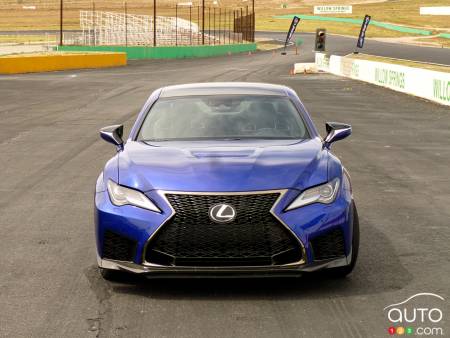 Naturally aspirated V8
All RC-F models get the same exceptional, melodious 5.0L V8 that’s been part of the F product offering since the first IS-F in 2008. While it was a 416-horse unit in its infancy, Lexus manages to push that to 472 for 2020, up 5 from the 2019 model. Torque is 395 lb.-ft.. Power is still delivered to the rear wheels only, via a very smooth 8-speed automatic transmission with manual mode and paddle shifters on the steering wheel. This powertrain can push the RC-F from a stop to 100 km/h in 4.5 seconds.

Luxury cabin
A lot of the more-extreme performance cars out there inevitably sacrifice on comfort, but Lexus remains true to its reputation for delivering beyond the norm in this regard. The interior is inviting and superbly refined, with leather seats that are both comfortable and snug.

The Track edition includes exclusive red leather trim punctuated with Alcantara for a more distinctive look. Alcantara trim is also used on the centre console and armrests. Red carbon-fibre elements on the doors and the dashboard, as well as the red carpet, are also part of the exclusives on the Track edition. 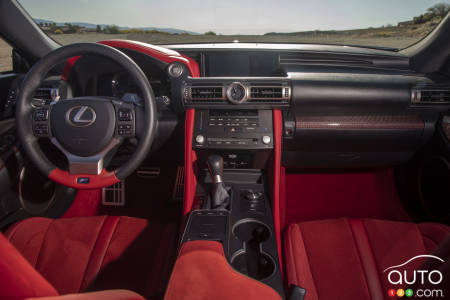 On the road
On-track sessions organized by car manufacturers usually consist of a few quick laps, enough to feel the power and potential of the car and that’s it. Here Lexus gave us the Willow Springs race track (known as the fastest in the American West) for a full day with one regular version and two Track Edition models, and the presence of legendary American driver Scott Pruett, recently retired and on hand for the day as an instructor and informal advisor. 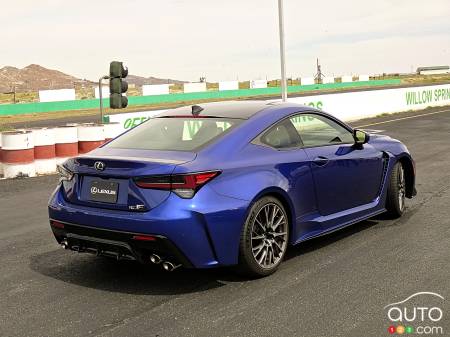 Rather than describe in detail all the technical minutia like the Michelin Pilot 4S 19 inch tires designed specifically for the RC-F or the Torsen system on the Track Edition, I'll focus on the general feeling delivered by the drive, which down to one word: balance.

The Japanese are extremely concerned with detail and perfection, but also with harmony. That's exactly what you feel at the wheel of the RC-F. The car’s accelerations are remarkable but they’re not as violent and brutal as in the Mercedes C63 AMG, and the V8 nonetheless sends beautiful chills up and down your spine.

The weight reduction gives the Track Edition a notably light feel, which translates into a more playful character on the track and a lighter rear end so that it’s easier to control body roll with the accelerator to put the car back in its racing line, in the style of a real racing machine.

On the road, it's still very civilized and when you need power, Lexus has changed the engine mapping. The opening of the secondary air intake is lowered from 3,600 RPM last year to 2,800 this year. This improves both engine sound and power at lower speeds. Two hot laps with Scott Pruett at the wheel convinced me that this sports coupe deserves its Track Edition moniker. 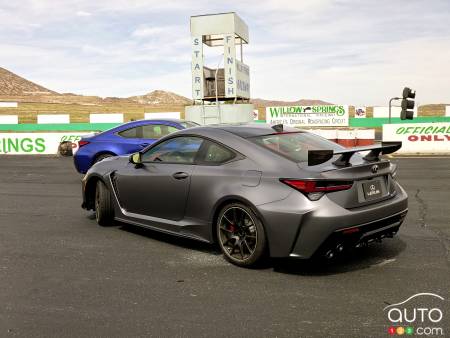 Conclusion
It’s clear that the RC-F is a niche model, but it offers the right balance of power, driving pleasure and everyday comfort with the added bonus of reliability, a rare commodity in this segment focused on here-and-now thrills. 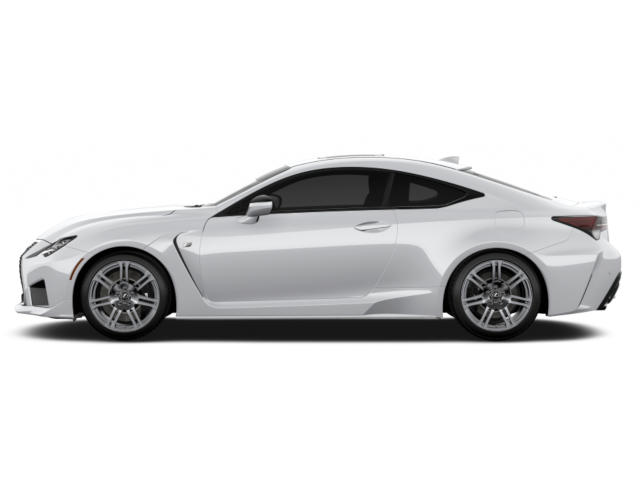 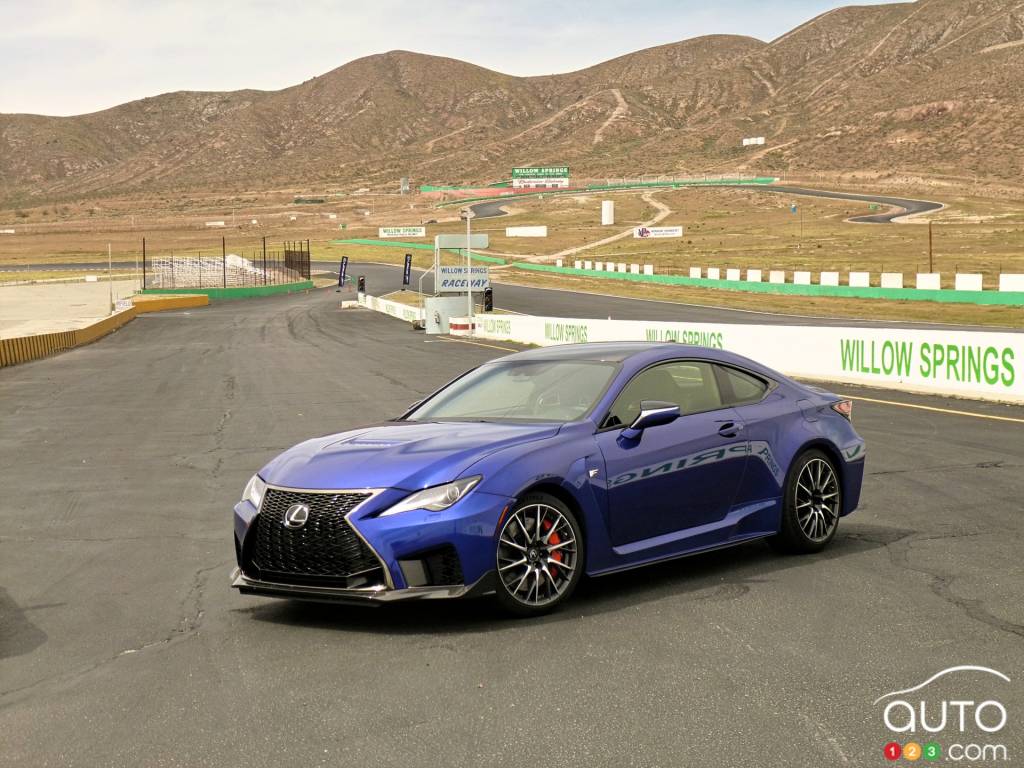 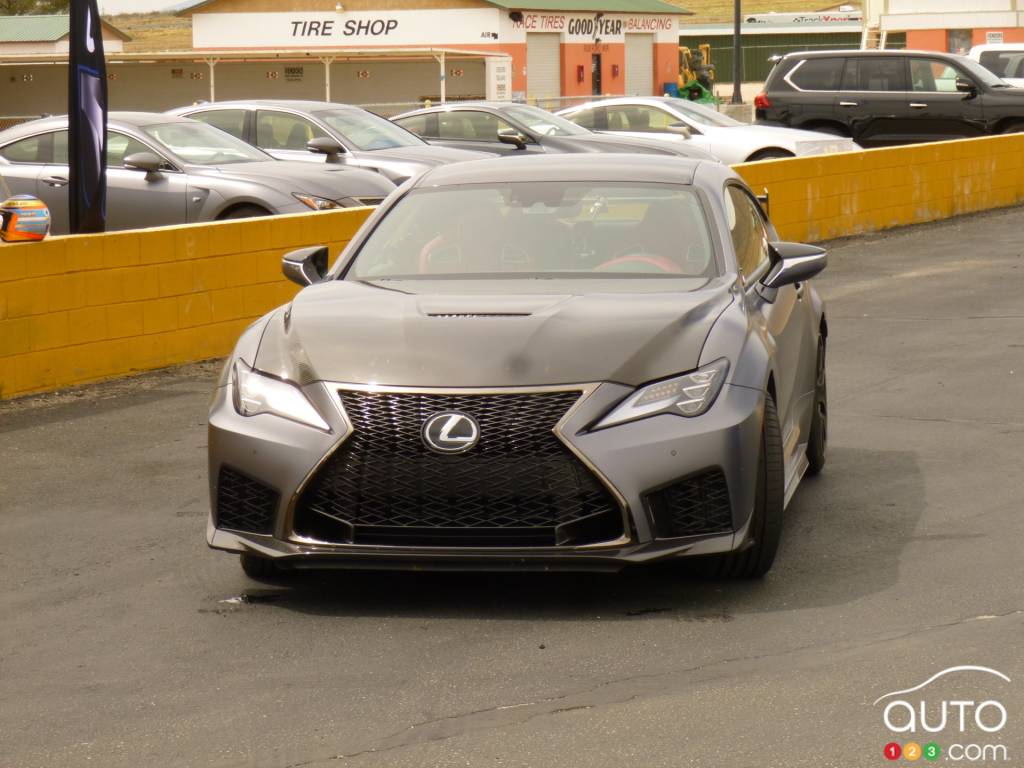 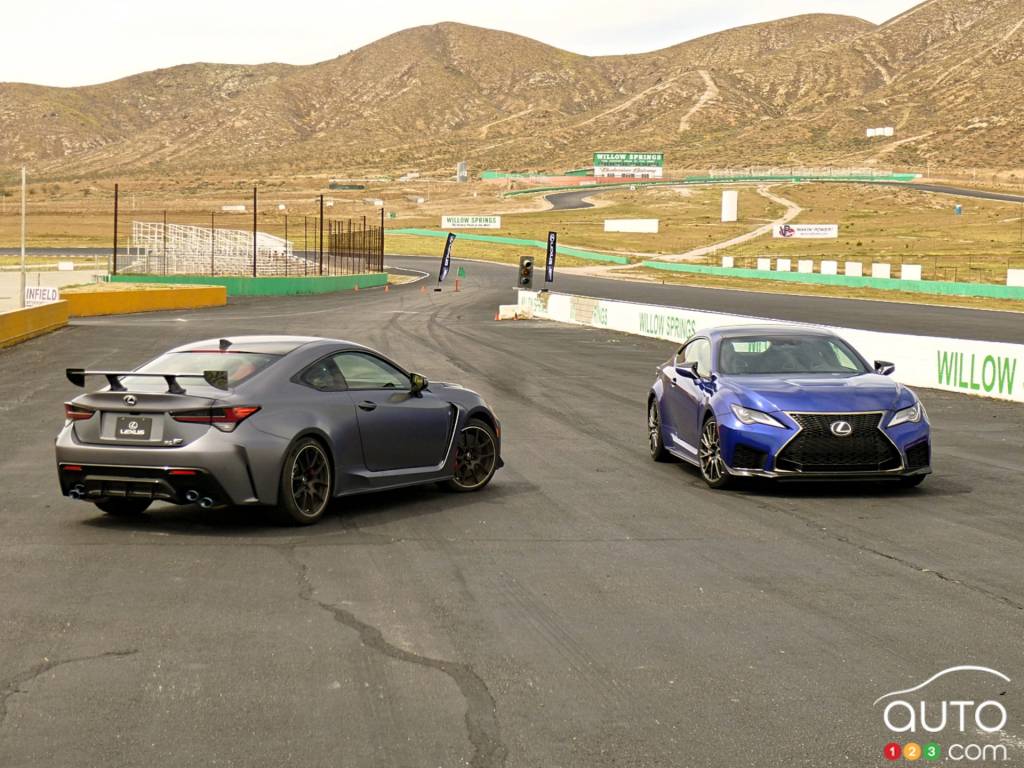 BMW has unveiled a Canada-Only version of its M8, called the Competition Coupé Individual Manufaktur Edition. Only 20 of this very limited edition will be ma...

Lexus to Present an LC convertible at Goodwood Festival

Lexus will be at the 2019 Goodwood Festival of Speed in England in early July with the convertible version of its LC coupe. The version should debut commerci...