The BMW X3 xDrive30e may be one of the most important vehicles to emerge from BMW’s stable over the last year or so. For starters, it starts life as an X3 which is one of the brand’s top sellers along with the X5, so you know that this was a package BMW was going to make sure they got right.

The big feather in this particular X3’s cap, though, is that little “e” in its model name, which denotes it as the plug-in hybrid version of the popular small BMW sports activity vehicle (SAV). It’s good for 288 hp and a claimed 30-or-so km of full-EV range, and as more and more manufacturers rush to meet the increased demands for EV and ZEV vehicles across world markets, it’s models like this that are going to be the lynchpins of the transition.

The 30e version of the X3 looks hardly any different from other models. Indeed, with the exception of some badging on the tailgate and engine cover and the charge port on the front-left fender, there really is nothing to give it away. Maybe if my tester was painted in one of the more adventurous shades offered by BMW…wait. Actually, I tell a lie because there aren’t any more adventurous shades offered for this model; the most notable is something called “Phytonic Blue Metallic” which sounds pretty skookum but really is just a somewhat metallicized light blue. I guess it’s the same case today as it was back in the days of the first-generation Chevrolet Volt: people like driving vehicles with advanced powertrains, but they don’t always want to be bragging about it through crazy styling or colours. 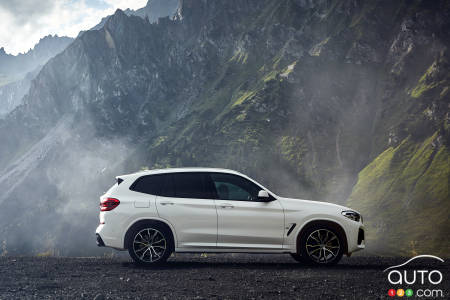 Inside, it’s much the same story. Dark panels on the dash doors as well as some marbled black wood inserts are highlighted by a few splashes of silver here and there; otherwise, the most ‘flash’ you’re going to get in the cabin comes from the fully-digitized gauge cluster and wide 8.8-inch iDrive infotainment display, as well as my tester’s ambient lighting. Both displays are great to look at, as BMW has paid special attention to loading all sorts of cool graphics on the infotainment display to brighten things up a bit, including the power flow display, on hand to show you how much charge you have left in the battery, how economically you’re driving and so forth.

Overall, I’m a fan of the iDrive interface as well as the way Apple CarPlay is available only through a wireless connection. There’s also wireless charging so no need for any cables whatsoever. If you want a faster charge for your device, there are USB ports as well.

Otherwise, it’s more of the same inside the X3: great driver’s seating position, as is the case with most all BMWs, and a surprising amount of room in the back seat. You may not realize it at first glance, but the X3 has a pretty high roof and so headroom both up front and in back is generous enough for average-sized adults. The 30e’s 12-kWh battery, meanwhile, does affect cargo room a little, but only by about 40 litres so it’s not all that constraining, and interior passenger volume changes by even less than that. Put simply: just as you can’t really tell the 30e is a special X3 from looking at it, you can’t really tell from sitting in it, either. 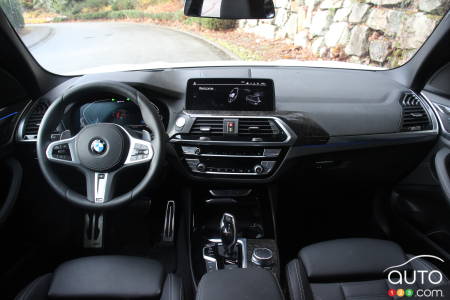 Starting it up, on the other hand, well that’s a different story. And that’s because if you have a charge, prodding the start/stop button won’t do anything – at least it won’t sound like it’s doing anything – because it will start in full-EV mode and when you’re there, the only sounds you get on start-up are the beeps you get from any car with the ignition in accessory mode.

After that, though, the EV motor mounted to the transmission steps in to help deliver torque more smoothly, and more immediately as well – always a bonus of plug-in hybrids and one that’s a bit necessary as they tend to be a bit heavier than their gas-power-only siblings and can use the boost (the xDrive30e, for its part, weighs in at over 2,000 kg).

Once on the road, the transition between EV and gas power is noticeable but not uncomfortably so (the all-new Toyota RAV4 Prime doesn’t do as well in this regard), so what you’re left with is an efficient vehicle that can get going at a good clip when you need it to.

A lot of that is thanks to the superb 8-speed automatic transmission, which has a pair of big paddle shifters attached to it so if you want, you can treat this particular X3 like one of its more athletic siblings. Yes; those paddles are for shifting gears, and not for changing your battery regen response as they do on other PHEVs. Indeed, because this is a BMW, I made sure to treat it like I think these should be treated, and gave it some proper legwork on bumpy, bendy backroads to see what’s what. 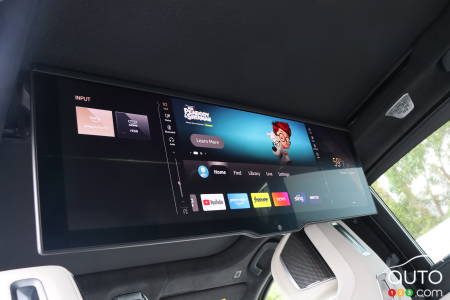 And what’s what is that this is a proper BMW, added EV weight notwithstanding. Like so many BMWs, turn in is responsive, body roll is muted and the grip is fantastic. BMW knows how to develop a chassis, and as we see from the X3 30e, there’s no reason why a super-duper-futuristic powertrain should change that. It’s no X3 M, of course (after all; the xDrive 30e costs about 23 grand less than the M), but that vehicle is as bonkers as this is sensible, so essentially when it comes to choosing your X3, pick your poison.

Thing is, while the X3 30e does the performance thing rather well, all things considered, I didn’t find it to be quite on the level the manufacturer claims when it came to its “EVness”. I never saw more than 20 km on a full charge (you can blame the drivers before me for that, as the X3 30e “remembers” how it gets driven, and provides range estimates based on that), and while I did spend time playing with the drive modes to try and get more out of the battery – there are three different e-drive modes to help either conserve your charge or use more EV power – I preferred in the end to just sit back and let the car do the work, content in the knowledge that I could plug in to a 120V outlet that evening, and have plenty of charge by morning. 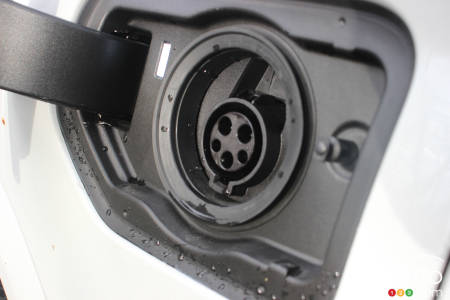 In the end, the X3 xDrive 30e – which pricewise sits between the 30i and 40i in the lineup – is actually a perfect mix of those two. You get power just below that of the 40i, but with the added peace-of-mind of being able to travel in EV mode if need be. Job done.

Range not quite up to par
Seats could use a little more support, especially in the back row 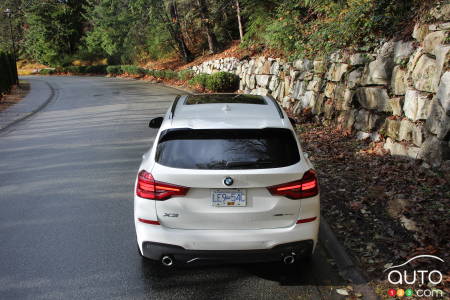 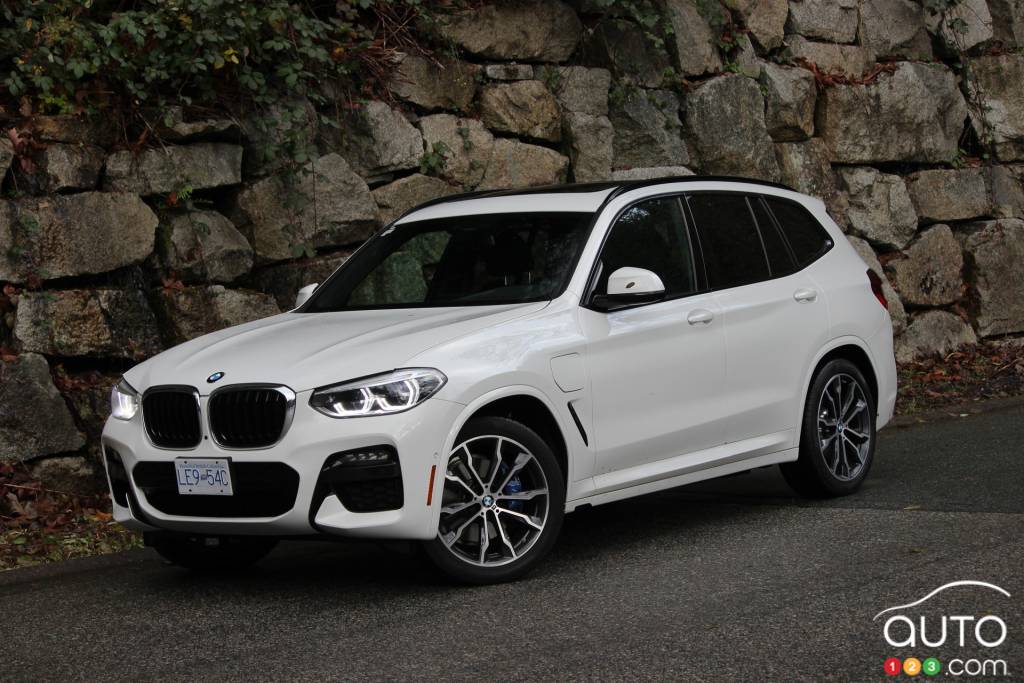 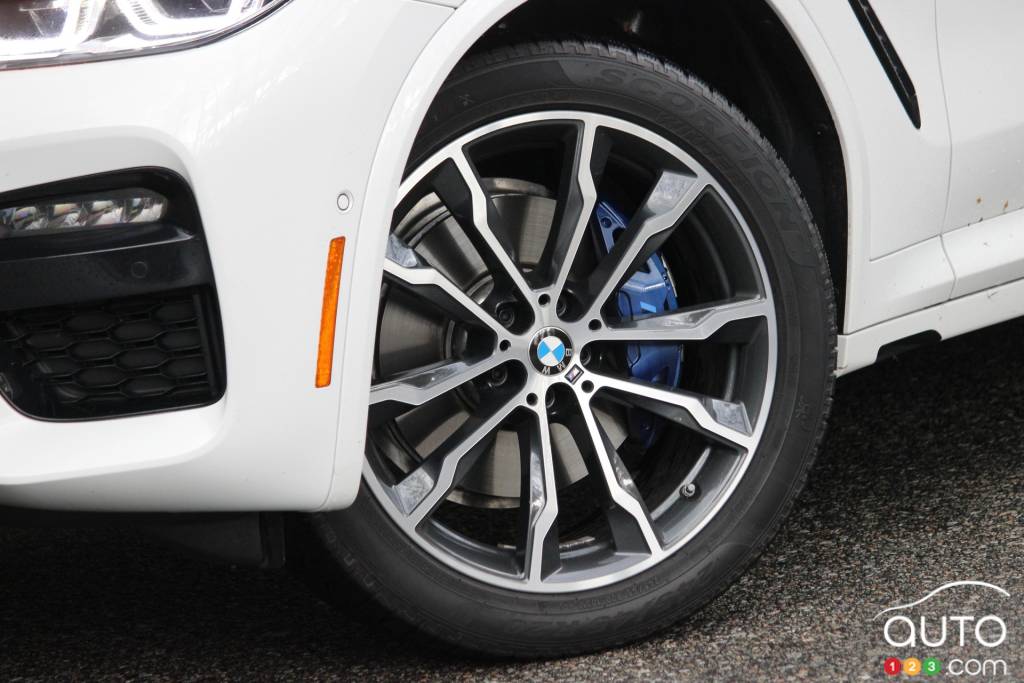 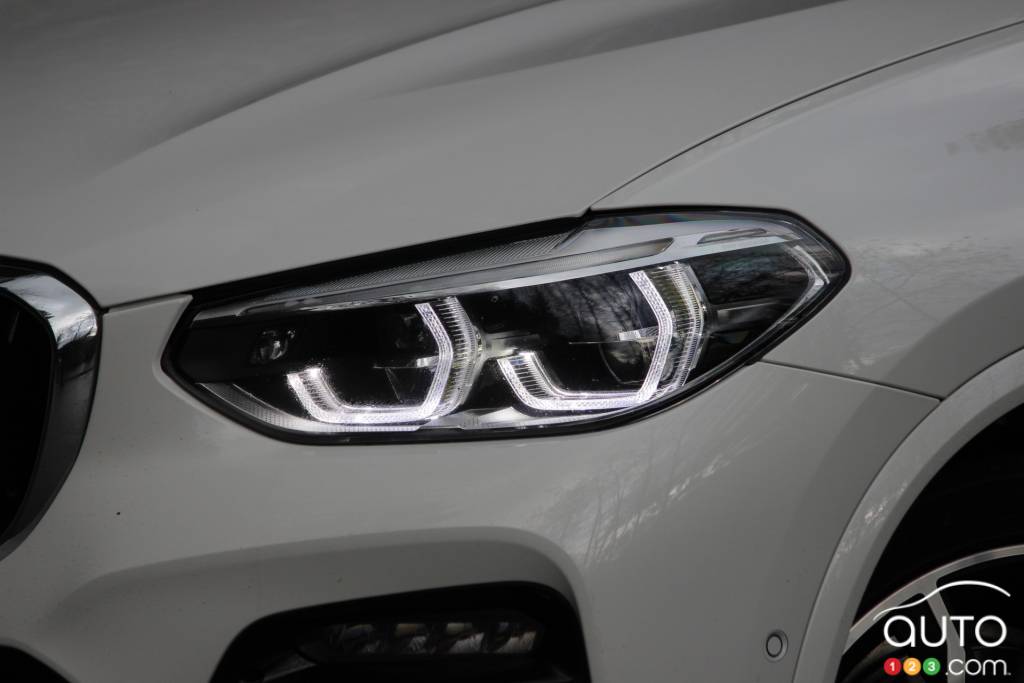 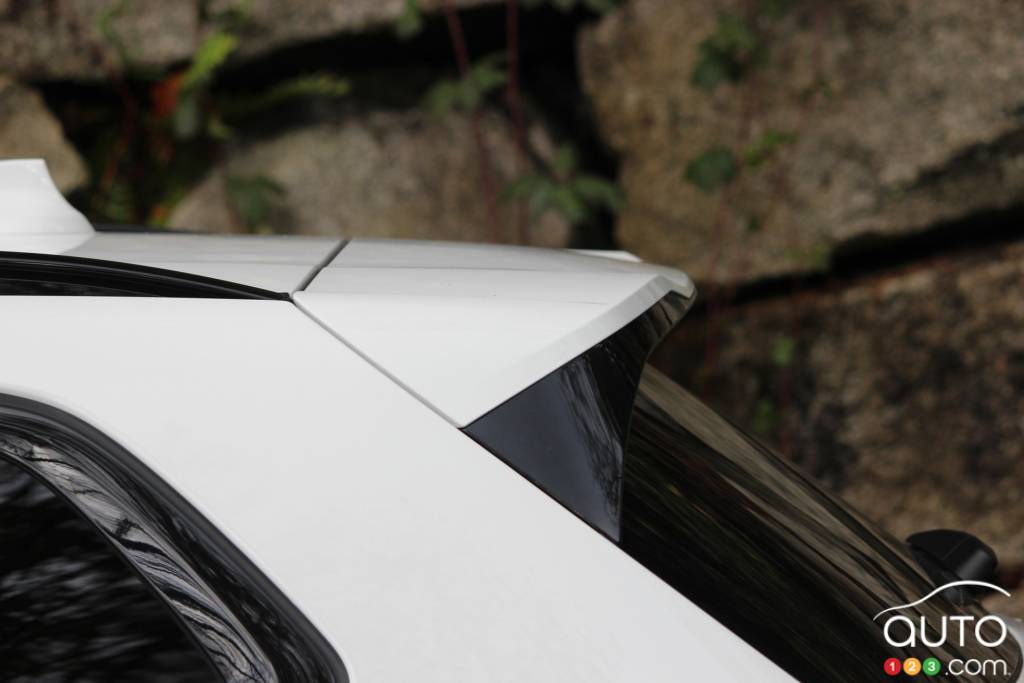