It used to be a thing reserved for midsized SUVs, but recently high-performance injection has made its way into smaller models as well. You need only think of players like the Porsche Macan Turbo, Audi SQ5, Alfa Romeo Stelvio Quadrifoglio and Mercedes-AMG GLC 63 S, and you see that these days there is a much wider range of choice for fans of high-performance utility models who don’ want to go big.

Now a new candidate has entered the race, and it doesn’t intend to stay put at the back of the pack. BMW has, finally, decided to inject a bit of true M performance into its X3 SUV for the 2020 model year, after the wizards at the M division weaved their magic on the the X5 M/X6 M duo. Actually, you can also count the X4 M as a more aerodynamic alternative to the X3 M. I recently drove the X3 M, and my experience felt closer to what you’d get in a M3 sedan than in any typical SUV.

What is a BMW X3 M?
The German manufacturer isn’t reinventing the wheel here: the process of M-ifying the newest M SUV started with a more-dynamic engine under the hood. In this case, this is all the more dramatic a change given that this is a X3 M Competition version. The 3.0L turbocharged inline-6 engine thus develops a whopping 503 hp (compared to “only” 473 hp in the regular M model), while the optimal torque is the same (442 lb-ft), whether the version sports the Competition badge or not.

Behind the engine (which should also find its way under the hood of the next M3/M4 tandem in a year or two) sits an 8-speed automatic transmission, a unit that allows manual gear changes via the lever or even the paddle shifters placed behind the special M steering wheel.

Of course, the all-wheel drive system is a must in this ultrafast SUV, but since this is an M product, the engineers tweaked the xDrive system up to M standards, with an emphasis on the rear axle to give the X3 M a sports car kind of feel.

No surprise, the BMW X3 M is also equipped with a braking system capable of supporting the added power. The ventilated discs are therefore more imposing than usual, in addition to being assisted by four-piston calipers at the front and a single piston at the rear. The adaptive suspension not only helps with damping, it also guarantees more-composed and precise handling compared to the other members of the X3 family.

As for the exterior, it faithfully follows the rules of what an M model must show to the outside world. The front end is more menacing with all the added black, and let’s not forget the front bumper with its big vents, which ensures the engine compartment gets all the oxygen it requires to keep the drivetrain cool. On top of the blacked-out kidney grill, the M badges are everywhere, and those side mirrors are simply beautiful.

At the other end of the SUV, four blacked-out tailpipes confirm the special character of this high-off-the-ground hot rod, while the wider tires give another hint at what this SUV is capable of.

Business class
In recent years, BMW has worked really hard to improve the quality of its models’ interiors, especially those sitting higher up the trim pecking order. It’s clear from the first time you clamber in that the X3 M is very much a part of this trend. From the carbon-fibre and leather-covered dashboard – an $850 option for the carbon fibre only – to the two-tone leather upholstery and good quality plastics BMW has made it good to spend time inside this SUV, a model that, let’s not forget, does come with a $99,150 price tag (with just over $6,000 in added options).

This particular X3 M was also equipped with heated seats in both rows, in addition to vented seats up front. The $3,300 options package that delivers this also brings induction smartphone charging, parking assistance and side window curtains.

Since the recent redesign of the model, interior space is also more welcoming behind the front row, a small detail that no longer forces comfort-seeking families to look at the bigger X5 for example. I should also mention that despite the sporty nature of the SUV, the seats of both rows are on the soft side.

Driving an M rocket
I have to admit, driving an M-badged vehicle in a straight line at full throttle impresses me every time. Whether I’m sitting behind the wheel of a big X5 M with its 567-hp V8 (!) or the more subtle (but just as formidable) M2, the feeling I get when I press on that right pedal is, to put it scientifically, just mind-blowing.

However, that sensation is harder to tap into when the road gets a little tortuous. By which I mean this: a sports car like the M2 is meant to follow a curve at speed, in full control – and the same applies when the car starts to drift –, but it's a bit more intimidating to attack the same stretch of road in an SUV.

And yet, despite the higher centre of gravity, the X3 M’s behaviour is in sight of that of a sports car!  I was able to test the vehicle’s road grip performance several times and the vehicle never flinched. In fact, the only criticisms came from my passengers who weren’t too crazy about my over-the-top driving style.

The twin-turbo straight-six is very responsive, especially when the Sport Plus mode button is pressed. The throaty sound that emerges is worthy of a race car, nothing less. The gear changes of the automatic transmission are also sharper in that mode, each one of them making a small explosion to make sure that everyone around you knows you’re changing gears. A pure delight for the auto enthusiast!

The braking is also up to par, although it’s also good to remember that the X3 M is still an SUV that weighs 2157 kg. Despite the additional bite, the X3 M doesn’t stop as easily as a MINI Cooper S, for example. Because of the amazing flexibility of electronics, the BMW X3 M can be a low-profile, comfortable SUV or be as ferocious and in-your-face as you want it to be.

The last word
Not along after my week with the X3, I was sitting in one of the X3 M’s rivals, the mighty Alfa Romeo Stelvio Quadrifoglio. Much has been said about this Italian performance SUV, but my experience brought home to me that the Italian stallion is all driving pleasure and not a whole lot of comfort!

The X3 M, in contrast, is a more flexible beast. The brand's midsize hot rod-SUV is definitely capable of keeping up with the Stelvio, while being a much better option for your everyday commute or even as a very fast family vehicle! And that’s why I fearlessly predict higher sales figures for the new BMW X3 M 2020. 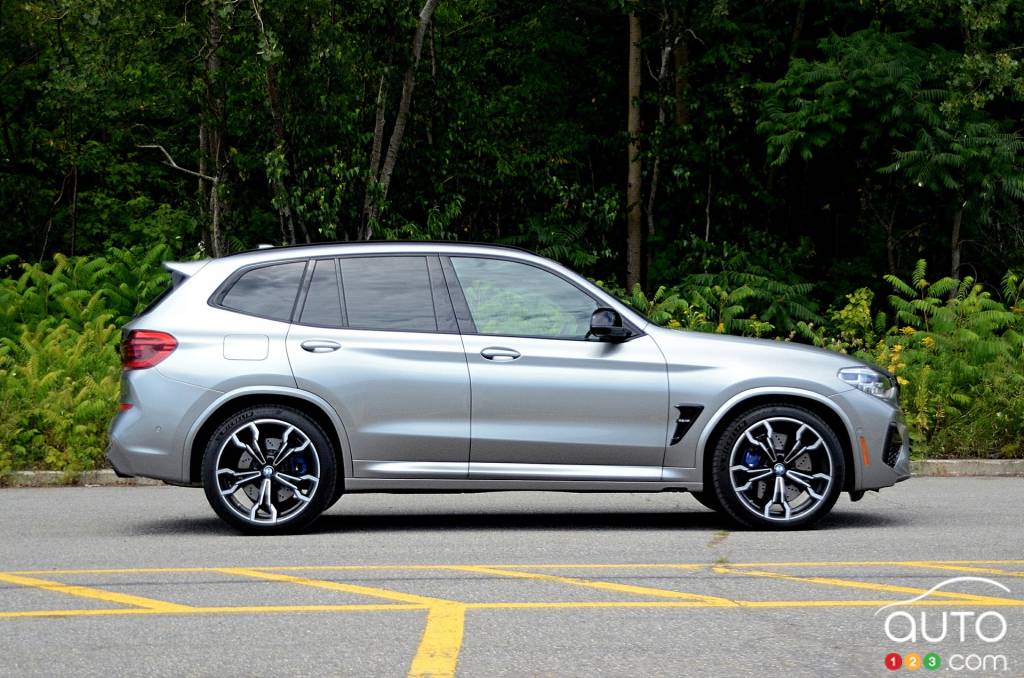 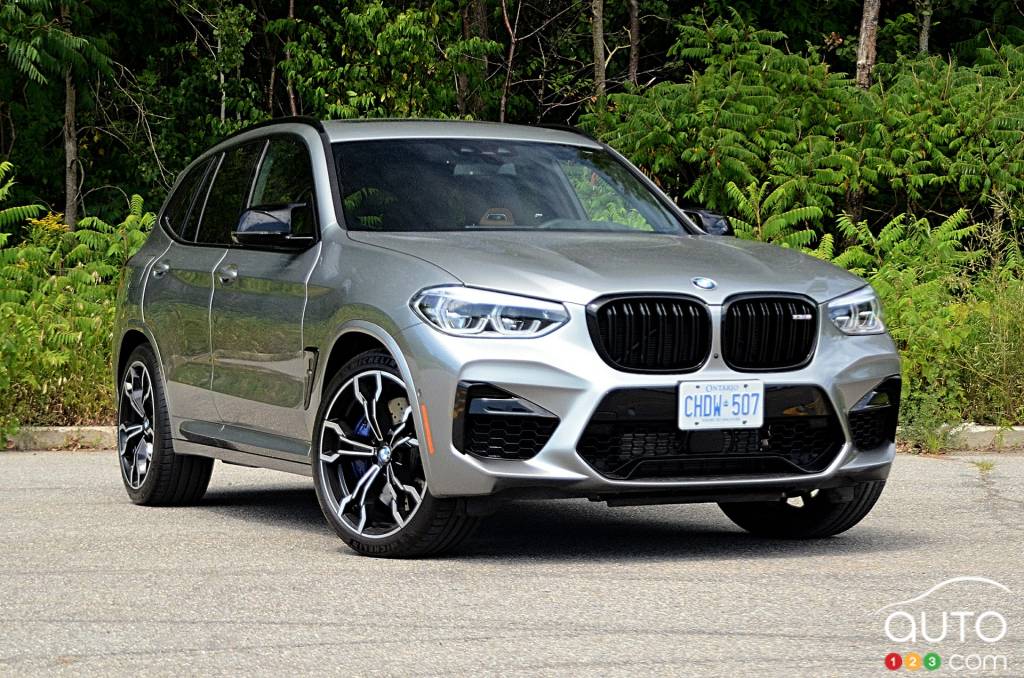 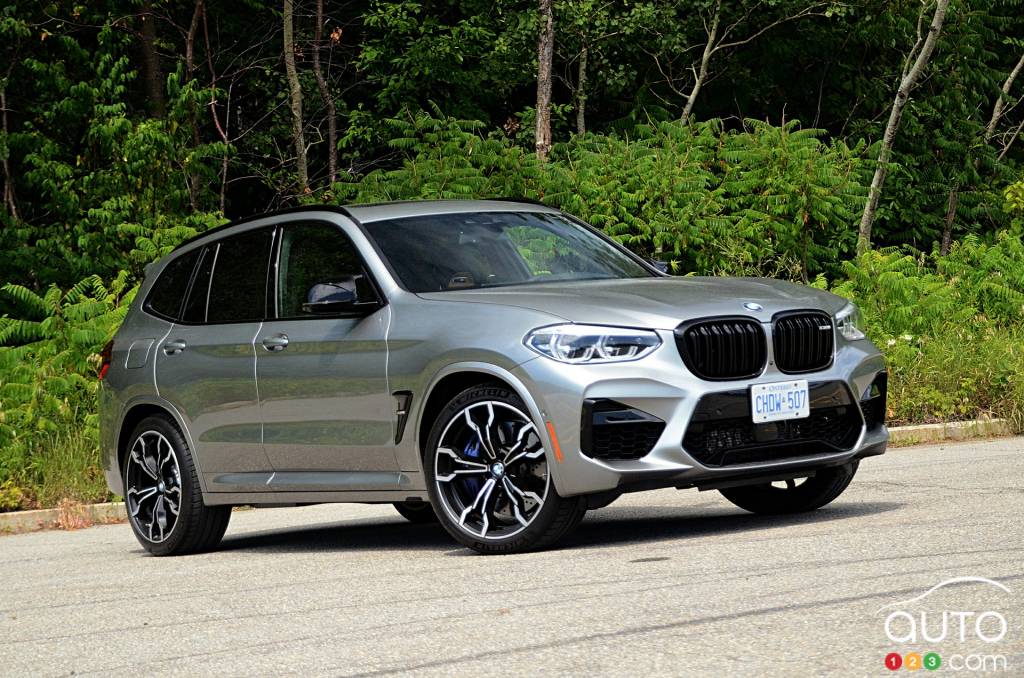 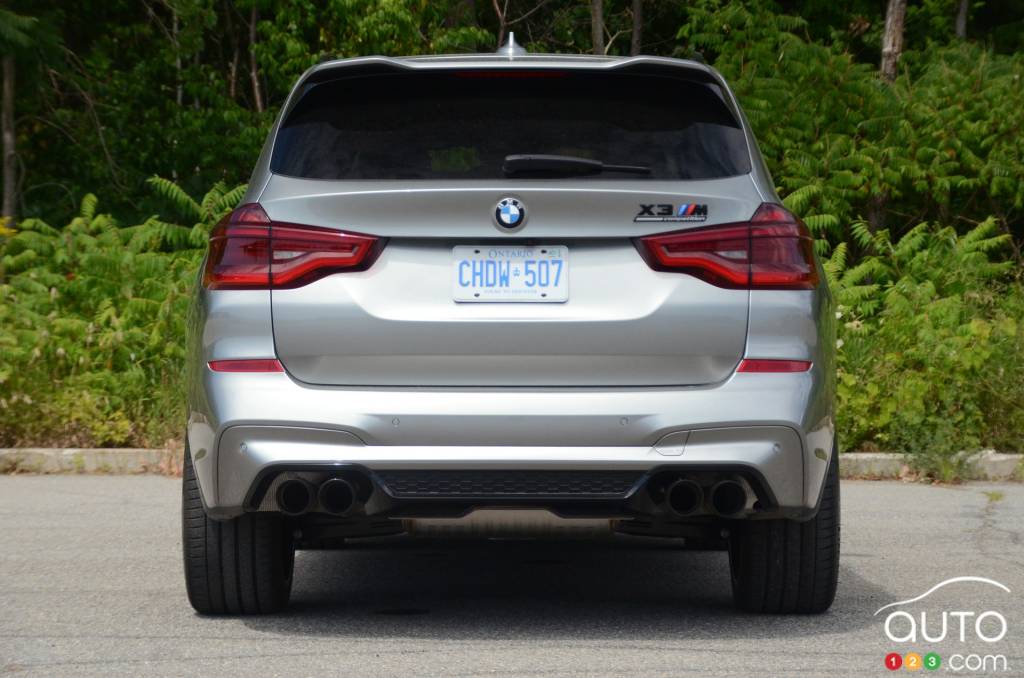