"This time we’ve got it!” - That's what Ford's top brass must be telling themselves inside HQ walls. The hope – nay, optimistic hope - is that the Aviator 2.0 will be more successful than the first Aviator, which appeared in 2003 only to leave the lineup a few years later, quietly, by the back exit.

The new Lincoln Aviator shares two elements with its predecessor: the name of course, which already carries a certain weight in the automotive universe, but also the fact that it shares its skeleton with the most recent Ford Explorer, just like it did the first time around.

Fortunately, Ford's luxury brand has finally created a proper distinction here between Ford's more generic template and what Lincoln’s should be; in other words, a Lincoln should be more than just a Ford in a tux. The distinction has gradually grown more vivid in recent years, and that's just fine.

Of course, there are still a few signs betraying the familial links between the newest Aviator and Explorer, but overall my takeaway is that the luxury brand's strategists did a great job of keeping the Lincoln away from its “more-accessible” cousin.

A super-stretched silhouette
At first glance, one image that keeps popping up mentally is the Range Rover Velar, another crossover with a design that bestows a feeling of length via its lowered, sloped roof. The Lincoln Aviator gets some added charm from its 22-inch wheels, especially when the air suspension is lowered somewhat to improve fuel efficiency or simply to facilitate access to the vehicle. On the other hand, the increased ground clearance is most welcome when a snow bank has to be surmounted.

Up front, the chrome grille is firmly planted between the two spiked headlights, while the hood plunges more boldly than that of big brother, the Lincoln Navigator.

The optional 202A package adds a noticeable $9,000 to the bottom line of the bill, but the list of equipment it brings is exhaustive, too much so to get into here. It's a trivial detail, but one item on that list is the Illumination Package, which notably lights up the Lincoln badge in the middle of the grille. Trivial detail that may be, but it will be noticed on the road.

Its silhouette is so comely in my view that in profile, the Aviator can even be mistaken for a wagon, with the windows stretched all the way to the rear to amplify the illusion.  Double that illusion when the air suspension is at its lowest level.

As for the rear section, it adopts the signature introduced with the brand's latest creations, with the position lights crossing the width of the three-row crossover, while the four exhaust pipes confirm the vehicle's sporty temperament.

I have to admit to some disappointment at the quality of assembly of some of the exterior panels. The right edge of the hood was badly misaligned, as was the door on the same side. Is this an isolated case? For now, it's too early to draw conclusions regarding this manufacturing detail, but you might want to check it out when you’re visiting the dealership.

Happiness inside
On the other hand, the cabin gave a rousingly good impression. The dashboard, upholstered in genuine leather and a beautifully crafted rubber (as in, malleable), evokes that of the Navigator with its linearity that stretches from left to right. In the middle, the touchscreen sticks out prominently, with the four buttons (P, R, N and D) of the transmission inserted just above the raised centre console.

I have to commend the ergonomics of this portion of the interior. Perfectly integrated into the front row, this part of the console incorporates the controls used on a daily basis (heated seats and steering wheel, climate control, steering wheel, volume and audio system tuning, etc.). In short, you quickly get used to the location of the controls.

The adjustable seats are extremely comfortable and offer an integrated massage system, designed to help you relax a bit more while driving. The second-row captain's seats (a bench seat is also available) are also well upholstered, but they're not as enveloping as in the first row. Also note that the 202A package adds heating and ventilation to these two bucket seats.

To get to the third row of two seats, you have to fold out one of the two second-row seats, and what you find when you get back there is not as convivial as in the big Navigator. As is the case with many vehicles in this class, the third row is more suited to young children.

Behind the wheel... of the regular model!
The plug-in hybrid (and more performance-minded) version of the Aviator is not yet available in Canada; that’s for later in 2020. The model I drove, the 2020 Aviator Reserve, is still well-equipped though, with a 3.0L, twin-turbocharged V6 engine under the hood. This unit delivers a pretty decent 400 hp and 415 lb-ft of torque - nothing to be sneezed at.

And like in many new Ford and Lincoln products, a 10-speed automatic transmission sends that power to the four-wheel-drive system.

The vehicle used for this wintertime test drive was equipped with the optional Dynamic package ($3,500), which includes air suspension with road sensing. This feature "monitors" road conditions in front of the vehicle using a camera in the front grille and adjusts the suspension's response according to the road surface. In other words, if the system detects a pothole, it will firm the shocks to reduce rebound when the vehicle is travelling over it.

It was a nice package to have, because over the 700 km I drove it, the Aviator performed admirably in terms of comfort, even with the optional 22-inch wheels.

As with any advanced vehicle, the Lincoln Aviator features a "Drive Mode" control wheel, which allows you to change the Aviator's reactions. The available modes are Excite (for performance driving), Conserve (to save at the pump), Normal (for relaxed city driving), Slippery (for slippery on-road conditions) and Deep Conditions (for tougher off-road conditions).

I was able to test all of these driving modes, and out of the bunch the favourites that emerged for me where Normal and Excite, the latter of which sharpens the SUV's responsiveness substantially, especially the transmission that stretches the length of gears under acceleration, as well as reducing the involvement of stability control and traction control.

And since the Aviator is based on a rear-wheel-drive platform, the vehicle performs quite dynamically for an SUV. On slippery roads, the Aviator can even get a bit delinquent when your right foot weighs more heavily on the gas pedal, with the rear axle almost capricious at times. Note, that's not a flaw, it's just surprising for a Lincoln vehicle, a brand normally associated with comfort rather than performance.

At the other end of the spectrum, the Conserve mode is the one for you if you want to save on fuel; just know that the vehicle's reactions then are discreet bordering on non-existent. I also took advantage of a snowstorm - and very poor visibility - during a trip from Quebec City to Montreal to try out the Slippery mode, which limits skidding. It didn't disappoint.

The final word
My overall impression of the Lincoln Aviator is very positive, although I found a few assembly irregularities here and there. Driving pleasure is part of the DNA of this luxury crossover, as is comfort; both of them are present and accounted for.

Of course, all of this comes at a price, even two actually. The first concerns the fuel consumption average, which climbed at times to 14L/100 km – although that’s a figure that could easily be lowered with less “enthusiastic” driving. The other monetary detail of the Lincoln Aviator is precisely its price. At a starting price of $69,000, the Lincoln Aviator Reserve can quickly climb to a much higher price, as confirmed by the $85,335 required to gain access to this VIP lounge on wheels.

Notwithstanding the thorny question of how much you have to pay to get it, the Lincoln Aviator is a heckuva nice surprise. 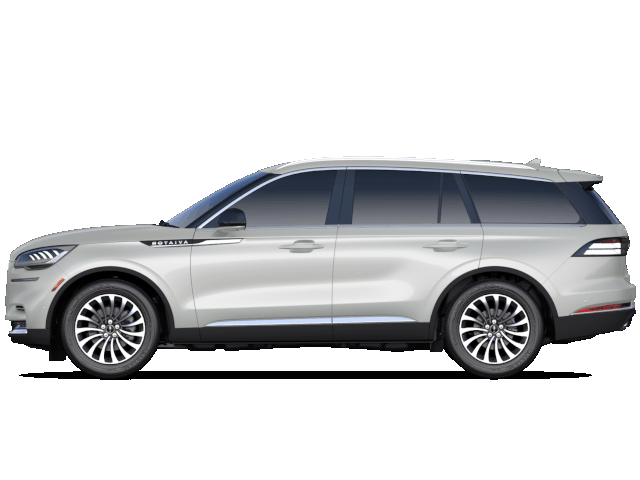 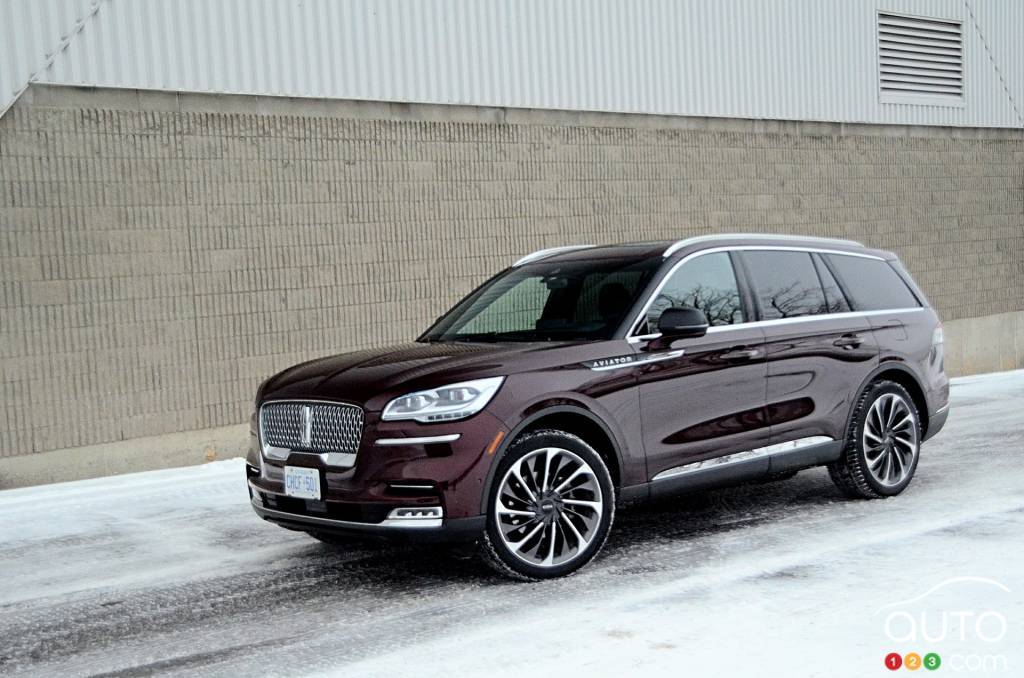 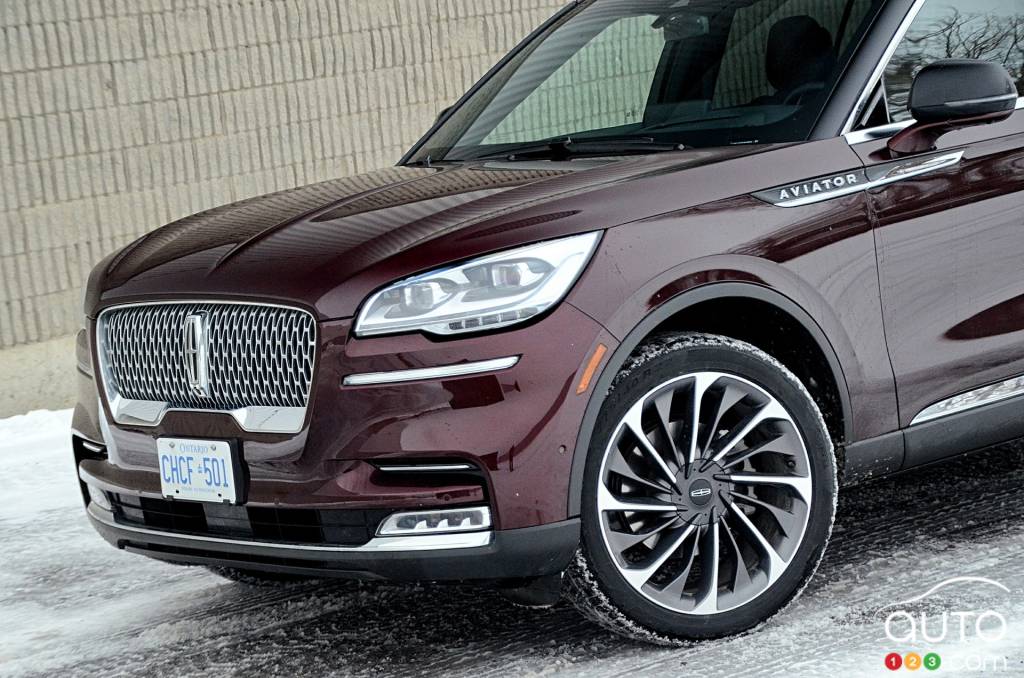 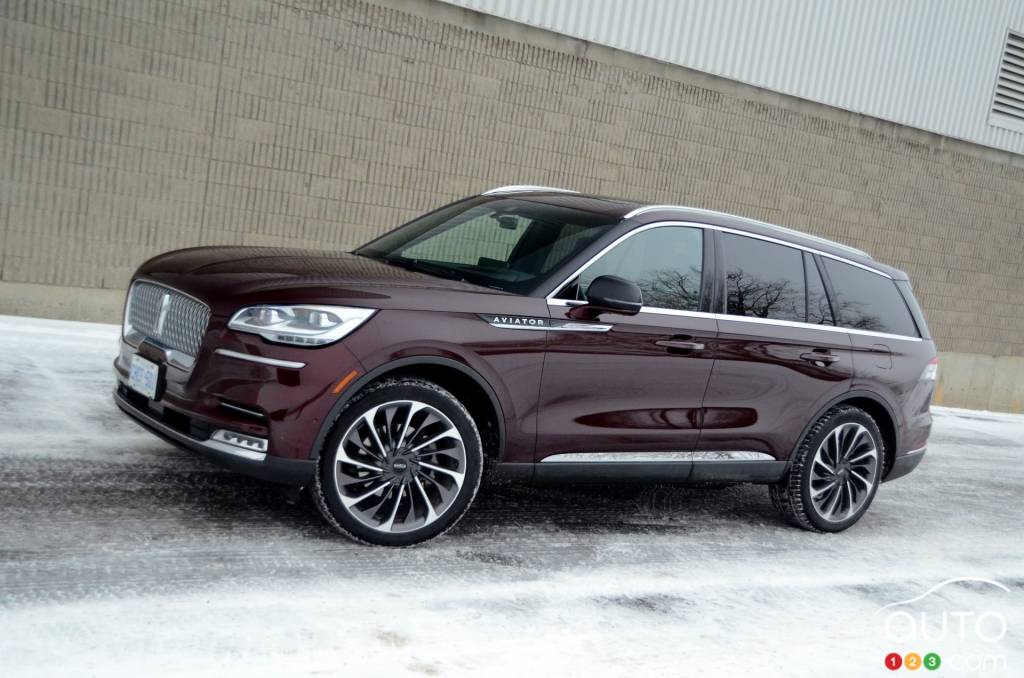 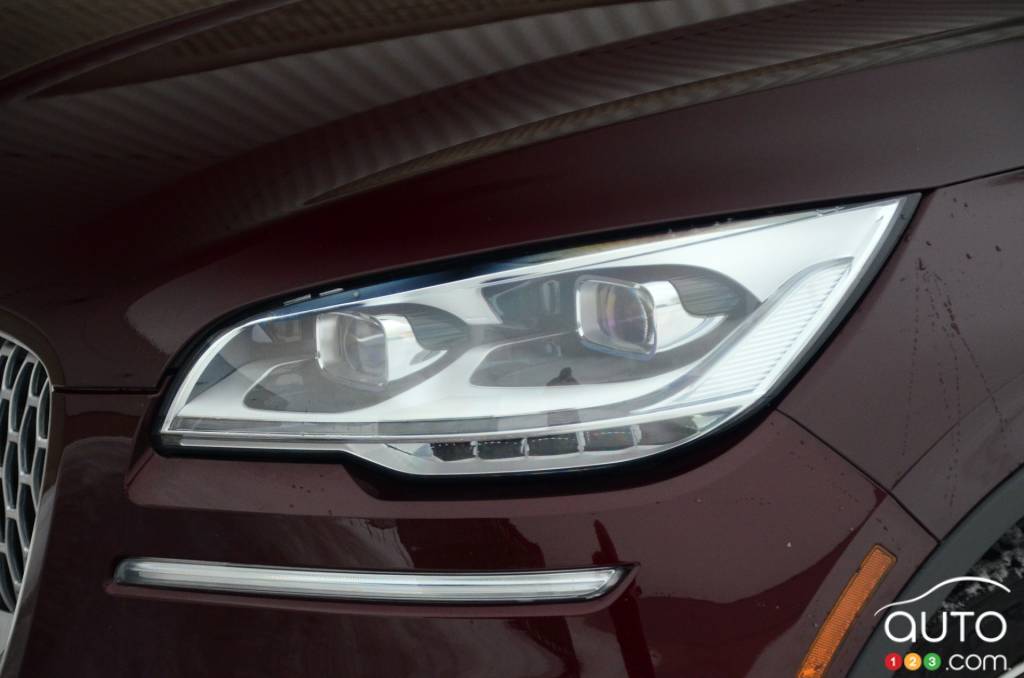 The new 2020 Lincoln Aviator is such a good, complete package that it’s well-positioned to compete with luxury SUVs already out there, though whether it’s go...

Lincoln is recalling about 35,000 Aviator SUVs due to a problem with the rearview or backup camera. Recall that these systems have been mandatory on new vehi...