Last year, Toyota presented the new generation of its Highlander SUV. Which was a great thing because the previous redesign dated back to 2014. The formula has remained essentially the same, however, preserving the model's core qualities.

There was, however, one major change in philosophy, namely the switch from a V6 engine to a 4-cylinder for the hybrid variant. After driving a regular model earlier in 2020, I gave the partially electrified version a go a few weeks ago. 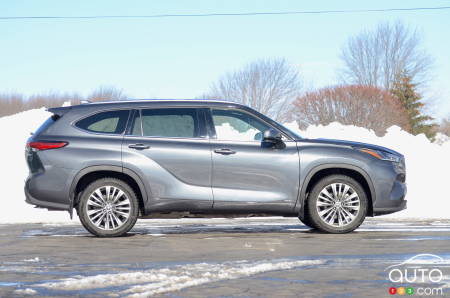 Four variants
The hybrid version of the Toyota Highlander is available in four iterations: LE, XLE, Limited and Platinum. Technically, the first three are full-fledged models while the Platinum package is an add-on ($2,300) to the Limited variant. Still, Toyota decided to stick the Platinum name on the tailgate of this variant, which is the one we drove. Of course it was, because manufacturers always like to show their wares in their best light. At the same time, we get vehicles that allow us to discover all the features offered.

Our Platinum version was priced at $58,120 (including shipping and handling), which isn’t cheap. However, consider that the base hybrid variant is priced at $48,289. The Highlander, no matter how it's decked out, is anything but an entry-level product.

In any case, with the Platinum model, you get the works, by which I mean stuff like wireless charging for smartphones, built-in remote garage door opener, bird's-eye view camera, navigation, 11-speaker JBL audio system, four USB ports, second-row captain's chairs and a slew of safety features, all standard. 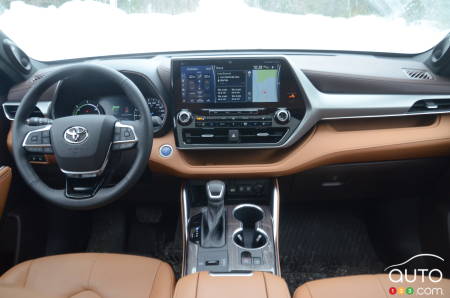 The hybrid approach
Hybrid systems are of course something Toyota is very familiar with, and the technology at work here is well-proven. However, it suits some models better than others, and in the case of the Highlander, I wasn’t all that enamoured with my experience.

Fact is, with this new generation, Toyota changed its approach. Instead of marrying the technology to its 3.5L V6 engine as it had always done, the automaker decided to graft its 2.5L 4-cylinder engine onto it. The efficiency of that unit is beyond questioning - we’ve seen it do its thing elsewhere. But that was with models smaller than the Highlander. This is a really big massive SUV, in which no 4-cylinder engine could be expected to perform miracles.

I don’t want to overstate things. Power, at 243 hp and 263 lb-ft of torque, is sufficient for everyday driving. However, the experience is rough, and when you're shelling out over $60,000 for a vehicle (with fees and taxes), you expect something more refined.

And does it pay off at the pump? Meh. Toyota promises an average of 6.7L/100 km. As a rule, I never have trouble reaching the ratings announced by Toyota; I managed it with the RAV4 hybrid (5.7L) and with the Corolla hybrid just the week prior (4.6L). But with the Highlander, I could only manage 8.1L/100 km. Which isn’t bad, but the gain is not as optimal as it should be. With a V6 model, I maintained an average of 9.7L/100 km. Need I say that the Highlander's driving experience is much more enjoyable with the V6 under the hood?

What I’m getting is that if fuel consumption was really under 7.0L/100 km, the loss in driving dynamism would be worth it. But isn’t, and it isn’t. I was left wanting more. When you think about it, what Toyota should do is produce a Highlander Prime – that would make things interesting.

Qualities
Other than that, there's not much to complain about when it comes to the Highlander's handling. The new generation benefits from the TNGA (Toyota New Global Architecture) and that translates into a more direct experience behind the wheel. The new Highlander is better connected to the road than the old.

But let’s be clear: that experience is all about comfort above all else. Push this vehicle a little too hard and the joy drops away. In normal driving, there’s no problem, but if you want more from a big SUV in terms of handling, look elsewhere. 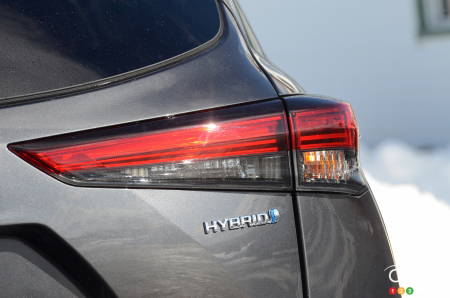 Conclusion
For those looking for an SUV that seats seven or eight and has plenty of room to spare, the Highlander is still very interesting. It's comfortable, reliable and well-built, and you can't go wrong. And because it's a Toyota product, buyers are game.

Now, as for the powertrain to choose from, that's a matter of taste and needs. If you have to tow, the solution is simple, because you get a 3500-lb capacity with the hybrid in comparison with 5000 lb with the regular model. If you can live with a 4-cylinder engine that doesn't offer the refinement you want with this type of vehicle, the hybrid version will do the trick, but don't expect to be amazed; just pleased.

Anticipated reliability
Comfort level
Fuel economy, even though the promise of even better ratings remained unfulfilled

Fuel consumption, because the promise of even better ratings remained unfulfilled
Rough performance under acceleration
You have to live with the CVT 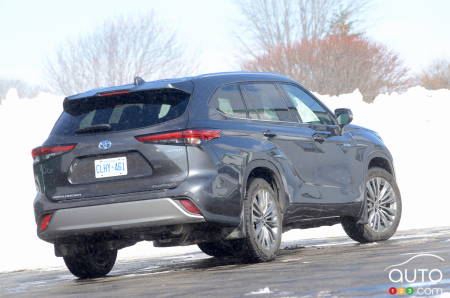 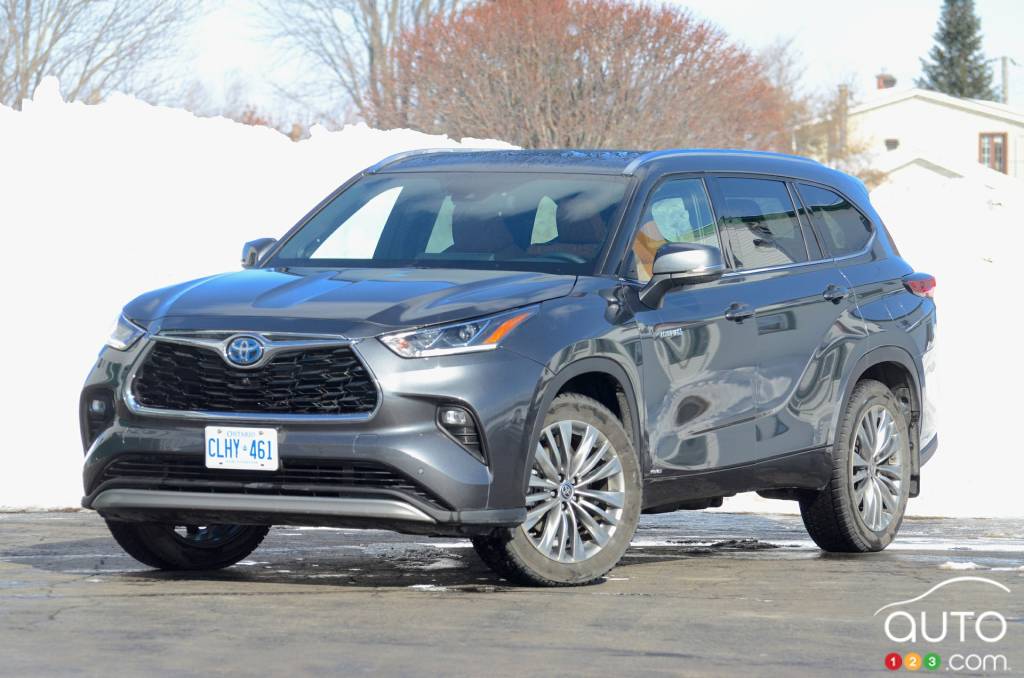 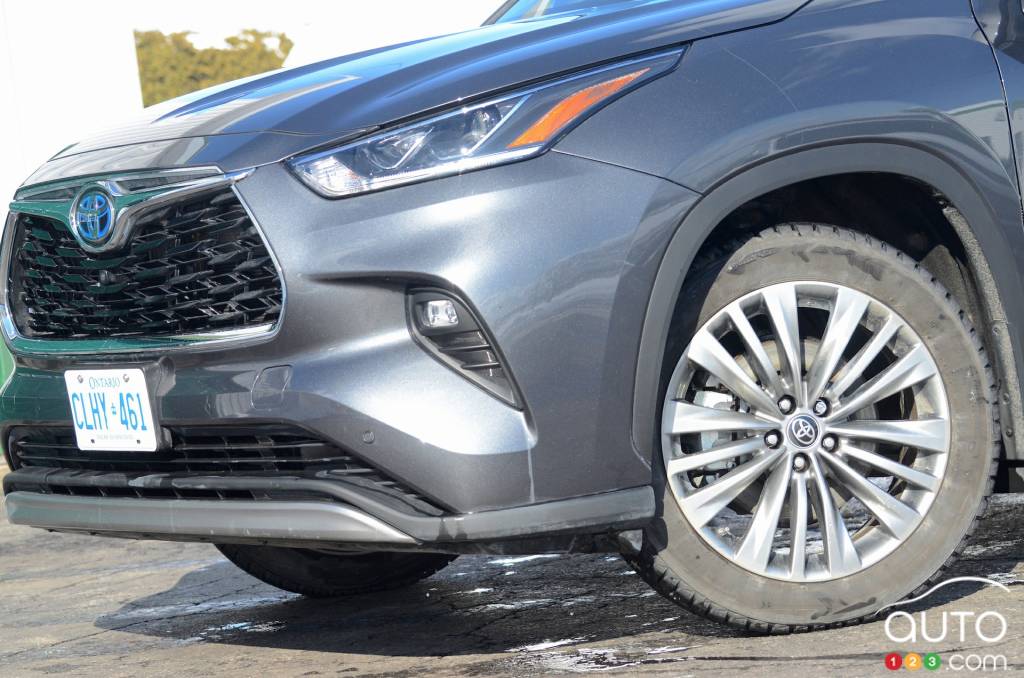 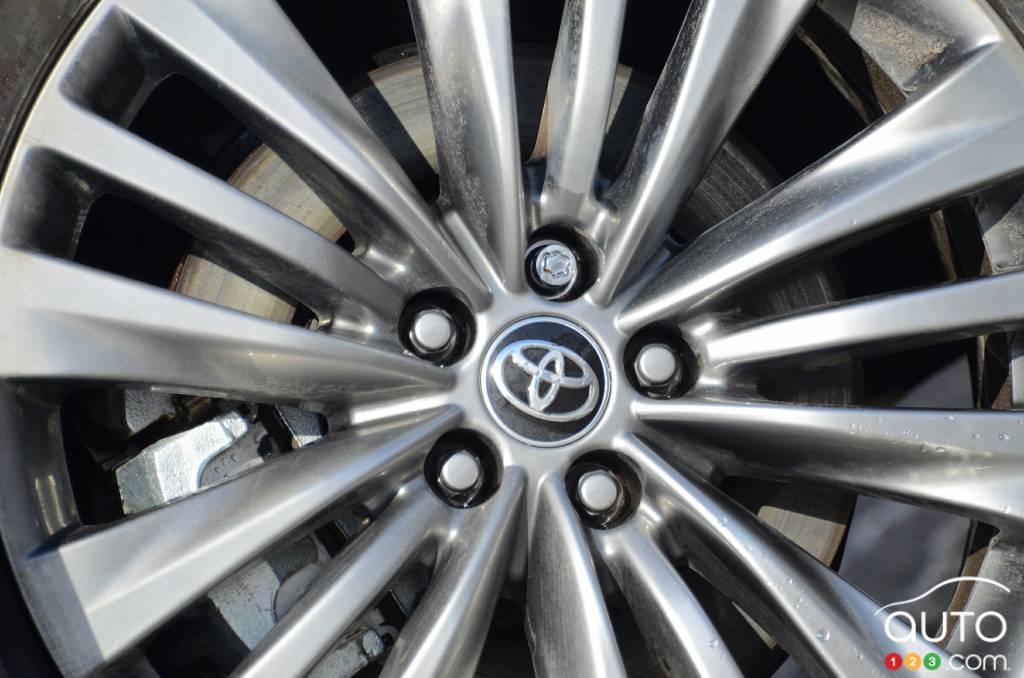 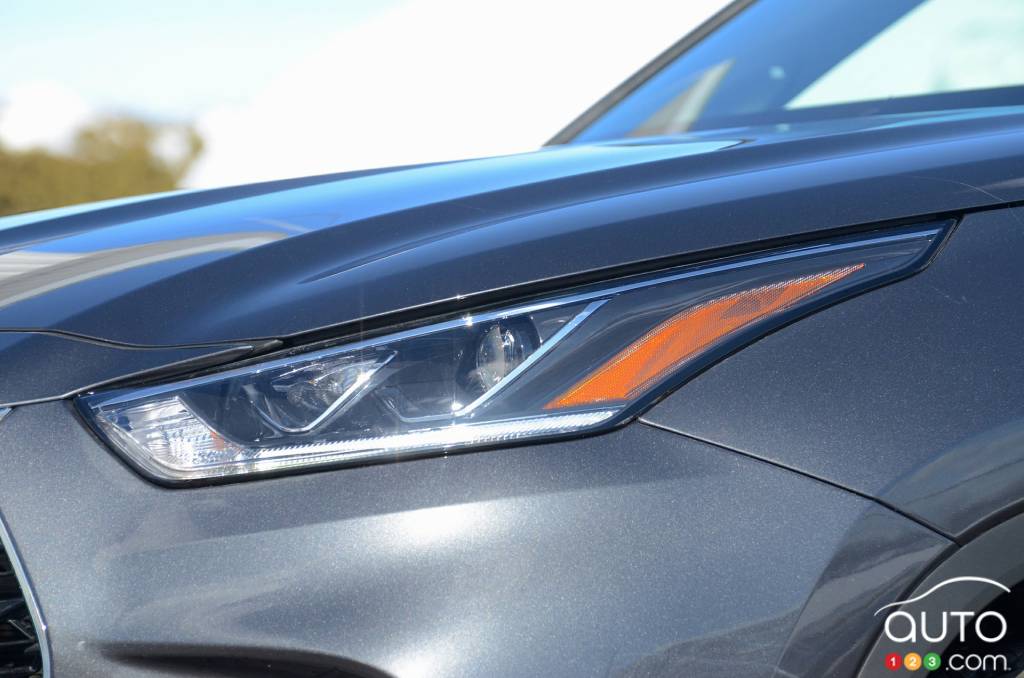