•    The raison d’être of this umpteenth variant of the 911 is that it’s lightweight and thus sportier.

Los Angeles, CA – While the recent announcement of the off-road racing-inspired Porsche 911 Dakar has got the sports car world in a bit of a tizzy these days, there’s a refreshed Porsche sitting at the other end of the 911 spectrum that shouldn’t go unnoticed. It’s called the 911 Carrera T, and it’s a lightweight sporting version that draws inspiration from classic racers that made their name not on the rough and tumble tracks of the Saharan desert in the 1980s, but on the door-slamming touring car circuit in the 1960s and ‘70s. Inside
My tester didn’t have those seats, which I didn’t mind; I’ve sampled Porsches with them before and found them too rigid and snug. You can add rear seats as a no-cost option, but I’d skip them as they’re pretty useless and the extra weight they provide kind of flies in the face of what the T’s about.

Other neat-o interior bits include a bright green seatbelt option with matching seat stitching, a jewel-like graphic on the shift knob and Carrera T kickplate scripting. Oh, and don’t forget the subtle yet très cool “911” script on the headrests. Just “911”. No “911 Carrera T”, or “Carrera” – just “911” (in an awesome old-school font, to boot). Because at its essence, that’s what the T is: the purest 911 you can get. Outside
I mean, just look at it: all green and dark-wheeled and squat and good, with cool door graphics, dark badging and smoked tailpipes á la 911 GTS. This is a car that doesn’t try to hide its intentions because they’re meant to be celebrated, and you’re meant to not be able to walk away from the car without looking of your shoulder. As I did. Every. Single. Time. Spectacular isn’t enough; spectacularly sublime.

If there’s one thing I’d ask for, it’s an option to scrap the auto-adjusting rear spoiler in favour of a classic 911 ducktail type. Doesn’t get much purer than that, and you’d have to think it would save even more weight. 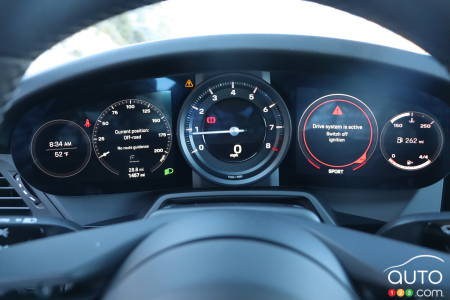 The powertrain
The inclusion of Porsche Active Suspension Management (PASM, a $1,170 option on the Carrera S) is absolutely what the T is all about, and that’s getting you through the curves in quick, stable fashion and making you feel like an absolute star behind the wheel.

There’s no more power here than there is in a standard Carrera, though. We’re talking 379 hp and 332 lb-ft of torque fed to the rear wheels and the rear wheels only. I get that the T is more of a handling change, but I admit I’d like to see how all that weight reduction would work in concert with more power.

Then again, ask Porsche and they’ll likely tell you that if you wanted Carrera S power, you’d have to pay Carrera S money. And one of the great aspects about the T is that even with all that great standard kit, it comes in at less -- $136,600 -- than does a Carrera S ($150,060), less still if you’ve spec-ed PASM for your S. After all, the original 911T did have a bit of a discount vibe to it, and it seems Porsche wanted to ensure that was true of the new car, too. On the road
Plus, it’s not like the T feels slow; throttle response from the turbo-6 is immediate and satisfying, giving you peak torque at just 1,950 RPM, at which point the engine’s propensity to rev takes over as you approach peak power at 6,500 RPM.

While you can get the T with either a 7-speed manual or 8-speed PDK auto for the same price, mine – Huzzah! – had the former. Which is big, because you can’t even get a manual transmission with the standard Carrera.

Indeed, I’m almost surprised that the T is available with the PDK at all; in my opinion, that affects the “purity” of the car. Sure, the shifts will be faster with the PDK, but all-out speed and track performance just isn’t what the T is about. For me, it’s about getting the most enjoyment out of a drive, if not necessarily the most outright speed and a big part of that enjoyment is being able to row my own gears.

As soon as you start doing so, you see just why the manual is the way to go. Incredibly snickity-snick lever action from the short shifter, plus pretty much perfect clutch take-up make for an involving drive. After burbling out of the carpark in downtown LA, it wasn’t long before I was snaking my way through the sun-baked roads along the driving utopia that is the Angeles Crest Highway just outside of town. Very quickly the T’s mantra came into focus; this is a car that is as in-tune with its driver as one could ask, a car that lets you feel the road through your fingertips and butt as much as you can see the scenery fly by, or hear the revs climbing.

One of my favuorite Porsche drives I’ve ever had was actually not at the wheel of a 911, but at the wheel of a base Cayman, because it just felt so granular, so precise and perfect. The 911 T with its PASM and modifiable drive modes is more of that, just with more power. And it delivers the unique feeling that only a rear-engined car can provide. Instantaneous turn-in is matched by pristine body control, so you don’t have energy-wasting and nausea-inducing body roll to go with quick left-right-left chicanes.

Of course, the T, like any other Porsche – any other car, for that matter – is not without its faults. My main issue was how the thin glass and extenuated exhaust note means more interior noise. Luckily, you can adjust the exhaust note with the flip of a toggle switch mounted just below the infotainment display.

That infotainment is compatible with Apple CarPlay and Android Auto, if that’s important to you in this context.

No matter how you set those dampers, meanwhile, the T is a firm riding car – such is its attitude. You’re going to have to be ready for the full 4D onslaught of expansion joints, cateyes and even raised road paint. 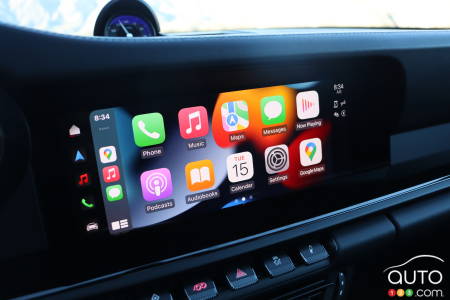 The final word
That’s all you’re going to hear from me on that front, though. If it wasn’t for the existence of the GT3 Touring, the ultra-rare 911 Sport Classic or the 911R, the T just might be my favorite modern 911.

You can make the argument that it loses on the purity front to the GT3/GT3 Touring, what with that car’s track-ready chassis tuning and its being the only naturally aspirated Porsche you can still buy. You could make that argument that it’s damn expensive. But while I haven’t had the chance to sample the GT3 Touring, I’d bet deutschemarks to strudel that the T is still the more tractable car when it comes to everyday use.

Plus, I know that hardly a thought of Porsche passes through my mind without my thinking of the immense heritage behind the marque, and the T taps right into the main nerve of that mantra.

Lack of any power jump over base Carrera
Gets noisy 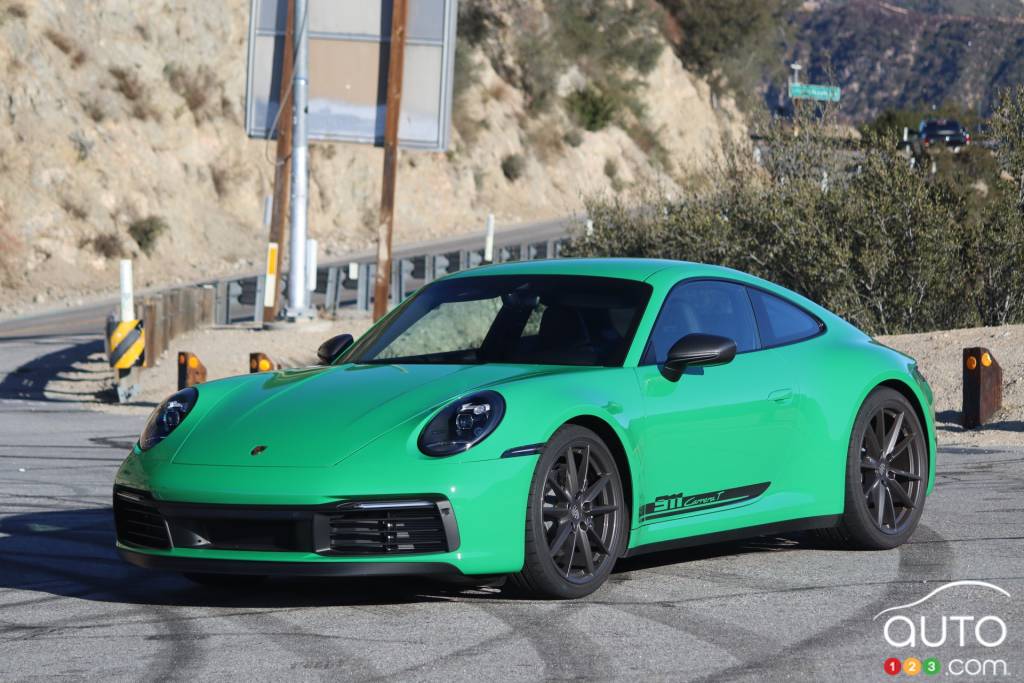 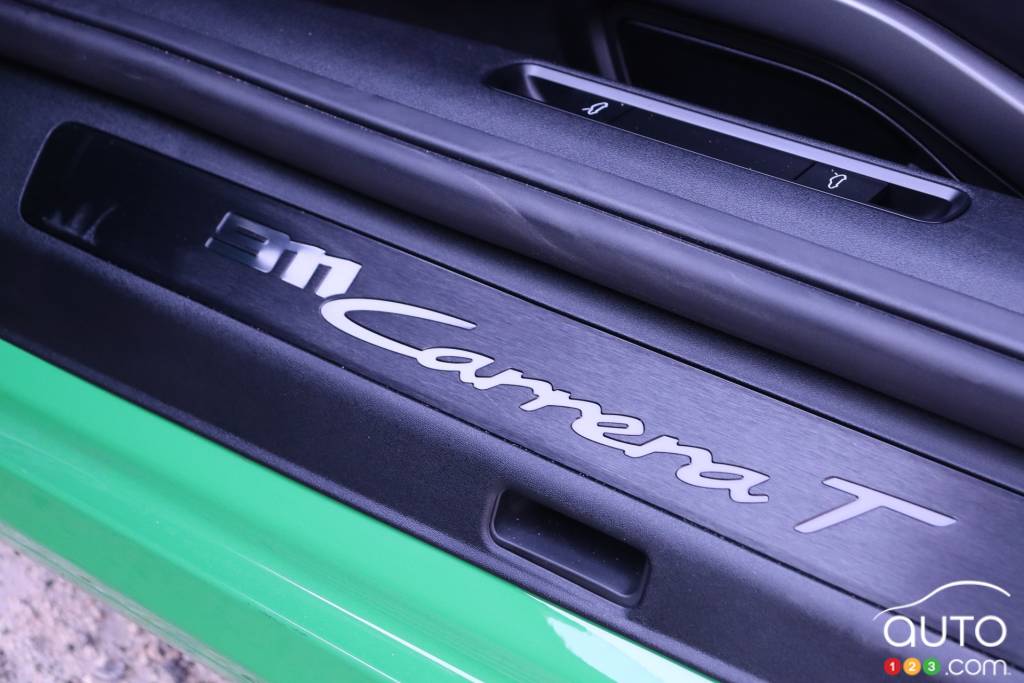 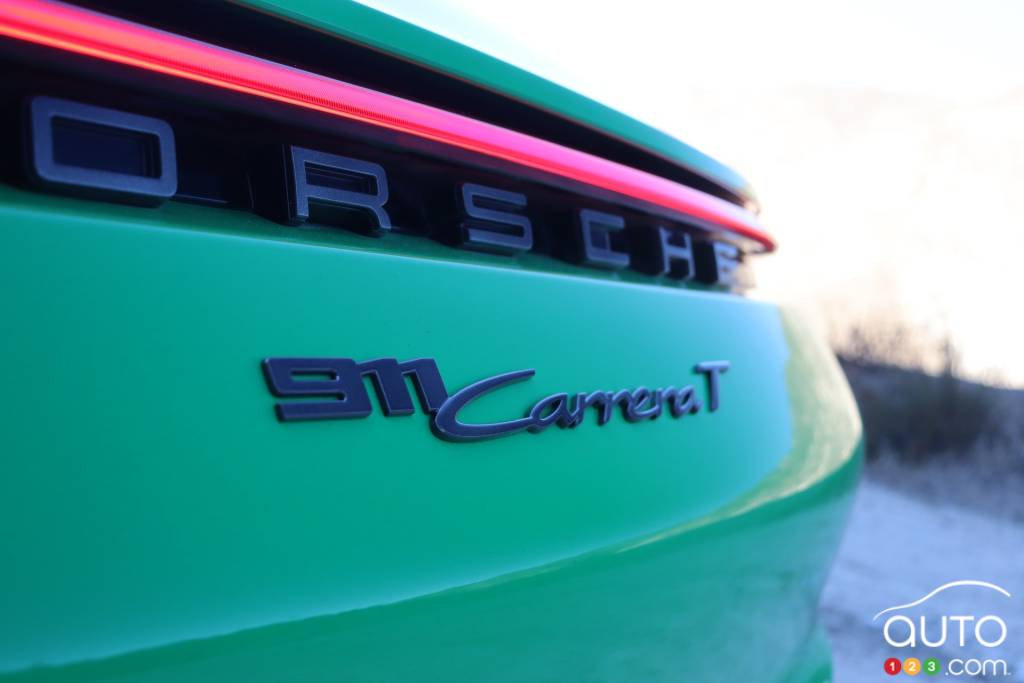 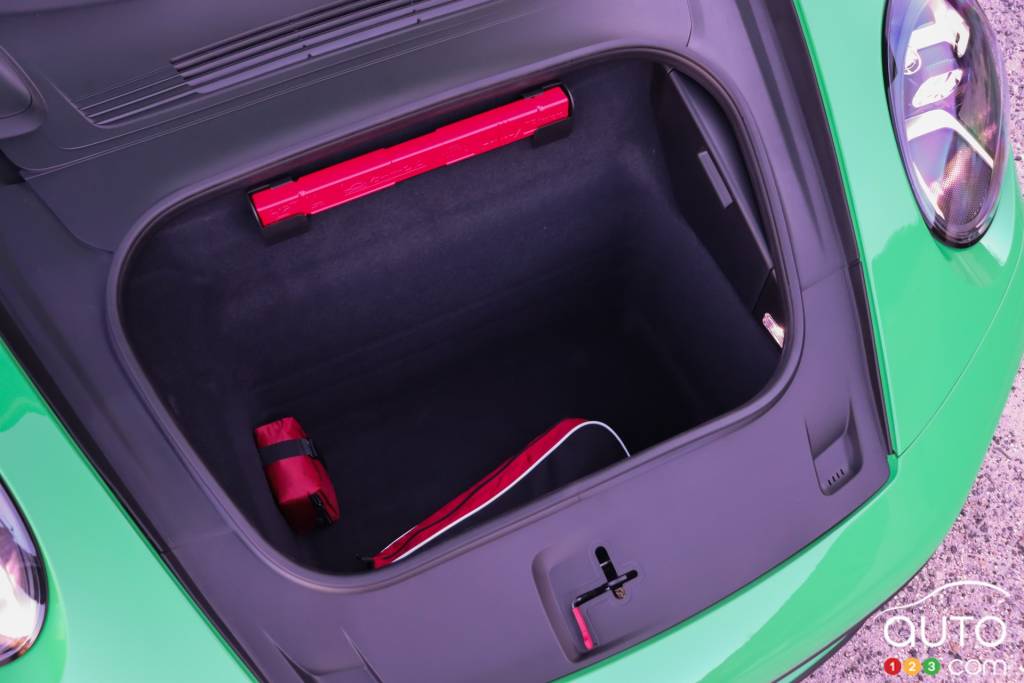 The 2023 Audi RS5 is still as comfortable as ever, although the German brand has upped the ante in terms of aggressiveness and performance with the introduct...

A 2022 Porsche Taycan GTS in a Road Trip Across Four Prov...

Auto123 put the electric Porsche Taycan GTS to the test during a rally that took us through four provinces. Without the support of a combustion engine, were ...