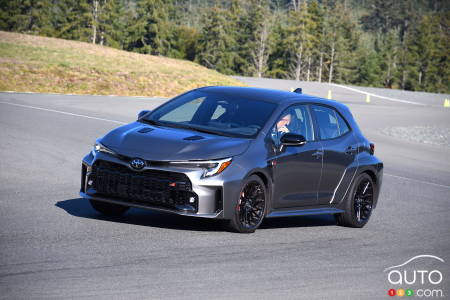 •    The 2023 Toyota GR Corolla meets all the criteria when it comes to performance and on-road behaviour.

•    With its adjustable all-wheel drive, the GR Corolla offers a little something extra for fans of performance cars.

Cowichan, BC - There was a time when the qualities most often associated with Toyota were reliability and durability. And the colour, particularly in terms of the driving experience they delivered? Beige.

Those associations, both positive and negative, did not escape the attention of the company’s top brass, and it irritated them. In early 2017, Akio Toyoda, the brand's top boss since 2009, made a four-letter declaration of intent regarding the future direction of the brand: “No more boring cars.” Toyota had had enough of being told its cars were dull.

And sure enough, for the past few years, Toyota has been introducing models with more character. The GR Supra, a TRD (Toyota Racing Development) version of the Camry sedan, joined the sporty GR 86 already in the lineup. And now so does the new GR Corolla, the most powerful version in the history of the model.

After driving it, I can assure you of one thing; the words boring and soporific never come to mind. 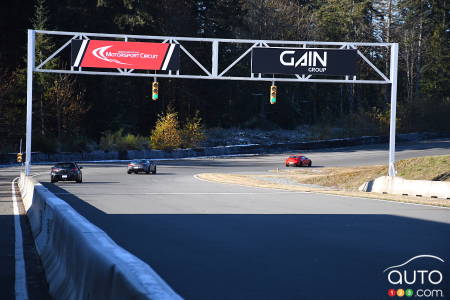 Gazoo Racing
For those who don't know, the letters GR refer to Toyota's racing division, Gazoo Racing. The new GR Corolla is assembled at a dedicated factory, the Motomachi plant. It’s a reflection of how seriously Toyota takes the project to be more exciting.

Here’s another example: During testing carried out to ensure that GR models in development are up to scratch, one guess as to who gets behind the wheel? Akio Toyoda. A driver in his own right, he has to give his approval for a model to receive final approval.

The modifications
To get to this GR Corolla, a lot of modifications had to be made to the basic model. Let's go with the essentials.

On the design side, there’s a strong emphasis on aerodynamics. There are functional air ducts at the front and rear (base version and Morizo edition), lower body panels, more-sculpted shapes and more pronounced wing flares at the ends. Everything is geared to improve the car's performance. The three-tip exhaust system is also unique to this GR Corolla.

Under the hood, a new engine. The 1.6L turbocharged 3-cylinder offers a whopping 300 hp and 273 lb-ft of torque. That's similar to what the new Honda Civic Type R delivers (315 hp and 310 lb-ft of torque from a 2.0L 4-cylinder turbo), but unlike its new rival, Toyota's proposal sends power to all four wheels. The link between the engine and the wheels is provided by a six-speed gearbox. That transmission benefits from downshift synchronization, a function that improves the performance of any amateur driver on the track.

As for the four-wheel drive system, it offers a very interesting option: the adjustment of the percentage of power sent to either the front or the rear axle. There are three possible settings: 60-40 for everyday driving; 50-50 for perfect balance on the track; and 30-70 to give the feel of driving a rear-wheel drive sports car.

As for the chassis, there are Torsen front and rear limited-slip differentials. These are standard on the initial Canadian offering. Basically, this results in a frame that’s stiffer and more solid in every way. In fact, the entire vehicle benefits from 349 additional welding points, as well as four additional reinforcements. 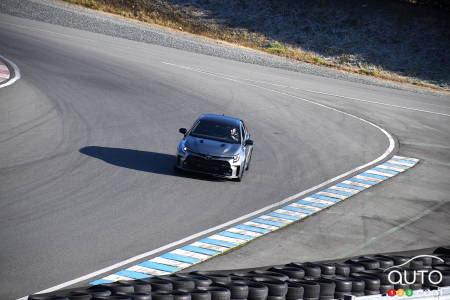 On the road... and on the track
Given all this info during the presentation of the model, my feet stared to tap with impatience. We had to go and drive this thing pronto. For that Toyota had two sessions planned, one on road and one on track. That's the order in which I would test out the Gr Corolla.

The first thing that came to mind as I sped it along a first on-road straightaway was appreciation of the power generated by the turbo 3-cylinder. It's impressive on paper, but it's even more impressive in use. The sound is of course unique to this type of engine and adds to the cachet.

Response is excellent in all gears, provided you make the engine sing a little; maximum torque is found between 3000 and 5500 RPM. The gearbox offers short and precise ratios, and it’s accompanied by a clutch that benefits from settings that are just right (not too firm nor too soft), which translates into a lot of fun behind the wheel. 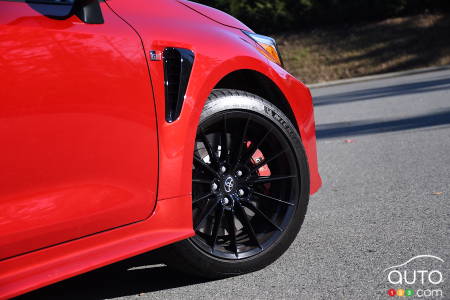 Once on the track, I had the opportunity to push the car to my liking. It's a sharp car that takes a little getting used to, but once you feel comfortable and understand it, it proves an incredible dance partner. With each session, the pace got faster and the GR Corolla seemed to be asking for more.

The car’s most impressive quality may be its balance, especially with the 50-50 mode selected for the all-wheel drive. The GR Corolla was designed by racing enthusiasts and is inspired by the brand's rally experiences, and it shows.

Comparisons with the Honda Civic Type R is inevitable. I have not yet had the opportunity to drive that model’s new generation, but if I measure the GR Corolla against the outgoing Type R, one thing is clear: while performances are excellent with both models, the experience is different. What you have here are two variations on the same dish. Both are delicious, but you’ll probably gravitate to one or the other based on personal preferences. 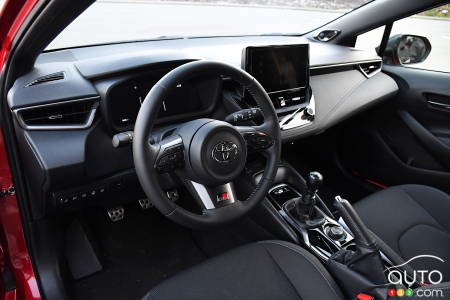 The product offering
Three variants of the GR Corolla will be offered for its first year on the market: Core, Circuit and Morizo. Note that the last two are for 2023 only, the Circuit version being a launch edition and the Morizo a special edition.

Here are the prices and some details about each:

Morizo ($59,990) - A 22 lb-ft gain in torque (273 to 295). This also adds unique Michelin Pilot Sport Cup 2 tires, two additional floor braces and short-throw shifters with closer gear ratios. As well, several components are removed to reduce weight, such as rear seats, door speakers, heating for the seats and steering wheel and the rear wiper motor and blade. Only 10 units are coming to Canada. 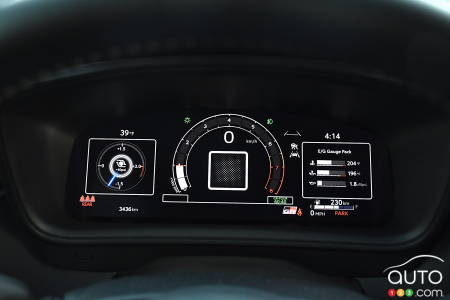 The final word
What is clear is that Toyota has just added a model that should make the short list of those shopping for a compact performance car. The GR Corolla has everything it takes to compete favorably with the Honda Civic Type R, Subaru WRX and Volkswagen Golf R.

The hot hatch is hot alright, in other words. It’s quick, solid and delivers everything you'd expect from this kind of model. And it might also represent a bit of a last hurrah: considering all that's coming our way with the electric shift, we suspect it won't last forever. It's already a collector's item.

Uncertainties regarding availability
Nothing else... 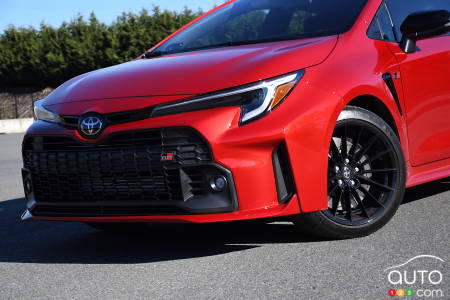 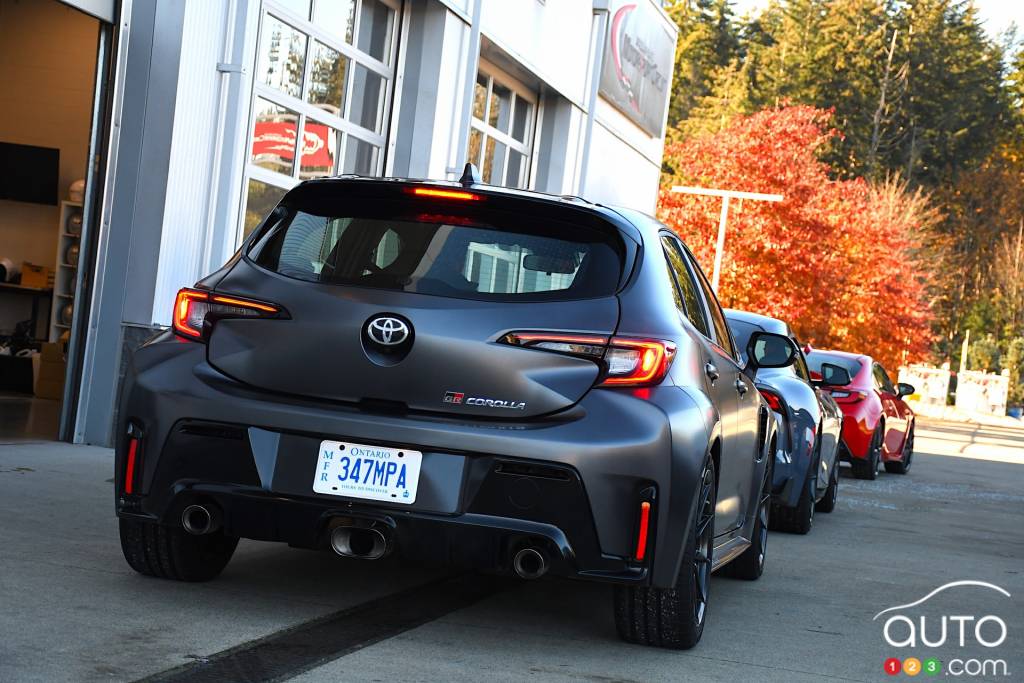 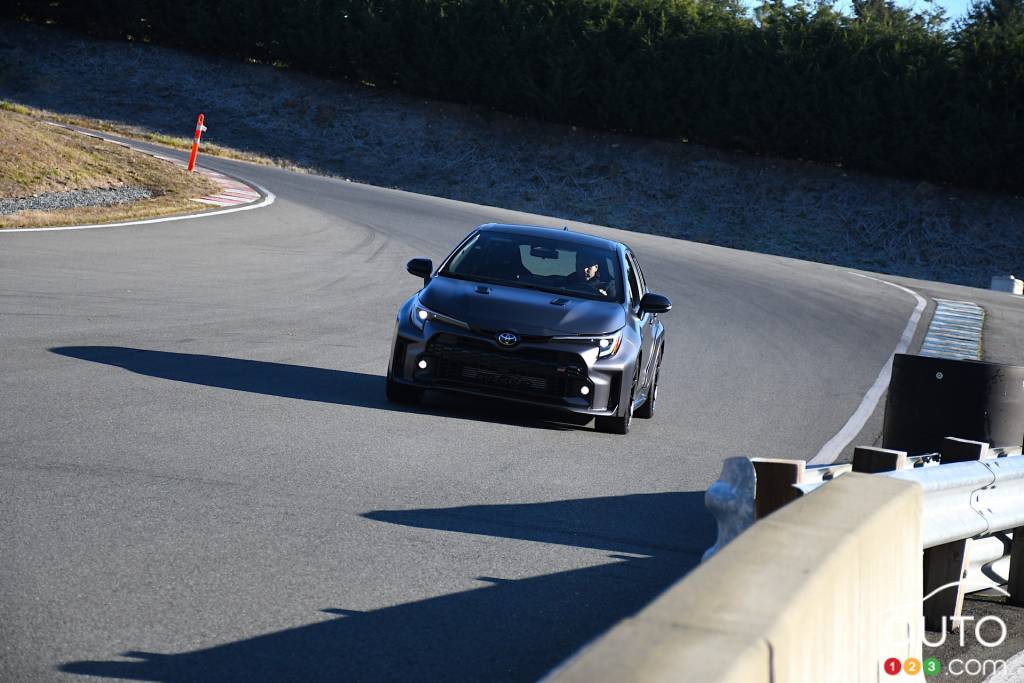 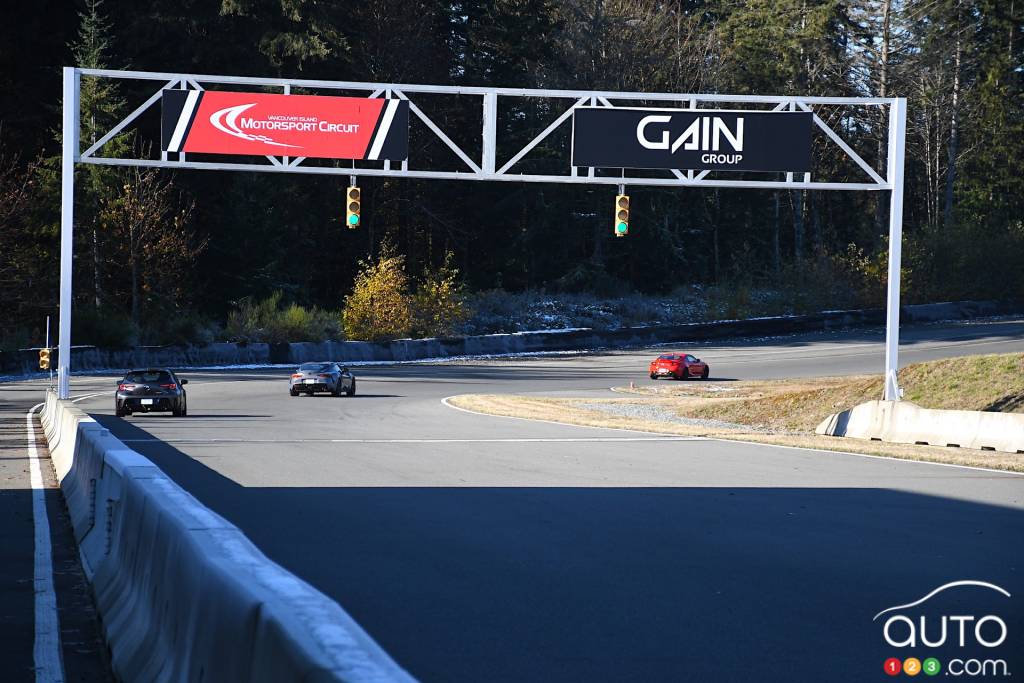 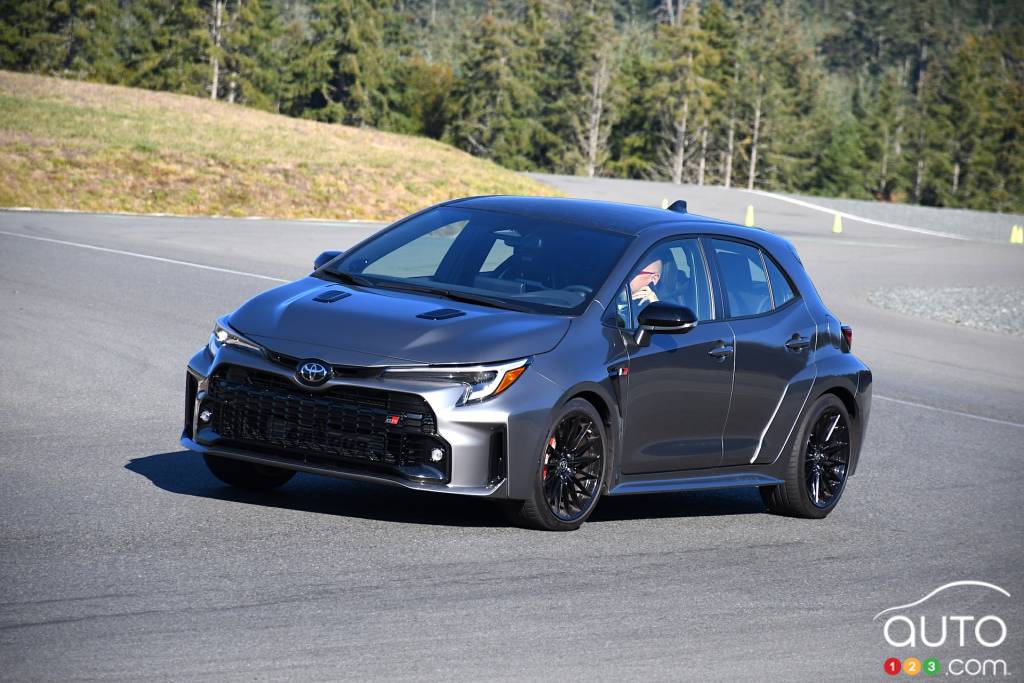 The 2023 Porsche 911 Carrera T is a lightweight sporting model and yet another 911 variant (will we reach a point of saturation at one point? Who knows…). Th...