BMW has for many years now been near-synonymous with driving pleasure. In fact this reality is confirmed in fine print, right there under the company logo: “The Ultimate Driving Experience”. The slogan is an apt one, since the majority of BMW owners can confirm that driving a BMW vehicle is a positive and often exhilarating experience, founded in large part on universally excellent road handling and high-performance engines.

Just the same, BMW is not content to live on this reputation alone. Its intention is to remain a major player in the automotive domain in the years to come, and it has decided that the way to ensure this is through the development and manufacture of partially or fully electric-powered cars. During the company’s annual shareholders’ meeting, held this past spring in Munich, BMW’s CEO and Chairman Harald Krüger said that he expected hybrid, plug-in hybrid and fully electric cars to make up one-quarter of the company’s sales by 2025.

And BMW has put its money where its mouth is: the company already offers more electric-powered cars in Canada – seven – than any other manufacturer. According to figures provided to us, it holds 54% of the market for luxury electric or plug-in cars in the country, followed by Porsche with 23%, Audi with 21% and Mercedes-Benz with 2%. Its efforts will also encompass the MINI brand, part of the BMW family.

Concretely, here is BMW’s plan of attack regarding the introduction of new eco-friendly models over the next few years:

The electrification of BMW does not end with introducing production cars powered by electric motors. BMW contributed to the Formula E Grand Prix circuit during the 2016-2017 season as a supplier of pace cars, medical vehicles and technical cars, and has announced its intention to participate competitively in the series beginning in 2018-2019.

Just days prior to the inaugural Montreal Formula E race, in fact, BMW Canada introduced the press to its full lineup of electric-powered vehicles. Here’s a short and sweet overview of what we got to try out…

BMW i
Cars specifically designed to use 100% electric or plug-in hybrid powertrains.

This car is the only 100% electric BMW, and its range is 130 km with the 60 Ah battery and 200 km with the 94 Ah battery (the extended-range version of each adds an advanced gasoline engine that allows the car to run some 130 extra kilometres). Its highly innovative design and the exotic materials used have earned the i3 the title of 2017 World Urban Car of the Year and positioned it to take on the upcoming Tesla Model 3.

Verdict: The BMW i3 is an exceptional car with avant-garde contours and highly advanced technologies. On the other hand, the driving experience is not equal to other models offered by the manufacturer.

i8
Without a doubt one of the most spectacular cars on the market, it is an absolute head-turner. Access to the cockpit is not the easiest, but once inside the interior is comfortable and visibility is fairly good, all things considered. The electric motor in front and combustion engine in the rear designate it as an all-wheel drive hybrid.

Verdict: Sporty in spite of its eco-friendly ambitions, the BMW i8 is a futuristic car with a striking look and sophisticated conception, which delivers impressive performance. A very small trunk and a cabin that’s tricky to access are certainly caveats.

BMW i Performance
Plug-in hybrid versions that preserve all the characteristics of the “regular” combustion-engine versions they’re based on.

This 248-hp compact sedan delivers strong performance and excellent road handling. Some might find the suspension a touch on the firm side. Its hybrid powertrain allows drivers to cover 24 km in all-electric mode.

Verdict: The BMW 330e is a relatively spacious sedan, which is pleasant to drive yet stingy in terms of fuel consumption.

Everything we wrote about the 330e applies equally to its mid-size sibling, which is fitted with an identical powertrain. The luxury and comfort level, however, are both a notch or too higher.

Verdict: In comparison with the 330e, and in addition to the status proffered by the 5 Series, the 530e’s content is more comprehensive, its liveability superior. Newly introduced this year, the 530e gives BMW a strong weapon to attract fans of driving who are looking for an eco-friendly alternative.

730e
Powered by a 4-cylinder engine that combines with an electric motor to provide more-then-adequate power, this plug-in hybrid sedan consumes just over 8.0L/100 km while spoiling its passengers with a high level of comfort and remarkable cutting-edge technologies.

Verdict: The BMW 730e strikes the balance between luxury and ecology without sacrificing on driving experience. It comes with a plethora of state-of-the-art accessories and extraordinary safety features.

The mid-size SUV loses none of its intrinsic virtues when equipped with a hybrid powertrain consisting of a 2.0L 4-cylinder (240 hp) and an electric motor (111 hp). This combination ensures significantly lower fuel consumption for such a large and heavy vehicle. The 8-speed automatic gearbox is wedded to BMW’s highly regarded all-wheel-drive system.

Verdict: In terms of the driving experience, there’s no light between it and the gasoline-engine version. The BMW X5 xDrive40e combines the qualities of an SUV with the advantages of plug-in hybrid technologies. Take note that the (non-hybrid) X5 M is less eco-friendly, but much more exhilarating to drive.

BMW’s lineup of vehicles in the budding electric-car market is a fairly comprehensive one, which gives the company bragging rights as the 2017 leader of the Canadian pack in terms of plug-in hybrids and all-electric cars. This may surprise some, but remember that the company is far from done: the MINI Cooper S E Countryman (plug-in hybrid) will soon be joining the party and reinforcing those bragging rights! 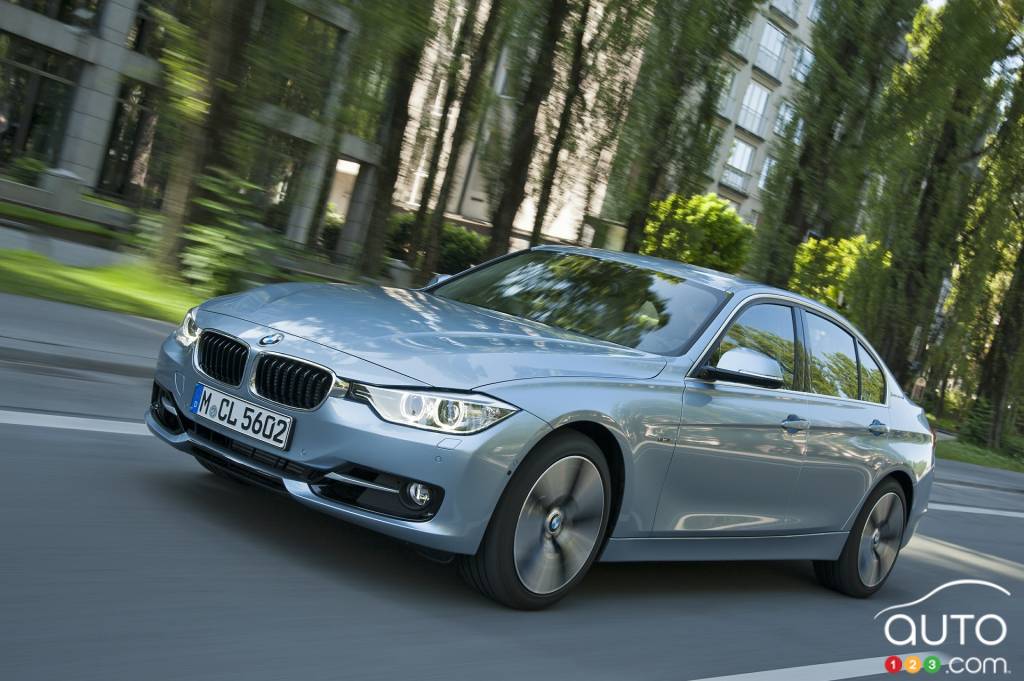 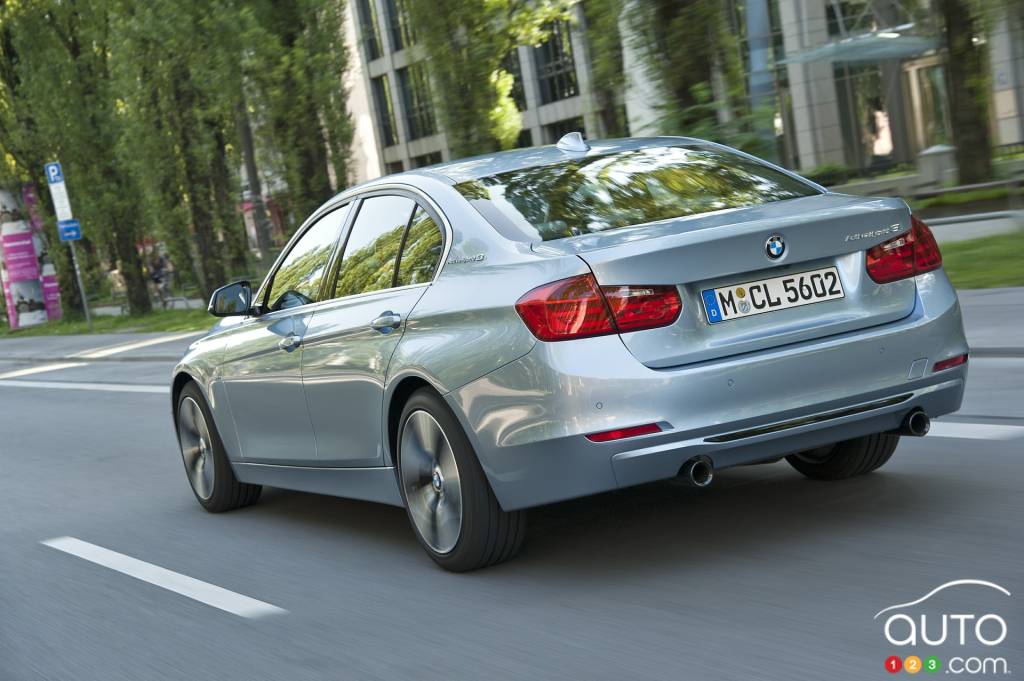 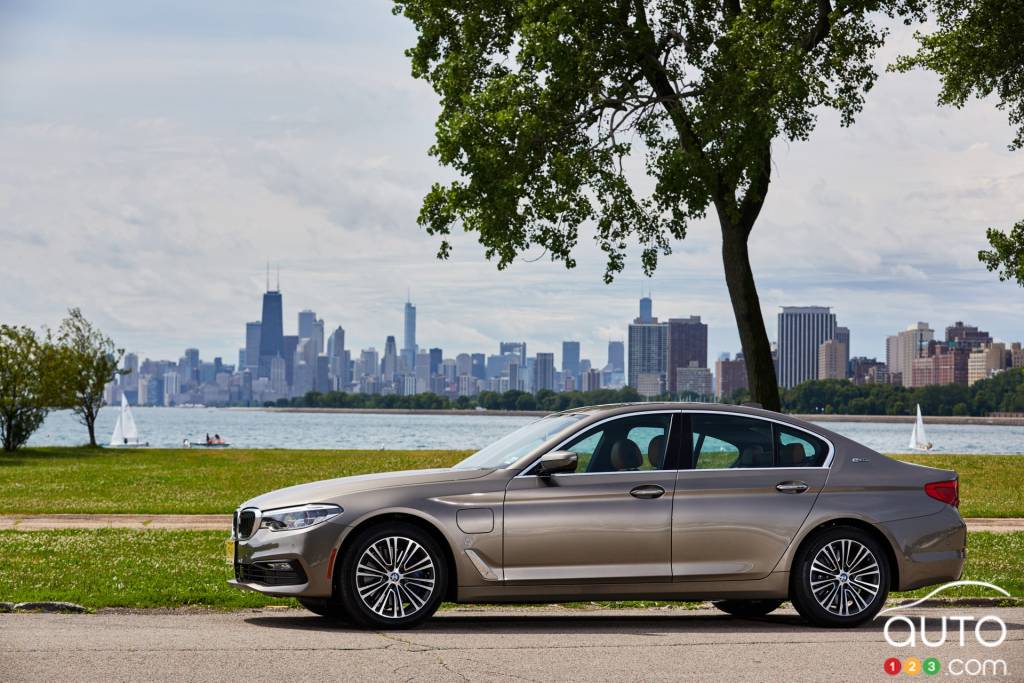 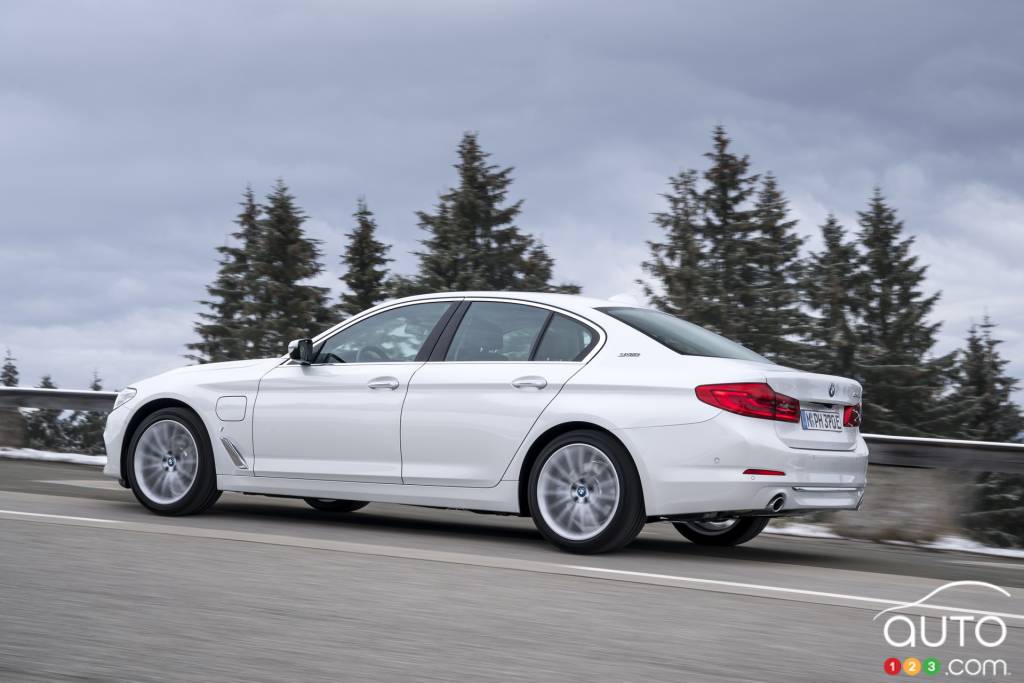