Austin, TX – The Silver Star manufacturer has found a way to expand its wide-ranging lineup for the new year. To the multiple AMG GT variants, the company is adding a 4-door version, which uses a recipe in wide use throughout the industry. Though in fact, that recipe was first concocted by Mercedes-Benz itself when its first CLS signaled the rush to create four-door coupes at the turn of the 2000s.

That said, this new variant, put together by the company’s AMG performance division, is a whole other ball of wax. The design is sharper, to start with, and the performance capabilities are several degrees more explosive. The manufacturer had invited members of the automotive press to the Circuit of the Americas (COTA) for the opportunity to discover first-hand the outrageous abilities of this German missile, which honestly doesn’t have much business crawling along Canadian highways at 100 km/h or thereabouts. Here’s what I discovered during my trip down to Austin, Texas.

What is a 4-door AMG GT coupe?
Before relating my driving impressions on the road and on the track, I should take a moment to define just what is a 4-door AMG GT. As mentioned, the coupe-sedan is a creation of the engineers at the company’s AMG performance division. You can fully expect, therefore, that this car will deliver adrenaline straight into your system. A cousin of the two-door coupe of the same name, the 4-door iteration is longer, heavier and more inhabitable- no surprise there, since it can house two more occupants (three in certain other markets) behind the front row. Even better, its rear hatch in lieu of a trunk makes it actually practical, in the way that the Porsche Panamera and Audi RS7 are.

The AMG GT4 Coupe rests on the same platform as the E Class, which is apparent when you look at the similar dashboard in the two vehicles. The AMG GT4, however, gets a stiffer and lighter chassis (although to be sure this thing still puts a lot of weight down on the asphalt).

A superb silhouette
The design is also a magnificent nod to the GT coupes, the front end of the 4-door version proudly sporting a forward-leaning front grille. The optical blocs extend to the front wings, while the openings on the lower front end signal that the engine bolted under the hood needs a strong dose of oxygen to perform to its breathtaking capacity.

In back, the coupe vibe is just as quickly recognizable, with the thinned rear lights, a functional diffuser and four-count-em-four exhaust tips (which by the way are rectangular with the V8 and round with the new 6-cylinder). I love this super-curvy portion of the AMG GT, which unfortunately loses some of its splendour when the spoiler is deployed. From the side, the AMG GT 4-door is just as winsome with its sloping roofline and almond-shaped fenestration.

Three engine configurations, two transmissions and only one drivetrain
This being a performance-oriented model, the folks at AMG placed big guns under the hood of its sublime-looking car. For starters the inline-6 turbo with EQ Boost starter-alternator sets the bar high with its 429 hp and 384 lb-ft of torque. That EQ Boost electrical compressor not only reduces fuel use, but boosts horses by 22 and torque by 184 lb-ft when the accelerator hits the floor. I must admit that of the three available engines, this is the one that most impressed me. That 6-cylinder produces an even more seductive guttural growl than the V8.

Then there’s the 4.0L twin-turbo V8, with a noble output of 577 hp and maximum torque of 590 lb-ft. Take the “S” option, however, and the AMG GT 63 S delvers a whopping 630 total hp and 664 b-ft of torque. I was just able to get my hands on the big beast of the family, and it roars like only AMG powertrains can. It’s a tune I never tire of hearing!

The 6- and 8-cylinder engines are wedded to a 9-speed automatic transmission, but in fact the two are working with the same unit. As for the drivetrain, the manufacturer entrusted its 4MATIC system, an enhanced drivetrain that will reassure less-reckless drivers.

An interior worthy of AMG’S reputation
I mentioned earlier that the upper portion of the dashboard is nearly identical to what you find in the E Class, the AMG version differing by being covered in carbon-fibre materials, and of course offering the driver a more-inspiring steering wheel to play with.

The central console is however different than the one in the E Class, and is even distinct from the one the AMG GT coupe has. The round buttons of the transmission tunnel have bene replaced by rectangular transmissions that are less pleasing to the eye in my opinion.

To be sure, the quality of the materials and of construction is what you’d expect from the manufacturer.  The enveloping front-row seats are designed to keep occupants snugly in their place when cornering, while being them space for occupants is actually pretty impressive, in terms of both legroom and headroom given the low stance of the car, this surprised me. Continuing on back, the trunk space is also a plus for those who need to lug around some bigger stuff. The AMG GT4 Coupe is no SUV, let’s be clear, but it offers more roominess than a regular sedan!

A delirious first drive
I got the opportunity to try a GT 63 S on the track and on the road; it struck me as much as anything like a muscle car decked in a tuxedo. The sound and fury of the V8 enables very muscular accelerations, especially when you switch the drive mode to Race. The transmission then gets more brutal when switching gears. Steering is really precise, despite the car’s hefty weight. The adjustable suspension, braking system and all-wheel drive systems are all highly effective parts of the whole.

In the Austin track, I was able to safely determine that the car has no trouble hitting and maintaining 250 km/h on a straightaway. Unfortunately, that hefty weight I alluded to does handicap the durability of the brakes when they’re called upon at the end of said straightaway. To be fair, this won’t be noticed when driving on the road at more resonable speeds.

The pleasant surprise of this trip down to Texas was the 53 edition; its inline-6 engine responded wonderfully to the exhortations of my foot on the pedal. The car’s straightaway speed is a little slower, but that does nothing to take away from the driving pleasure. In fact the lighter front-end weight helps improve the road handling of the base model. In any case, does anyone driving around in Canadian traffic ever need 630 hp at their disposal?

The last word
The first drive was a highly positive one for a fan of sport driving like me. The AMG GT4 coupe is a German missile that inspires confidence even at high speed, but is a workable everyday car. We haven’t mentioned pricing, and it’s true that with an estimated Canadian price of anywhere between $100,000 and $200,000, this is a sedan-coupe for buyers with means. But the brain-trust at Mercedes-Benz knows its business. If they built this car, it’s because there’s a market for it. 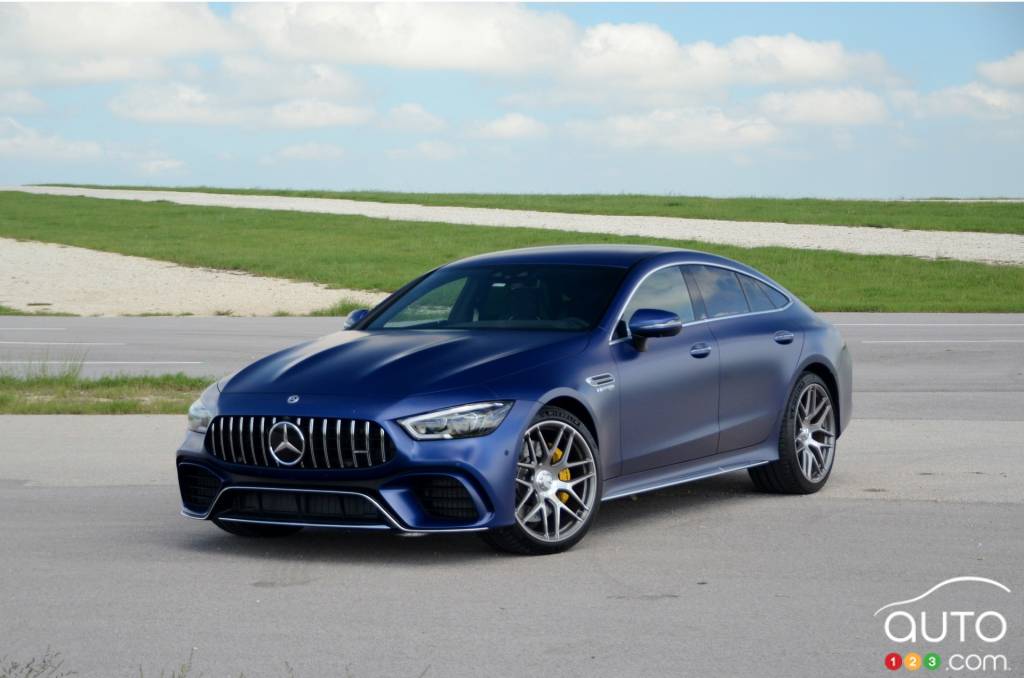 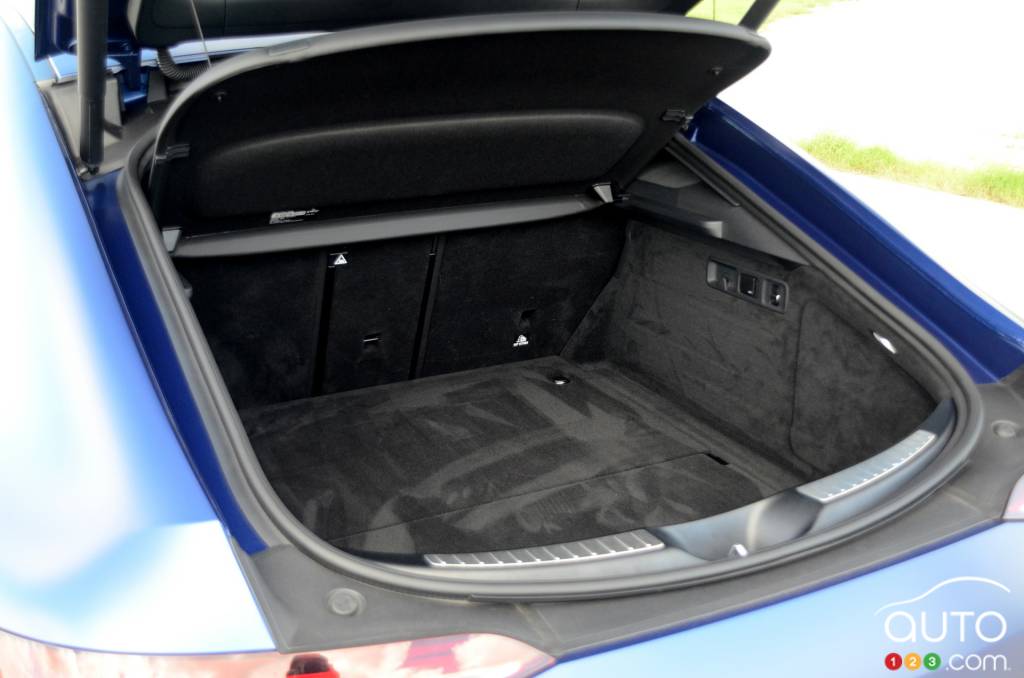 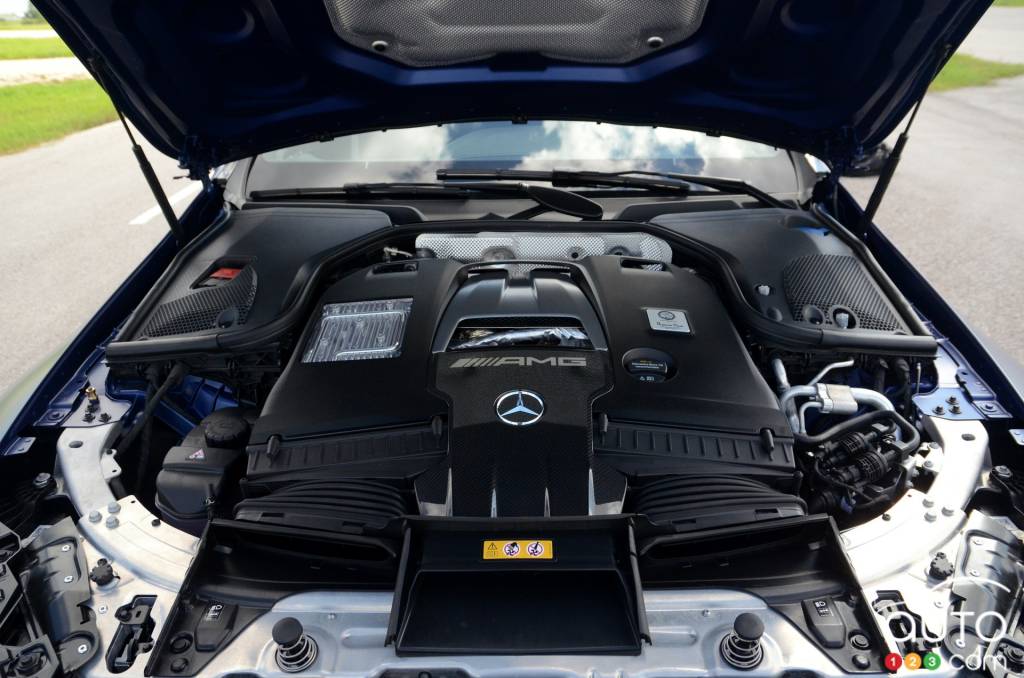 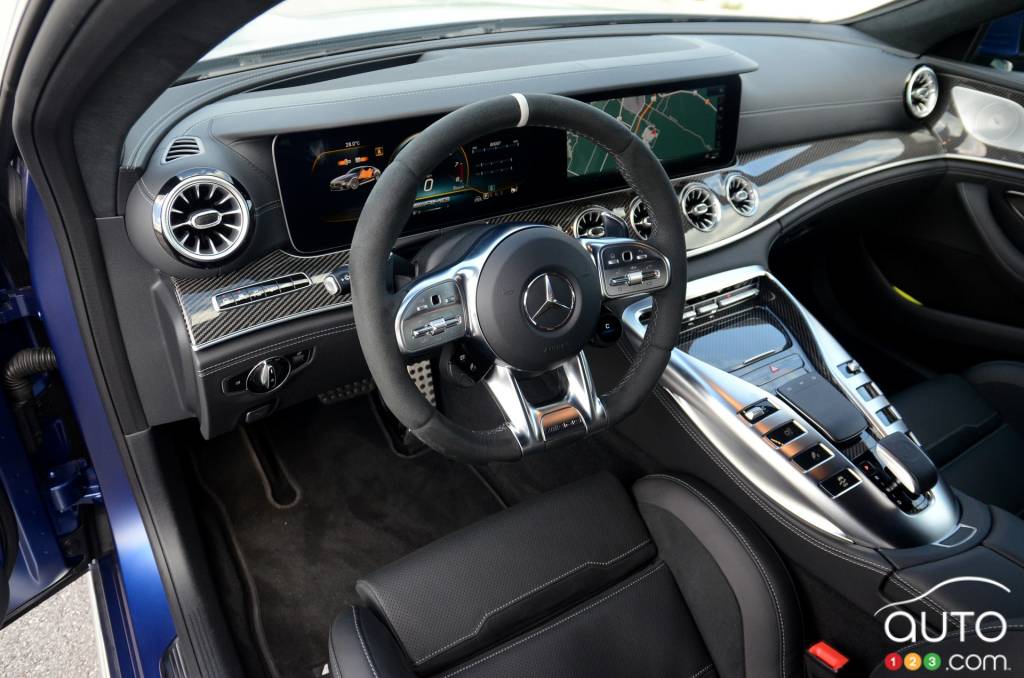 Mercedes-Benz used the occasion of the Consumer Electronics Show (CES) in Las Vegas to lift the veil on its next-generation CLA. Stuffed with an endless arra...

The 2020 Mercedes-Benz E 450, a sedate-looking but very able premium car that makes a great case for itself as a mid-size sedan in an age of luxury utility m...