Since Suzuki’s demise in 2014, the Subaru Impreza is the most affordable all-wheel car available on the Canadian market. Before then, the title belonged to the SX4, but the disappearance of the Suzuki brand, so greatly lamented by many, means that those on a budget who are looking for a compact car with 4-wheel drive must turn their attention to Subaru.

While it’s not absolutely required for a motorist in Canada to have all-wheel drive, when we get assailed by one of Mother Nature’s little practical jokes, this most affordable of all Subarus makes itself very highly appreciated indeed. Fitted with decent winter tires, the Subaru Impreza can handle just about any winter conditions imaginable.

As luck would have it, my road test of the Impreza took place during a particularly spring-like week in February. No matter, an all-purpose car like the Impreza needs to make itself useful in all situations, even when there’s no snow or ice in sight.

An improved design
Before I get into my take on the performance of this compact hatchback, I want to slip in a few words about its outer shell. And on that front, let’s just say that the design gradually grew on me after I spent a few days contemplating it in my driveway. This is not something I could have said about the 2017 edition. That I had the Sport-Tech version may have had something to do with it, I grant you; this version’s 18-inch wheels did a wonderful job filling the car’s wheel arches, for example. But still, features like the black front grille help give the 2018 Impreza a more serious vibe.

True to tradition, Subaru took an approach that leaned more toward evolution; the company has never been one to blow up an old design to create a new one. So it is that, with the exception of the rear lights and that revamped grille, the new Impreza looks much like the old. This may explain why it’s so easily recognized out on the road… or at the gas station, where curious people would occasionally approach to ask me what I thought of the car.

Welcome changes inside
The changes carried out on last year’s Impreza certainly did it a lot of good, and that might be an understatement! Still, you’ll be disappointed if you expect an environment that approaches what German luxury models offer; this is light years removed from that. The dashboard is more functional than “design”, and that, actually, is just fine as far as I’m concerned. I quite like the separation created between sections of the central console. The infotainment commands are placed at the bottom, close to the gear shifter, while the buttons for the heated front seats are easy to access.

The multi-function steering wheel has the intelligent cruise control commands on one side, along with buttons for navigating the small data screen between the gauges behind the wheel; it’s also possible to operate the audio system and even activate the heated steering wheel. There’s a lot going on around that steering wheel and it does take some getting used to, but eventually you do.
My week behind the wheel of the 2018 Impreza proved that the seats are as comfortable as the ones in my trusty old Outback sitting at home. Another detail worth noting: the fact that the 60/40 split rear bench folds down almost flat makes for easy loading of cargo and objects too long to fit into the trunk.

At the wheel
Down to the nitty-gritty. And speaking of gritty, I’ve always appreciated Subaru vehicles for their slightly rustic air. The sound of the boxer engine, the slightly heavy steering, even the lack of proper sound insulation, all of these things were reminders that we are at the wheel of a car, not lounging in a five-star suite away from daily life.

The 2018 Subaru Impreza doesn’t erase all those “imperfections”. The mechanics still make themselves heard, especially with the CVT box that makes the 2.0L sing when you kick down on the accelerator. Sound insulation is still mediocre, but as I said some drivers like that. The suspension in this Sport-Tech edition is a bit on the firm side – especially at this time of year when many Canadian roads look they’ve been shelled – but there’s lots worse out there in the industry! The steering is itself also heavier than it is precise, but that never bothered much even after driving the Impreza for some 500 km.

One much-discussed element in the Impreza is the introduction of the 2.0L engine, more specifically the power it delivers. With 152 horses at its disposal, the Impreza does not exactly carry a monster under its hood, especially as the car carries a few extra pounds in comparison with its front-wheel-drive competitors. To be sure, the Impreza is no straight-line specialist. Moreover, when changing gears at low speed, the transmission sometimes appeared hesitant; this was the first time I’d experienced this in a Subaru and with this type of transmission. Was it an isolated case? Let’s hope so.

I also had occasion to test out the EyeSight safety system, which, like the name suggests, keeps an eye on the road to help keep the car on the straight and narrow. I prefer still being the one making the decisions, but to be fair I found that Subaru’s EyeSight works very well and manages not to intrude too much, with the possible exception of those beeps that sound to warn the driver when the Impreza deviates from its lane or closes in on a slower-moving vehicle.

Conclusion
Obviously, the $30,995 price tag that comes with this Impreza Sport-Tech with the EyeSight package is a tougher pill to swallow than the $19,995 of the base model with 5-speed manual transmission. On the other hand, decked out in the Sport-Tech package, the car is a lot more eye-catching. Consumers can choose among a range of trims at different price ranges, and as is often the case (with cars, anyways) it’s the middle children that get the most attention from consumers.

The Subaru Impreza doesn’t offer the same level of tech as the Honda Civic, and it can’t compete with the Golf in terms of road handling. But it has that all-wheel drive, as always a major selling point for Subaru. That feature alone helps get it on the shortlist of many car buyers – and so it should yours. 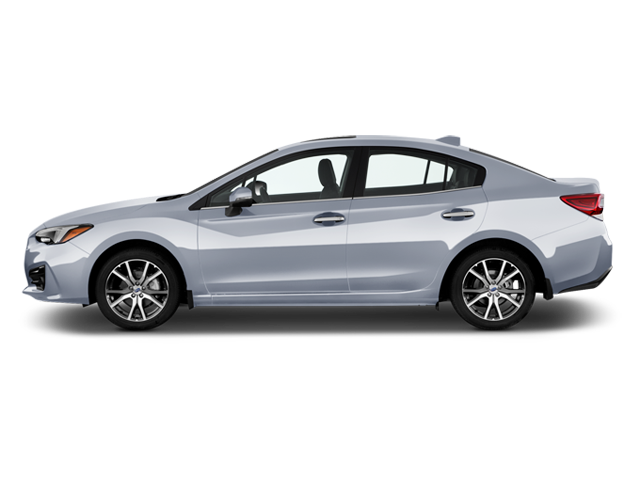 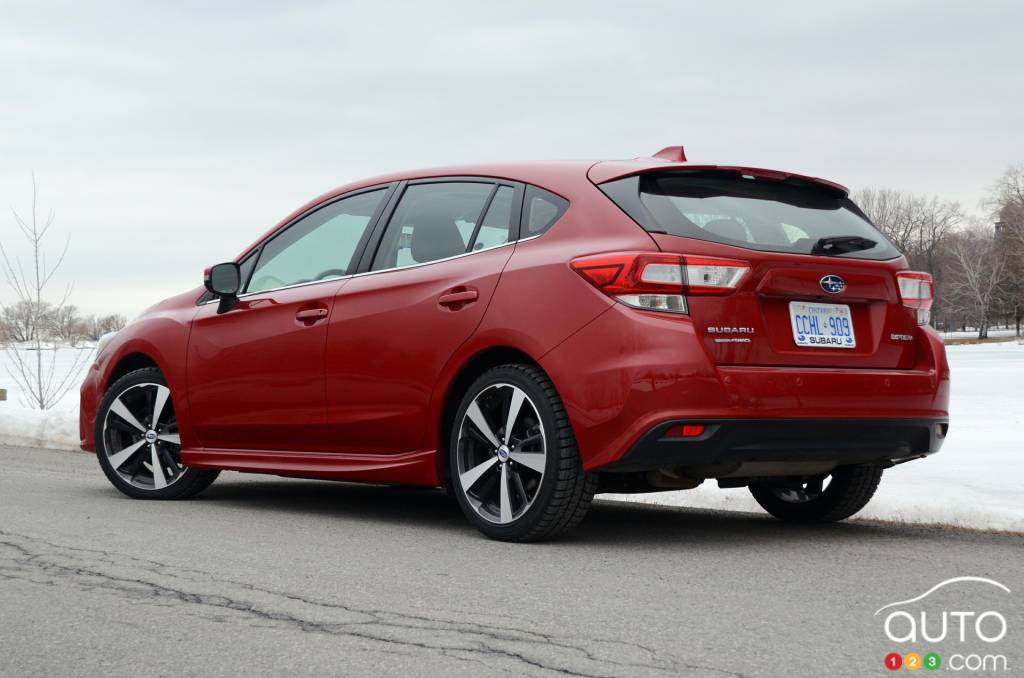 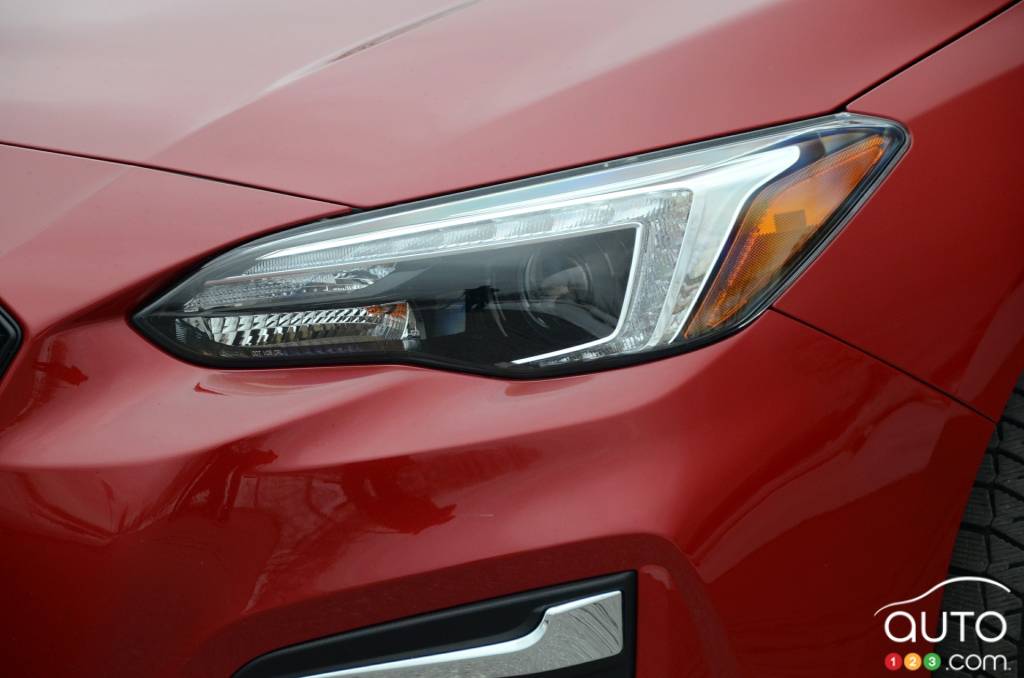 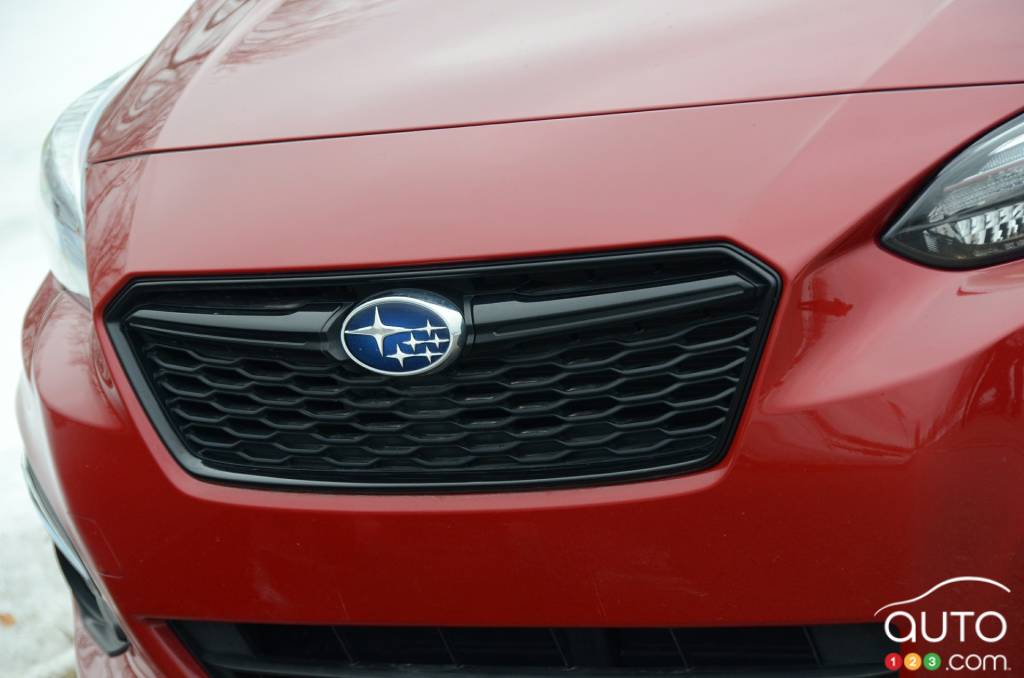 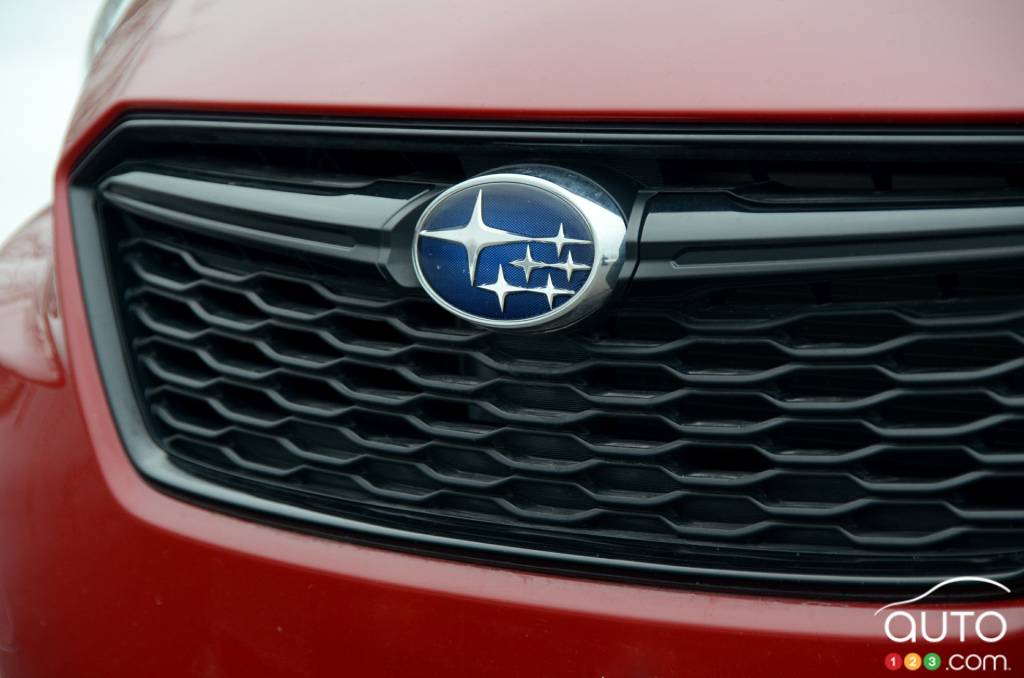 The new Subaru Impreza maintains its current starting price of $19,995 for the 2018 model-year, which means it also retains its title as the most affordable ...

The 2019 Subaru Impreza will be available as of this coming August, and we now know all the details and pricing for the model courtesy of Subaru Canada. Cons...