We are, finally, approaching the day when Ford unveils its new Bronco, and anticipation among fans of the model (or we should say, of the name, since the new Bronco is a wholly new creature) is at fever pitch. A smaller “Baby Bronco” is also going to be rolled out in the coming months.

Needless to say, with its lineup now virtualyl bereft of cars, Ford has a lot riding on the success of the two new SUVs. According to Automotive News, Ford hopes to sell 200,000 units of the two models next year. The fervent wish of course is that they become reliable cash cows for the automaker, but just to make sure the potential for profits is fully exploited, there will be accessories offered with the Broncos. Lots of them.

Latest reports indicate that many of the 150 accessories Ford plans to offer can be installed by the dealer, meaning their cost can be included in the vehicle sale price.

The exact nature of the 150 extra bits that will be listed in the catalogue for the SUV when it debuts at dealers next year is not yet known. But if we’re betting, we’re putting our money on things like additional exterior lighting, winches, unique wheels and different roof options, for example.

There’s no secret here: Ford is taking explicit aim at the Wrangler. Jeep has employed a very successful formula with its SUV, and Ford would be missing an easy opportunity at maximizing profits if it didn’t do the same. You might even wonder why they didn’t they do this earlier. 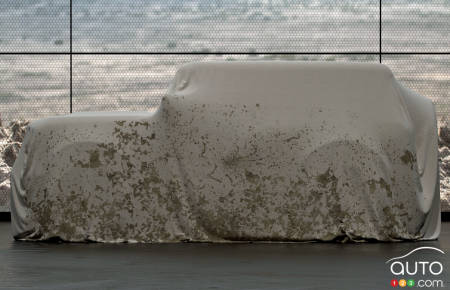 Have You Configured Your New Ford Bronco?

Last week, Ford announced that it was now possible to configure a Bronco on its website. Auto123 didn't waste any time getting to it.