CHARLESTON, South Carolina - According to Infiniti's marketing personnel, your writer isn't in the target demographic for their upcoming JX35 crossover. Mostly, that's because I'm not an affluent, somewhat wealthy mother of more than two kids seeking versatility, confidence and safety from a vehicle.


But hey - nobody said a single, twenty-something, often-lazy cat-nap enthusiast can't find some use for a slick new luxury crossover, either.

For guys like me, cupholder capacity, airbag count and litres of luggage space hold little weight. I can close my own tailgate without a motorized assist. I don't like safety beepers. And since I've virtually never had an issue reversing over a child or its toys, backup cameras don't get me particularly excited, either.

But the JX35 is big on innovative, exclusive family-oriented stuff. While reversing, it can self-apply its brakes if a tricycle, a Buick LeSabre or a distracted texty-walking teenager suddenly gets behind it. The second-row seats fold forward for third-row access, even with a child seat mounted on them. The list goes on. But these mommy-magnet features are far from all the JX has going for it.

First, as seven-passenger haulers go, it looks all sorts of sexy. Designers stretched the JX's skin tightly over a swoopy, graceful and liquid body. Big flashy wheels, plenty of chrome and a friendly, prominent grille complete the package. The JX35 should look bling parked outside of your daycare, office, night club, karaoke bar or late-night fast-food joint. Driver's call. It's elegant and sophisticated - but not so much that you've got to wear a cardigan while driving it.


Same mature and elegant style inside. Plenty of color and texture keep the eyes busy, and your writer particularly appreciated the comfy seats and slick instrument cluster with recessed driver computer. There's a solid, dense and heavy feel to the controls and switchgear, reinforcing the premium character. Asked to guess, your buddies will likely overshoot the JX's price by thousands. In fact, stickering from about $45,000, it packs serious heat where visual bang-for-the-buck in a people mover is concerned.

Functionally, there's a commanding driving position, great forward view and plentiful at-hand storage up front. Second-row seats are adult-friendly, as are the rear ones, in a pinch. JX35 was designed as a seven-seater from the get go - meaning the rear row is actually usable, when needed, by folks who don't still eat Cheerios out of a Ziploc bag. All perches behind the front seats fold flat for expanded cargo space as needed.

So, yeah, it's all great for your kids and pets if you've got them. And if you're like me and don't, the JX will prove ideal for carrying 3 couples off for a weekend trip. Or for taking that special someone camping. Or to go camping by yourself, if you're a single guy. Just saying.


But it's perhaps while moving along that the JX35 proved the most appealing.

After a day spent cruising the towns and highways of South Carolina, a few big draws were apparent. The JX's slick powertrain was one. Namely, it's Infiniti's celebrated 3.5L V6, paired with a first-for-Infiniti CVT automatic transmission. Stay out of the gas-sipping 'ECO' drive mode, and every throttle press is met with a pleasing surge of forward thrust, accompanied by a pleasant growl from under the hood.

With 265 horsepower, acceleration in a lightly-loaded JX35 was above adequate, if not neck-snapping. But it's liquid smooth. Responsive, too. And with no gears to shift, that CVT transmission gets the JX up to speed in a relative jiffy with any prod on the pedal.

You don't need 2.8 kids to appreciate that. Incidentally, Infiniti officials say the JX is the lightest vehicle in its segment - and should deliver leading fuel efficiency.


The ride at highway speeds isn't remarkably quiet, though the suspension and steering are well matched to create a solid, heavy ride that's slightly sporty, soft around the edges, and robust on most surfaces. The JX feels solid and confident, and the steering is mellow on the highway, aiding in a laid-back, relaxing cruising character.

Driving thrills aren't the priority, here. But the calm ride and easygoing handling pair with automatic lights, wipers, climate control and radar cruise, allowing drivers to sit back and enjoy the road while relaxing and socializing. There are even TV screens available on the back of the headrests, and a hookup for your XBOX.

Complaints on my day-long excursion included a 'massive-even-for-a-crossover' turning circle, as well as a few too many beeps, vibrations and sudden braking inputs from the slew of radar-based safety systems. These seemed a little too sensitive - but they can be switched off.

Did I mention I was often lazy? The JX is ultimately a great machine to enjoy a lazy drive in, with the kids, friends, pets or otherwise. End of the day, the JX35 might be mom-oriented and family friendly. But it left this writer thinking 'rolling lounge on wheels.' 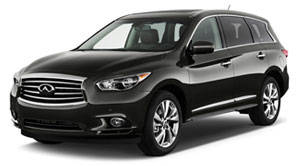 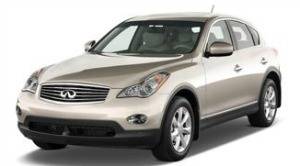 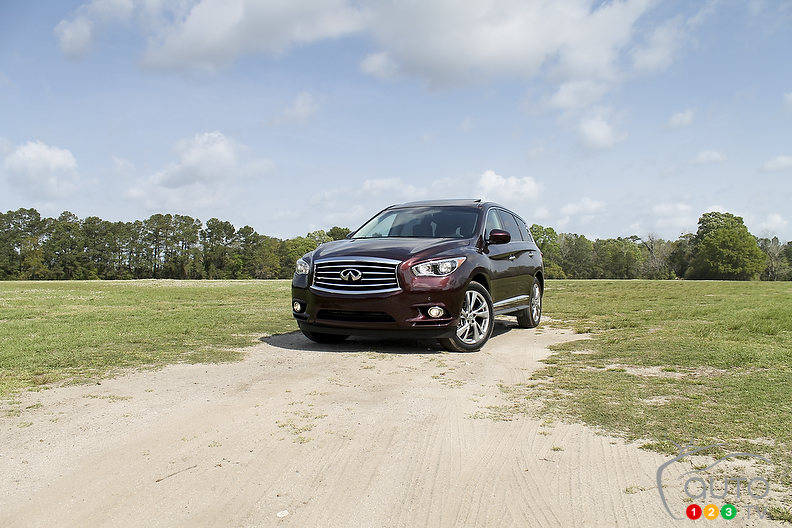 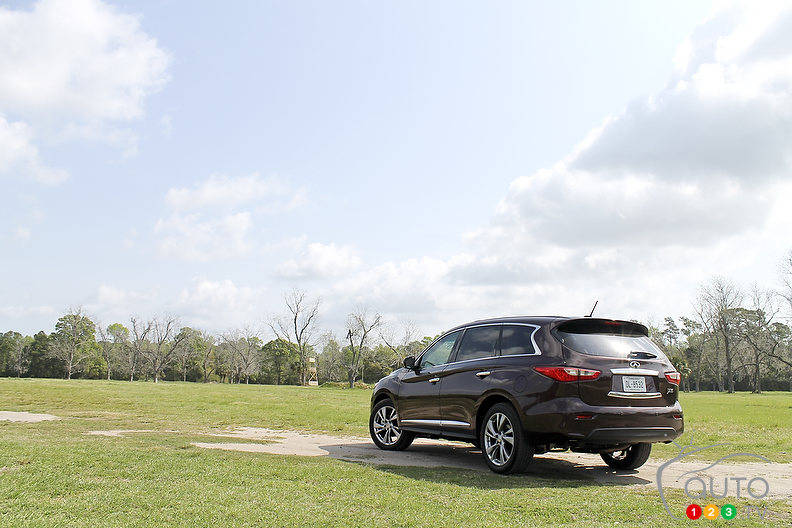 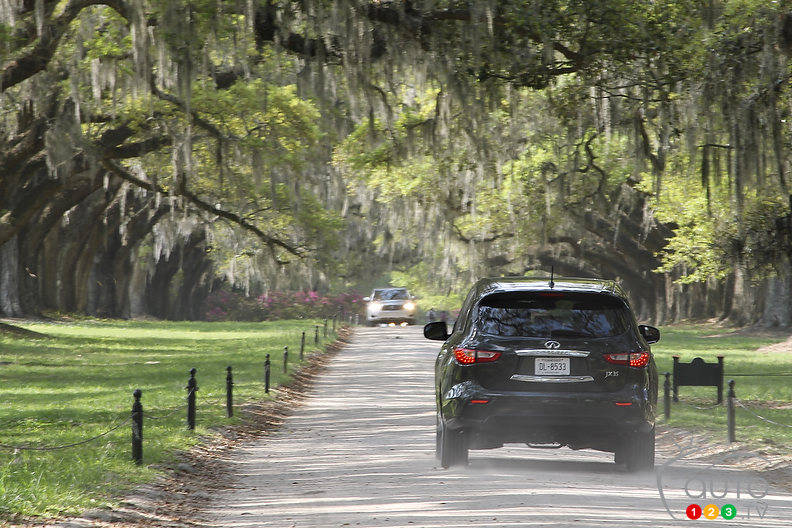 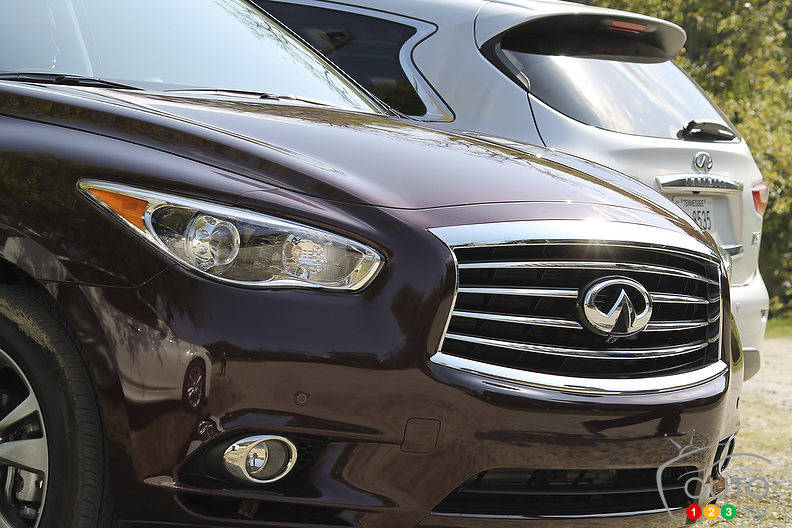 We at Auto123.com rarely go forth and book long term test cars. The principal reason is not that these extended evaluations have no worth -- in fact, it's qu...

When the current Ford Explorer was launched, it was a wow moment for the company. In fact, I'm sure I'm not the only person who did a double-take when I firs...

You work hard for your money. You've built a career, you have a nice house; a family. You enjoy your weekends, especially in the country, so you decide you w...