Pros and Cons*
Pros
The interior of the 2013 Infiniti M features high-grade materials and well-integrated, ergonomic technology. Agile on the road, the Infiniti M also offers a good selection of powertrains, including AWD.

Cons
However, the car suffers from reduced rear visibility, costly option packages and a slightly diminished look – it is not yet in the same league as its German competition.

The M56, which features a V8 powertrain, is offered at $66,300 while the AWD M56x is available for $68,800. Both these prices include a navigation system and Bose audio system.

Exterior Styling
Thanks to its pronounced curves, its distinctive, horizontal-lamelle grille and pronounced hood, this sedan is easily identifiable as a member of the Infiniti series. With tapered headlights and a domed rear, the Infiniti M has a classic presence.

Drivetrain
The basic powertrain includes a 3.7-litre, V6 engine which delivers 330 hp and 270 lb-ft of torque.

The sedan is also available with a 5.6-litre, V8 engine. Yielding 420 hp and 417 lb-ft of torque, the engine is coupled with a 7-speed transmission with manual mode for either the two rear wheels or on all four wheels.

The hybrid model is equipped with a 3.5-litre, V6 engine along with its electric engine.

Cargo Capacity
The trunk provides 422 litres of storage space, a little more than the Acura TL or the Audi A6.

Safety
Along with six airbags, electronic brake force distribution, vehicle dynamic control and a traction control system are a few of the 2013 Infiniti M’s safety features sure to give drivers some peace of mind. 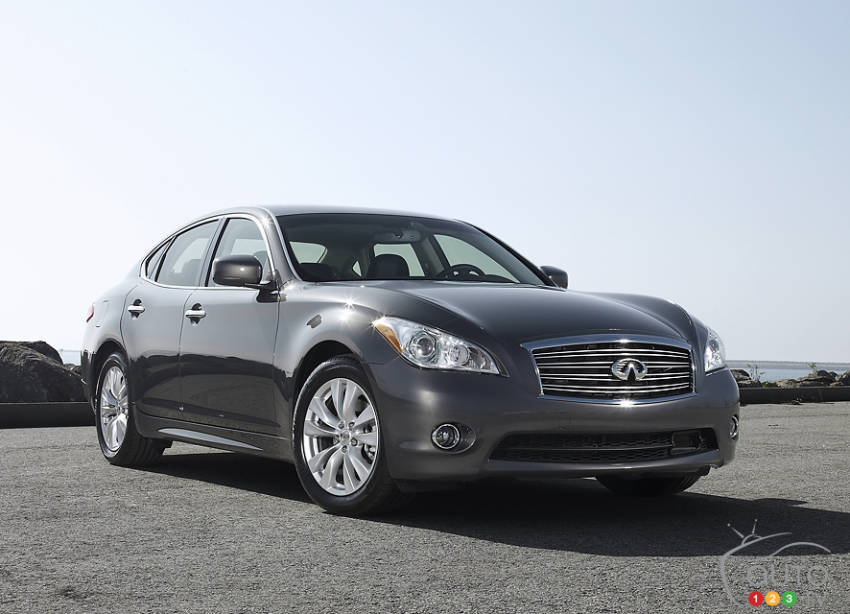 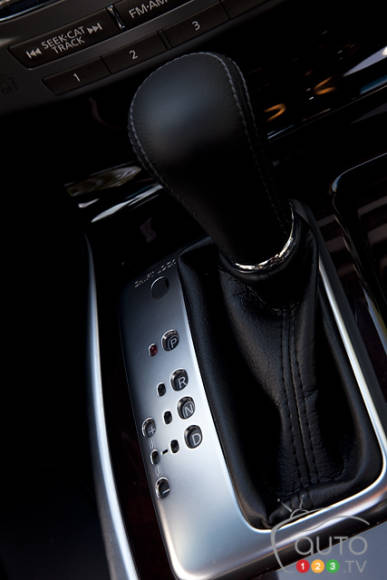 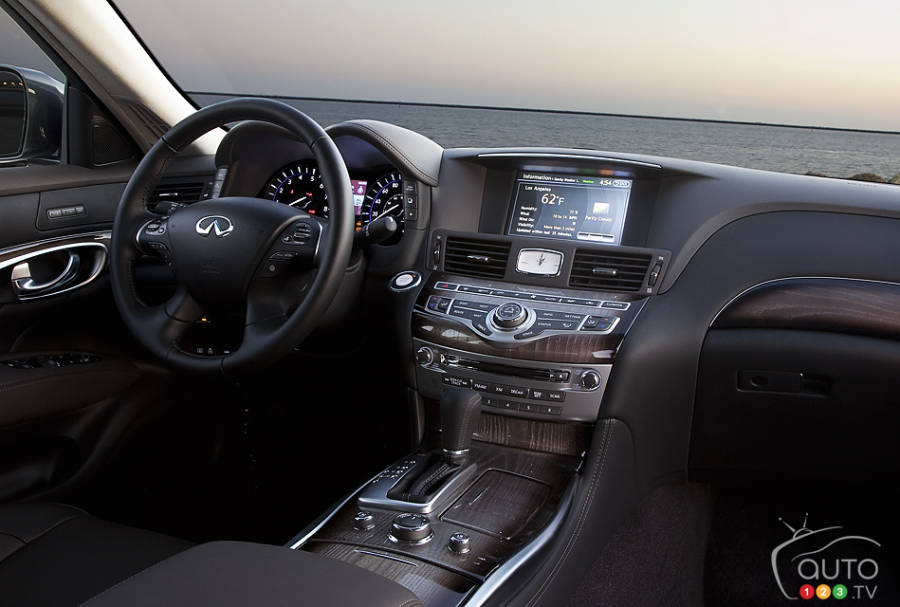 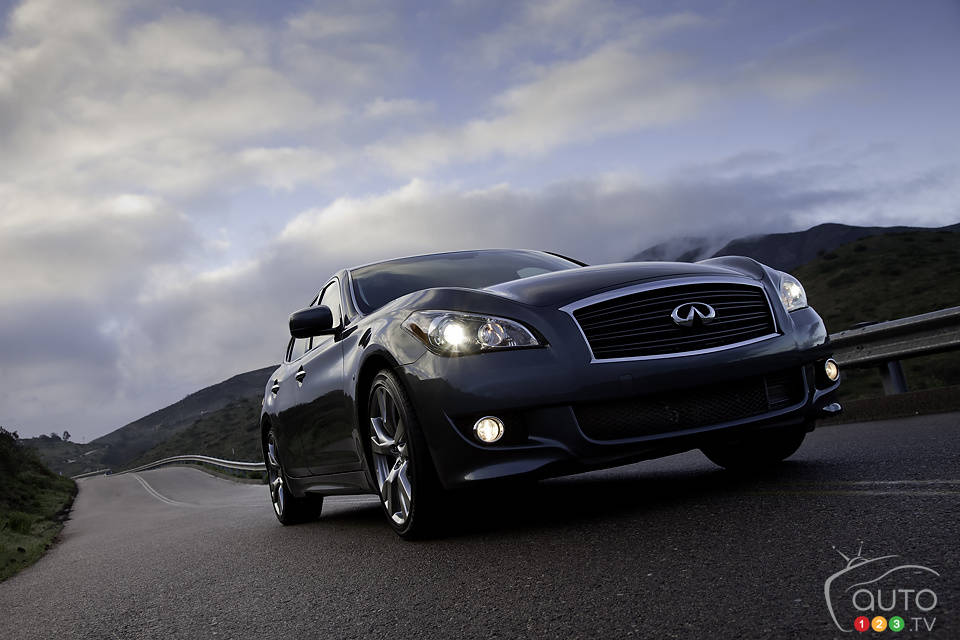 Its rounded contours, fine horizontal-striped grille, foglights and rear spoiler all accentuate its sporty character. This sedan is the most sold model in ou...

With its unique lines, the FX crossover doesn't lack character. The rounded hood, the menacing grille, double curve headlights with and sleek rear end make i...

This monster of an SUV is both luxurious and refined thanks to rounded contours, its numerous chrome accents and let's not forget the 22-inch wheels. Its sle...