The new 2013 Porsche Boxster pushes its desirability factor to a whole new level. Not only does it look better than ever, it delivers unequalled performance, impressive fuel economy and driving pleasure.


LEEDS, Alabama - Convertible cars have historically been compromise cars. Heavier, sloppier, slower and not as fun to drive, I often wondered why someone would expose themselves to the elements and rattles when a perfectly good, better driving coupe was available.

That was until manufacturers began building cars as convertibles as opposed to chopping the top off of fixed-roof coupés and them dumping kilo upon kilo of reinforcement materials to make up for the weakened structure. Nowadays, the egg (which comes first) has no top before it turns into a chicken, with a top.

The meat
Porsche takes it all even further with the new 2013 Boxster, aka the 981. Improvements are numerous but the meat lies in the rear mid-ship section of its renewed, 40% stiffer chassis. The new base Boxster sports a 2.7L flat-6. That is not news, but the 0.2L drop in displacement, 10-hp gain and noticeable 10% improvement in fuel efficiency are.

The more obvious story is the car's new sheetmetal. Visual cues stemming from the highly anticipated 918 Spyder abound. Actually, the new 2013 Boxster is far more than the result of a single source of inspiration.

The Porsche 550 (the number comes from the project number, not its weight in kg), which was the first mid-engined race car, is where it all started. Afterwards, the 718 RSK and RS60, followed by the Carrera 6 and sinfully hot 917 have all found their way on the list of influences. The more recent and blatantly obvious pivotal source of divine guidance is the unequivocal Carrera GT. A quick glance at the large scoops in the doors and you'll be convinced.

The new 2013 Porsche Boxster is sharper, defined and could not be more exotic looking. The cabin is now one with the remainder of the Porsche family, save for the Cayman, but that's only a matter of time before it gets cleaned up.

The central mound of controls puts them within easy reach; the important ones at least, such as the Sport and Sport Plus buttons. Ergonomics are very good but more importantly, the new cabin is the roomiest ever and the driving position is still an example of German perfectionism.


And potatoes
I've noted the arrival of the 265-hp 2.7L flat-6, but did not add that the base Boxster is also marginally faster than the previous one. It'll clock 5.8 seconds in the 0-100 km/h sprint.

Porsche achieved significant weight savings using more aluminum; 47% of the outer shell is now made of the stuff. This and other steps have made the 2013 Porsche Boxster the lightest car in its category. New safety requirements would have increased the weight by 20 kg (44 lb) but instead, the car is now up to 35 kg (77 lb) lighter than the 987.

The Boxster S carries on with the 3.4L flat-6, now producing 315 hp, up by 5. This was the only engine available on test day and so I felt right at home with it, having experienced versions of its potent power in the Boxster Spyder and Cayman R. Suffice it to say that a 0-100 km/h sprint of 5.1 seconds with the 6-speed manual gearbox officially makes this car fast. And at W.O.T., the addictive boxer-six bellows raucously.


The side dishes
There are numerous improvements that have been made on the new 2013 Porsche Boxter, including longer wheelbase, start/stop and electrical system recuperation. There are two other points that are especially important to... well, to point out.

Torque Vectoring. Also known as PTV, it is in Porsche speak "the intelligent interaction for the rear differential lock with braking interventions on selected wheels - an added function of Porsche Stability Management (PSM)." Essentially, this means that the braking system slows the inner wheel down, making the outer wheel "push" the car through a corner.

As I lapped Barber Motorsports Park, an awesome (yes, I used awesome) technical track with numerous elevation changes and hard charging blind corners, I was able to notice a significant difference when instructor David Donohue egged me on to go faster. The more aggressive I was with the throttle, the better and quicker the Boxster would track away from an apex.

The other element is well known: PDK. Porsche's 7-speed Doppelkupplungsgetriebe dual-clutch 'box is nothing short of brilliant. On the track in Sport Plus or out on a country cruise in "D," nothing comes close to this transmission's efficiency and overall performance. Whether in the base or S car, the PDK slices up to 0.3 seconds off sprint times.


Main dish
The 2013 Porsche Boxster is about precision and dynamics. Precision comes from one of Porsche's finest attributes: steering. First introduced on the new 991 Porsche 911, the Boxster's electromechanical power steering looses nothing compared to the old hydraulic system. Feel, communication and responsiveness are all accounted for.

The new lighter-weight construction, 46/54 weight distribution and wider track further push the Boxster's limits to well beyond that of the average owner. Nimble and agile, the Boxster carved through the roads south of Leeds without breaking a sweat, but then again, this is what we've come to expect from any and all Porsche.

On the track, the larger brakes and wider track made all the difference. I was able to push harder and carry more speed through every corner, including number 4 - a blind uphill right-hander - with confidence in the car's grip. I actually held the pedal to the floor through it so coming down towards turn 5 required a massive amount of braking. Never a problem.


The finest dish
The new 2013 Porsche Boxster is another magnificent piece from Stuttgart. With a starting price of $56,500 for the base car, there's no doubt that Porsche will sell plenty. 240,000 Boxsters have been sold since 1996. That number will continue to grow.

The S starts at $69,500 and is well worth it as it is more car, especially for those looking to track their Boxster.

Competitors look like the Mercedes SLK-Class, the Audi TT and to a lesser extent, the Infiniti G convertible.

Of the lot, the tastiest morsel is the Porsche, capable both on road and track. 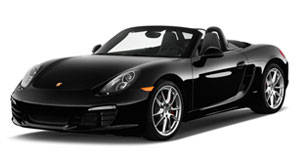 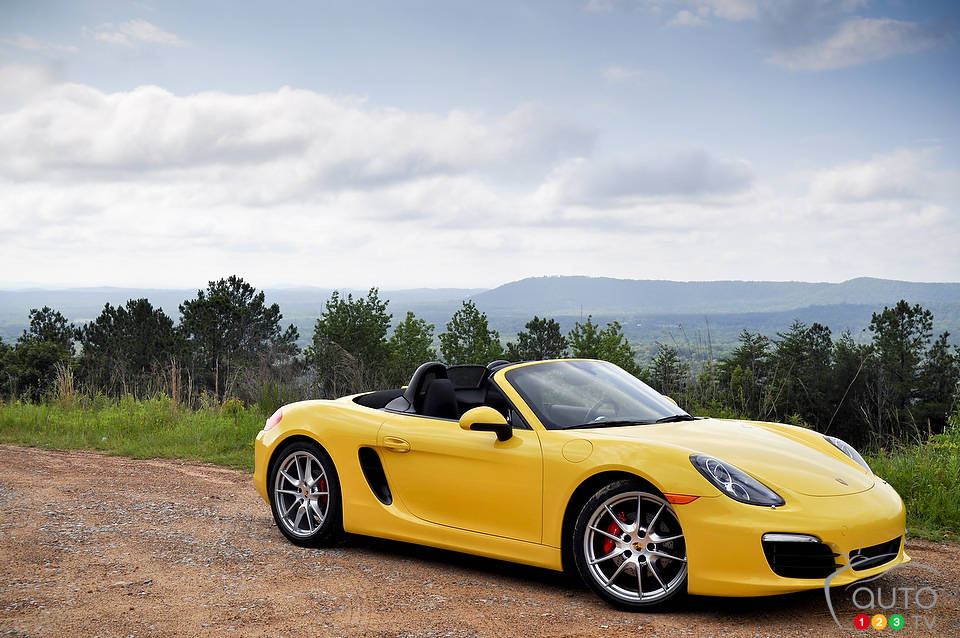 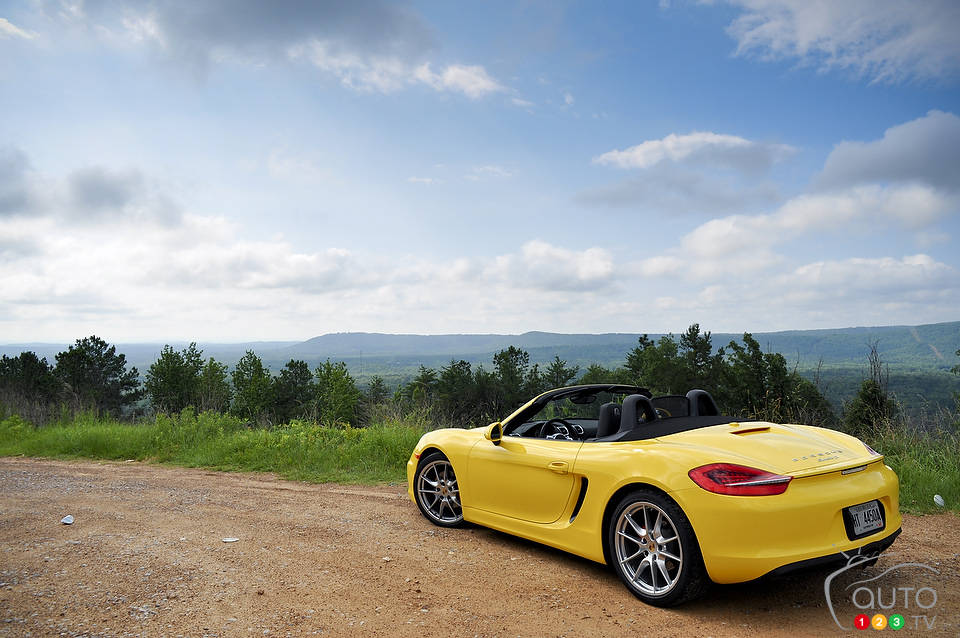 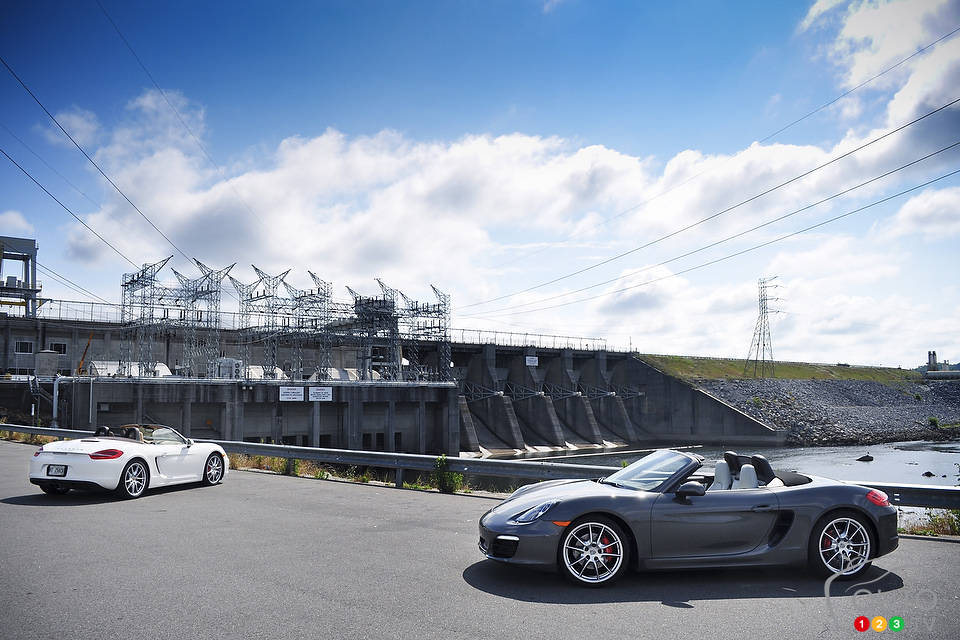 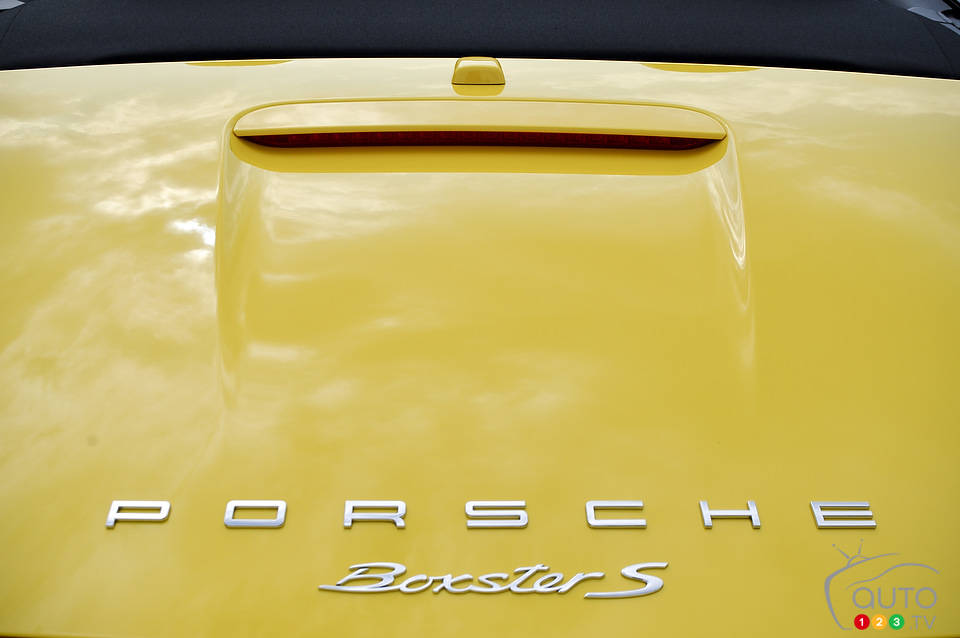 In all honesty, the worst thing this particular convertible has going for it is the fact that it carries the "Beetle" name. Why? Because of the stereotypes t...