Pros: With its extroverted design and a choice of TwinPower Turbo engines, the all-new 2014 BMW X4 is said to combine lifestyle and performance by merging the hallmark features of the successful BMW X family (power and utility) with the sporting elegance of a classic coupe. Variable sport steering, Performance Control, and xDrive all-wheel-drive come standard. It's the ideal vehicle for those who dreamed of either a smaller, more affordable X6 or a sportier-looking X3.

Cons: As is the case with the X6, expect limited rearward visibility, rear-seat headroom, and cargo capacity.


2014 BMW X4 Price: When it goes on sale this summer, buyers will have a choice of two models: xDrive28i and xDrive35i. Pricing has yet to be announced, but a starting MSRP of around $50,000 (or maybe just under) is a good bet.

2014 BMW X4 Fuel Economy: The X4 promises to burn as little as 5.9L/100km on the highway and 8.7L/100km in the city in its most fuel-efficient form (with optional low-rolling resistance tires included). Opt for the larger engine, and these numbers increase to 6.9L and 10.7L/100km, respectively. An ECO PRO mode, auto Start/Stop, a coasting function, and brake energy regeneration are available to improve fuel economy.

Improvements and Changes: The 2014 BMW X4 is an all-new model that introduces the unique “sports activity coupe” concept to the premium midsize segment. It's based on the technical blueprint of the X3, but is 14mm longer and 37mm lower. The driver and front passenger also sit 20mm lower.

2014 BMW X4 Powertrain: The base 2.0L inline 4-cylinder turbocharged engine produces 245 horsepower, while the 3.0L inline 6-cylinder turbocharged engine is rated at 306 horsepower and 295 lb-ft of torque. With the latter, 5.5 seconds are all it takes to sprint from 0-100 km/h. Both are direct injected and mated to an 8-speed automatic transmission with paddle shifters on the sports leather steering wheel. As mentioned earlier, power is sent to all four wheels.

Cargo Capacity: While the sloping roofline limits the size of the cargo area to just 500 litres, you can fold the standard 40/20/40 split rear seat to load more items (up to 1,400 litres).

Comparing the 2014 BMW X4: The X4 opens up a new niche within the premium midsize segment. That said, it will compete for consumer dollars against the likes of the Audi Q5, Infiniti QX50, Range Rover Evoque, Porsche Macan, and Volvo XC60. 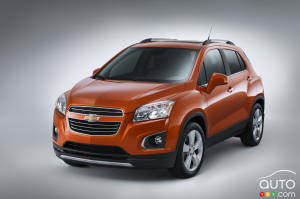 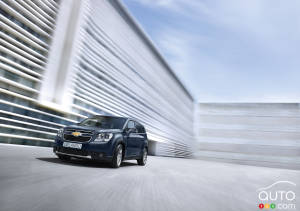