Towards the latter part of 2014 (expect Aug/Sept), the North American Audi world is set to get hotter than the devil’s kitchen with the release of the all-new 2015 Audi S3 sedan. Oh yes, I’ve driven the new S3, and believe me it’s everything Audi fans have yearned for and more!

What is an Audi S3?
The S3 is the sports-performance version of the popular Audi A3 model. The 1st generation S3 saw the light of day way back in 1999 (The 1st Gen A3 was launched in 1996), and was followed in 2003 with the 2nd Gen S3. Sadly, these delightful road rockets were unavailable to us North Americans (Europe & other markets only).

Then in 2005 (2006 MY) our hopes were raised as the A3 managed to hop across the pond, only to be dashed again as the S3 was still noticeably absent from the model list for NA.

However, it appears the land of “big is beautiful” has at last discovered “small is sweet,” and the popularity of its A3 has encouraged the company to finally send its performance version to our shores. So, yes, it may have taken a while for the S3 to arrive but, trust me, it was well worth the wait!

2015 Audi S3 Price and Specs
With advance unveilings, such as the 2015 model I’m referring to now ( since it is only November 2013), I sometimes need to apologize as pricing is often left unmentioned at these presentations. This was not the case with Audi, and although I don’t possess all the details, I can announce that the base figure for the 2015 Audi S3 will fall somewhere around the $44k mark.

North America spec S3 models will feature a 2.0L turbocharged, direct-injected 4-cylinder. Yes, somewhat similar in size to the higher-spec units we’ll be receiving in the A3 sedan, and in the new A3 Cabriolet (which will also be available later in 2014). However, the S3 employs a higher-pressure turbo and a large intercooler, together with special pistons, camshafts, con-rods, crankshaft bearings, exhaust valves, and valve seats. This setup produces around 300 horsepower and 280 lb-ft of torque, which in a vehicle weighing just 1,430kgs supplies an exhilarating 0-100km/hr time of 4.9 seconds. The top speed is governed to 155 mph.

Driving the 2015 Audi S3
On the road, the new 2015 S3 is a delight to drive. It’s tight in all the right places and yet surprisingly comfortable for a vehicle capable of embarrassing most sports models on the road today (including many well above its price range!).

Of course, some will grumble at the lack of a stick shift option (NA models will only be available with the 6-speed S-Tronic box), yet this didn’t cause me any real concern. In fact, given the choice, I would go for the auto-box as, in many ways, it’s better suited to the vehicle. Yes, the 2015 Audi S3 may well boast performance figures approaching supercar status, but it’s equally at home as a park-friendly executive cruiser, so the S-Tronic/paddle shift setup is a good fit.

Inside and Out of the 2015 Audi S3
Audi has a reputation for delivering quality product, and the 2015 Audi S3 is no exception. Attention to detail can be found throughout the vehicle and it’s this which, in my opinion, helps elevate the S3 above and beyond its price point.

Of course, Audi is also somewhat known for not being shy at charging for its option packages, so we’ll be keeping an eye on the pricing of that Magnetic Ride System when we receive the full price schedule later in the year.

Comparing the 2015 Audi S3
In my opinion, the S3 somewhat creates its own category. Obviously, the BMW 1 Series immediately jumps to mind as competition, as perhaps the new Mercedes-Benz CLA does, too. However, as Audi is the unquestionable master of AWD engineering, it’s Quattro which really sets this vehicle apart from the crowd.

Some may view the new 2015 Audi S3 as a tad tame to look at (yes, there are other more aggressively styled sports products available) but, trust me, this is a German wolf cleverly clothed in a lamb’s wool layer. It even comes equipped with launch control and a built-in lap timer! Perhaps that’s why the S3 appeals to me so much. It’s a suited & booted sleeper of the finest order!
2015 Audi S3 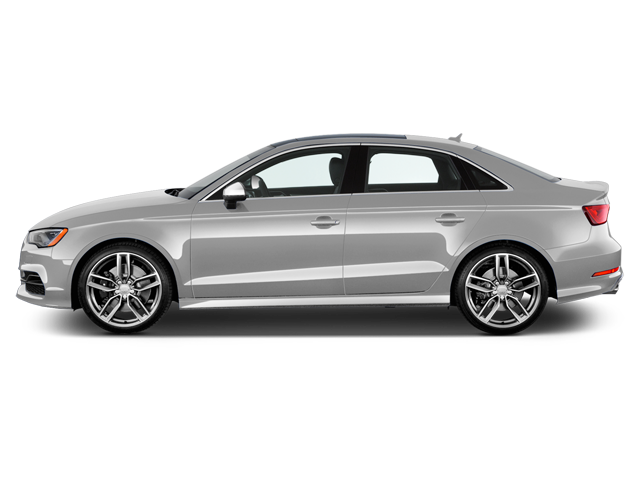 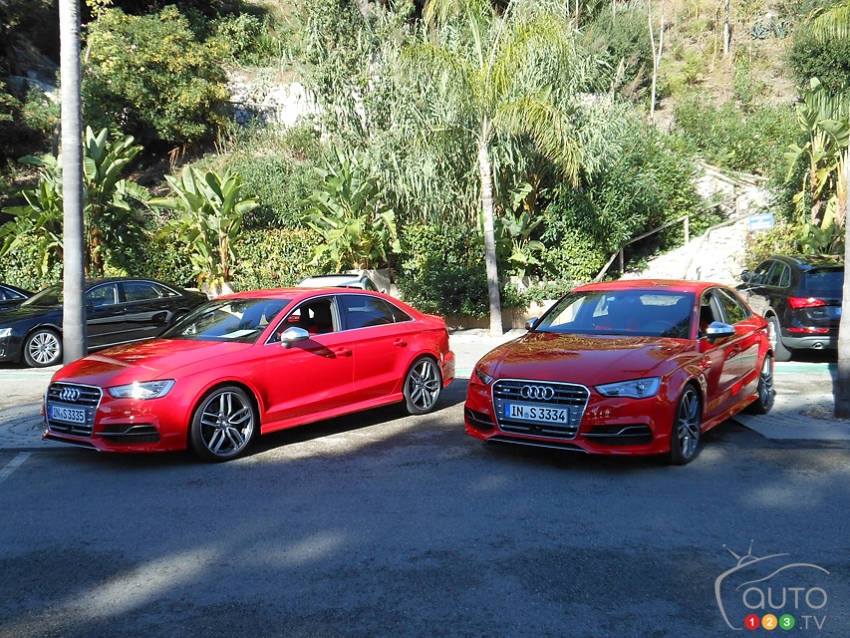 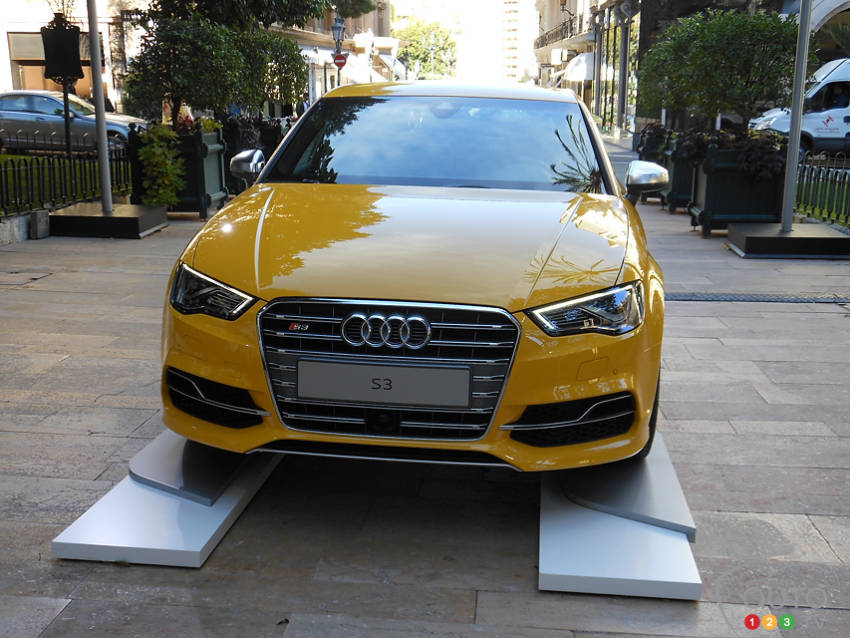 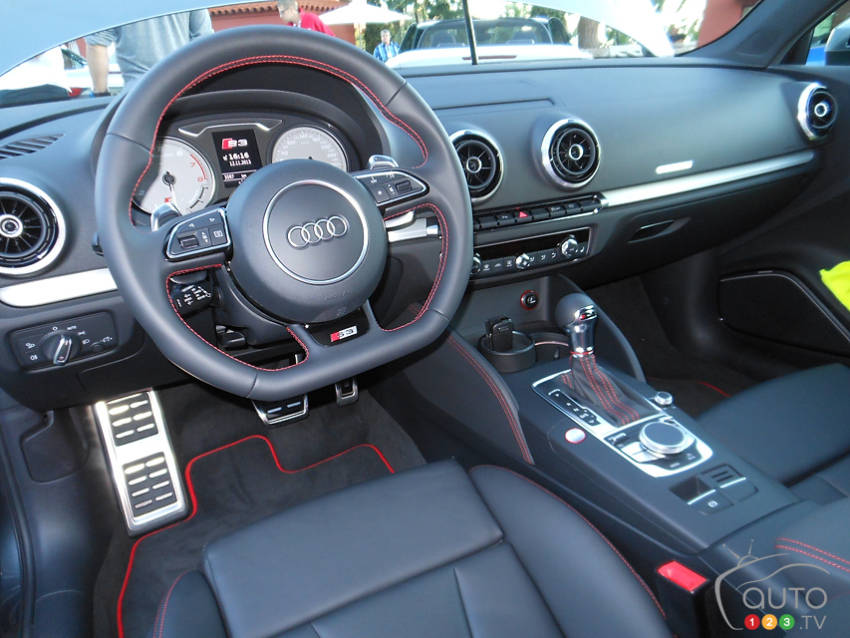 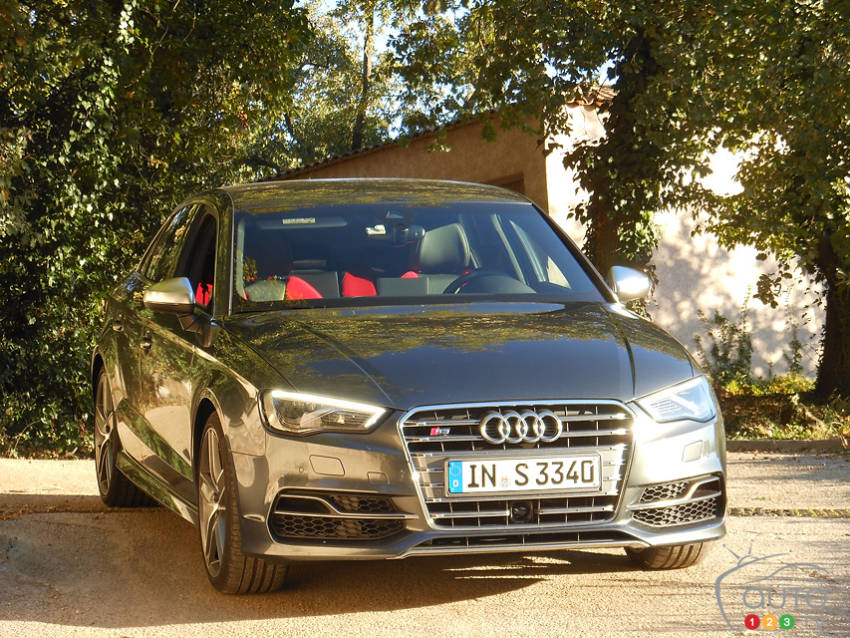 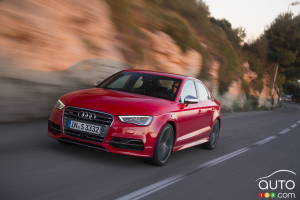 Really, what’s not to like about the S3? All joking aside, the new Audi S3 arrives on the heels of the brand new 2015 Audi A3 sedan that greeted an anxious c...