The 2017 Buick LaCrosse was revealed for the very first time in Canada at the Canadian International Auto Show, about three months after its global debut in Los Angeles. Look for it to arrive in Canadian showrooms early this summer.

Sporting a redesigned front grille with the return of a three-colour Buick tri-shield insignia, the new LaCrosse is 136kg (300 lbs) lighter mainly due to the use of press-hardened, high-strength steels. Riding on 19” or 20” wheels, it combines a new 3.6L V6 with an 8-speed automatic transmission.

Visitors at CIAS in Toronto can also admire the new 2016 Buick Envision, GM’s first Chinese-built vehicle to be sold in North America, as well as the Avenir concept that served as inspiration for the new LaCrosse. 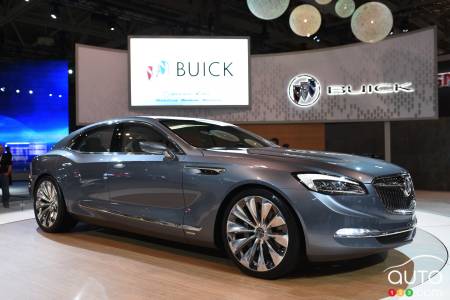 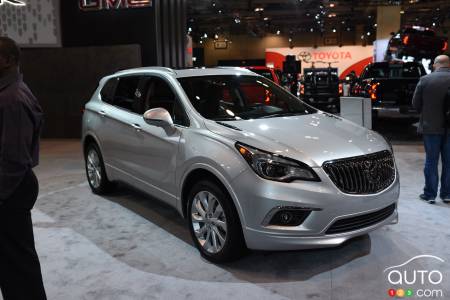 The Buick Avenir Concept made its Canadian debut at the 2016 Montreal Auto Show alongside the Chinese-built Envision crossover, set to go on sale this year.

Buick today introduced the all-new 2017 LaCrosse at the Los Angeles Auto Show. It is based on the sleek Avenir concept that premiered in Detroit earlier this...