Fun fact: Over half of all plug-in vehicles sold in Canada were bought by Quebecers. Given the love shown by consumers towards these cars in La Belle Province, Toyota has decided to offer its new 2017 Toyota Prius Prime as of June 1st exclusively at dealerships in Quebec.

“Plug-in electric vehicle sales were up 60% in Quebec in 2016, more than anywhere else in Canada,” explained Jocelyn Daneau, zone manager for Québec. “Quebecers were the first to embrace these types of cars and demand just keeps growing. So, it was only natural for Toyota to launch the 2017 Prius Prime—our most fuel-efficient hybrid to date—exclusively in Quebec.”

Built on Toyota’s New Global Architecture (TNGA) platform, the Prius Prime integrates an all-new Hybrid Synergy Drive system, which boosts acceleration performance while reducing energy consumption (only 1.8 Le/100 km on a complete charge). According to Natural Resources Canada, this figure makes it the most fuel-efficient vehicle in the country, even when factoring in the battery-electric models. Its combined range is upwards of 1,035 km, 40 of those in all-electric mode.

Take a moment to revisit our review of the 2017 Toyota Prius Prime. 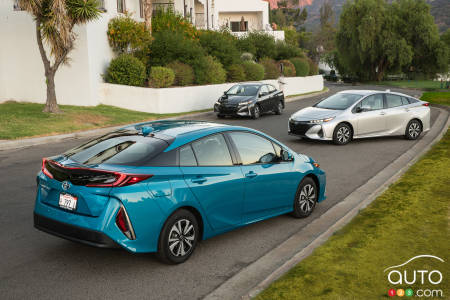 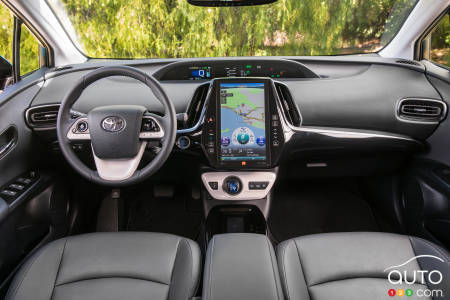 The 2017 Canadian Green Car and Utility Vehicle of the Ye...

Charging your Toyota Prius Prime starts with the Solar Ro...

Today’s plug-in hybrid cars, such as the new Prius Prime, are highly sophisticated in terms of their technologies. Toyota shows us in this new video how its ...

Toyota will present a number of Canadian premieres and one North America debut this year in Montreal. Find out which ones!