We recently took a look at the safest 2019 models available on the market, as rated so far by the Insurance Institute for Highway Safety (IIHS) via its stringent series of crash tests. But the American organization also continues to test 2018 model-year vehicles. It has announced that it is giving two 2018 Nissan models second-best marks.

Both models earned Good marks in the IIHS’ crash tests. The base model of the Kicks crossover earned a best-possible Superior rating for front crash prevention. The Sentra, for its part, earned the same distinction when equipped with certain optional equipment.

The two Nissan models fared worst in headlight performance, with the base models earning Poor ratings and some trims raising that to Acceptable.

The safest brand?
The results mean that Nissan now counts five models carrying either the Top Safety Pick or Top Safety Pick + badge in 2018. In comparison, Kia has nine models so designated, Hyundai and Toyota eight each, Honda seven, Mazda five, and BMW and Acura four each. 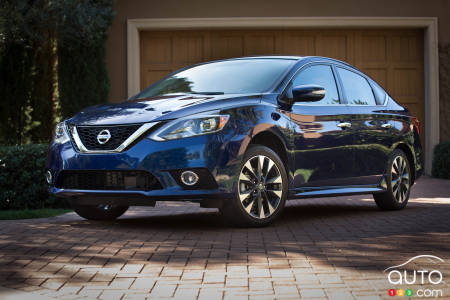 Genesis GV80 Gets Top Rating From IIHS in Collision Testing

The Genesis GV80, the SUV Tiger Woods was driving the day he was involved in a serious accident, has just shown again how safe it is. The model earned the hi...

IIHS to Toughen Criteria for Top Safety Picks Tests in 2020

The IIHS (Insurance Institute for Highway Safety) plans to introduce tougher standards when evaluating vehicles to determine if they merit the Top Safety Pic...