Mazda has announced improvements and a mild price boost for the 2019 edition of its flagship SUV, the CX-9.

Technologically, the CX-9 will be the latest model in the Mazda lineup to finally get Apple CarPlay and Android Auto compatibility. Unfortunately this won’t be offered standard on all of the SUV’s variants. For precise details we’ll have to wait until the announcements are made regarding the Canadian editions; the info we have here applies to the American versions.

That said, we can expect that most of the changes announced this week will apply on both sides of the border, even if the trim designations themselves may differ.

In the upper-range versions of the 2019 CX-9, that is starting with the GT trim (called the Grand Touring in the U.S.) , drivers will benefit from a new 7-inch info screen already featured in the Mazda6. This trim and above also get ventilated front seats as well as a 360-degree camera.

On the Signature version, which will be available in both Canada and the U.S., Mazda has added new badging on the chassis, as well as new LED accents at headlight level. Also new is an auburn motif for the Nappa leather as well as a few other interior accents.

As for pricing, we’ll have to sit tight until Mazda Canada makes its own announcement regarding the versions that will show up at Canadian dealerships. But going by the just-released American prices, we can deduce a few things: down south, the 2018 CX-9 FWD base trim sold starting at $32,130; its new price is $32,280. For the AWD Signature edition, the 2018 starting price was $44,315, while the 2019 will go for $45,365. 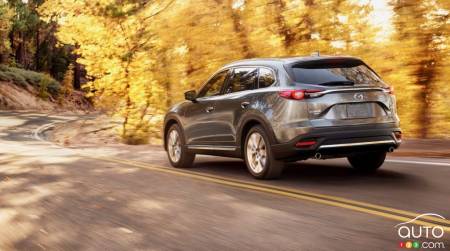 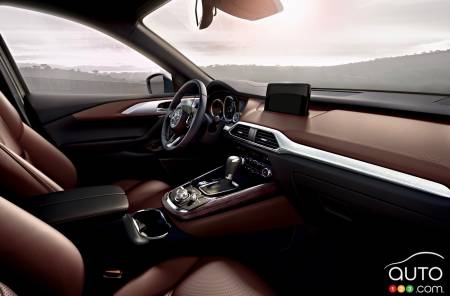 Tweaked and refined, the Mazda CX-9 will be available as of September and carry a starting price of $36,700. Mazda Canada has announced details and pricing f...

For 2019 the Mazda CX-5 is being made available in a new top-end edition, which gets the long-awaited bigger engine the model has desperately needed for the ...