Nissan officially unveiled its new 2019 Maxima sedan at the recent Los Angeles Auto Show. We received confirmation then that the Canadian edition would largely mirror its American counterpart. We now have full details for the pricing and the different trims to be offered in our market.

Esthetic updates include a redesigned front grille and cowl. The front fascia now incorporates LED lights as standard equipment. In back, the middle part of the back end has been retouched as well, as have the rear lights; four exhaust tips have been added also – two per side. The SR version of the 2019 Maxima gets a spoiler as well. 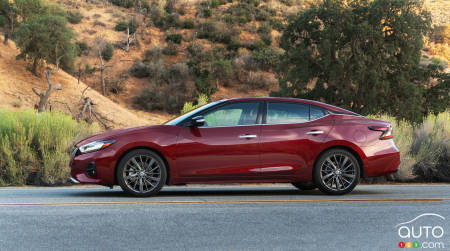 Also notable is the inclusion of a new feature that is gradually spreading throughout the industry, which alerts the driver of the possible presence of a passenger in a rear seat when the engine is turned off. 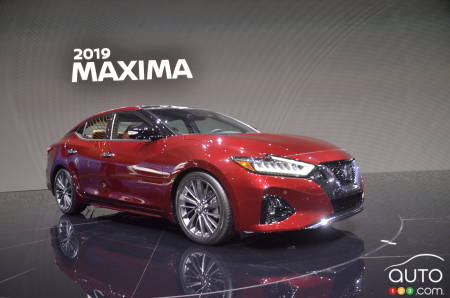 Transport fees come to $1,795, and whenever we report on these we can’t help but point out yet again how Canadian consumers are getting hammered with this extra charge.

All the Maxima versions are powered by Nissan’s 3.5L V6, which delivers 300 hp working in conjunction with a CVT.

Nissan will be delivering the first 2019 Maximas to Canadian dealerships next January. 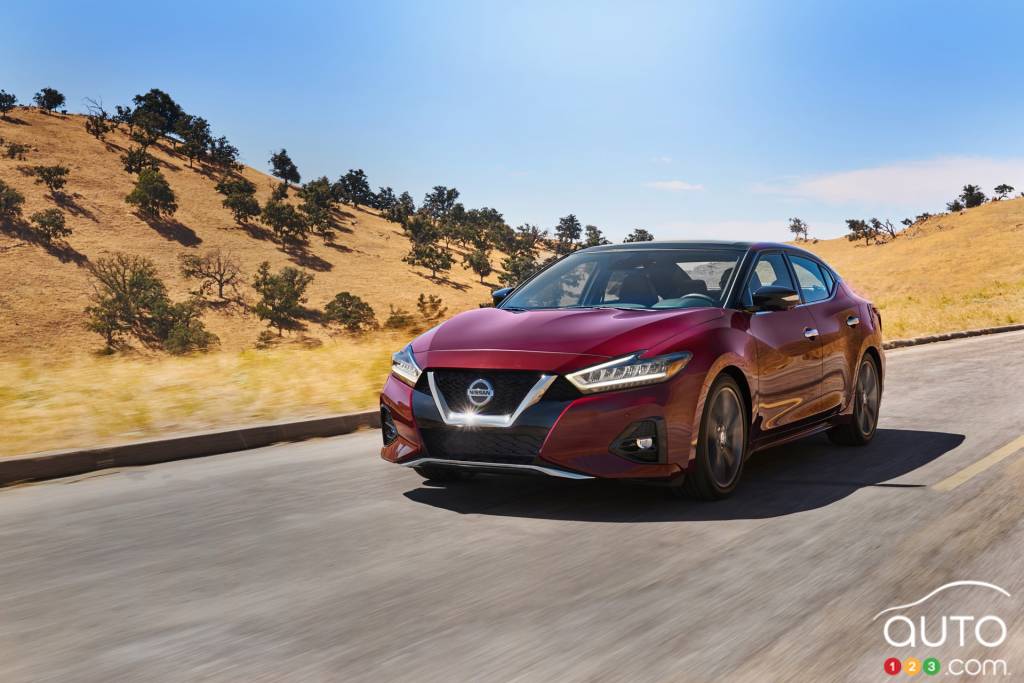 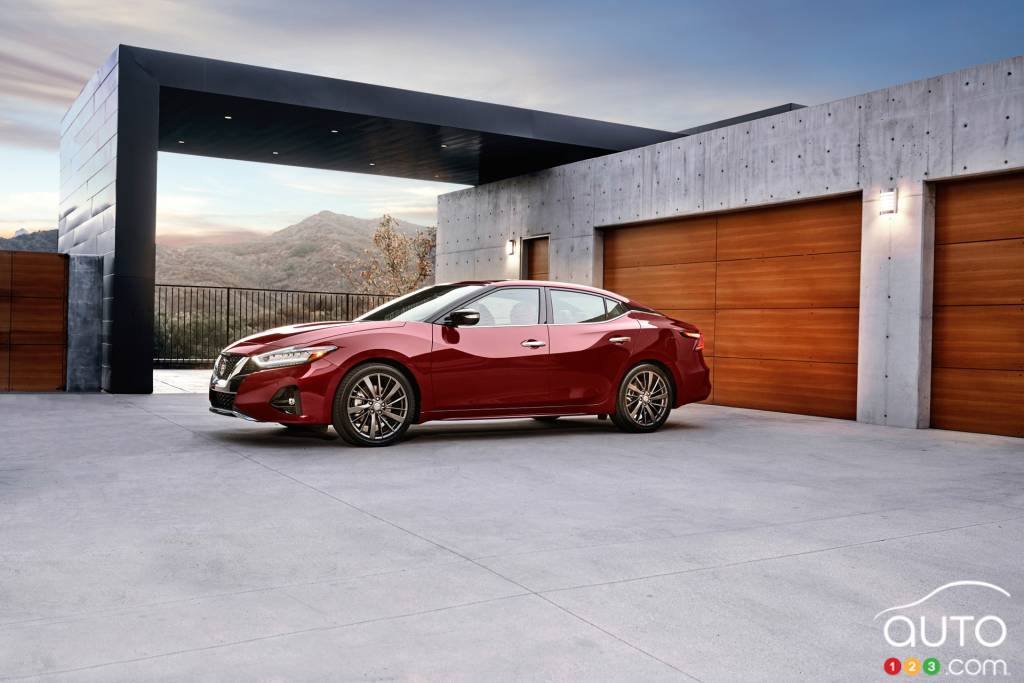 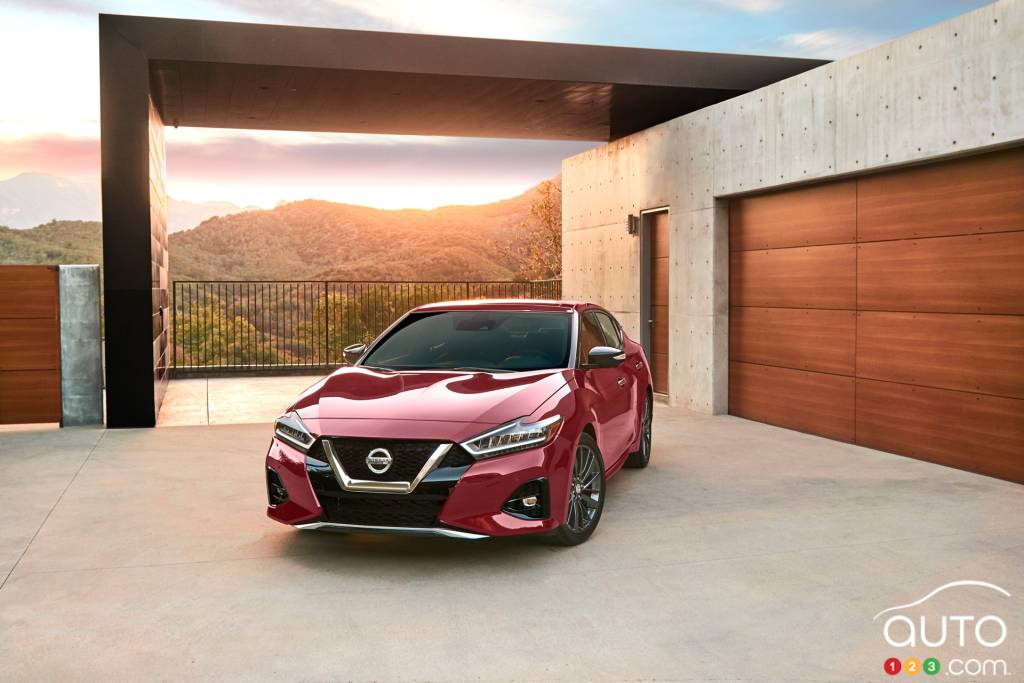 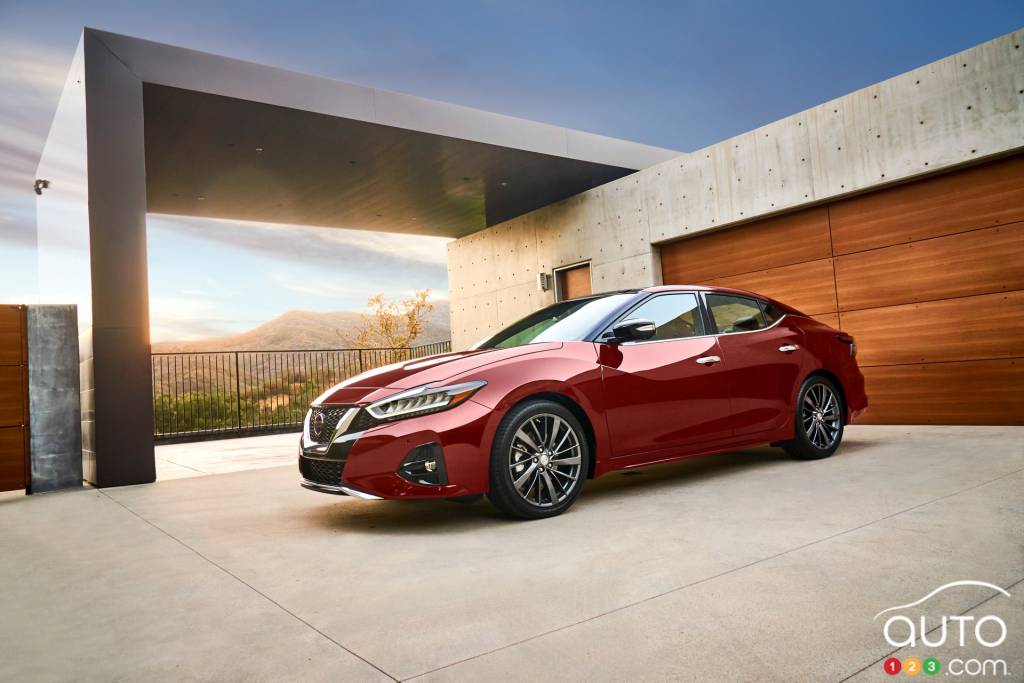 Nissan brought its updated new 2019 Nissan Maxima sedan to the 2018 Los Angeles Auto Show this week for an official show and tell. The 8th-generation Maxima,...

The 2019 Nissan Maxima will get its world premiere at the Los Angeles Auto Show in late November. Nissan confirms the new edition will get a refreshed look a...