We’ve seen the prototype version of the incredibly cute new Honda EV, the subcompact-sized Honda e, and now we get the production version. Honda has released some images for the Europe-only EV ahead of its official debut at the Frankfurt auto show next week.

Honda’s new images show a car that is virtually identical to the prototype we’ve already met. The company also shared new details regarding its functioning.

We remind you, before you get too excited at the prospect of pinching the cheeks of this too-cute-for-words little car, that we won’t be seeing the Honda e on the North American market. A missed opportunity for the Japanese automaker, we say… 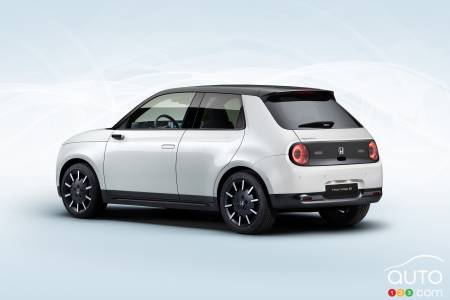 An urban EV
The Honda e was conceived from the outset as an electric vehicle; it is also designed principally as a city car. Which means it’s not really a direct rival of the Chevrolet Bolt, for example, rather it’s more of a niche product in the mold of the Smart electric car. Still, the battery that makes it go has a capacity of 25 kWh, which translates into a range of 136 miles or 219 km.

That battery powers an electric motor that in turn makes the rear wheels turn. And the Honda e is more than just a pretty face, it also promises to deliver a positive driving experience. The model will be available in two versions: a 134-hp model and a 151-hp variant. 0-100 km/h acceleration time is given as 8 seconds. 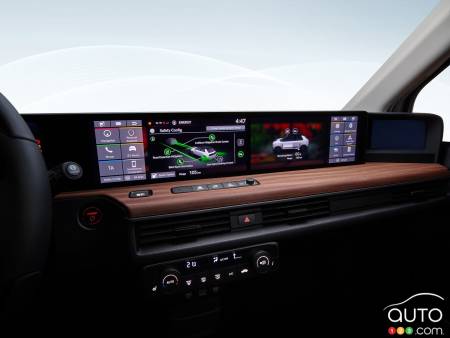 The interior
Inside, the changes in relation to the concept first presented this past May are more substantial, but the approach is just as technologically advanced. The dashboard, for example, features two 12.3-inch touchscreens, and a voice-command system is front and centre. As with Mercedes-Benz’ system, it suffices to start commands with “OK, Honda…”.

The new Honda e can now be ordered online by consumers in the United Kingdom, Germany, France and Norway. Honda is currently gauging interest in other European markets as well.

As mentioned, for the moment there are no plans to bring the EV to North America. 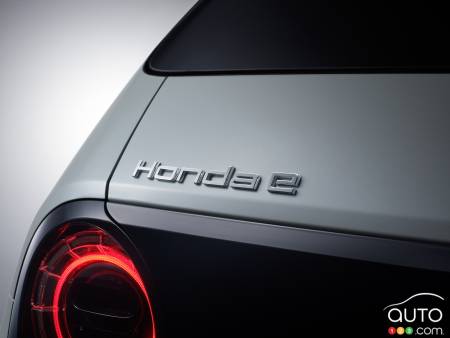 Auto123 took the wheel of the new Porsche Taycan for a Toronto-Ottawa round trip. The exercise allowed us to confirm that the brand’s DNA has been properly c...

The 2020 Chevrolet Bolt offers what every EV enthusiast is looking for: long range at a realistic price. But now we need to talk about the finish and comfort...