The 2021 edition of the Volkswagen Atlas made its debut last week at the Chicago Auto Show. Aesthetically, it adopts the styling signature we’ve already seen with smaller sibling the Atlas Cross Sport. The model has also grown in size bigger.

Volkswagen confirmed that its full-size SUV is now three inches longer thanks to larger bumpers, and also offers more room inside. The Atlas benefits as well from an 8-inch touchscreen for the multimedia system on all models except the base model, as well as a new steering wheel. 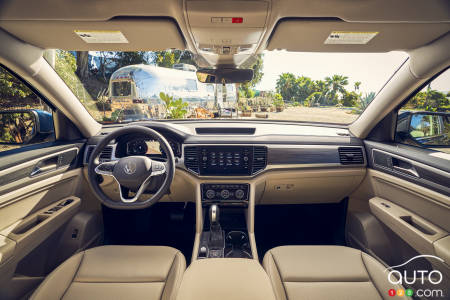 As with last year's proposal, the 2021 Atlas can be fitted with a 4-cylinder turbocharged engine or a V6, both of which are mated to an 8-speed automatic transmission. The basic configuration remains front-wheel drive and four-wheel drive is available. The 4-cylinder engine produces 235 hp while the 3.6-litre V6 delivers 276 hp. The SUV can tow up to 5,000 lb, largely enough for pulling boats, RVs or small trailers. 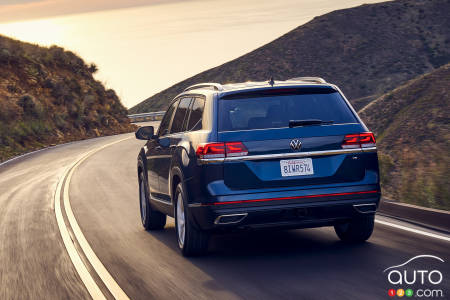 Volkswagen didn't specify if there are any changes with the American trim levels (S, SE, SEL and SEL Platinum), which probably means the return of the variants known here in Canada as Trendline, Comfortline, Highline and Execline. However, there is the noteworthy addition of an R-Line appearance package, which brings unique exterior details and a wheel size that can be either 20- or 21-inch.

Inside, Apple CarPlay and Android Auto compatibility is present, as is a WiFi system. The Atlas also serves up a host of active safety features such as automatic emergency braking and blind spot warning. Adaptive Cruise Control, Active Lane Departure Control and a panoramic camera system are also available. Volkswagen says that for the first time it will offer a driver assistance function that can help guide the vehicle over short distances in heavy traffic. 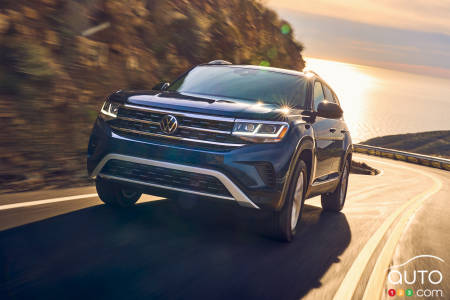 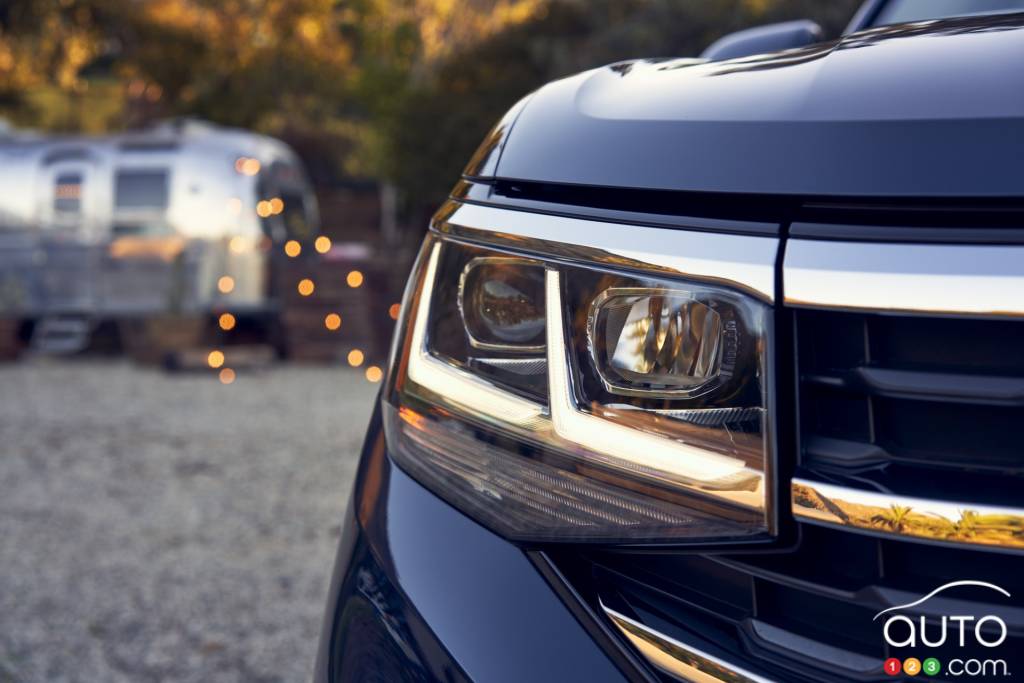 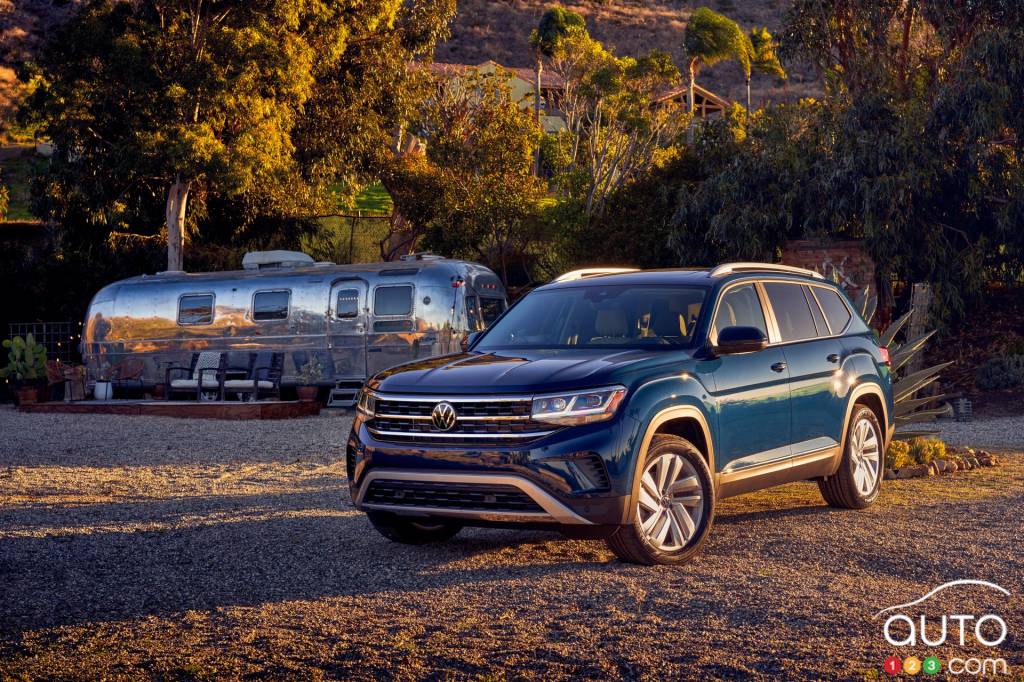 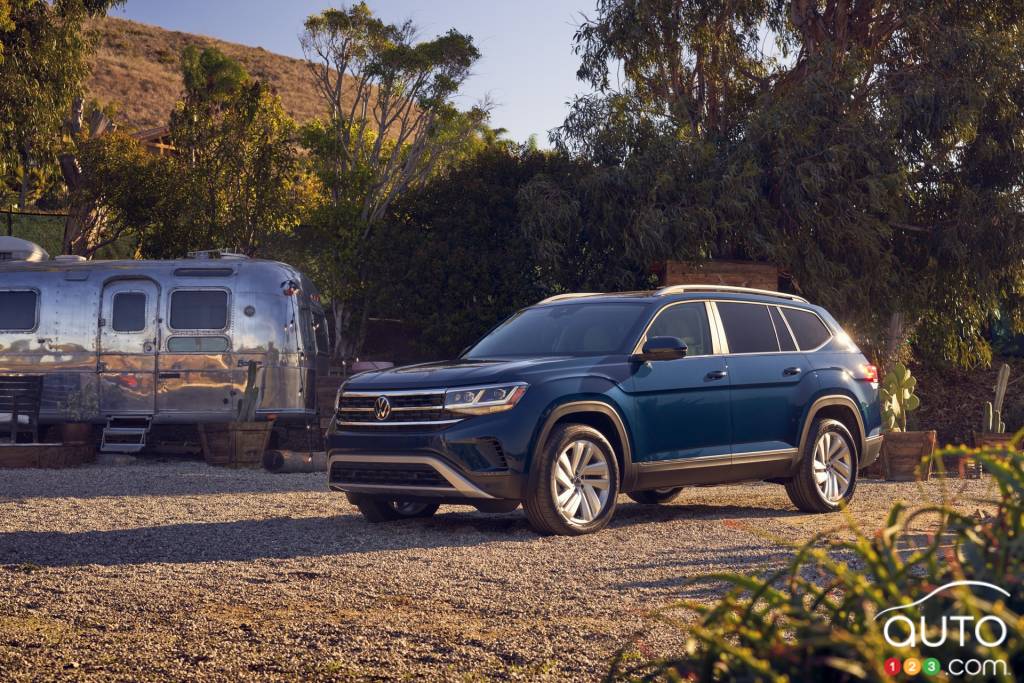 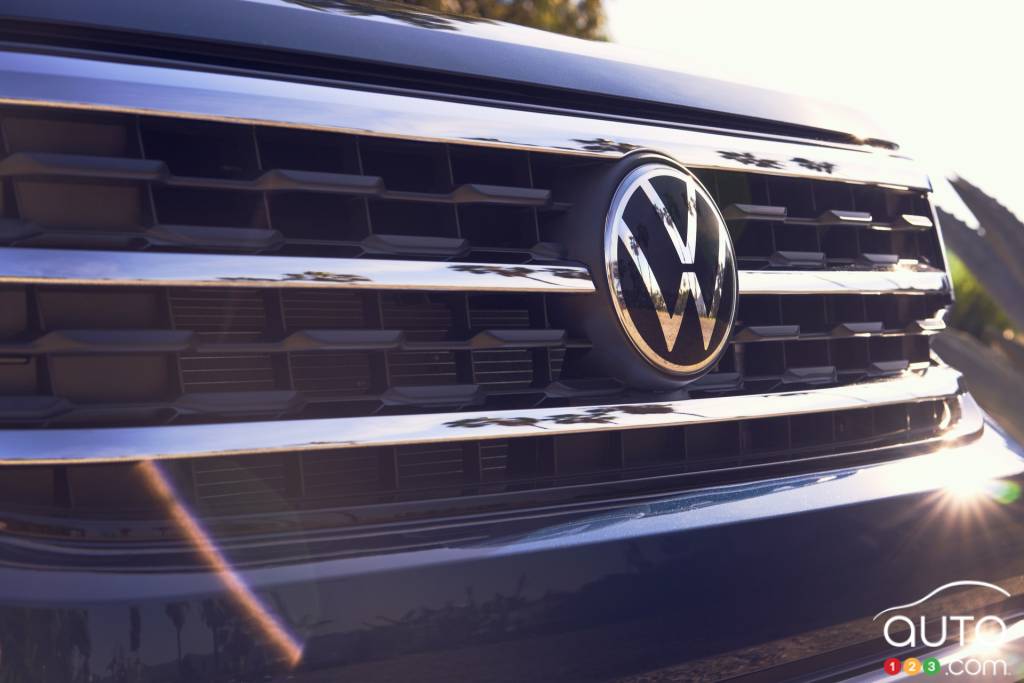