•    Toyota will be unveiling the revised 2023 Toyota Prius at the Los Angeles Auto Show next week.

•    The company has not made this official, but two images shown on it Japanese automaker all but confirm it.

•    November 16 is the big day for the fifth generation of the hybrid model.

It’s easy to forget, among the flotillas of new electrified models that have invaded the automotive waters in recent years, that some of the early pioneers of electrified mobility are still with us. Think of Nissan’s LEAF, for example. Or Toyota’s Prius, the first dedicated hybrid model to attain mass market popularity.

Toyota is about to present the fifth generation of the model, and though it has yet to officially announce it, some new teaser images found on the automaker’s Japanese website all but do that. The next-generation 2023 Toyota Prius will be presented during the upcoming Los Angeles Auto Show. November 16 is the big day. 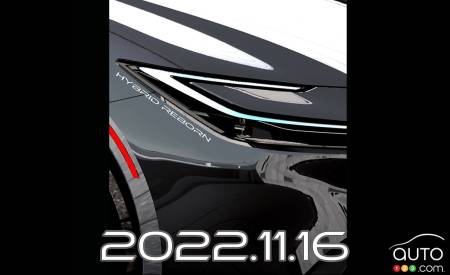 Those images tout the model coming to LA as the Hybrid Reborn, which is pretty clear. The shape seen on one of the teaser images looks just about right for the Prius as well.

For the moment, Toyota has confirmed nothing and thus provided no details on the looks and capabilities of the next Prius. Nothing is impossible in this case, including the inclusion of either a straight-hybrid or a plug-in hybrid powertrain. There is even speculation the model could see its engine powered by hydrogen at some point.

Auto123 will be on hand to cover the unveiling of the mystery model at the Los Angeles Auto Show on November 16. Stay tuned.

Yesterday, Toyota presented the redesigned 2023 Prius on the sidelines of the 2022 Los Angeles Auto Show. Auto123 has the details.

The all-new 2013 Toyota RAV4 will make its world debut during a press conference at 9 am (PST) on Wednesday, November 28th at the Toyota stand in the South H...