Car sales may be tanking in the last year or two, and SUVs may be rampaging across the automotive landscape. But the automobile as we know it is far from dead. We might see fewer of them on the road in the near-future, but several manufacturers have renewed their faith in the format.

The latest example is GM’s luxury division Cadillac, now based in New York.

The automaker has seen its car models like the ATS and the CTS suffer through difficult times in recent years, but it remains optimistic about the future of the automobile. To wit, it has just announced that it will invest $175 million USD to upgrade its Grand River plant in Lansing, Michigan.

The influx of money will go to installing and upgrading the equipment needed to assemble its next generation of sedans. It comes in addition to the $211 million Cadillac has already invested to expand the body shop at the plant.

Regarding the two future models, some details are starting to trickle out. The CT4 and CT5, as they are to be called, will replace the current ATS, CTS and XTS cars. Cadillac will build them on one shared platform to save money and effort during the conception phase. Esthetically, we can expect to cars bearing the same design signature as the recently introduced Escala concept. 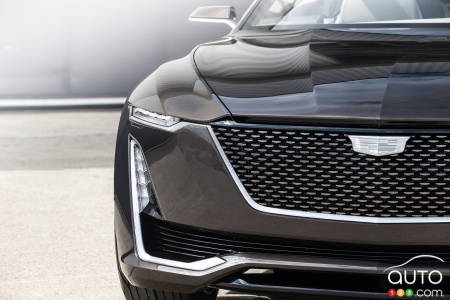 Production of the CT5 should get underway in 2019, which might mean an early presentation at an upcoming 2018 auto show (or other event, as per the current trend). The CT4, for its part, should follow soon after.

Without a doubt the Cadillac portfolio is in full mutation, on both sides of the car/SUV divide. We’ll then have to see how consumers respond to all these new products. As befits the Cadillac name, the new models are likely to offer a high level of quality – but is quality alone enough to guarantee success?

Cadillac ATS in 2019: the Sedan Goes, the Coupe Stays

The pending arrival of the XT4 SUV has led Cadillac to rejig its production schedule and facilities, and the first victim of the changes is the ATS sedan, wh...

Safer and More Connected in your Cadillac

The latest addition to the impressive range of active and passive safety features from Cadillac is a Vehicle-to-Vehicle (V2V) communication technology, desig...