The frenetic pace of teasers, reveals and announcements ahead of the 2018 New York International Auto Show continues: Cadillac has just surprised many an industry watcher with the announcement that it will premiere a V-Sport edition of the 2019 Cadillac CT6, the brand’s flagship sedan.

The CT6, introduced in 2015 for the 2016 model-year, is in some ways a Fleetwood for modern times for the luxury automaker. To be sure, its level of premium refinement is the equal of any of its rivals.

Now Cadillac has decided to equip its luxury sedan with the chops to compete on the performance front as well. The CT6 V-Sport will run on a 4.2L twin-turbo V8 generating 550 hp and maximum torque of 627 lb-ft.

The configuration for this engine is slightly different, placing the turbo module on the bloc, in the U-shaped section located between the heads. According to Cadillac, this approach reduces response lag by the turbocharger all while allowing for a more compact and efficient engine.

Cadillac says this CT6 V-Sport is to be the first in a series of new performance-focused models that will be introduced in the coming months and years. Design-wise, it bears the new design signature as incarnated by the company’s Escala concept, itself headed for production by 2021. 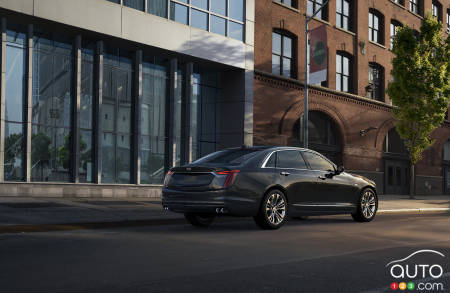 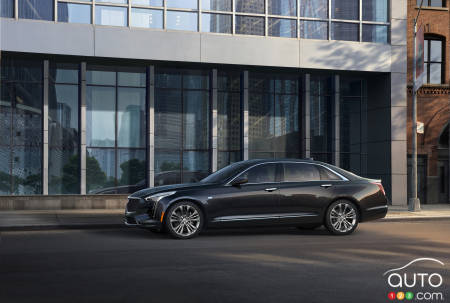 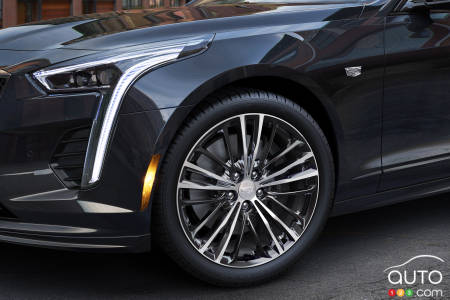 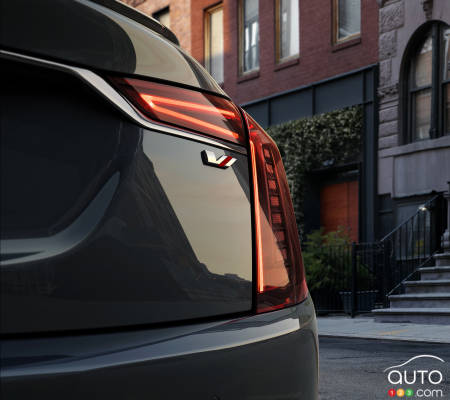 Images of the camouflaged 2019 Cadillac CT6 V-Sport on Ro...

Our Auto123.com contributor encountered a camouflaged 2019 Cadillac CT6 V-Sport on the legendary Route 66 in Arizona, and slipped us some images. Talk about ...