Long a brand known for the highly cushioned driving experience offered by its cars, Cadillac decided, sometime around the turn of the new century, to modify a recipe whose appeal was increasingly restricted to an older demographic.

Over the years, the word “sport” began filtering its way into discussions of the make, as Cadillac set out to challenge the German, Japanese and even British car-making heavyweights.  But where did that leave the company’s traditional customer, the one who preferred the comfort of a living room on wheels?

Those consumers still exist, as witnessed by the popularity of the mid-size car segment, but Cadillac has struggled to retain their loyalty since the year 2000 and the implementation of its new strategy.

Can the new 2016 CT6 sedan reverse the trend, by forcing the XTS sedan into retirement? It’s a good question, even though the majority of consumers likely have little idea of the technical evolution that has taken place between the XTS and its successor.

A change of platform
Particularly notable is Cadillac’s decision to replace the Epsilon II platform developed for front-wheel-drive vehicles with one called Omega, a platform conceived to underpin vehicles with rear-wheel drive. The base models of the CT6 thus come with rear-wheel drive, although the model provided for our road test was equipped with the all-wheel-drive option.

While one could easily take this Cadillac CT6 model for a CTS, or more specifically an elongated version of it, the new car is noteworthy for much more than just a frame lightened by the use of aluminum and four-wheel-drive capability. Decked with the optional active chassis package that includes active rear steering, magnetic ride-control suspension and 20-inch aluminum alloy wheels, the CT6 has no complexes in relation to its competitors when it comes to hugging the road and smoothing out its bumps.

Add to this long list of cutting-edge innovations the industry’s first inclusion of a rear-view camera in the rear-view mirror – a feature that’s sure to impress even the most blasé car nut in your life – as well as an intelligent speed regulator with active Lane Keep Assist, collision avoidance and improved night vision technologies, and much more, and you’ve got your hands on a standard-setting sedan that compares favourably with the best cars in its class.

An interior worthy of the Cadillac name
While it’s true that the American carmaker has steadily upgraded its image over the years, it’s only very recently that overall quality inside its cars has attained a more-than-respectable level. The materials used are of evident quality – the leather is supple, the rubber strips are thick, the plastic components are without fault, the wood is real – while the quality of assemblage is first-rate.

What’s more, in contrast with the ATS lineup for example, the CT6 offers a more stylish and simplified dashboard, with the uncountable number of touch buttons replaced by functions in the 10.2-inch screen that also controls the infotainment system. The GM system, it must be added, remains one of the most eye-pleasing and user-friendly in the industry.

Cadillac is also introducing a touchpad (not far from the massive speed shift lever), which I must admit is easier to use than the one offered by Lexus. I particularly like that you can enlarge the navigation system map with two fingers, smartphone–style. Overall space is more than ample, not just upfront but also for those lucky passengers riding business-class in the back row. Take note though that the transmission tunnel is impressively large, which may displease the middle occupant.

Legroom seems to have been designed for Chinese consumers who appreciate this amenity. The central console which can fold back (when there are only two passengers) serves not only as an armrest but for storage of small objects and of the remote control used for the retractable screens installed in the backs of the front seats. This option will, however, set you back another $2,795. You can also make watching an action film in-car that much more heart-pounding by going for the Bose Panaray audio system (an additional $4,255), which includes no fewer than 34 speakers. I can confirm that with this system installed your CT6 becomes a veritable home theater!

It is somewhat disappointing that the ventilated front seats and heated back seats are available only with the Comfort package ($995); in my opinion this should be really be offered as standard equipment. It won’t be the first time that a prestige automaker finds a way to collect a little more lunch money from its customers.

One think is beyond dispute in regards to this new sedan: The silence that reigns in it while on the highway is truly exceptional. You know this is so when the loudest sound you hear is the tires rolling over the asphalt.

At the wheel
By this point it will be clear to you that most of what’s really impressive about the CT6 lies in its interior. But when you put aside all the bling this flagship vessel holds, you remember that the big American sedan still needs to be driven, by a human being – likely one whose preference is for an ambulant cocoon for those long sojourns on the highway.

The magnetic suspension goes a long way to smoothing out our dilapidated roads, and the car weds surprising road-handling finesse for a car of this size with a comfort level that you would expect from a luxury sedan. If only the steering was as impressive; alas, it was not as responsive as I had anticipated. Even the presence of Sport mode does little to rectify that shortcoming.

To many of its owners that won’t matter a whit: With its V6 engine that is more progressive than it is explosive, the CT6 is tailor-made for floating over our road network. This grand dame can make do just fine without the sharpness of the CTS-V, for example. Its 8-speed automatic transmission does its job by making you largely forget about it, while giving you the option of adding the occasional jolt of sporty excitement thanks to paddle shifters on the back of the steering wheel. Still, the fact is this CT6 Premium’s mission is not to beat any land-speed records but to transport its occupants in high-level comfort.

Final word
With a retail price of $89,475 (not including $1,950 transportation fees), this grand automobile confirms that our American neighbors still have the expertise to develop a sedan ideal for eating up the kilometers. The CT6 is made to measure for this usage, particularly with this powertrain set-up. I would wager that the V6 twin-turbo is assuredly more dynamic! 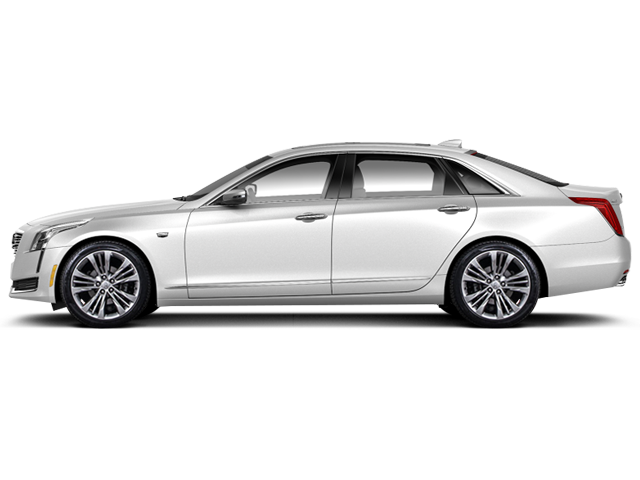 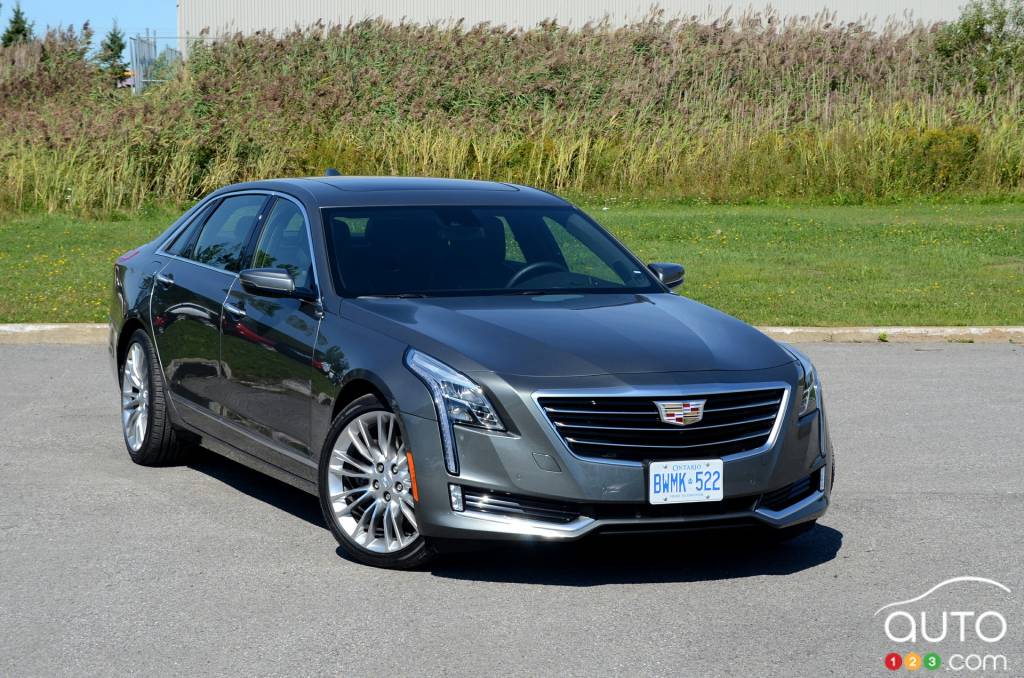 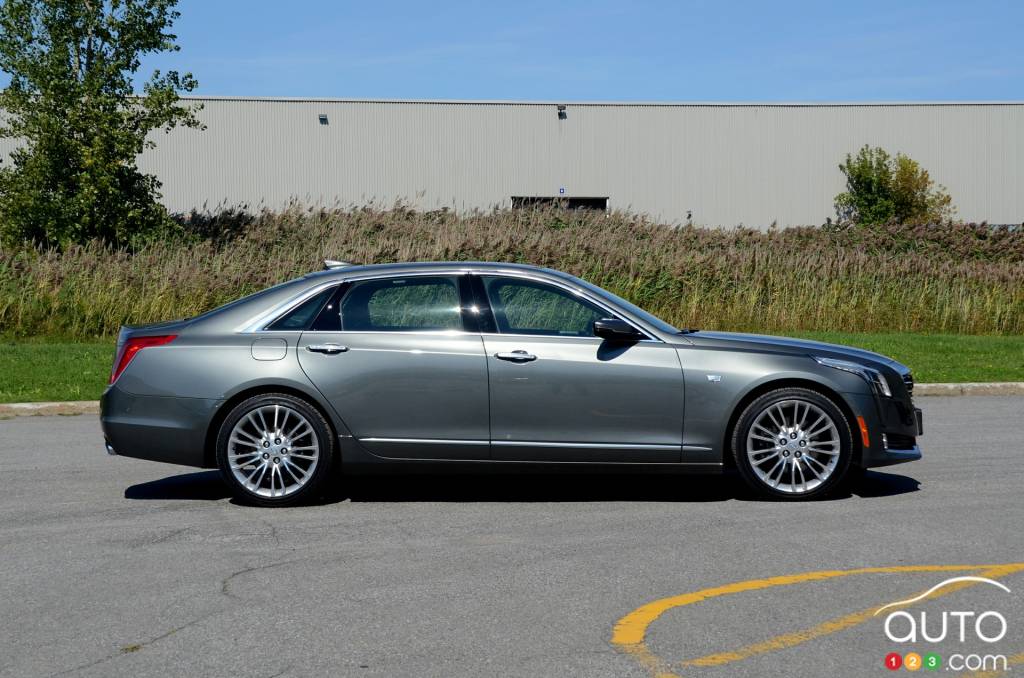 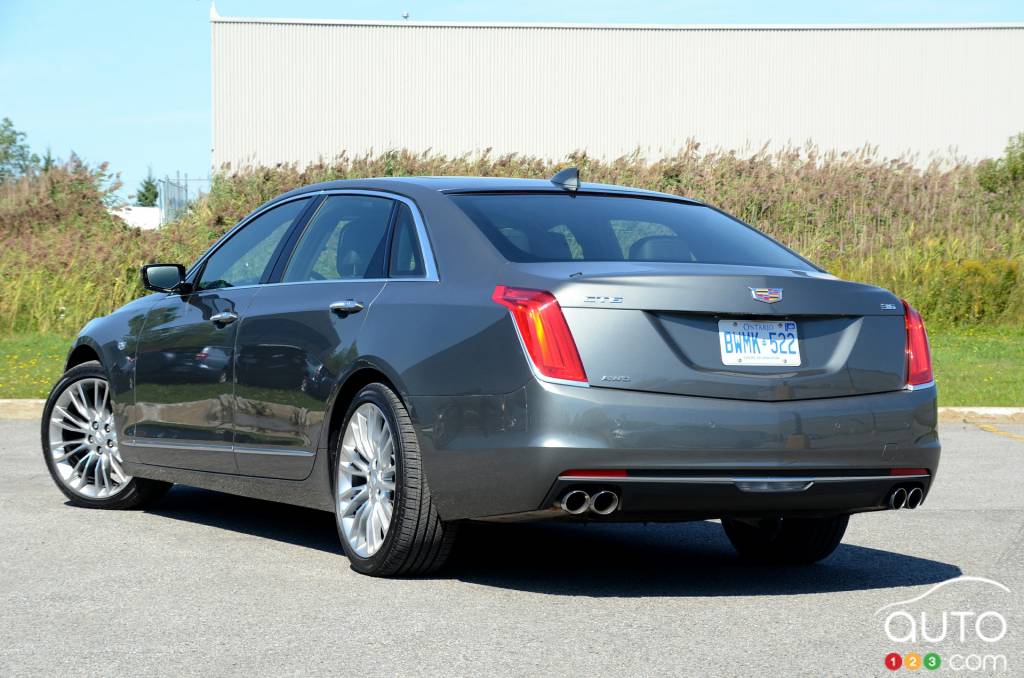 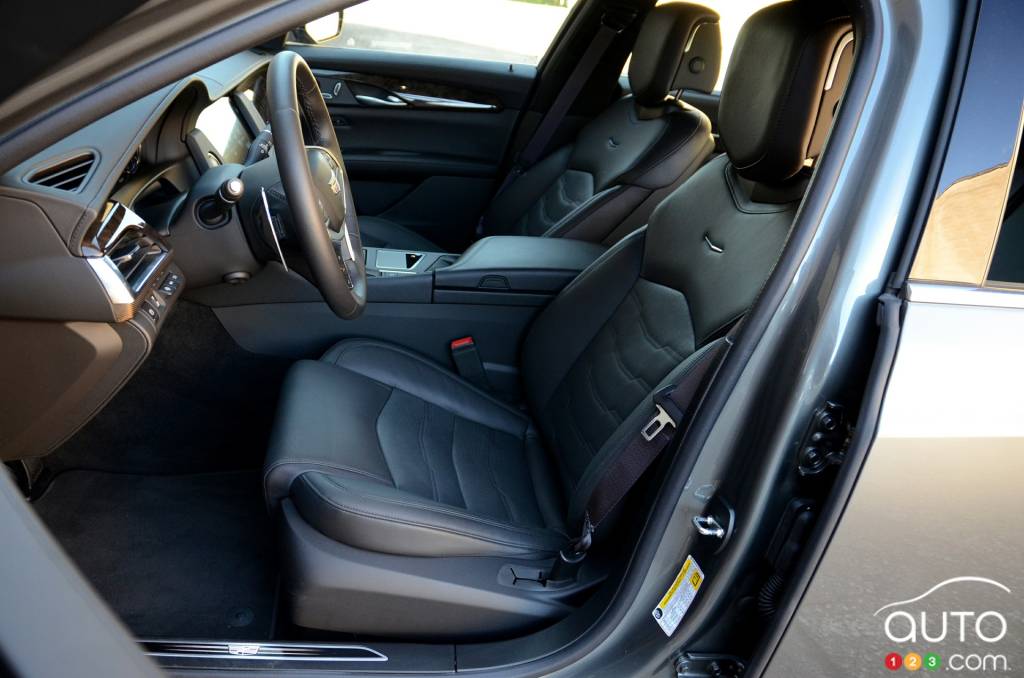 Cadillac's New V8 Could Serve the Next Mid-Engine Corvette

The announcement of a new V8 twin-turbo from Cadillac has set the rumour mill turning, specifically regarding its possible use in the upcoming new mid-engine...

2018 Cadillac CT6: At the Wheel of a Car that Drives Itself

Flagship model for the venerable American luxury brand, the Cadillac CT6 is big, brawny and beautiful. But the big news for 2018 is the addition of ever-more...

Demonstration of the Self-Driving Cadillac

Set to arrive on the Canadian market this fall, the 2018 Cadillac CT6 will feature, as an option, what GM promises to be the industry’s first truly hands-fre...

Articles By
Vincent Aubé
The 2021 Toyota Venza presented in Montreal ....
Article
2020 Subaru Forester Review: a Short-List SUV
Review
Top 11 Sure Buys on the Automotive Market in ...
Article
More from this author