One of the biggest automotive splashes made over the past year was by the new Kia Stinger. A genuine design and performance masterstroke, the sedan earned positive reviews, with many likening the driving experience it delivered to that usually only found in luxury sports models.

On its introduction, the Stinger made available to Canadian consumers featured a 3.3L twin-turbo V6 with direct fuel injection. Now, Kia Canada has announced that it will introduce an entry-level version powered by a 2.4L 4-cylinder turbo, also with direct injection. Called the GT-Line, this version will get all-wheel drive.

Pricing has not been announced, but will of course be less than what the V6 is going for, making the model more accessible to budget-minded consumers. We’ll see if that’s actually the case when prices are provided… 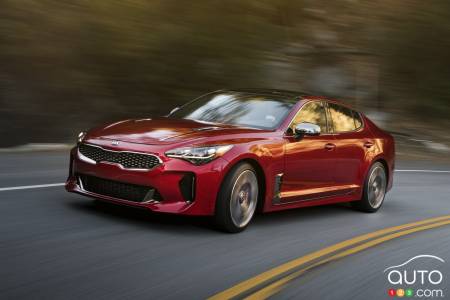 Kia is understandably enthusiastic about the pending arrival of this new variant, especially as the past few months have given the company little to be excited about.

“Long before it even arrived in our dealerships, the Stinger was already the industry’s hottest car – and for good reason. Since its arrival, the overwhelming customer feedback on the 3.3L version has demonstrated that Canadians are ready for a new option in the sports sedan market, so we’re excited to now be adding the 2.0L Stinger to give the old regime an even harder run for their money.”

We’ll be watching for the announcement regarding pricing and will provide you with that as soon as we have it.

Also on tap on Auto123.com, road tests of the 3.3L V6 and 2.0L 4-cylinder versions. Stay tuned to see which version of this much talked-about model comes out on top! 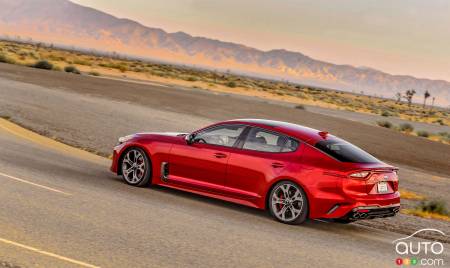 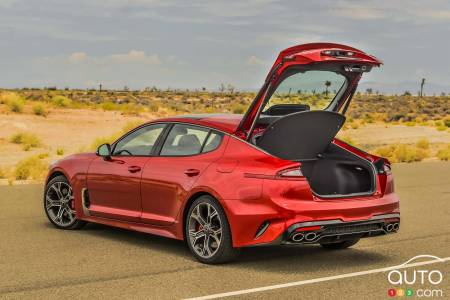 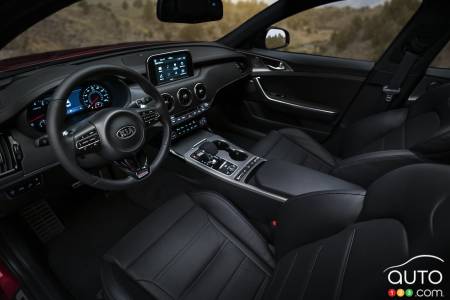 Top 10 Interiors for 2018, According to WardsAuto

Each year WardsAuto publishes a list of what it deems the 10 best vehicle interiors on the market. For 2018 the ranking overflows with bold designs, and acco...

While it failed to earn the title of 2018 North American Car of the Year, the all-new Kia Stinger has won over other juries in Canada and beyond with its exc...