Mercedes-Benz is planning to introduce 10 electrified models to its lineup by 2022, and has even created the new EQ division to help bring those new vehicles to market. We’ve learned that one of those will be dubbed the EQ S, a sedan that will take its place at the top of the automaker’s vehicle hierarchy.

According to the Bloomberg website, the new EQ S, currently in development, should be ready to go by 2020, and it will represent the German company’s direct attack on the Model S from Tesla. It’s believed the car will benefit from a battery system entirely different that the one currently produced by Mercedes-Benz.

It will be interesting to see what approach the automaker takes regarding the design of its electrified models. Certainly the opportunity to create a whole new design signature is there.

Mercedes-Benz boss Dieter Zetsche indicated that every model the company produces will eventually be electrified in some form or other. Reading between the lines would indicate that the plan is to incorporate the 48-volt light-hybrid system already in use in the latest CLS-Class.

Changes at Mercedes-Bezn mirror those gradually sweeping across the industry as a whole. Volvo has already announced its intention to go massively electric across its vehicle lineup starting in 2019; even its Polestar performance variants will be included. Audi has just introduced the e-tron Vision Gran Turismo on the occasion of the Grand Prix Formula E event in Rome.

The big names in automaking are lining up their guns in anticipation of what is sure to be a ferocious battle in the electrified luxury segment in the coming years. In fact, the industry as a whole as we know it may look quite different five years now. 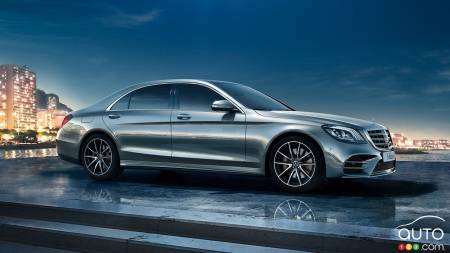