Announcements concerning new products bearing the VW badge have been sprouting like springtime buds on trees in recent months. The latest, which for the moment remains just a report, unconfirmed by the manufacturer, relates to the possible arrival next year of a four-door coupe version of the Volkswagen Tiguan.

French website Automobile is reporting that the Tiguan Coupe would take the MQB platform used on the European version of the model, which is offered as a five-passenger model on that side of the Atlantic. The mechanics powering the vehicle would be the same, but the coupe would split from its sibling in regards to styling and its sportier, more-aggressive profile.

The product could in many respects resemble, at least on the outside, the CrossBlue Coupe concept that debuted back in 2013 in Shanghai and that we’ve seen at auto shows on more than one occasion since. In fact, VW has presented a number of design studies in recent years that now we’re starting to see inch closer to being production-ready. 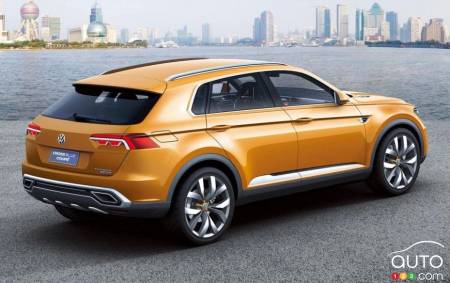 Volkswagen is saying nothing publicly regarding the story published by Automobile, but we know that the company has big plans for its range of SUVs. The addition of a sportier, sleeker Tiguan variant seems like a logical move.

One big question that remains, from where we sit, is whether the Tiguan coupe will remain on the old Continent or make the crossing to North America.

Given that Volkswagen has been open about its desire to enlarge its American portfolio, and given that the CrossBlue Concept has already been presented over here, notably in Los Angeles, it’s not unrealistic to expect that we could eventually get the Tiguan coupe version on this side of the Atlantic. Eventually. 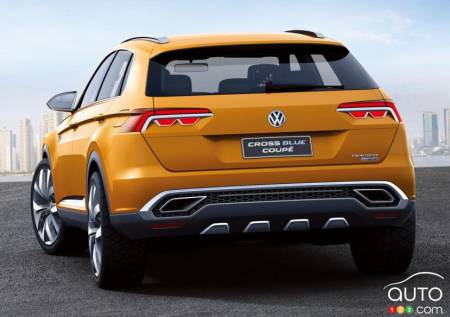 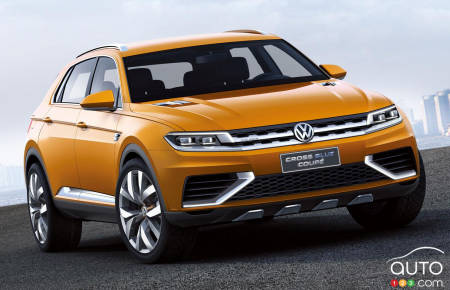 The Maverick could Return as a Ford Vehicle Name

Ford has trademarked the Timberline and Maverick names, and while it is not saying what for, the move comes just weeks after the company announced it will be...

Volkswagen has unveiled its new five-passenger Atlas Cross Concept at the 2018 New York International Auto Show, but it’s not the only Atlas-derived prototyp...