In recent years Volkswagen has presented a dizzying number of SUV prototypes that it plans on adding to its lineup. But VW lovers in North America will have to settle for checking them out online, because a good number of these models won’t be crossing the Atlantic to reach our markets.

In the case of the small T-Cross SUV, many suspected it would not make it to North America; sure enough, the automaker has just confirmed the model will be confined to overseas markets. The many reason given is its size: the model is deemed too small for our (as in, the American) market. The high-ish asking price it would be saddled with once on this side of the ocean is also considered too high to attract sufficient numbers of North American consumers.

We don’t actually know what the exact dimensions of the T-Cross will be, but Volkswagen says that the model will fit into the lineup beneath the new T-Roc, which is similar to the Jeep Renegade and is another model that won’t be appearing at North American VW dealerships.

Not that Volkswagen is bereft of plans for its SUV roster over here. The company confirmed in March of this year that we can expect another new SUV, slotting in beneath the Tiguan, that will be offered in several regions around the world with the exception of Europe, where it will be the T-Roc playing the role of smaller sibling to the Tiguan.

This unnamed new model would be Volkswagen’s third SUV to be sold in our market, after the Tiguan and the Atlas, which was named our 2018 Midsize SUV of the Year, by the way. Although if you stretch the definitions, you could consider the Golf Alltrack to be a utility model…

That’s not all; yet another SUV is planned for the North American continent. That would be a five-seat version of the Atlas, unveiled as the Atlas Cross Sport concept this past spring in New York. If and when this version hits the market, that would bring VW’s total of SUVs here to four.

Both of the new North American SUVs mentioned above are expected to be ready by the end of this decade.

By the time we’re properly into the 2020 year, the picture regarding the Volkswagen lineups in both North American and Europe should be much clearer. 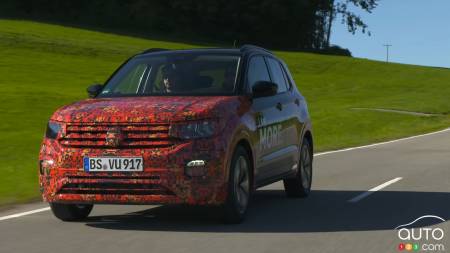 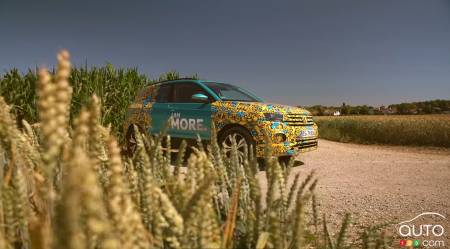