Volvo had previously announced that its plans include making fully electric vehicles account for half of its sales by 2025, and had promised that all of its models would be offered in some sort of electrified form by 2019. Now the Swedish manufacturer is making another equally bold prediction: by that same year, one-third of the vehicles it sells will be self-driving.

Another sign that autonomous vehicles are on the horizon, and approaching fast, whether we’re ready or not.

The company also said that it will continue to offer Care by Volvo. This service allows buyers to acquire a vehicle for a fixed monthly subscription fee, which covers insurance, maintenance and replacement of some parts, among other things. Car by Volvo has allowed Volvo to increase its profit margin. By 20205, the company wants to sign up five million subscribers who will benefit from a range of services.

"The company has been transformed since 2010 into a global premium car company. Now it is time for this transformation to be turned into a period of sustained profitability in line with other premium brands."

Volvo’s stated goals are certainly ambitious, and 2025 is not very far away. It will be interesting to see if the automaker is able to keep its promises. 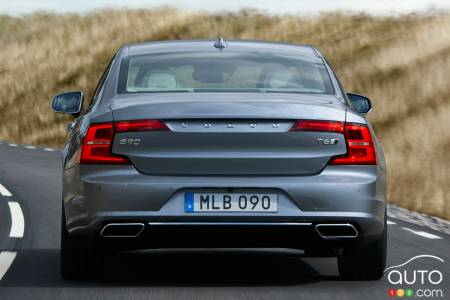